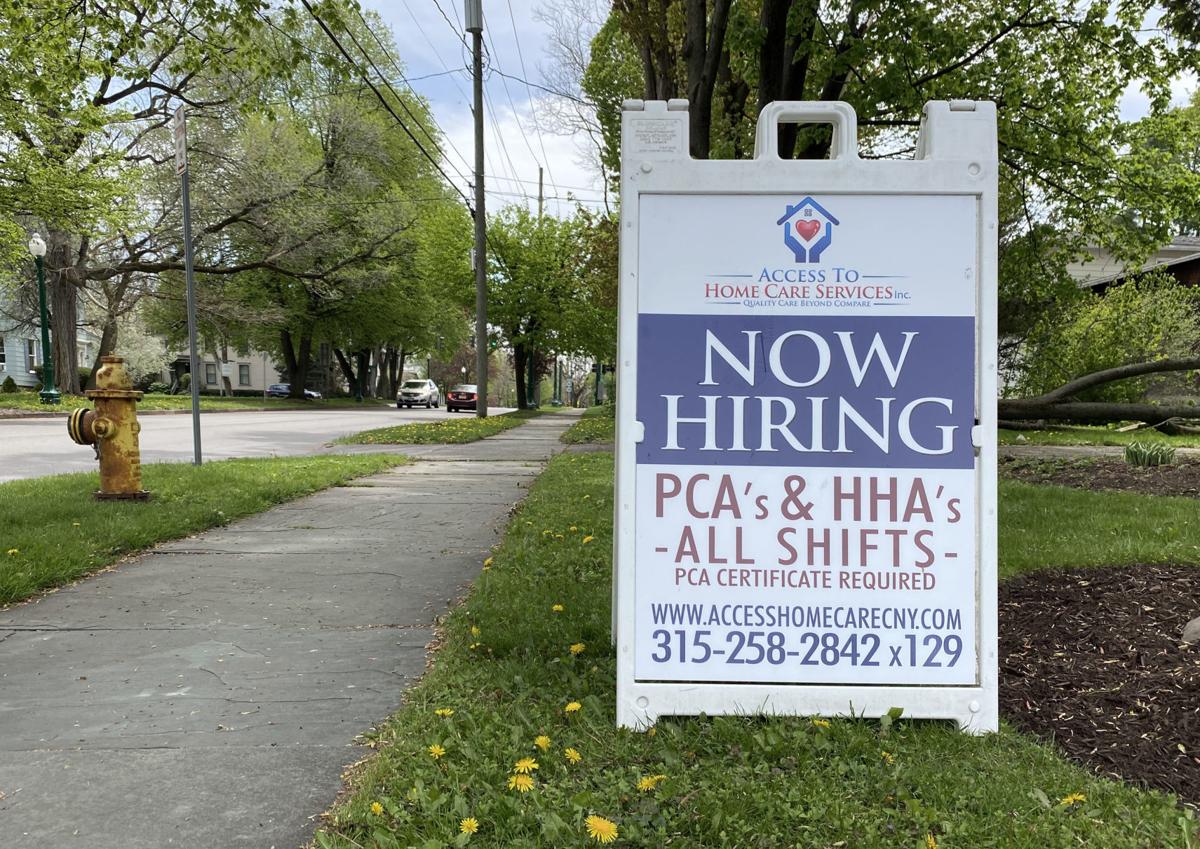 A rare help-wanted sign is displayed as unemployment soars in Cayuga County and New York. 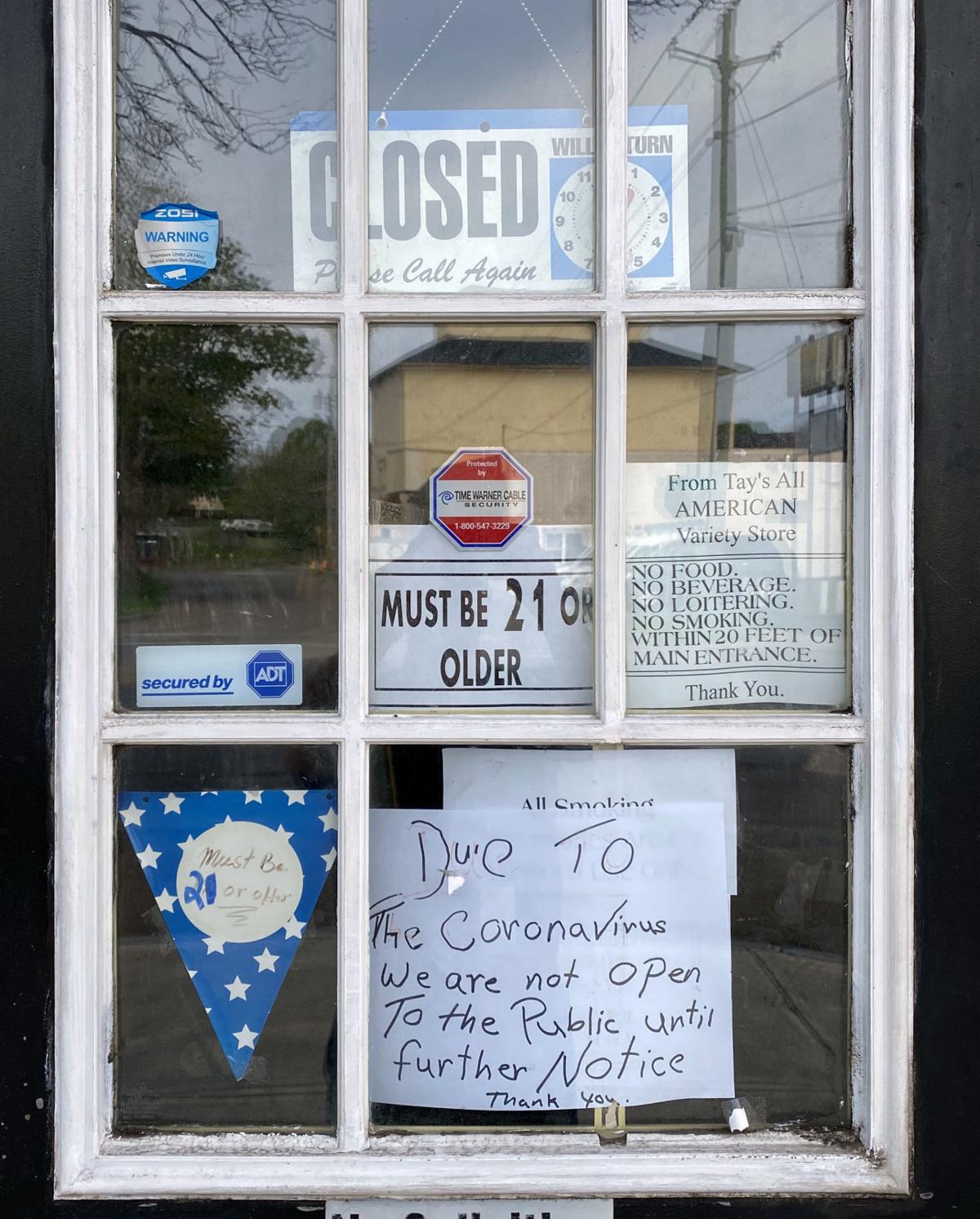 New York workers affected by the coronavirus-induced economic crisis have received more than $9.2 billion in unemployment benefits in 2 1/2 months — over four times the total paid out by the state in 2019.

The amount, which was revealed by state Labor Commissioner Roberta Reardon during a conference call with reporters on Monday, highlights the massive impact of the economic shutdown on New York workers and how it strained an unemployment system that wasn't built for such a catastrophe.

The state Department of Labor faced criticism after many New Yorkers complained they didn't receive their benefits. In news stories and social media posts, several unemployed residents said their claim was pending and couldn't contact the department. The volume of calls overwhelmed the phone system. The website would be unavailable due to the number of New Yorkers attempting to apply for benefits.

There were improvements to the application — the state partnered with Google Cloud to streamline the process — and the state added employees to handle a large number of calls to the unemployment hotline.

Reardon, who said that New York took "decisive and quick action" to process applications, acknowledged the challenges of responding to the worst economic crisis since the Great Depression. She noted that more than 36 million Americans have filed for unemployment. The national jobless rate is 14.7%.

As New York appears to have assisted countless New Yorkers who had difficulties accessing their benefits, others are still waiting for help.

For the first time on Monday, Reardon provided details about the unemployment backlog — the people who filed claims, but haven't received any money.

According to Reardon, 1.2 million applications were submitted between March 2 and April 22 that have been approved by the Department of Labor and are now considered payable claims. Those who've had their claims approved can receive their benefits if they submit weekly certifications, a federal requirement.

The certifications inform the Department of Labor of how many days you worked in a given week and helps calculate the weekly benefits you will receive. Those approved for benefits can be paid for up to four "effective days." An effective day is a full day of unemployment.

But the backlog isn't limited to those who have already been approved for benefits. Reardon said about 50,000 people applied for unemployment insurance, but it was determined they aren't eligible for traditional benefits. The state Department of Labor has contacted them and explained how to apply for Pandemic Unemployment Assistance, a federal program administered by the states to help self-employed individuals, independent contractors and others who aren't eligible for unemployment insurance.

Another 16,000 claims are being processed and should be payable soon or the department may need more information from the applicant, Reardon explained. The information is important because it can verify the claimant's identity and prevent fraud.

There are at more than 23,000 applications that the state hasn't processed because critical information is missing. A majority of the partial claims the state has received, Reardon said, are missing federal employer identification numbers — information that is required on the unemployment claim.

The state Department of Labor has improved its communication systems to contact unemployed New Yorkers about the status of their claim or to request more information. For those approved for unemployment insurance and missed past payments, an online back certification system was established for New Yorkers to file certifications they missed.

In less than two weeks since the new system was set up, Reardon said approximately $290 million has been paid to nearly 180,000 New Yorkers.

"That is a massive number," Reardon said, "and we will continue to use this new system to ensure New Yorkers receive every dollar that they are eligible for."

More online and inside

Video of Gov. Andrew Cuomo's Tuesday COVID-19 briefing; a collection of parades and socially distanced events in the Cayuga County area during the pandemic; the latest Cayuga County-area closings, cancellations and meeting/event changes

Check out these coronavirus reports in today's pages:

• Centro getting federal money, A3

• Rotary Club to hold another milk giveaway, A3

• Our view: Don't overlook mental health in isolation, A4

• The daily coronavirus briefing brings you the latest key developments from around the nation and world, A7

• Belmont Stakes rescheduled for June 20, B1

It's a tough but necessary decision: The New York State Fair has been canceled for 2020.

State Sen. Rob Ortt is the youngest member of the Senate Republican Conference. Two weeks ago, he became its leader.

For many New York malls, the COVID-19 shutdown ends this week.

New York State Fair Director Troy Waffner and his team developed plans for a fair during the COVID-19 pandemic. They explored ways to hold the…

John Lemondes has won the first of two races in his bid to succeed retiring state Assemblyman Gary Finch.

U.S. Rep. John Katko is renewing his call for the federal government to help local governments affected by the COVID-19 pandemic.

A bill proposed by U.S. Rep. John Katko would require federal government agencies to develop response plans for another surge in COVID-19 cases.

In 2018, Dana Balter had a late surge but ultimately came up short in New York's 24th Congressional District race. If a new Democratic politic…

A rare help-wanted sign is displayed as unemployment soars in Cayuga County and New York.