A state inspector general's investigation found the Department of Corrections and Community Supervision used false-positive drug tests to penalize more than 1,600 incarcerated individuals, including some who were placed into solitary confinement.

The inquiry began after DOCCS informed the inspector general's office in September 2019 that its drug tests were producing false-positive results. The issue became public in September 2020 when the department announced that it suspended its contraband drug testing program.

According to the inspector general's 69-page report, DOCCS began using drug tests manufactured by Microgenics to detect certain drugs, namely buprenorphine and synthetic cannabis. The instructions for the tests directed the department to use alternative tests to confirm the result of its preliminary tests — a method for ruling out any false-positive results.

However, investigators learned that DOCCS used Microgenics tests to retest the same samples. There were complaints about false-positive drug tests, including one which led the department to send six samples to separate labs to be retested. Four of the samples came back negative for buprenorphine, but Microgenics "did not advise DOCCS of this result in a timely fashion," the inspector general's office said. Other positive samples were sent to another lab, and five of the six samples were negative for the same drug.

"Despite this information, no immediate action was taken to reverse the disciplinary decisions of the five individuals who were still unjustifiably in confinement and pending sentencing on the disciplinary charges," the summary of the IG's investigation reads.

In one case, a woman who had never tested positive for drug use during her two-year prison sentence was placed in solitary confinement for 45 days and confined to her cell for an additional 40 days due to a false positive drug test. There were additional consequences, including the loss of her prison job, and she could no longer participate in the Family Reunion Program.

Another woman, identified as "J" in the report, was admitted into Lakeview Shock Incarceration Correctional Facility in August 2019. She had two false-positive tests, which resulted in her removal from the program. If she successfully completed the shock program, she would have been released in six months. But because of the false-positive drug tests, she was transferred to Albion Correctional Facility and was not released until September 2020.

In addition to the investigation's findings that incarcerated individuals were improperly punished, the review also found that DOCCS did not act quickly to take corrective action and that it improperly procured its drug-testing systems from Microgenics. The department also failed to oversee and train staff using the drug testing systems, the report says.

DOCCS terminated its contract with Microgenics and has since revamped its drug-testing program. After the inspector general's inquiry, 2,500 disciplinary reports were expunged and lost privileges were reinstated. The department also ended the use of solitary confinement for positive drug tests.

"The fact that incarcerated New Yorkers were further deprived of their liberty without cause or due process is devastating," Inspector General Lucy Lang said. "While those individuals who were aggrieved by this flawed testing program cannot get back the time or liberties that were unjustifiably taken from them, I am encouraged that DOCCS has taken steps to rectify these injustices and recognized that the use of solitary confinement as a potential sanction for drug use disciplinary violations should be prohibited."

In a statement, a DOCCS spokesperson said the department "fully cooperated throughout the (inspector general's) investigation and, as noted in the report, DOCCS has adopted and is implementing all of the inspector general's recommendations."

"We appreciate the thoroughness of the investigation as DOCCS strives to run fair, safe and secure facilities across the state," the spokesperson added. 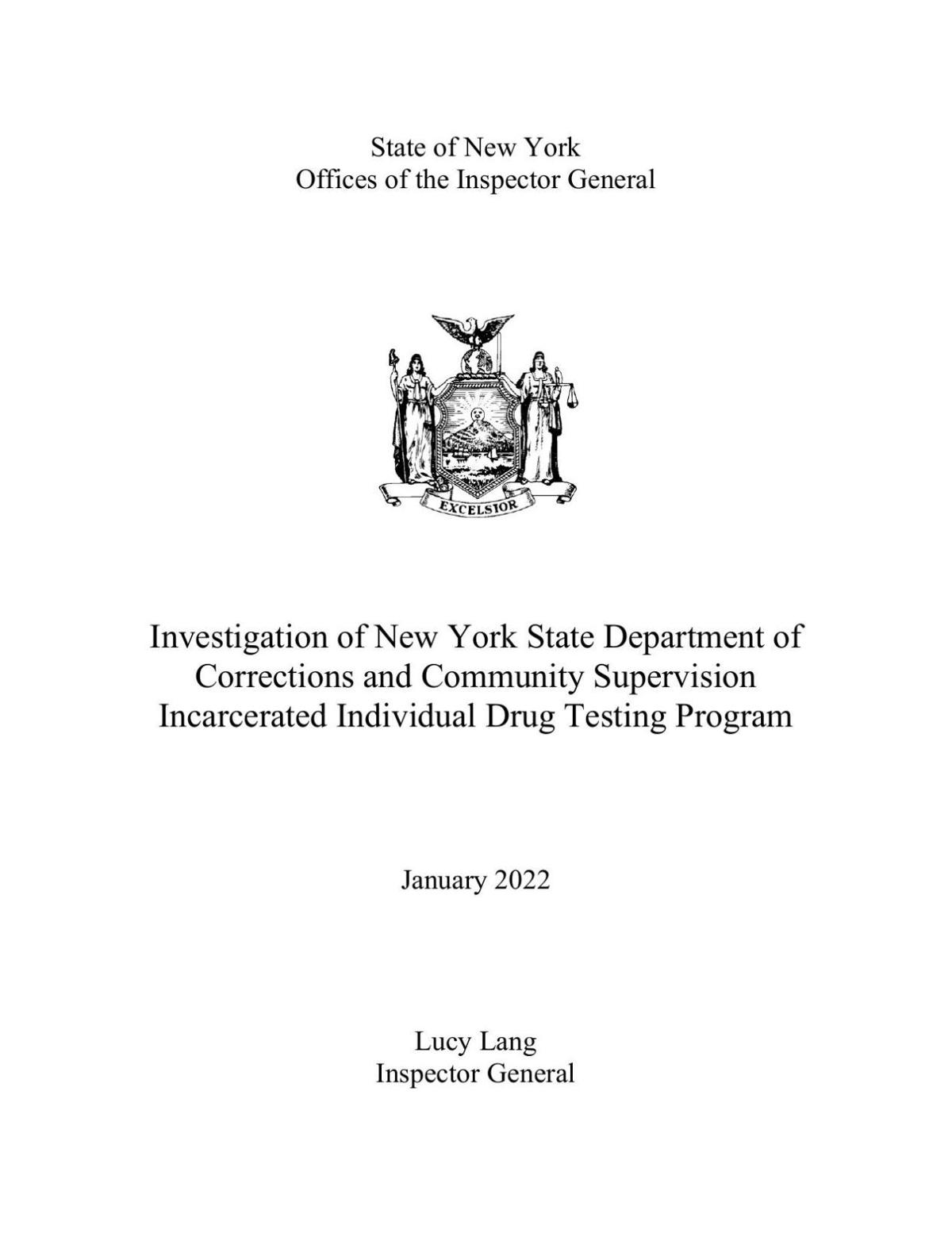 State Department says don't use Uber in areas around Cancun

State Department says don't use Uber in areas around Cancun