Centerport Aqueduct in Brutus is part of the Historic New York State Erie Canal system. A project to rewater the old section of the canal between the Aqueduct and Schassel Park in Port Byron so it can be used for recreational boating is in development by the town of Brutus and Cayuga County. 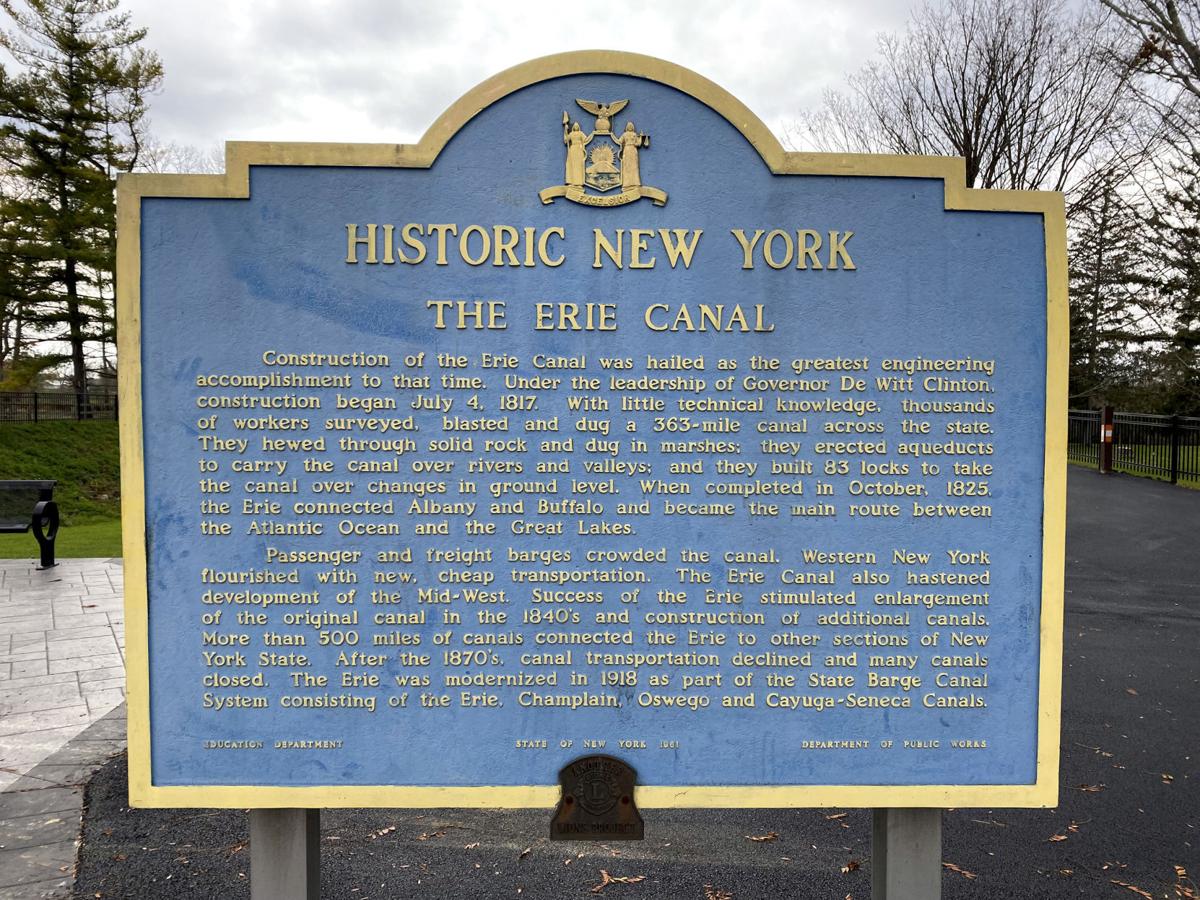 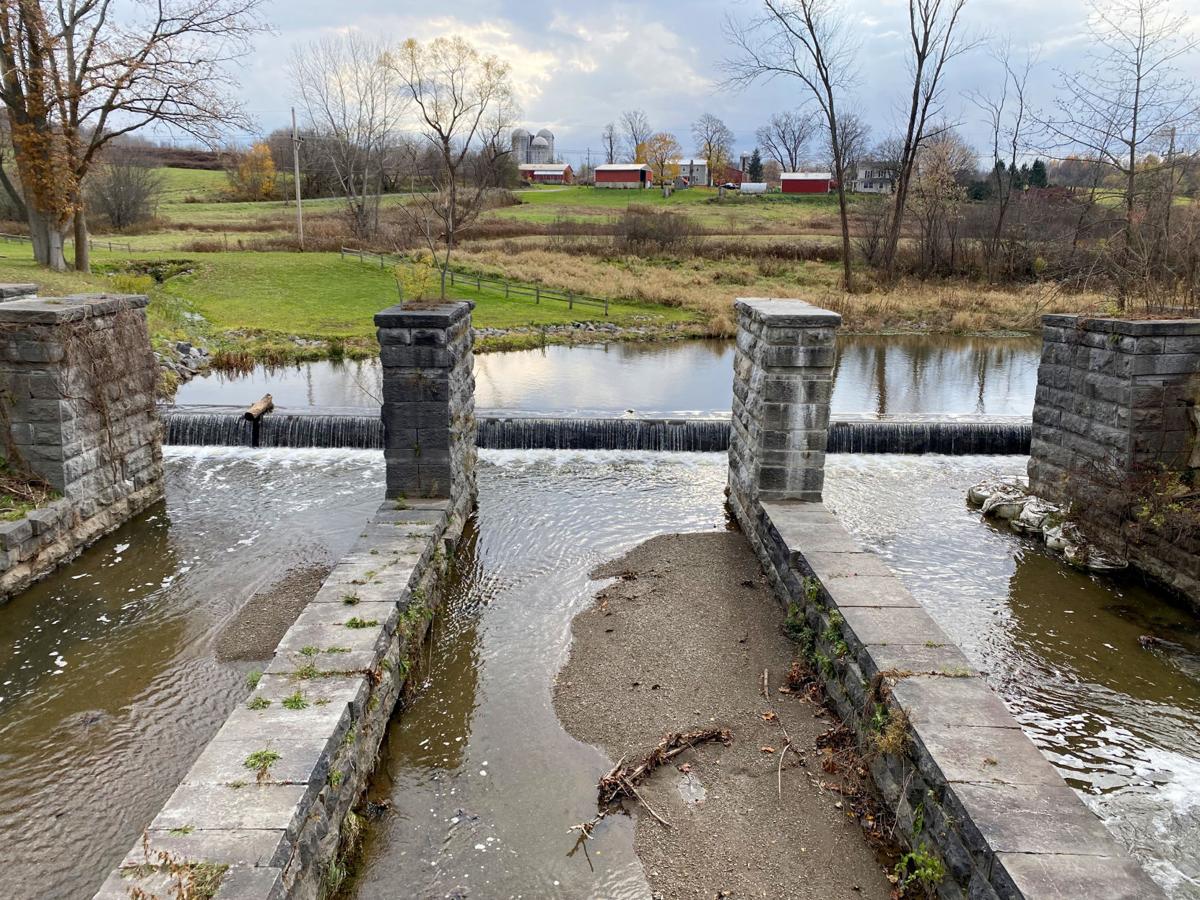 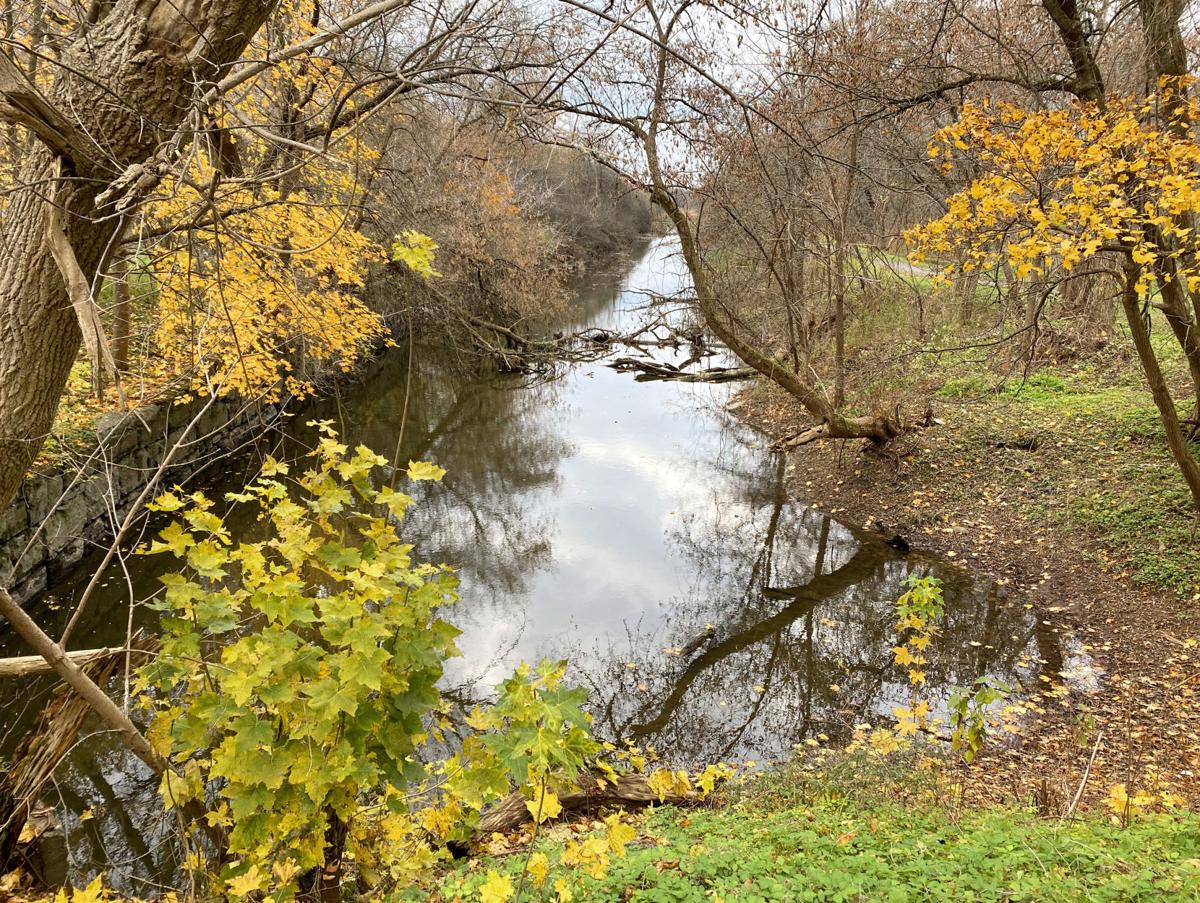 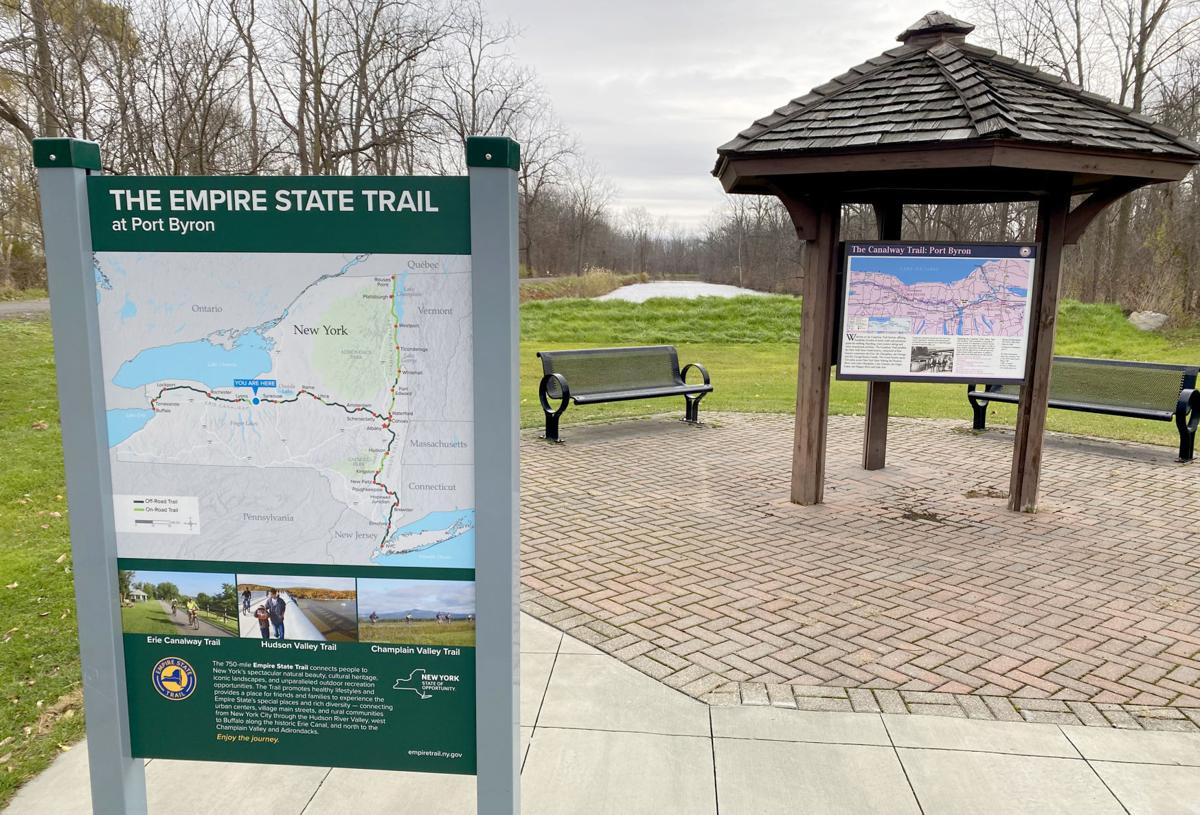 Lou Sorendo Special to The Citizen

Representatives of the Cayuga County Planning and Economic Development Department, the town of Brutus and Bergmann Associates DPC in Rochester presented the findings of the first phase of the Erie Canal Re-Watering and Trail Connections Project during a public information meeting held in Weedsport Monday night.

Phase 1 involved a flood study to determine whether the 3.4-mile portion of the Enlarged Erie Canal between Schasel Park in the village of Port Byron and Aqueduct Park in Brutus can be rewatered to support recreational boating activities. Also impacted by the project is the town of Mentz.

The project is funded by the New York State Environmental Protection Fund, Brutus and Cayuga County.

Construction would begin following acquiring additional funding and support for the final design.

The plan calls for infrastructure work at Schasel Park, a new regulated dam at the east end of the canal project, dredging to meet the original dimensions of the now-defunct canal section, and replacement of the culvert at Centerport Road. A new bridge will be constructed at Centerport Road, and no new water sources will be added.

John Steinmetz, community planning consultant for Bergmann Associates, helped provide an overview of the project at this week's public meeting. As lead on the project, the engineering firm is handling the hydrology, environmental, bridge design and trail enhancement portions of the plan.

The goal is to primarily create a recreational destination and regional attraction, Steinmetz said. He noted the project will result in economic development and an upgrade in quality of life for residents, while providing venues for recreational enthusiasts such as cyclists who use the Erie Canal Trail and people who may be attracted to operating hand-powered boats such as kayaks on a rewatered trail.

“It will add to the vitality and quality of life for residents and also attract visitors and potentially economic development that comes with that,” he added.

Steinmetz said the goal is to establish relatively consistent water depths of approximately 3-to-4 feet in the rewatered portion of the canal.

That can be accomplished without aggravating any flood issues that the area —particularly Port Byron — has experienced in the recent past, the first phase study showed.

The project's first phase encompassed a drainage study and assessment of alternatives, while the second phase involves testing, permitting, bridge and trail design. Phase 2 is expected to be complete by December 2022.

For the project to come to fruition, state Office of Parks, Recreation & Historic Preservation grant representatives need to approve the plan.

Greg Hutnik, senior planner/GIS (Geographic Information Systems) analyst with the county planning and economic development office, spoke about the tourism impact for the canal corridor communities in the county.

“The proposed project is needed to help surrounding towns and villages leverage NYS Canal Heritage investments,” he said. “This project is an essential component of an overall strategy to capitalize on economic opportunities available as a result of recent and robust state investment in the new Lock 52 Canal Heritage Park on the New York State Thruway and along the Empire State Trail system.”

The Erie Canalway National Heritage Corridor has made nearly 100 grants to communities and nonprofit organizations since 2008 that have spurred nearly $2.5 million in additional investments in heritage preservation, recreation and education, according to the organization.

Recent grants were received earlier this year to improve the Erie Canal Heritage Park at Port Byron and the Montezuma Audubon Center.

Hutnik said the study showed that flooding issues "will not be exacerbated by the recommended solution to re-water the Enlarged Erie Canal in the project area, and may even help reduce the chances for flooding."

Total project funding for the full design and engineering phase — including the flood study — is $557,735, of which $418,300 is funded through the state grant and the remainder shared between the town of Brutus and Cayuga County, Hutnik said.

New York state was among the states with the greatest declines in travel, tourism and outdoor recreation employment due to the pandemic. Despite this, Hutnik said it is feasible to take on a tourism-related project of this magnitude.

“Projects that promote tourism are even more needed in light of this reported decline in tourism,” he said.

In tandem with the public information meeting, a three-day conference hosted by the Canal Society of New York State and the state Canal Corp. concluded Monday in Schenectady.

This year’s conference focused on enhancing and promoting the canal system, a priority under the state’s Reimagine the Canals initiative launched in 2019.

The initiative is aimed at celebrating the history and recreational potential of the Erie Canal as a driver of economic development and tourism for canal-side communities and the state while leveraging infrastructure upgrades to lessen the threat of flooding and improve quality of life.

The state has reportedly built off those goals during the pandemic by highlighting the canal system as a destination of outdoor recreational activities and promoting new ways to experience the historic waterway through camping, kayaking, fishing and more.

Cayuga County has 12 miles of canal, from the Richmond Aqueduct in Montezuma to Lock 51 on the Onondaga/Cayuga County line.

The state Office of General Services has awarded four contracts worth more than $1.4 million to build a new concession stand for one of the Ne…

A month after wrapping up his third and final term as a Cayuga County legislator, Timothy Lattimore is in line to fill a vacancy on the county…

After three consecutive state budgets that gave the governor authority to expedite the closure of New York correctional facilities, there are …

Mobile sports bettors in New York wagered more than $600 million in less than 10 days, according to state Gaming Commission records.

WATCH NOW: Bruce Miller sits down to talk with Oscar nominee Diane Warren about her success

Watch Now: Point in Time Count for the homeless

Watch Now: Point in Time Count for the homeless

Centerport Aqueduct in Brutus is part of the Historic New York State Erie Canal system. A project to rewater the old section of the canal between the Aqueduct and Schassel Park in Port Byron so it can be used for recreational boating is in development by the town of Brutus and Cayuga County. 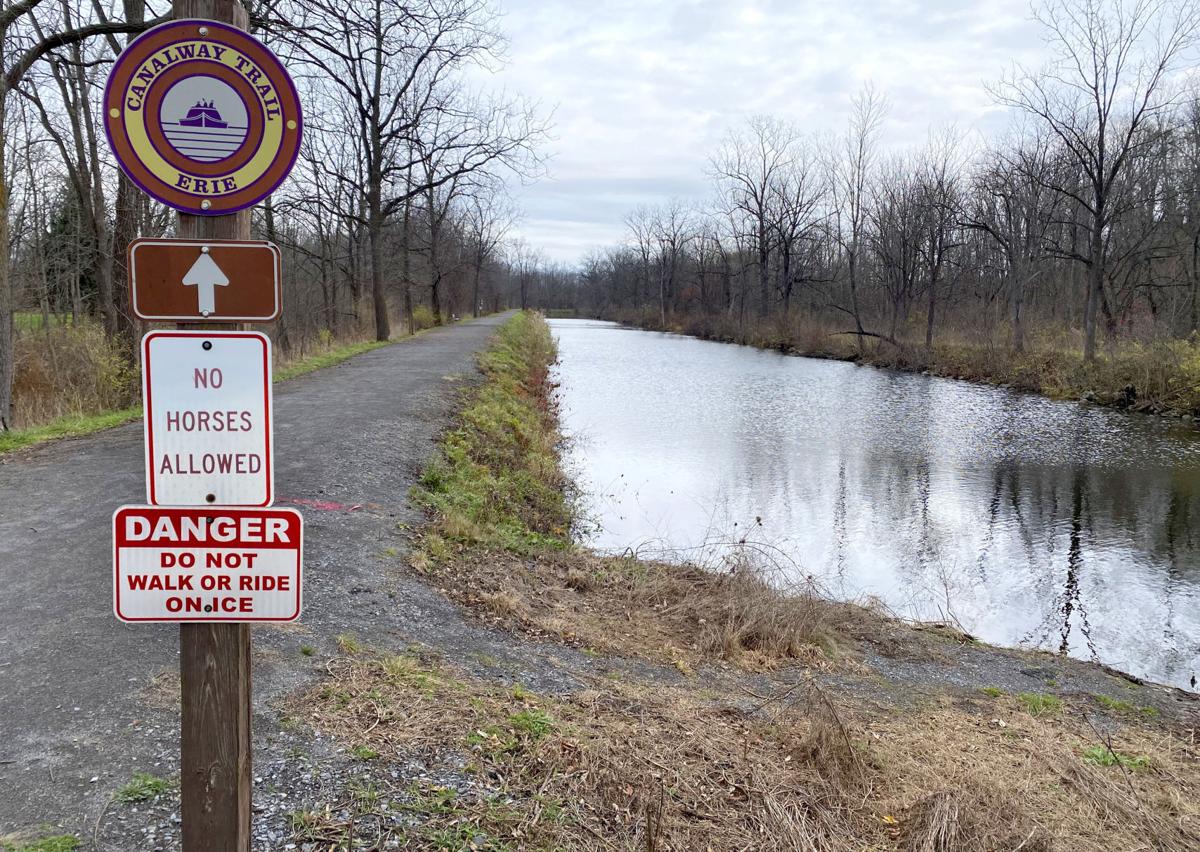 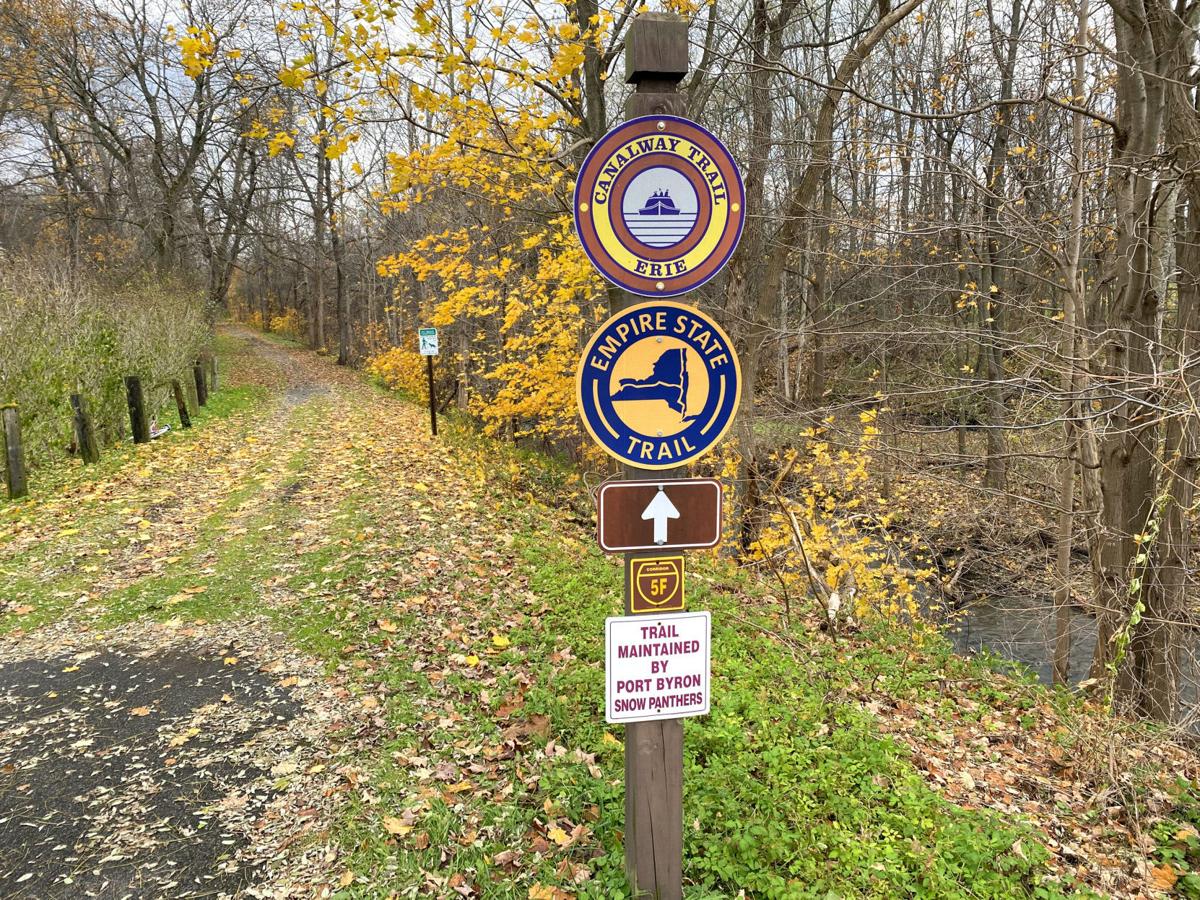