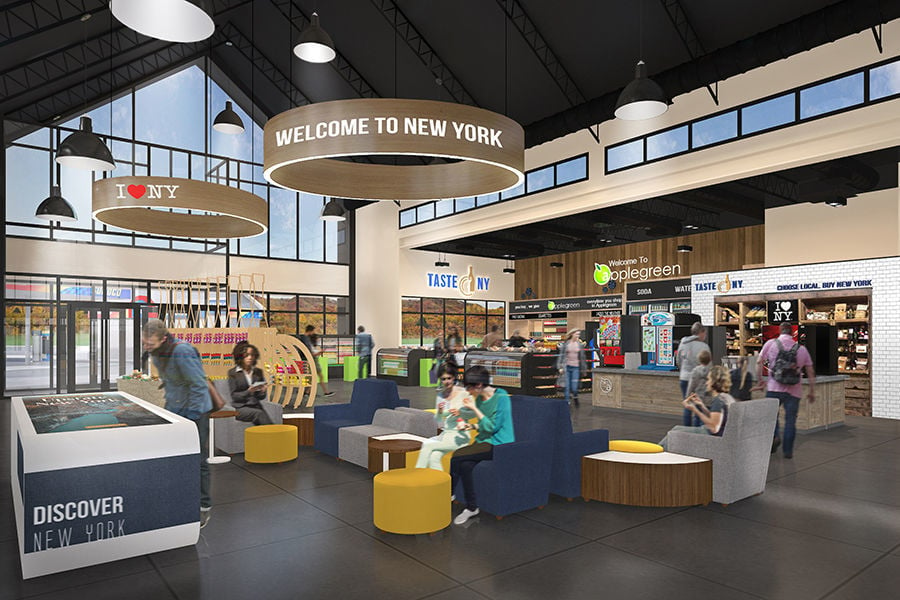 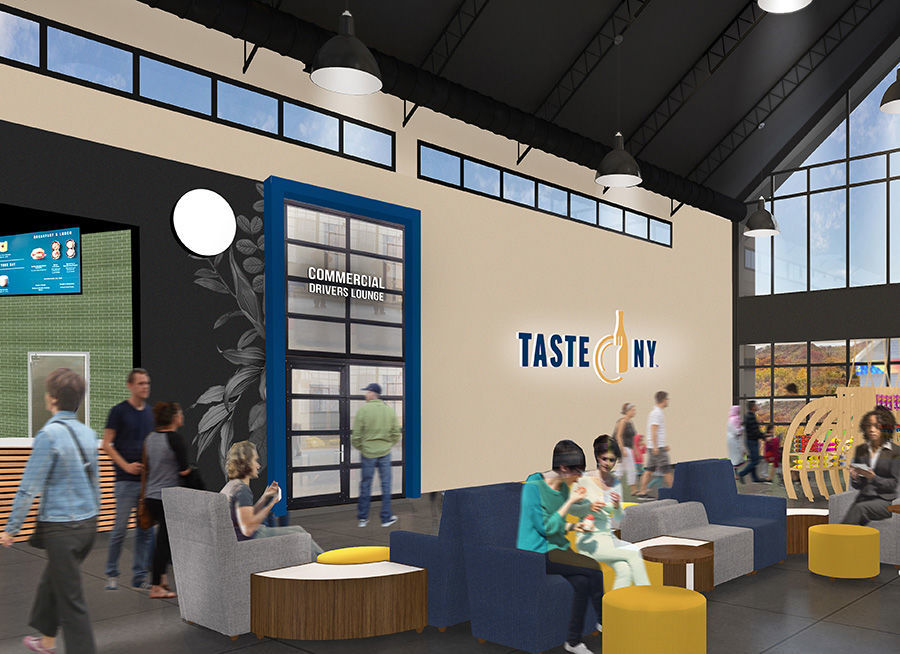 The 27 service areas along the New York State Thruway are about to get a major facelift.

The redevelopment of the service areas will be privately funded. No taxpayer or Thruway toll payer funding will be used.

There will be two phases of construction. Sixteen rest stops — 12 that are currently operated by HMS Host and four operated by Delaware North — will be rebuilt or renovated beginning in 2021. The remaining 11 service areas, which are operated by McDonald's, will be part of the second phase of the project that commences in January 2023. Consecutive service areas in the same direction of travel won't be closed for construction to ensure that amenities remain available to Thruway motorists.

The reconstruction or renovation of the service areas will cost nearly $300 million. The 33-year contract with Empire State Thruway Partners also includes $103 million in upgrades later in the term.

Empire State Thruway Partners will operate the restaurants and services at the travel plazas. The group will pay 0.84% of gross sales to cover rent for the facilities. Based on projections, the Thruway Authority will receive $85.3 million in rent during the life of the contract.

Before the contract is finalized, it must be approved by state Attorney General Letitia James and state Comptroller Tom DiNapoli. Empire State Thruway Partners and the Thruway Authority could terminate the deal if the consortium can't secure financing.

It will be the first time since the 1990s that any major improvements have been made to the service areas, which includes the Port Byron plaza along Interstate 90 eastbound that passes through Cayuga County. The service areas were first built in the 1950s.

Gov. Andrew Cuomo proposed the redevelopment of the Thruway service areas in his 2018 State of the State address. Later that year, a request for proposals was issued by the Thruway Authority.

Enclosed areas for pets and private areas for nursing mothers will be available at "select locations," according to the Thruway Authority. For commercial truckers, there will be fitness centers, laundry facilities and showers. More parking will be available, with the addition of 150 spaces at the 27 service areas.

The plan also aims to achieve environmental efficiency. Solar arrays will be installed, rainwater harvesting will be used and there will be reduced light pollution. Electric vehicle charging will be available at each of the 27 service areas.

"The Thruway is a vital connector for interstate commerce and its service areas provide motorists with essential travel amenities that allow them to reach their destinations safely," Thruway Authority Executive Director Matthew Driscoll said. "The upgrades planned with this redevelopment project include innovative, modern initiatives to improve the customer experience for the tens of thousands of travelers who use the service areas every day."

Coming to NY from state with high COVID-19 infection rate? You must quarantine

If you're coming or returning to New York from a state with a high COVID-19 infection rate, you will be required to quarantine for two weeks.

Cuomo: NY to crack down on illegal fireworks after numerous complaints

It has been a statewide problem, and Gov. Andrew Cuomo wants it to stop.

Democratic congressional candidate Dana Balter has a three-point lead over Republican U.S. Rep. John Katko, according to a new poll released b…

What NY businesses can, can't open in fourth reopening phase

Low-risk arts and entertainment activities may resume, but malls, for now, are shut out of the state's reopening plan.

A group of New York state senators is urging the U.S. Senate leader to support funding for local governments that are struggling due to the ec…

Before absentee ballots are counted in four central New York counties, Francis Conole has conceded to Dana Balter in the 24th Congressional Di…

U.S. Rep. John Katko joined all but a few of his Republican colleagues in opposing the Democrats' policing reform bill that the House passed T…

SYRACUSE — A day after becoming the presumptive Democratic nominee in the 24th Congressional District race, Dana Balter presented her case for…

Two months ago, New York had nearly 19,000 patients hospitalized due to COVID-19. The pandemic was ravaging the state and hospitals were at or…

Trump supporters and protesters meet outside the Trump rally in Tulsa

Trump supporters and protesters meet outside the Trump rally in Tulsa