Editor's note: The Rev. Patrick David Heery, of Westminster Presbyterian Church in Auburn, posted the following story to his Facebook page Friday. He has given The Citizen permission to share it, and the story has been reprinted as written.

Yesterday, our church’s Black Lives Matter sign was stolen in an act of hate. Let me tell you the story of the traveling sign, and how it made its way back home, in a divine message of hope on the eve of July Fourth.

For weeks, Westminster Presbyterian Church, Auburn, NY — a proudly open and affirming community of justice founded in the cause of abolition, where Harriet Tubman herself was married — has displayed a Black Lives Matter sign and LGBTQ+ Pride feather flags.

Thursday night, a white man in his 50s meticulously cut the zip ties holding the banner and stuffed the banner in his bag, before running off. It just happened that exactly at this time friends of the church were driving by and witnessed the act. In a beautiful twist of divine irony, these friends weren’t just anyone; they were two women, one Black and one White, who are married to each other, two people of deep Christian faith, whose beauty, dignity, rights, and lives our very banners were proclaiming: Nairobi O. Smith and Liz Jorolemon. They are our first heroes of the night, Liz having just come off a 12.5 hour shift of nursing at Upstate’s COVID Quarantine unit, and Nairobi having just finished preparing a church to resume worship as its worship leader.

Within 30 minutes of my phone call, no more than an hour and a half since the crime, a police officer pulled up to the church and got out of his car carrying the banner in his arms, like a precious child. He is the next hero of our evening: Officer Caruso.

He explained that he had found a man fitting the description provided by the witnesses. The man was inebriated. Having received the banner back, without much damage, and having been reassured that the police have his information should something happen in the future, I decided not to press charges. We are a church of love, after all. I do not know what addictions or struggles this man may face. I do know that inebriation is no excuse; he could have done anything, anywhere, but he targeted our sign, came prepared with scissors, and carefully cut each tie. There is undoubtedly hate in this man’s heart — to steal a sign proclaiming the value of life from a church. But I also know that someone had to put that hate there. I hope that, in our small act of forgiveness, a little love will slip in. For he too is a child of God.

But the night did not end there. No. The police officer and I proceeded to have a meaningful, loving conversation about Black Lives Matter. We talked about how we wanted to work together to improve our community. We quickly became friends. Unlike in many cities, the Auburn Police Department has stood in solidarity with our (completely peaceful) demonstrations for racial justice; our police chief took a knee with us. They are actively working with our advocacy organizations to create structural change. I thanked him profusely for his service to us tonight and for his solidarity. I told him that, contrary to popular conception, our proud and defiant statement of Black Lives Matter does not mean that we do not also value the lives of our police officers; we do value them, greatly; rather, it means that we want justice, healing, and freedom for Black and Brown Americans, who are not safe, whose lives are not allowed to matter as much as White lives due to entrenched racism. But we know that there are good, committed police officers, and this Officer Caruso was clearly one tonight. I thanked him for his service, for I know the risks he takes, the good he does, the difference he makes, and how little appreciation he often receives.

We parted, saying we wished we could shake each other’s hands (oh COVID!). We parted with love.

And so that’s the story of how a church’s Black Lives Matter sign was stolen by a drunk white man, witnessed and reported by a lesbian, interracial couple, retrieved by a white police officer who immediately jumped into action, and returned to the church, which forgave its violator, prayed for his welfare, and proceeded to have a beautiful, empowering conversation, police officer and pastor, about working together for Black Lives Matter so that in the end all lives can matter. That’s the story of how God had to put all these people together, just at the right moment. That’s the story of how a simple sign became a message of hope in a world that feels like it’s burning. It is just a small moment. There is so much work to do, so much systemic injustice to confront, so many people who cannot breathe. But on that one precious night, for a moment, all was LOVE.

The Rev. Patrick David Heery is the pastor of the inclusive and welcoming Westminster Presbyterian Church in Auburn, which was founded as an abolitionist church in collaboration with leaders such as Harriet Tubman and Frederick Douglass, and which is a lifetime member of the NAACP and the host of the Human Rights Commission. A graduate of Princeton Theological Seminary and former editor of Presbyterians Today, Patrick lives in Auburn with his wife, Jenna, their son, Emerson, and their two dogs.

Schenck: We must be willing to cross bridges to move community forward

Have you ever noticed how many bridges you cross when traveling down a highway or walking from one place to another? To get from point A to po… 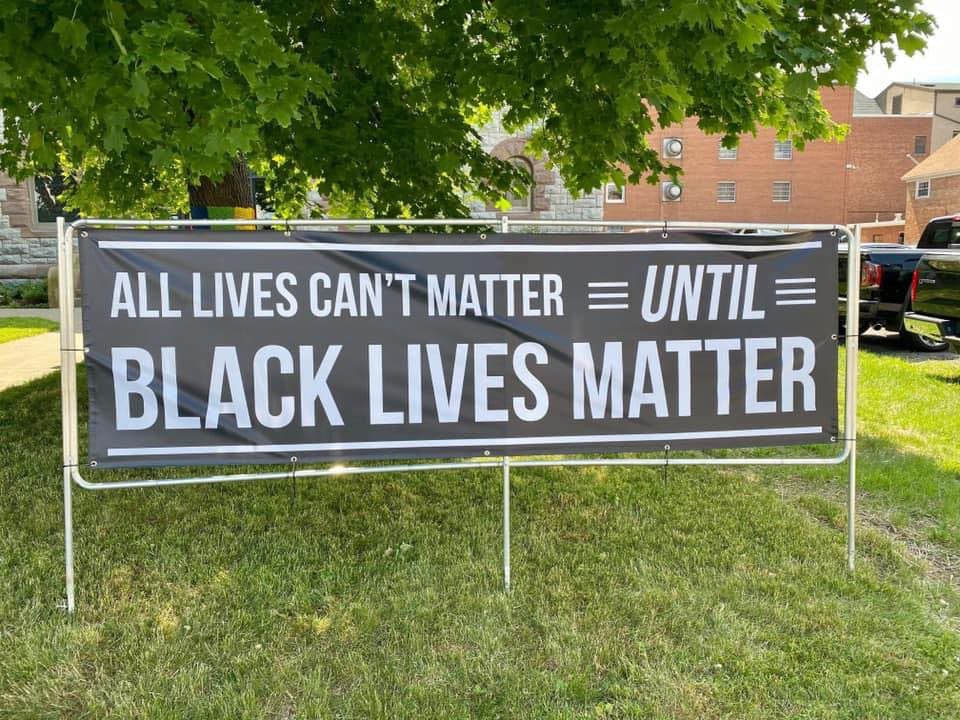