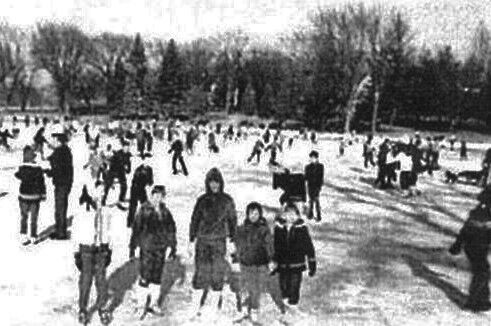 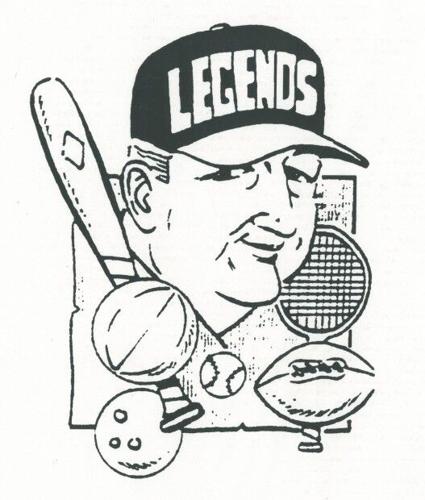 Today's story comes to us from Auburn native Maria Gallo Ashbrook, currently residing in Wellesley, Massachusetts. Thanks Maria for these terrific memories of growing up in Auburn and the reminder of how lucky we are.

Hi, Ormie. As you know, Hoopes Park celebrates its 100th anniversary this year. With the holiday season in full swing, I’d like to share some memories of this precious gift that was given to the city of Auburn in 1922.

The park was created on land donated by the family of Edward Hoopes, a businessman and real estate investor from Philadelphia. According to the website New York Historic, “His estate stretched from Seward Avenue on the west, to Hunter Avenue to the east, with Havens Avenue forming the southern border, and just beyond Capital Street on the north. ... After Hoopes’ death, his family donated a small, unused portion of land to the city, to be used as a park.” The clubhouse was built by the city in 1929.

Generations of Auburnians have enjoyed the park in every season. Growing up in the 1960s and 1970s, I recall muddy Easter egg hunts in the springtime, searching every bush in vain for the gold and silver eggs that held the promise of a new bicycle. Summers brought rose gardens in bloom and concerts by The Cayugans and Auburn Civic Band. And in early fall, the ducks flocked to the small pieces of bread we threw in the pond. But hands down, my favorite season at Hoopes was wintertime!

Winter meant ice skating on the pond. I remember first making my way down the steps to the ice, holding onto the railing for dear life! As my parents held my hands, I skated a few yards with my beginner skates. There was nothing like skating on wobbly ankles for the first time, a moment to be treasured.

Years later, figure skates meant that I had arrived as a tweener. I quickly made pompoms from colorful yarn to attach to the toes of my skates like all the big girls. Sometimes my older sisters and I skated from our home at the bottom of Evans Street all the way down Genesee on the sidewalk! If we wore our boots, we checked them in at the cubbies in the clubhouse.

What middle school heaven to play red rover, crack the whip and tag. Skating guards in bright orange vests whizzed across the ice and blew their whistles to keep everyone in line. Of course, hockey players sped past us, crouching low over their skates — stealing our stocking caps and stuffing them with snow when the guards weren’t looking! We warmed ourselves on benches in the Clubhouse, sometimes in front of the fireplace, and got piping hot cocoa from the vending machine. When we could feel our toes again and our mittens were dry on the radiators, we went out for more!

What delight to skate during a light snowfall, catching a flake or two on your tongue. And was anything more magical than skating on a crisp night under the lights and a full moon when all you could hear were your blades cutting through the ice and muffled laughter from small groups gathered around the park?

Looking back, I realize how lucky we were to have Hoopes in our lives, especially during bleak central New York winters. At the time, Casey Park and Austin Park were covered rinks that lacked charm. Where I live in Massachusetts it’s rare to find intimate outdoor rinks that are open to the public. There are fancy indoor rinks for sure, but these are sterile with florescent lights and loud music. And there is Frog Pond in Boston crowded with tourists. But nothing quite like Hoopes Park. I’ve kept my figure skates all these years in hopes that one day I’ll find another Hoopes.

Every December, when "A Charlie Brown Christmas" airs on TV, the Peanuts gang skates outdoors during the opening scene, and I am reminded that I too was gifted the experience of skating outdoors in a beautiful park. Thank you to the Hoopes family for their generosity, and happy holidays, Auburn!

“Christmas time is here, Happiness and cheer, Fun for all that children call, Their favorite time of year. Snowflakes in the air, Carols everywhere, Olden times and ancient rhymes, Of love and dreams to share. Sleigh bells in the air, Beauty everywhere, Yuletide by the fireside, And joyful memories there.” — lyrics by Lee Mendelson for the 1965 television special "A Charlie Brown Christmas."

Today’s thought: I can't believe I forgot to exercise again today; how about you? — John Noz

Just a reminder to all you folks out there: I would be happy to showcase your faded photos, and/or share a story on you, your family, your friend or any other local Legend you know! Send me your story (800 words or less) and a few photos to ormie5king@gmail.com, or mail them to me at 5 Wilbur Ave. in Auburn.

And I’m always happy to add in your birthday, anniversary and get well announcements; it's best if you can get them to me at least a week prior to the occasion. Thanks!

Also, try as I might, I don’t always realize when someone on this list has passed on. Please let me know if you notice a name that needs to be removed, or if one of your loved ones has passed on and you would like their name removed. Please include their birth date. Thank you very much for your help!

Legends of Auburn: A tribute to the Fronczek family

“A good neighbor is a found treasure.” What a wonderful Chinese proverb. I have been so fortunate to be the recipient of one such treasure of …

Look back: Parents of arrested Port Byron player want action from board

Look back: Unmasking a medical debate at Auburn hospital

Cayuga County is currently auctioning a merry-go-round from Emerson Park, but not the one many are thinking.

Ormie King: Thank you for a great run of Auburn Legends

With each new year comes new beginnings! In keeping with that tradition, today will be my last article. I have enjoyed sharing stories with yo…

Trans women with violent past barred from Scottish female prison

Trans women with violent past barred from Scottish female prison