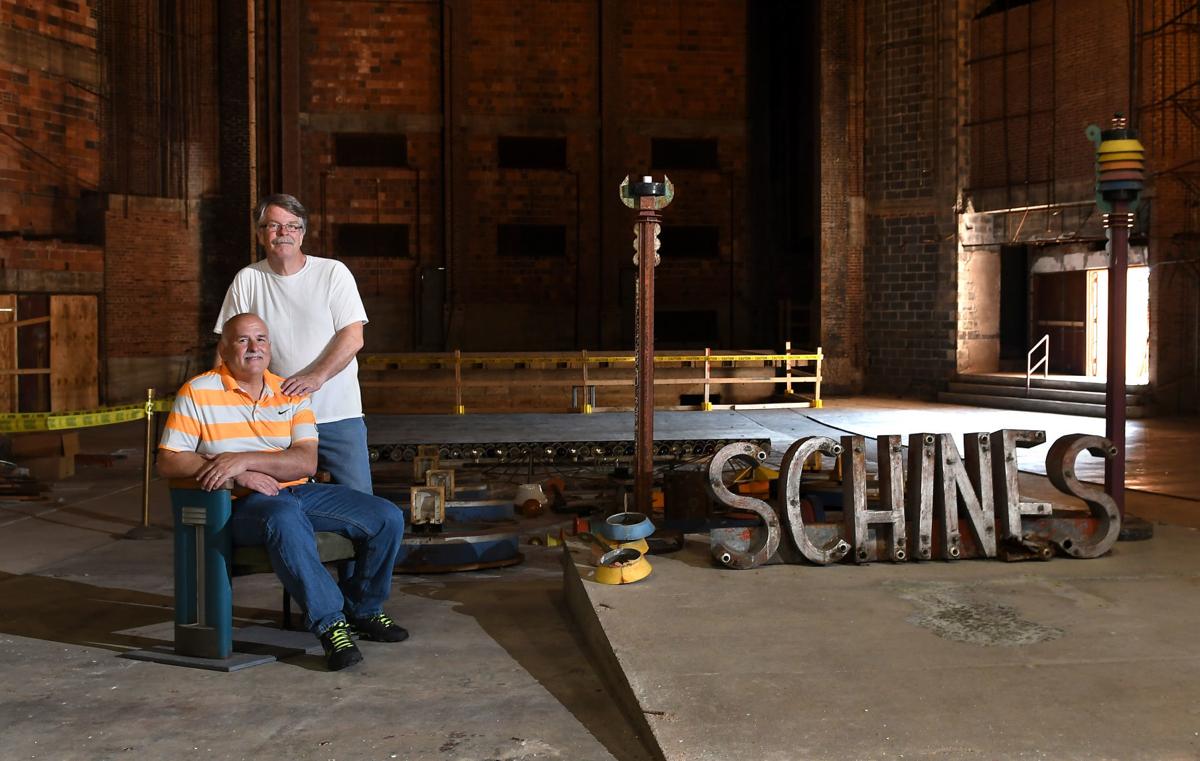 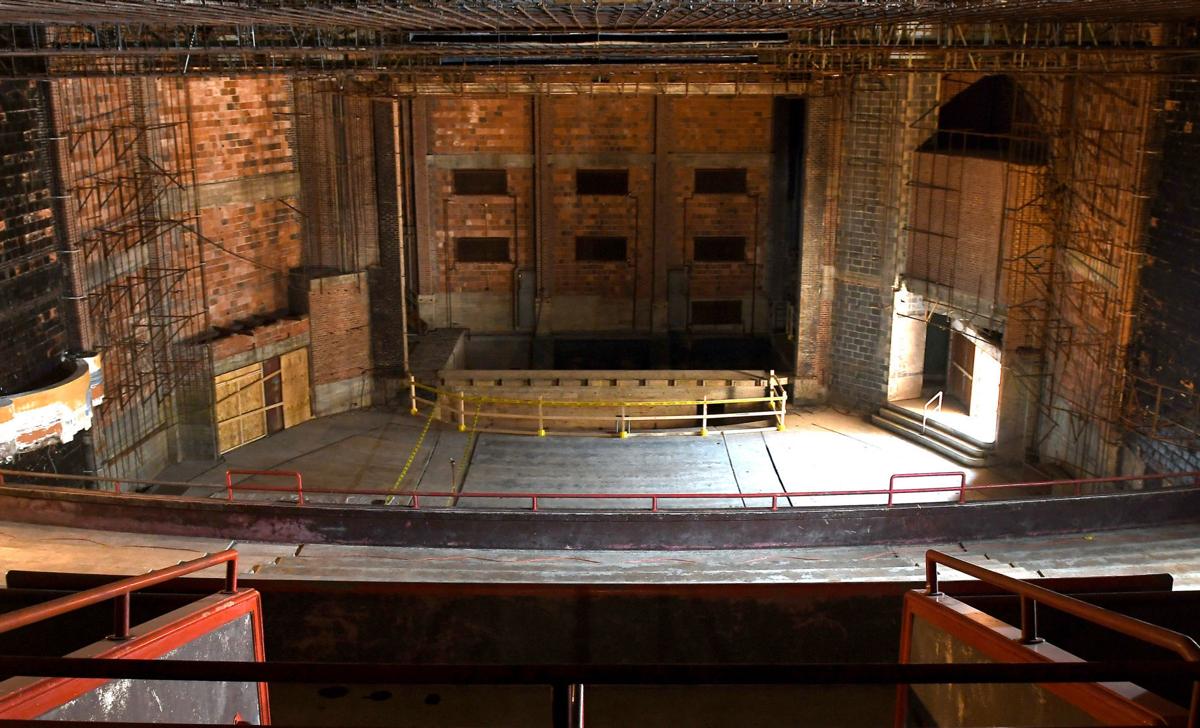 A view of the auditorium of the Auburn Schine Theater from its balcony. 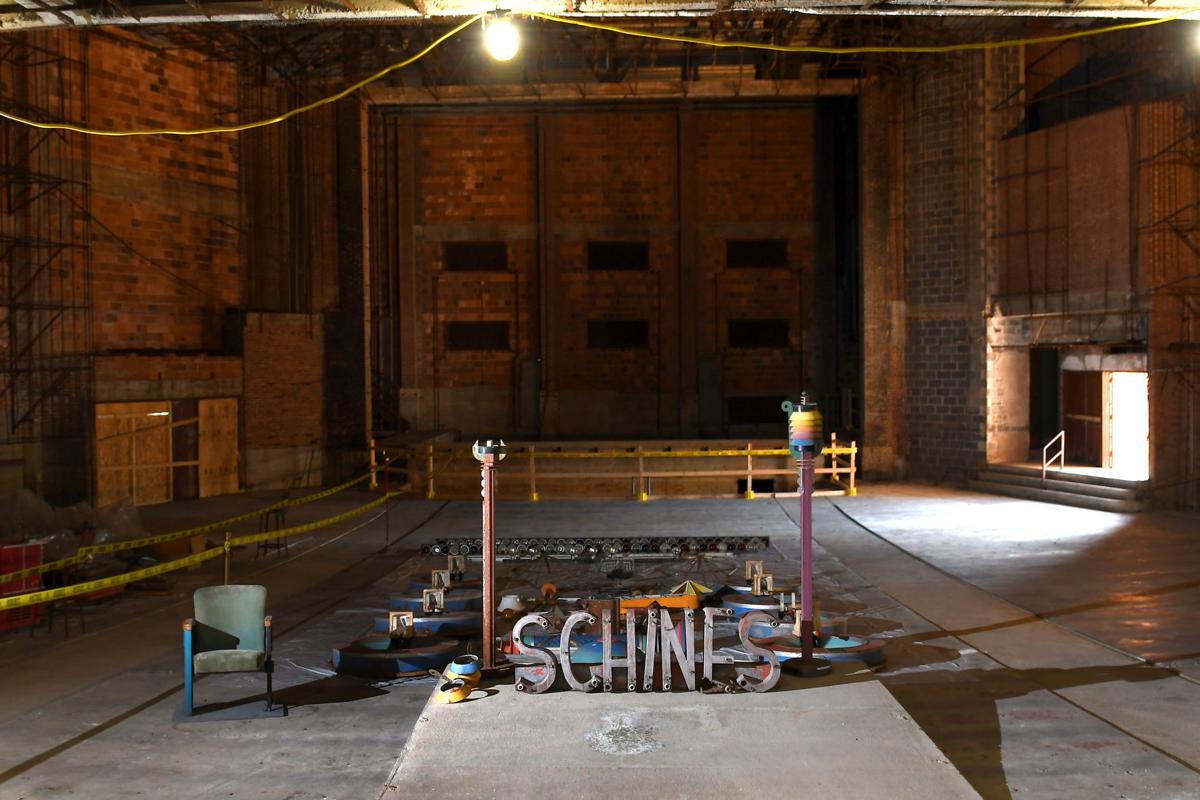 The auditorium of the Auburn Schine Theater in May. 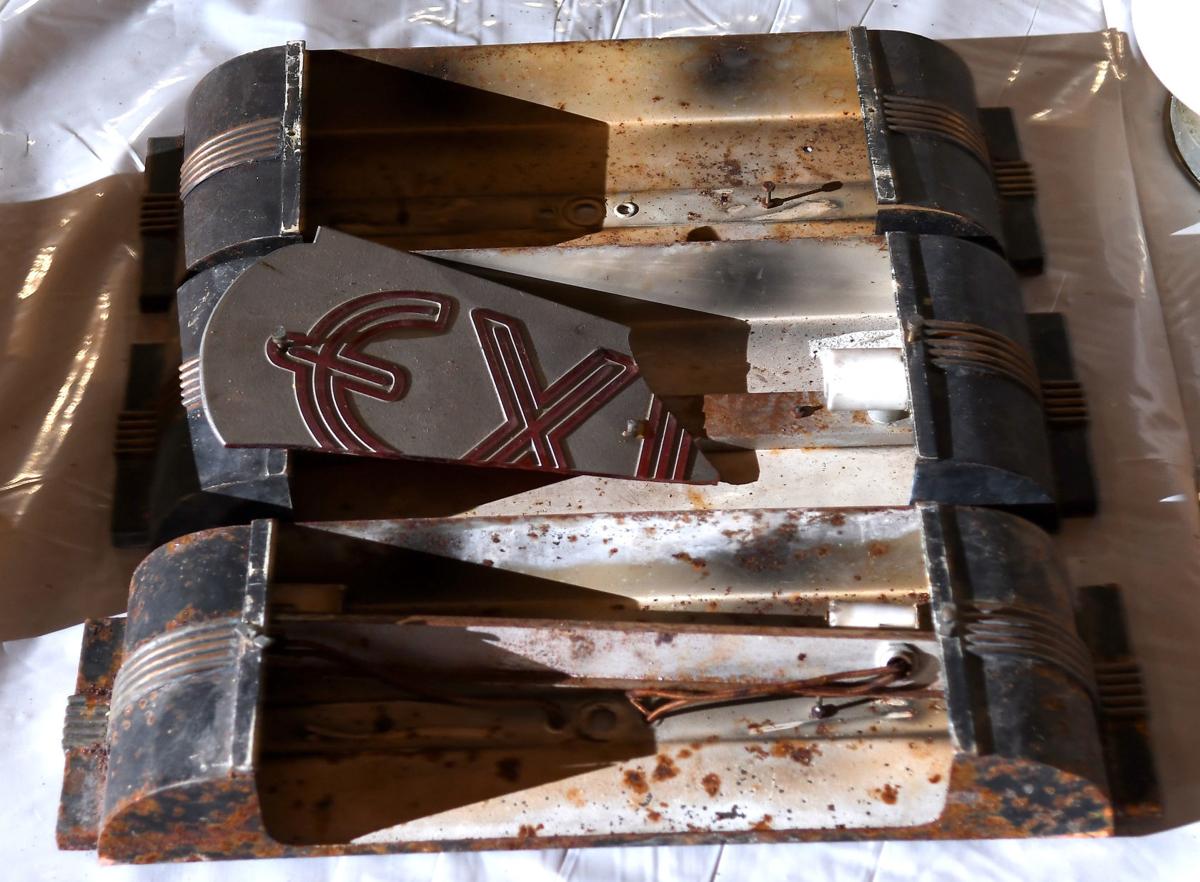 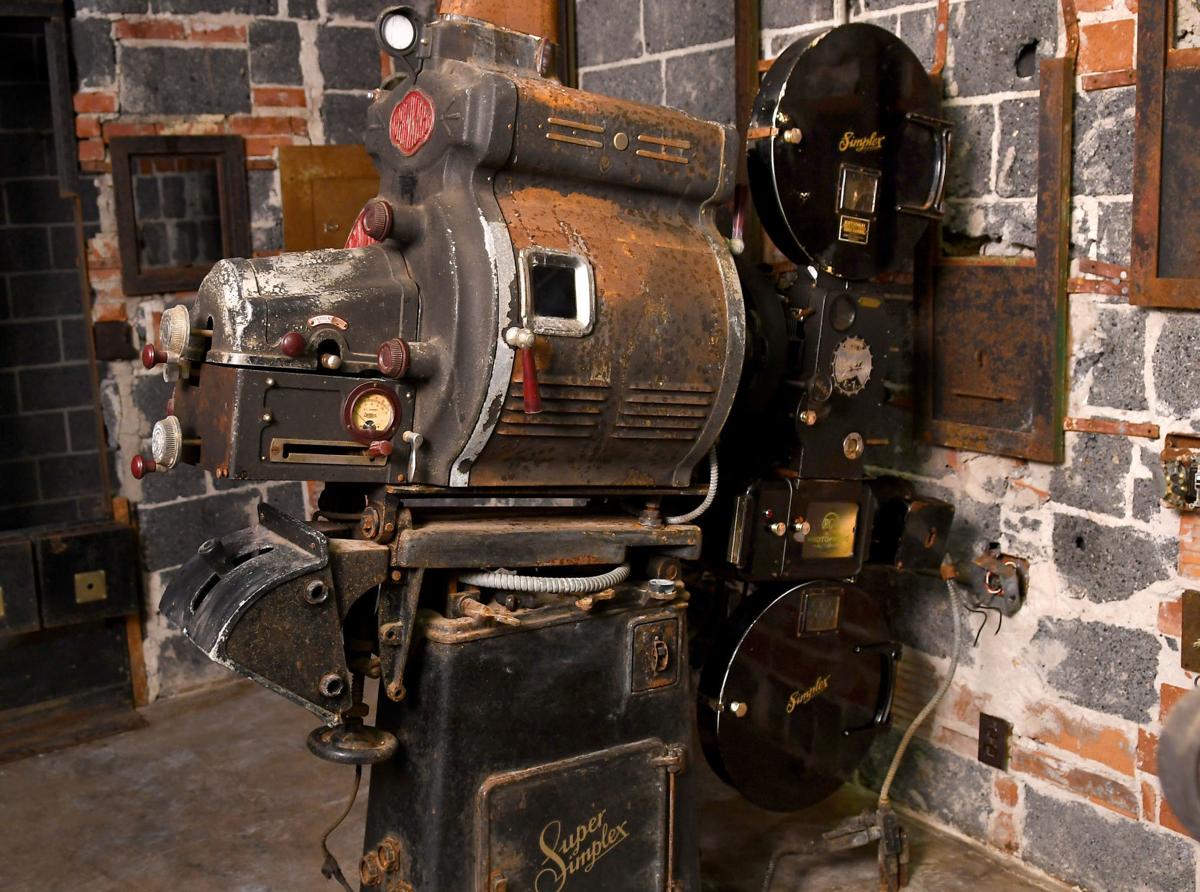 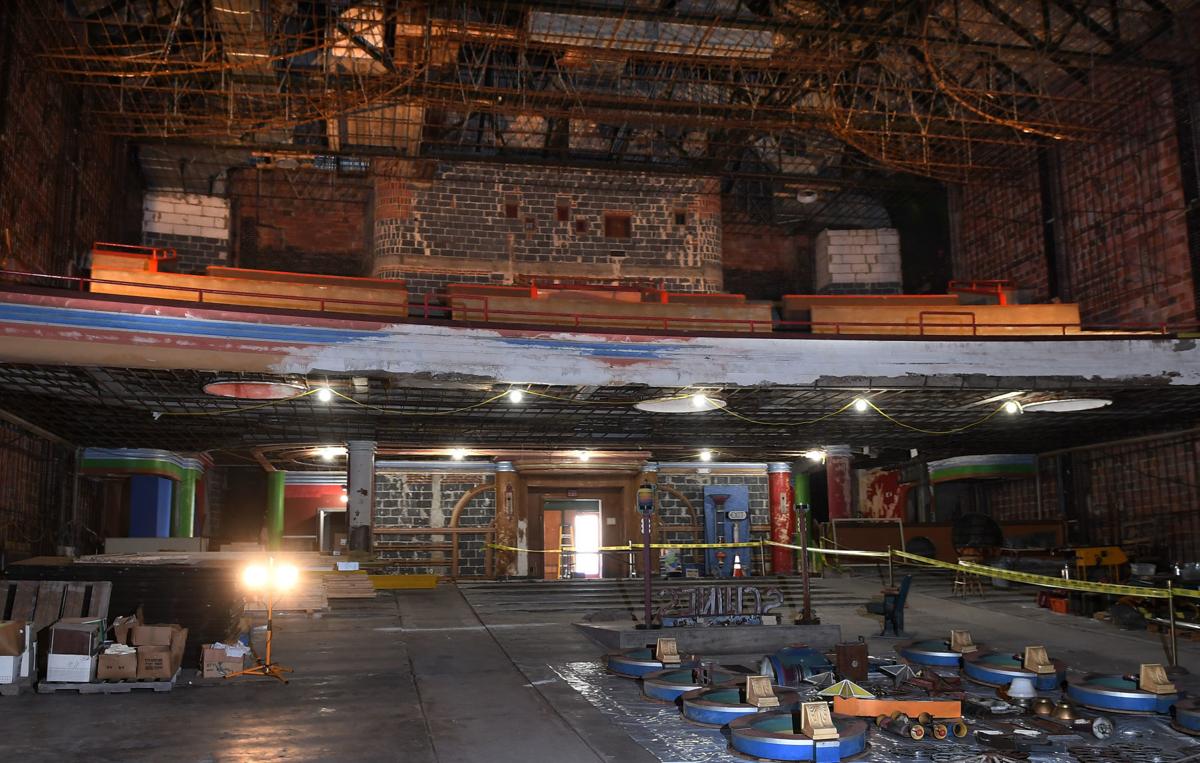 The auditorium of the Auburn Schine Theater.

The lobby of the Auburn Schine Theater. 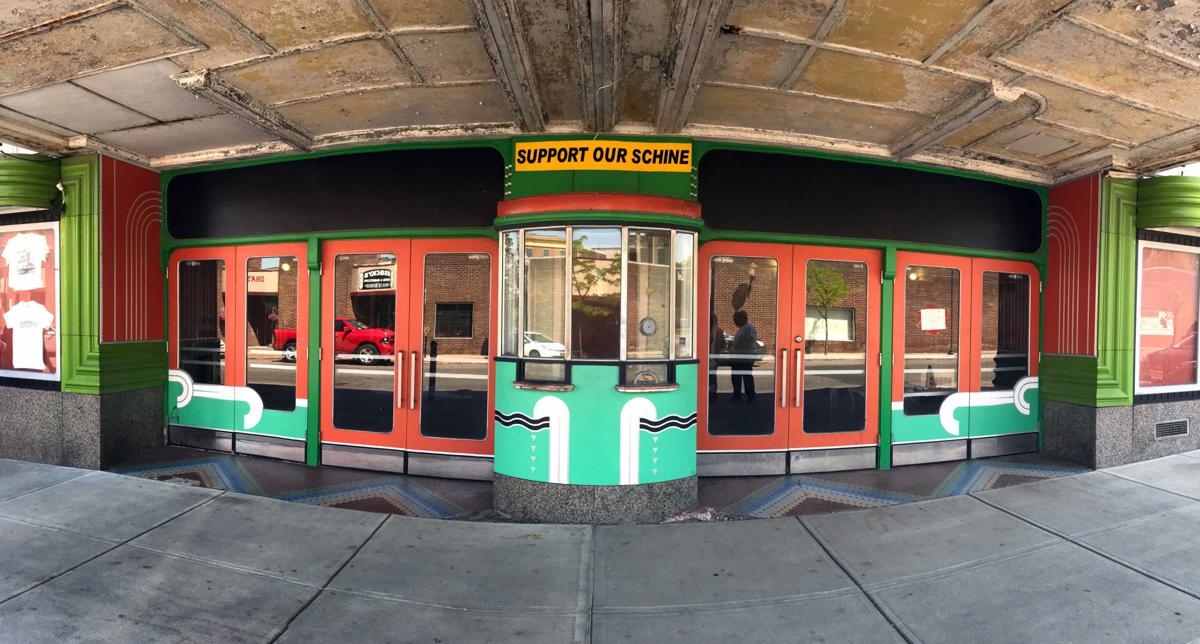 The South Street entrance to the Auburn Schine Theater. 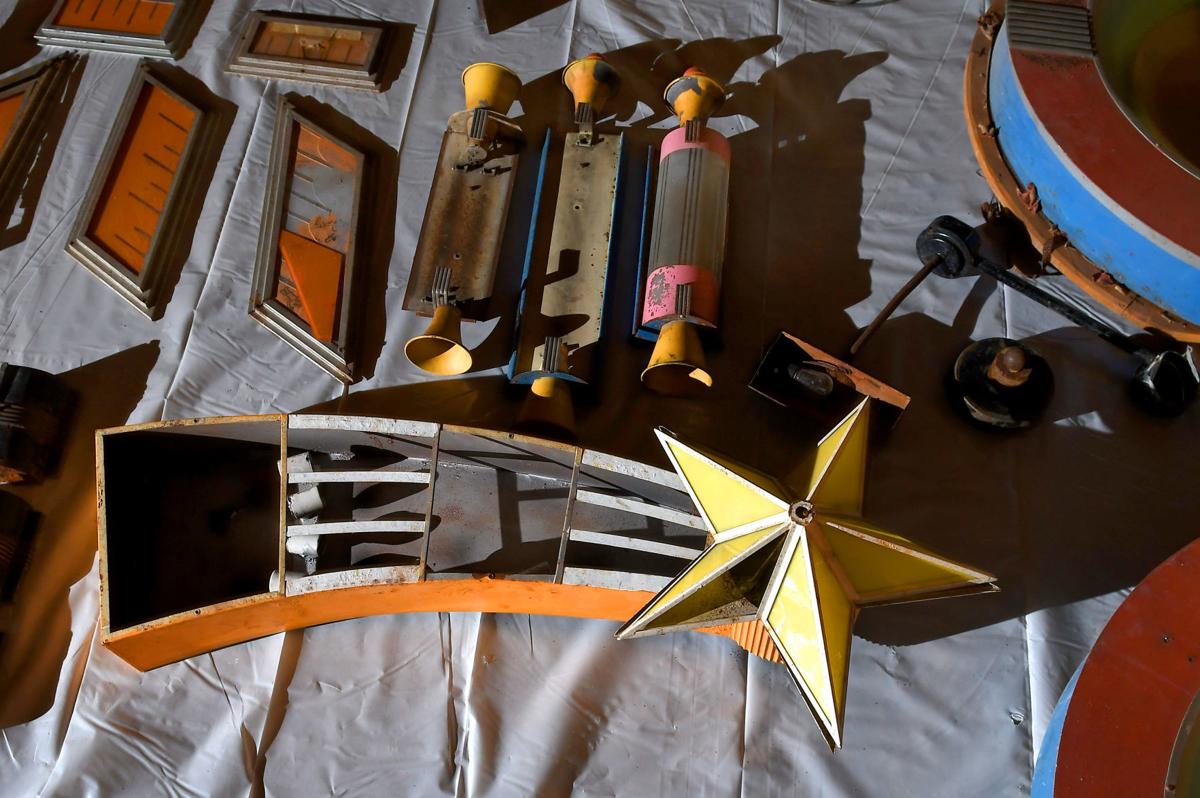 AUBURN — On Sunday, for the first time in almost 20 years, the public will be welcome inside the Auburn Schine Theater.

The Cayuga County Arts Council, a partner in the effort to restore the theater, will hold an open house there from 11 a.m. to 1 p.m. as the annual Majorpalooza festival takes place around the corner on Genesee and Exchange streets. Visitors can set foot inside the lobby and the auditorium, where a walkway lined with caution tape extends to the orchestra pit. From there, they'll be able to see the stage and the balcony, as well as a display of several artifacts from the 1938 John Eberson theater, including its light fixtures, samples of its former cloth wall coverings, and its burgundy toilets.

The Citizen toured the Schine Friday with arts council board Chair Ed Onori and building committee Chair Chuck Taylor. Taylor said visitors won't be allowed to roam the floor of the auditorium on Sunday because it has yet to be smoothed after the theater's 1,700 seats were removed. The end caps of the seats will also be on display Sunday, as will one of the seats themselves. But the rest of the seats were thrown away because of a combination of rust, rot, and asbestos contamination, Onori said. Cleaning and restoring them would have cost more than replacing them, he added.

Inside the Schine: How the Auburn theater's prospective new owner will restore it

The open house was made possible by the removal of the theater's asbestos and other hazardous materials earlier this year. Onori and Taylor said the next steps in the theater's restoration are getting its heating, ventilating and air conditioning system operational, installing rear doors so the building can be secured, and restoring the marquee. Onori said the council and its partner in the Schine project, Bowers Development, of Syracuse, hope to have the marquee working again by September, when they plan to celebrate the 80th birthday of the theater's opening.

Onori also said the council is still searching for the 60-foot upright sign that was removed from the front of the theater in 1970, only to go missing. Bowers has offered a $5,000 reward for it.

The council, which purchased the Schine 20 years ago, is in the process of selling the theater to Bowers for $15,000. Onori said Friday that the sale has been approved by the state Office of Parks, Recreation and Historic Preservation. A representative of the office confirmed that, and added that the state attorney general has also approved the sale. It now awaits the approval of the state comptroller. The approval process is required because the office holds a preservation covenant on the building until July 2036 as a condition of grant money it has awarded the project.

Onori said that Bowers President Bryan Bowers is now working with "a couple groups" on the design of the restored theater, which also requires the approval of the state historic preservation office.

Inside the Schine: Auburn theater's sustainability is a $6 million question

Bowers estimates the project will cost $6 million. It has secured $3 million so far: $1.2 million through the Central New York Regional Economic Development Council, $1 million through the Restore NY Communities Initiative and $800,000 in Community Development Block Grant funds from the city of Auburn to finance the hazardous material removal. The council and Bowers plan to pursue more grant support, Onori said, and hope the Schine will again be part of the city's application for $10 million from the Downtown Revitalization Initiative. Its next application is due June 1.

The project has momentum on its side in the form of public support, Onori said. He expects "quite a crew" Sunday, as more than 350 people are interested in the open house on Facebook. He and Taylor also expect many of those people to ask when the Schine will reopen. And though they have an answer — Bowers estimates October 2019 — they don't expect people to be any less excited.

"When we're working down here, people pop their heads in the door and want to see it," Taylor said. "They're anxious to see when it's going to be opened up."

Gallery: Inside the Auburn Schine Theater

The Preservation Association of Central New York has announced the winners of its 2018 Preservation Awards, and three Cayuga County sites are …

A view of the auditorium of the Auburn Schine Theater from its balcony.

The auditorium of the Auburn Schine Theater in May.

The auditorium of the Auburn Schine Theater.

The lobby of the Auburn Schine Theater.

The South Street entrance to the Auburn Schine Theater.