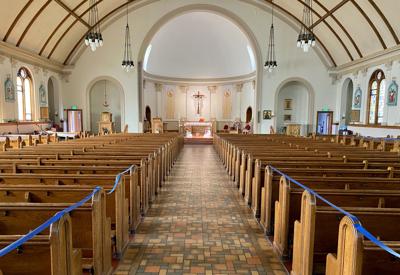 Two months after New York deemed house of worships to be "non-essential," Cayuga County-area churches are attempting to balance the public health concerns caused by COVID-19 and the desire to resume in-person religious services. But it could be weeks before churches are allowed to reopen for larger gatherings.

As most New York regions either begin to reopen or are in the midst of the phased reopening process, religious leaders are seeking guidance on when their houses of worship can reopen for services. Gov. Andrew Cuomo issued an executive order last week allowing indoor religious services with no more than 10 people. Drive-in or parking lot services are encouraged. Outdoor services could exceed 10 people as long as there's no in-person contact.

Under the state's current plan, religious institutions will be allowed to fully reopen, likely with certain restrictions in place, in the fourth and final phase. For houses of worship in Cayuga County and central New York, that would mean larger in-person services wouldn't occur, at the earliest, until late June or early July.

Cayuga County-area religious leaders told The Citizen that they will abide by the state guidelines. But most of them think they could reopen before the fourth phase.

At Lakes Church in Auburn, there are between 100 to 120 congregants, according to Pastor Fred Driscoll. He believes they can observe social distancing guidelines and other health recommendations while resuming services.

Driscoll explained that since the church has stackable chairs instead of pews they can creating a seating plan based on family sizes. The layout would ensure there are at least six feet between groups inside the church.

Other safety measures are planned. Communion will be suspended and handouts, such as worship guides, won't be available. Instead of passing a plate to collect the offering, Lakes Church is encouraging families to donate online or place the money inside a box at the church. People will be asked to wear masks or face coverings during services. Masks will be provided for churchgoers who show up without them, Driscoll said.

A team has been assembled to clean restrooms and facilities between uses. There will be hand sanitizer stations throughout the church. Weather permitting, the doors to the church will remain open during services.

Another element of the church's plan: Organized dismissal. At the end of the service, Driscoll said they will start with the back rows to dismiss congregants.

If retail stores like Home Depot, Lowe's and Walmart can be open, Driscoll thinks the church should be too.

"We can be very responsible and I think that we should be able to be entrusted with a phase two opening," he said.

There are similarities between the plan at Lakes Church and the First Baptist Church of Moravia led by Pastor Dan Hull. Hull outlined his church's reopening strategy, which includes many of the same components as Lakes Church.

The First Baptist Church of Moravia also has chairs instead of pews, so the chairs will be organized to encourage social distancing. Congregants will be required to wear masks and there will be sanitation stations inside the church. The church will be cleaned before services and throughout the week.

Communion won't be offered in its traditional form, but Hull said they are looking into prepackaged communion cups and crackers. Offering plates won't be circulated during the service. Instead, they will be placed at the back of the church for people to make donations.

Hull said his church will follow the state guidelines. However, he wants Cuomo to realize that while there are larger churches, others have smaller congregations that could reopen.

"Our hope is that he will have some sense to understand that each is different," Hull added.

Even as Cuomo allows smaller services to be held inside houses of worship, some churches are waiting until they can have larger crowds at services.

Grace Chapel in Skaneateles, like other houses of worship, has been posting services online. The online services will continue, according to Pastor Barry Sisson, but with a slight change. Sisson said they are encouraging at-home watch parties that would abide by the state's limits on gatherings — no more than 10 people allowed — but allow for interaction during and after the service.

"The biggest thing that is lacking right now is not a message going out," Sisson said. "It's the loss of community."

Sisson spoke to The Citizen shortly after President Donald Trump declared that churches, mosques and synagogues are essential. He urged governors to allow churches to reopen.

The Centers for Disease Control and Prevention issued guidance for houses of worship. The recommendations include maintaining social distancing, cleaning the religious institutions, providing hand sanitizer for congregants and advising attendees to wear masks or face coverings.

Despite Trump's comments on Friday, the state's plan remains the same. Sisson said Grace Chapel won't resume in-person services until they can have at least half of their congregation in the church. The church has a team that's working on how to abide by any federal and state guidelines before reopening for larger in-person services.

Catholic churches in the Cayuga County area are developing similar plans. The Diocese of Rochester, which includes parishes in Auburn and Cayuga County, released a statement saying that they are awaiting more information from the state to determine how to resume Masses with parishioners present.

"Our parishes have begun implementing general protocols for how they will ensure social distancing, regulate the number of faithful who can be in attendance and achieve the necessary cleaning regimens and safety standards for the well-being of all," the diocese said.

While many churches push to reopen, others are hesitant. Rev. Mary Anderson of the First Presbyterian Church in Weedsport is concerned about restarting in-person services because of the possibility that a COVID-19 outbreak could occur.

Anderson said her congregation is aging, so she doesn't want to reopen for in-person service unless it's safe and "people are not going to be risking their lives to come to church."

Although there are some churches that could wait longer to reopen, most want to resume services — and soon. Onondaga County Executive Ryan McMahon said Saturday that he submitted a request to the state to allow houses of worship to reopen on a limited basis in phase two.

So far, McMahon hasn't received a response to his request. But there may be a reason why the state would be reluctant to accept.

Find out which local places of worship are holding online services

Check to see which local places of worship are open, or offer virtual services.

The first COVID-19 outbreak in New York was linked to a synagogue in New Rochelle, Westchester. Many of the first infections reported in New York were either people who attended the synagogue or had contact with congregants.

Religious leaders know that the pandemic isn't over. New York continues to report thousands of new cases daily and, until Saturday, more than 100 people were dying of COVID-19 each day.

Sisson is willing to wait a few more weeks to reopen. The online services will provide his congregation with a way of continuing to worship at home. But it won't replace the in-person interaction many, including pastors like Sisson, are missing.

"It's about community," he said. "It's important that we acknowledge that but we also experience that."

Like businesses across New York, there will be a phased reopening of churches and other houses of worship.

No new COVID-19 cases, one less hospitalization in Cayuga County 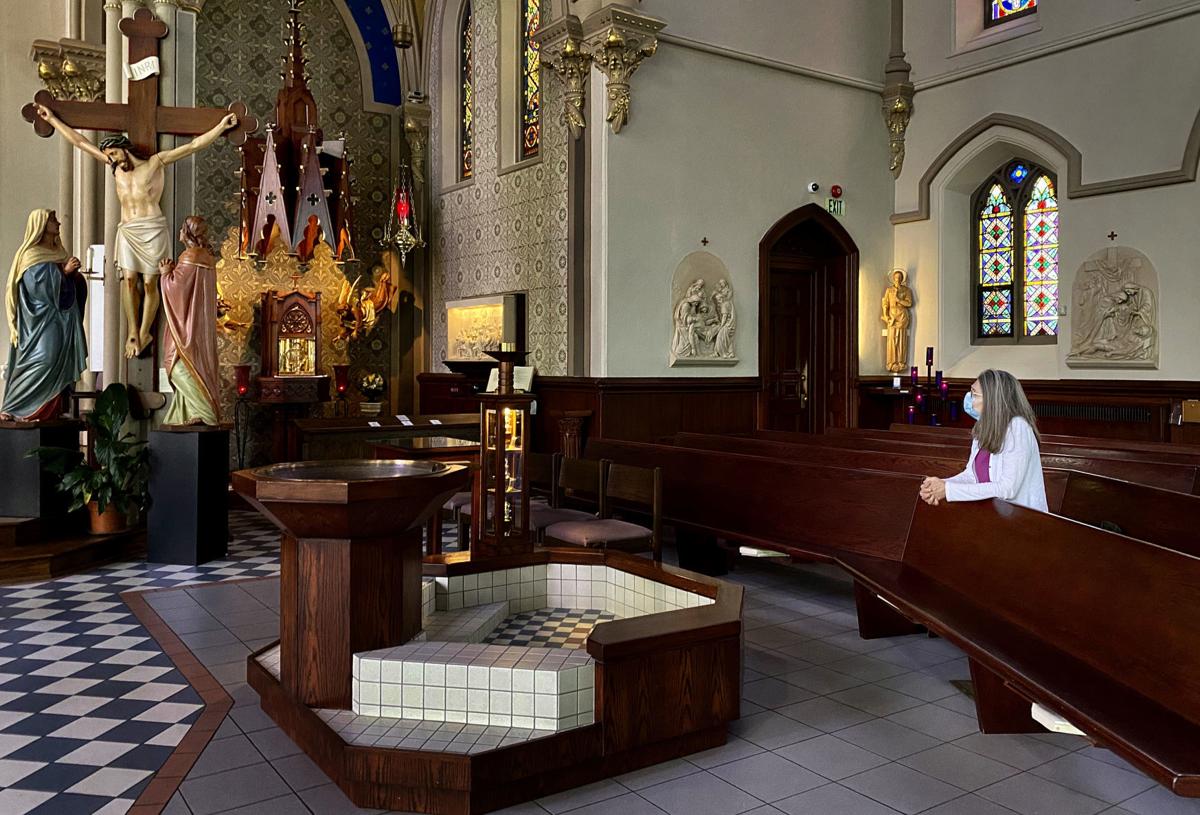 Private prayer at St. Mary's Church in Auburn. President Donald Trump announced Friday that places of worship are deemed "essential" during the coronavirus pandemic and that governors need to reopen religious institutions for services. 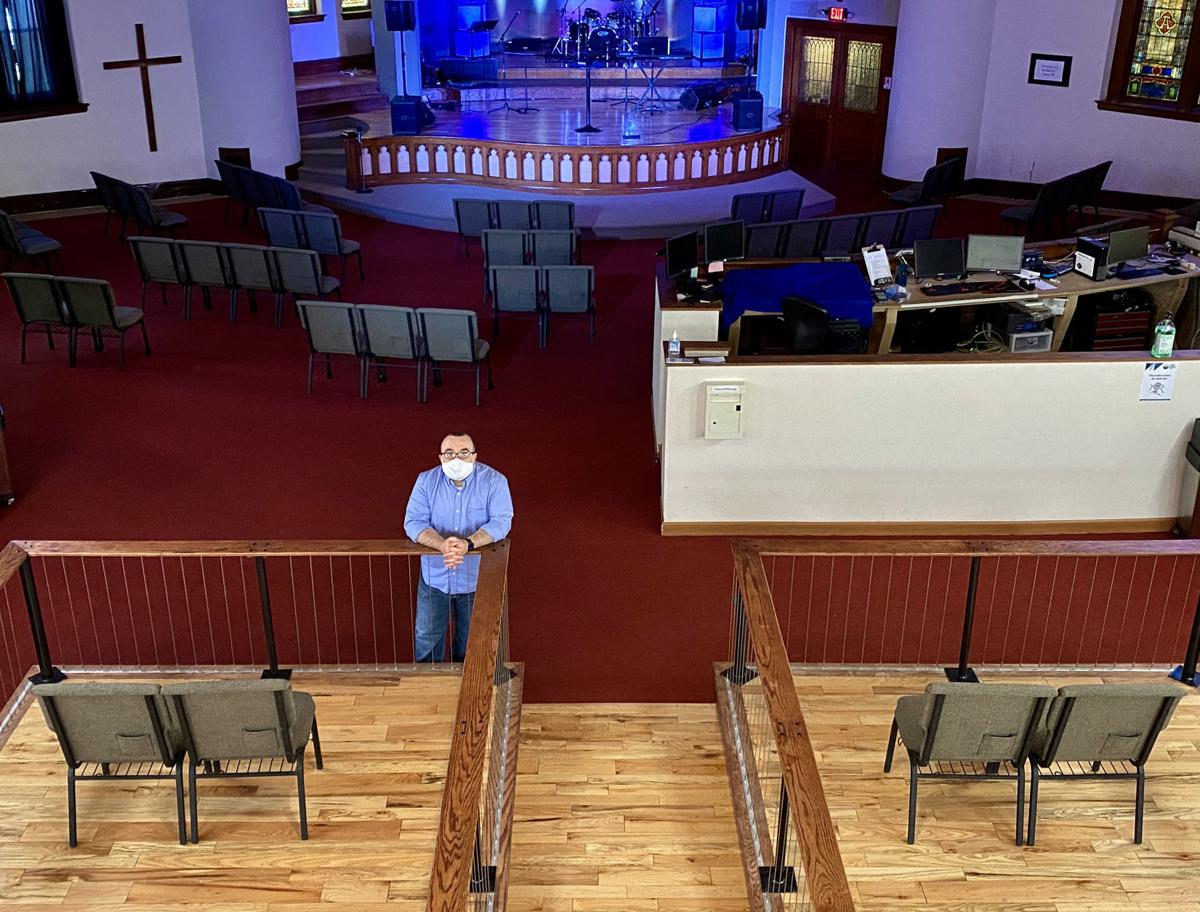 Lakes Church Pastor Fred Driscoll is making preparations to reopen his church in Auburn. President Donald Trump announced Friday that places of worship are deemed "essential" during the coronavirus pandemic and that governors need to reopen religious institutions for services. 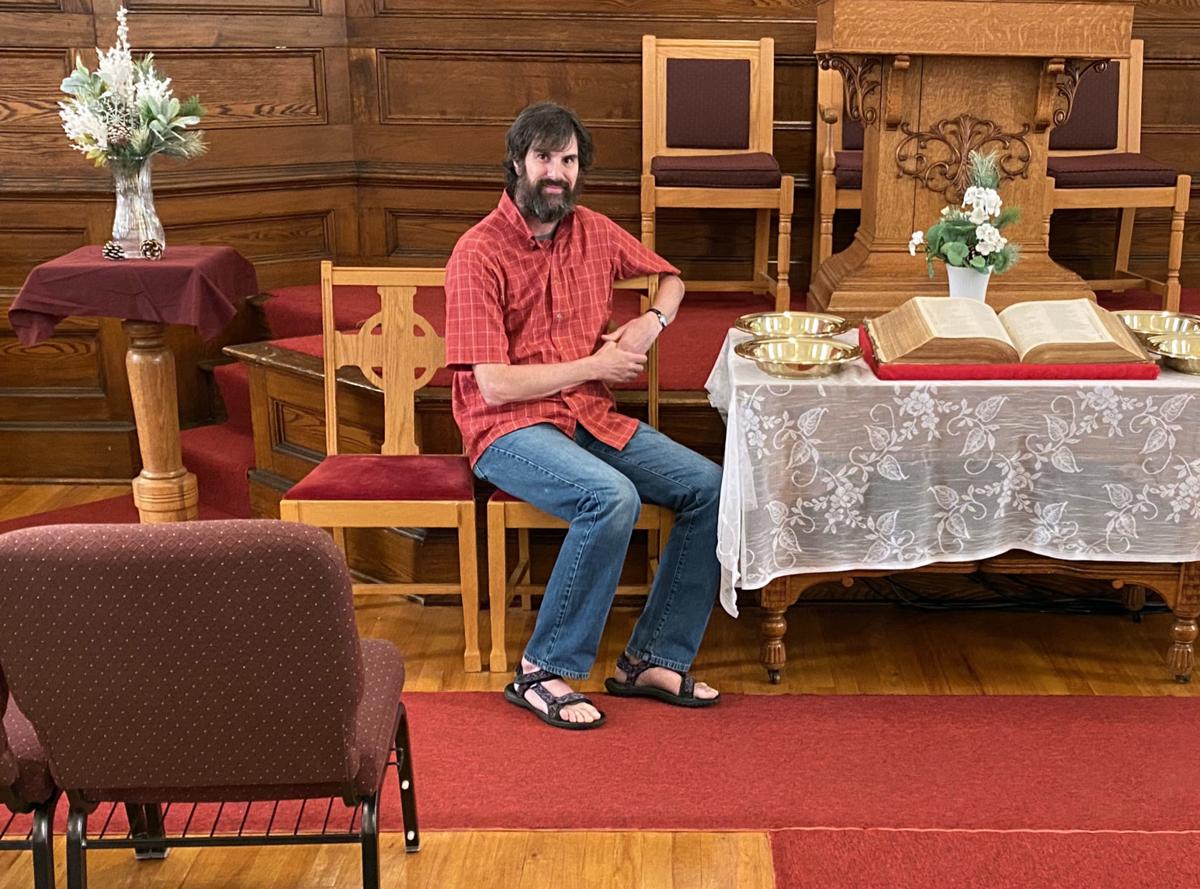 First Baptist Church of Moravia's Pastor Dan Hull is making preparations to reopen the church in Moravia. President Donald Trump announced Friday that places of worship are deemed "essential" during the coronavirus pandemic and that governors need to reopen religious institutions for services.