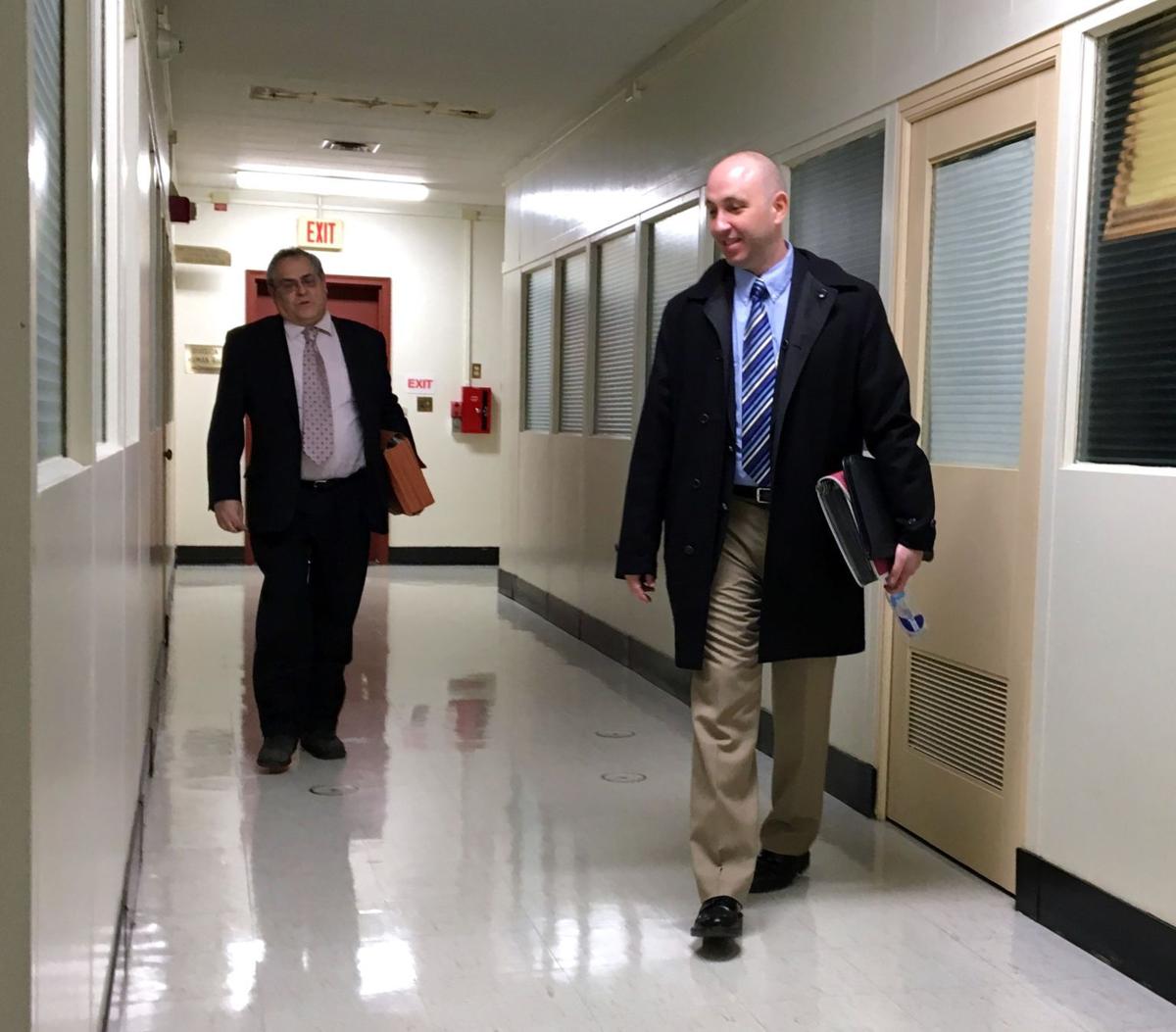 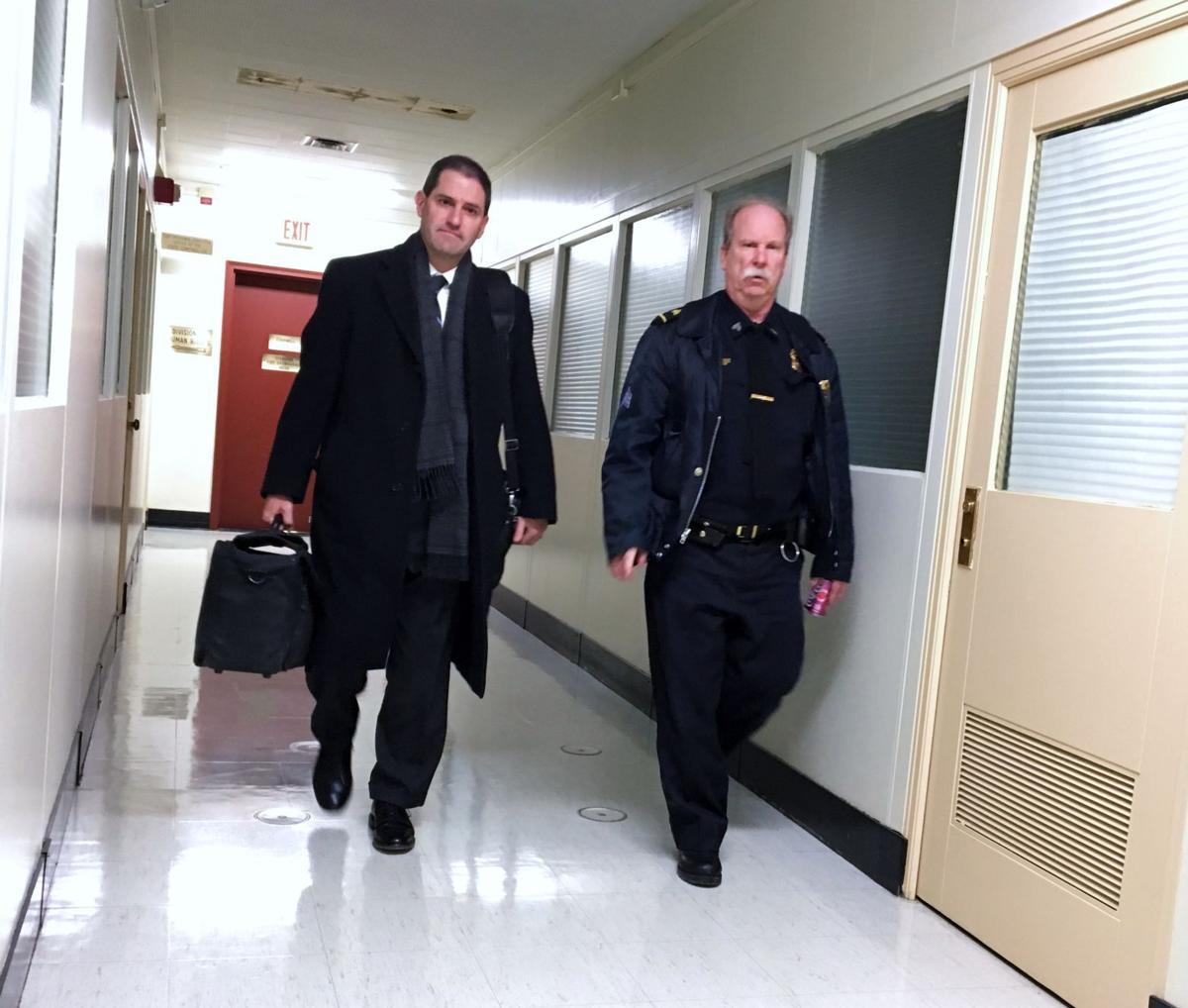 The state Division of Human Rights is vetting claims by Officer Michael Warter that several of his superior officers discriminated against him after he suffered a duty-related injury in June 2010.

Warter, a 16-year veteran with the Auburn Police Department, filed the complaint to the Division of Human Rights in November 2015. State investigators moved last May to forward the case before a judge.

The first part of the hearing proceeded over more than five hours Monday at the state office building in Syracuse. Warter, the first witness, was questioned by his appointed representation, Neil Zions, as well as Bond, Schoeneck & King attorney Peter Jones, who is representing the city. State Administrative Law Judge Michael Groben is presiding over the matter.

The case will continue Tuesday. Jones indicated to Groben that he plans to call more witnesses, though he did not disclose their names. Both he and Zions declined to comment following the hearing.

Much of Zions' line of questioning with Warter concerned case background. Warter's claims stem from a period between 2010 to 2015, covering the tenures of two former police chiefs: Gary Giannotta and Brian Neagle.

Warter's right hand was injured after he was bit during a reported assault incident in 2010. He went through surgery three different times in 2011, 2013 and 2014 to address the issue.

Warter served on a light duty capacity at various points over the five-year period. Prior to returning from his third surgery in May 2014, he said these assignments typically entailed clerical duties inside the command center of the APD's North Street headquarters.

Upon his return, however, Warter said he was given a new set of light duty regulations from his supervising officer, Sgt. Brian Clancy. Warter cited the rules as an example of targeting by Clancy.

In a particular instance in May, for example, Warter claims he was ordered by Clancy to lock himself in a back room referred to as the captain's room without a clear reason.

"This is how it was when Neagle was chief," Warter said. "His whole supervisors — they go after people."

Neagle was chief from August 2012 to his retirement last May. Much of Warter's testimony, however, concerned alleged misconduct by Clancy. Clancy was present Monday for testimony following Warter's submission, while Neagle and former City Manager Doug Selby were not.

Selby investigated Warter's workplace harassment claims following an internal APD investigation, conducted by Capt. Paul Casper, that Warter said was closed without any findings of misconduct. As a result, however, Warter said he was issued a five-day suspension in May 2014 for wasting city resources with an unneeded probe.

Several of Warter's allegations involve incidents he responded to as a patrolman, including a reported sexual assault of a 15-year-old girl in 2014. Warter alleged Monday that Clancy ordered him — by force, if needed — to take her to the hospital for a forensic exam, otherwise known as a rape kit.

The resulting litigation, Warter said, has drained him financially and emotionally, while he claims to still feel tensions at work.

"I'd rather deal with the criminals instead of the supervisors that are in there," Warter said.

Clancy, meanwhile, once considered Warter his best friend on the APD, saying he took Warter under his wing when he joined in July 2000.

Clancy, who has spent 21 of his 32 years with the APD as a sergeant, said the light duty rules extended beyond Warter to protect injured officers and the department from liability. Officers would be locked in the captain's room, he said, to prevent potentially harmful confrontations with victims and perpetrators passing through.

Similarly, APD policy does not allow light duty officers to interact with the public, Clancy said.

Clancy detailed an incident in March 2014 in which Warter — home recovering from surgery at the time — allegedly yelled at and confronted a father who parked his car in front of Warter's house on his way to retrieve his child from elementary school. The man, reportedly scared by Warter's actions, filed a complaint to the APD.

Violent confrontations, he said, could exacerbate an injury.

"We wanted him to be able to return to duty," he said.

Clancy, who stated his duties cover second-shift and related responsibilities, said he was not involved with determining disciplinary measures against Warter.

Further, Clancy disputed that several incidents alleged by Warter ever happened, including the allegation that he ordered Warter to force the 15-year-old to go to the hospital.

"That's the most ludicrous thing I've ever heard in my life," he said.