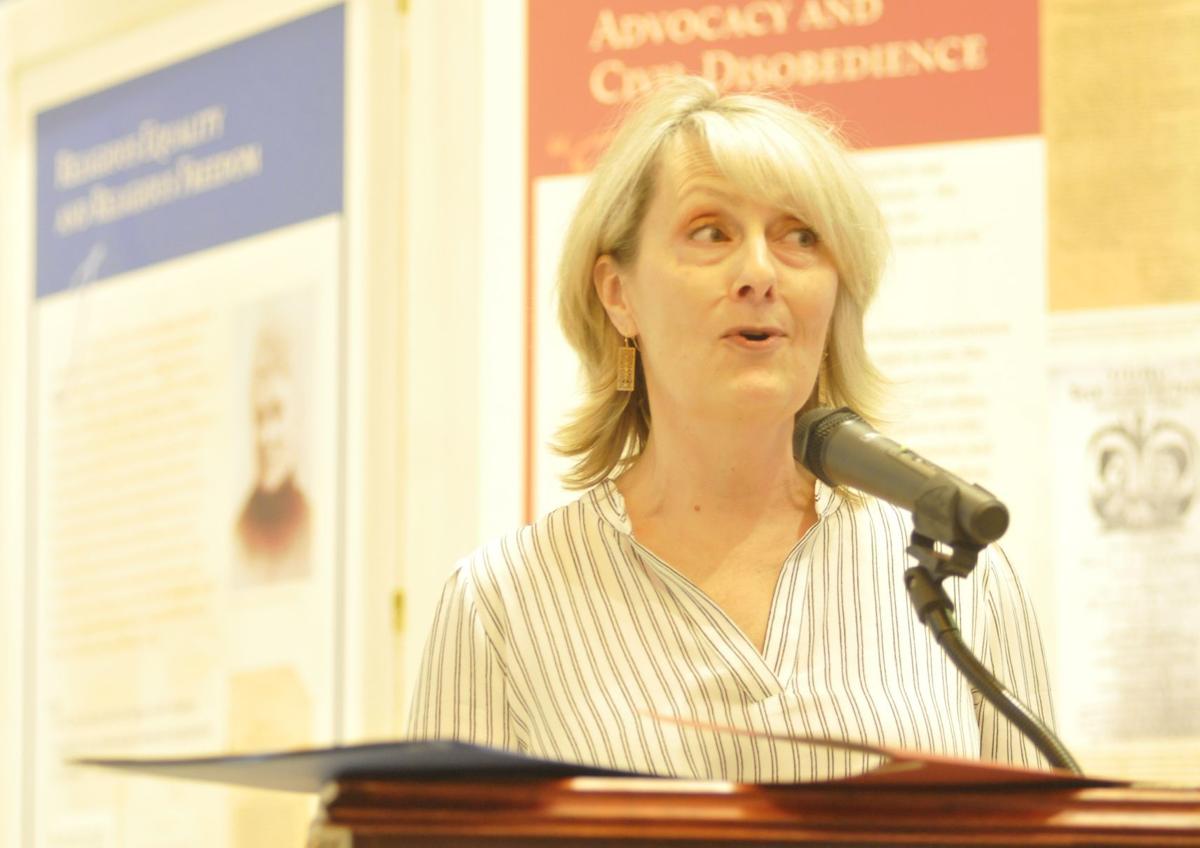 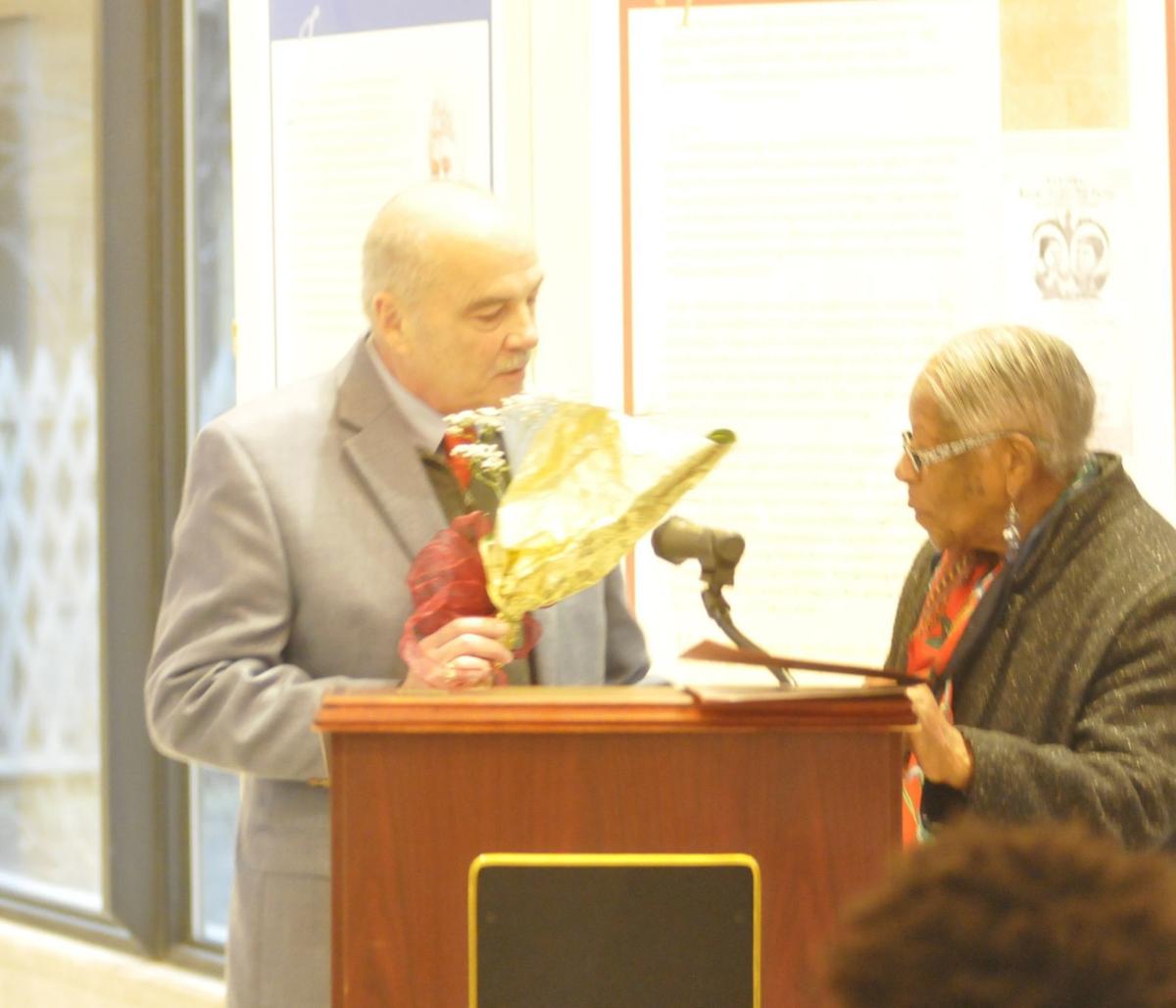 AUBURN — A woman who appears in the first major motion picture about Harriet Tubman praised the iconic abolitionist at an event in Auburn Friday.

Laureen Smith, who was in the 2019 film "Harriet", was a special guest at the opening ceremony for the inaugural Harriet Tubman Weekend. Smith played suffragist and abolitionist Martha Coffin Wright, who had lived in Auburn. She appeared in the film with Cynthia Erivo, who was nominated for an Academy Award for her performance as Tubman, and William L. Thomas, who played former U.S. secretary of state and former Auburn resident William Seward.

The three-day weekend event, which will feature multiple screenings of "Harriet," was made possible through a $10,000 grant from the New York State Department of State's Women's Suffrage Commission.

Smith told the crowd of around 30 at the New York State Equal Rights Heritage Center that she was happy to be in Auburn.

"Of course it was an honor to be in the film, but to have that goodness continue to this moment, is something I couldn't have ever guessed when I was trying to figure out what I was going to do for my audition," she said.

Smith said she didn't previously know about Coffin Wright, but when she auditioned for and got the role, which required a lot of research, which began with Auburn. She said she realized Auburn was a "powerhouse of a place," in terms of issues such as women's suffrage and abolitionism.

She said she was overwhelmed when she visited the graves of Tubman and Wright earlier that day.

She said she was inspired by being in Auburn, Tubman, Coffin Wright and "the work that you do to honor" Tubman.

"Thank you all for being here and paying tribute to Aunt Harriet," she said before she was presented with flowers by Auburn Mayor Mike Quill.

Duan Johnson, who said he is a relative of Tubman and Copes Johnson, said after the ceremony that he was awed by the recognition Tubman received. He said efforts to have Tubman's face placed on the $20 bill should continue despite Treasury Secretary Steven Mnuchin saying last year that the redesigned bill wouldn't come out until 2028.

"We have to keep striving to keep her legacy alive," Johnson said.

• 10 a.m. to 5 p.m.: Seward House Museum offering free tours of "Forged in Freedom: The Bond of the Seward-Tubman Families" exhibit

Olympians past & present reflect on Tokyo 2021

A timeline of the life and legacy of Harriet Tubman

Since 1990, the U.S. celebrates Harriet Tubman's achievements on March 10 — Harriet Tubman Day. Here's a timeline of her remarkable life.

Lt. Gov. Kathy Hochul considers Harriet Tubman one of her personal heroes. Over the weekend, she received an award named in honor of the aboli…