AUBURN — Wesam Aziz will spend six months in jail and 10 years on probation for raping a teenager in 2017.

In January, Aziz, of 4744 New Hope North, Liverpool, pleaded guilty to second-degree rape, a class D felony, for having sex with a 13-year-old girl in Weedsport in October 2017. He was 20 at the time. When originally charged in May, he also faced charges of fifth-degree criminal sale of marijuana and endangering the welfare of a child.

The now 22-year-old contacted the child on social media and they had relations once in Syracuse and another time in the area of Aqueduct Park, said District Attorney Jon Budelmann in Cayuga County Court Tuesday. In Onondaga County, Aziz was sentenced to straight probation which Budelmann said the victim's mother called a slap on the hand.

Budelmann said Aziz gave the girl alcohol and marijuana before "relations" and "permanently affected the child."

While Budelmann asked the court to impose a sentence of shock probation — including up to six months in Cayuga County Jail and 10 years of post-release supervision — Aziz's defense attorney, Dennis Nave, argued for straight probation.

Nave said the Cayuga County Probation Department indicated Aziz should have known the victim wasn't 17 years old, but he disagreed. Aziz grew up in a war-torn country, he said, and came to the U.S. as a refuge and wasn't familiar with America's values and customs. He suggested Aziz didn't understand what a 13- or 17-year-old girl looked like.

"I truly believe (Aziz) is a good person," Nave said. He added that the state trooper who made the arrest contacted him to say Aziz is a good man who made a mistake.

Before issuing his sentence, Judge Mark Fandrich commented on the amount of support Aziz had in the courtroom — about 20 friends and family members were present. He said this kind of support is unique in criminal court.

Fandrich said he knew Aziz was born in Iraq and moved to the United States when he was 8 and that his ability to understand English is not the same as a typical citizen. A translator was present to translate the proceedings into Arabic. By the age of 20, however, Fandrich noted that Aziz had been in the U.S. for 12 years.

"It makes no difference, in my mind, whether she consented to this conduct or not," Fandrich said. "You should've known better than to engage in sexual relations with a victim of this age."

Fandrich then sentenced Aziz to a shock probationary sentence, including six months in jail and 10 years of post-release supervision. An order of protection was put in place for the victim and he will have to register as a sex offender.

• A Syracuse woman was sentenced for smuggling drugs into Cayuga Correctional Facility in Moravia.

In July, Lisa Senska, 46, of 685 W. Onondaga St., Apt. 5, was caught smuggling synthetic drugs, on her body, into the medium-security state prison, Budelmann said. He said she was bringing them in to her son for him to probably use or sell. Bringing drugs into prison is "extremely dangerous," he added.

Charles Thomas — Senska's defense attorney — said Senska's doctor provided her a letter asking for sentencing to be delayed so she can continue chemotherapy treatments for leukemia. Fandrich denied the request for an adjournment after Budelmann noted that the letter had no official letterhead, the word "diagnosed" was misspelled and there was no "MD" or "DO" after the doctor's signature.

Senska was then sentenced to two to four years in state prison with a shock camp order for her crime of first-degree promoting prison contraband, a class D felony.

• An Auburn man pleaded guilty to several charges from a July domestic incident.

Gary Hamm, 30, of 290 Grant Ave., pleaded guilty to one felony, four misdemeanors and one violation.

Hamm admitted beating up a woman in her apartment on July 16, taking the phone away while she was dialing 911, and preventing her from leaving by standing between her and the door. He also admitted to later trying to get her not to testify before a grand jury and violating an order of protection.

Hamm pleaded guilty to class A misdemeanors of fourth-degree criminal mischief, second-degree unlawful imprisonment, fourth-degree tampering with a witness and second-degree criminal contempt. He also pleaded guilty to second-degree harassment, a violation. For his violation, Hamm will likely be sentenced to 15 days in jail and for each of his misdemeanors he will likely be sentenced to one year in jail, and two of the four counts will run consecutively to the other two. His guilty pleas also satisfied a second-degree burglary, class C felony, charge.

Fuquan Fields, 40, currently housed at Southport Correctional Facility was arraigned on five counts of aggravated harassment of an employee by an inmate, class E felonies. Budelmann said the crimes took place while Fields was an inmate at ACF.

Budelmann said he was prepared to offer Fields a plea deal of pleading guilty to one of his counts in full satisfaction of the indictment in exchange for a 2.5 to five year prison sentence. Fields is due back in court June 25.

An Auburn man is facing criminal charges for allegedly assaulting a woman in a domestic dispute earlier this month, according to the Auburn Po… 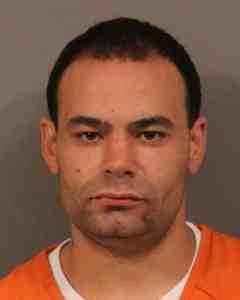