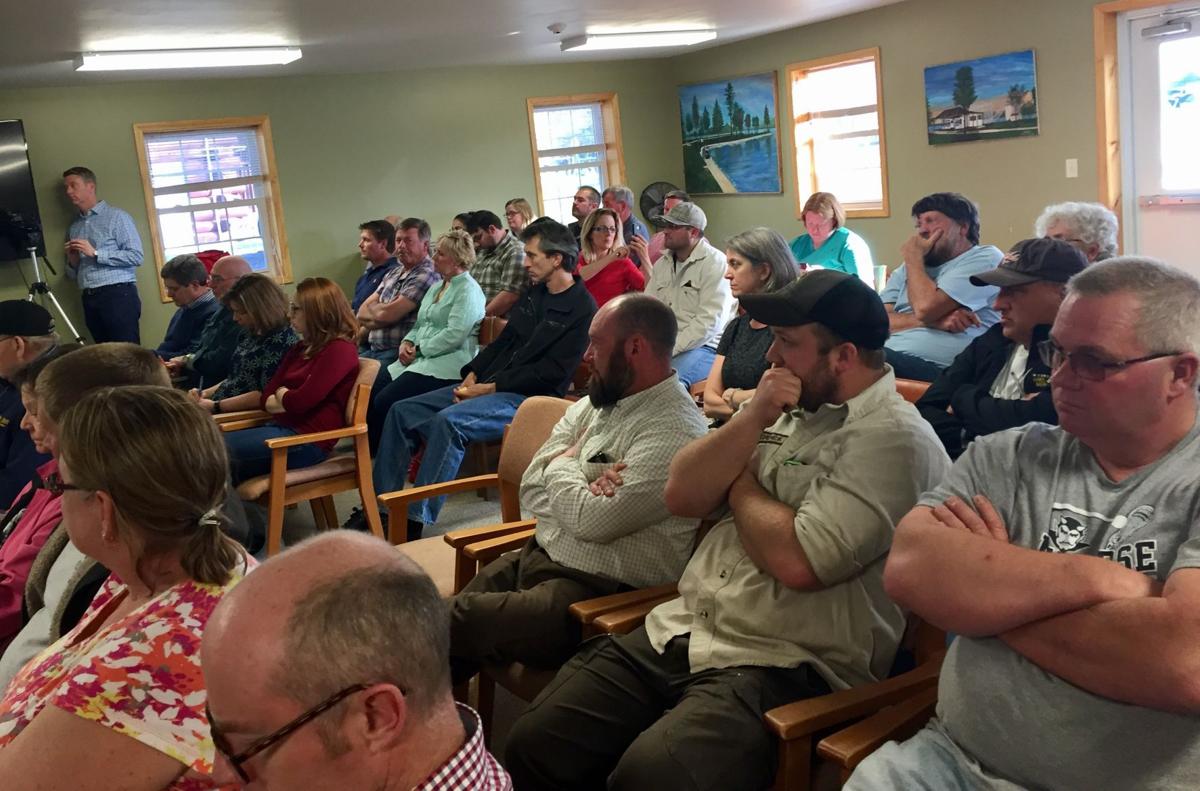 Members of the public listen to panelists at the second Partners for Healthy Watersheds meeting Monday night. 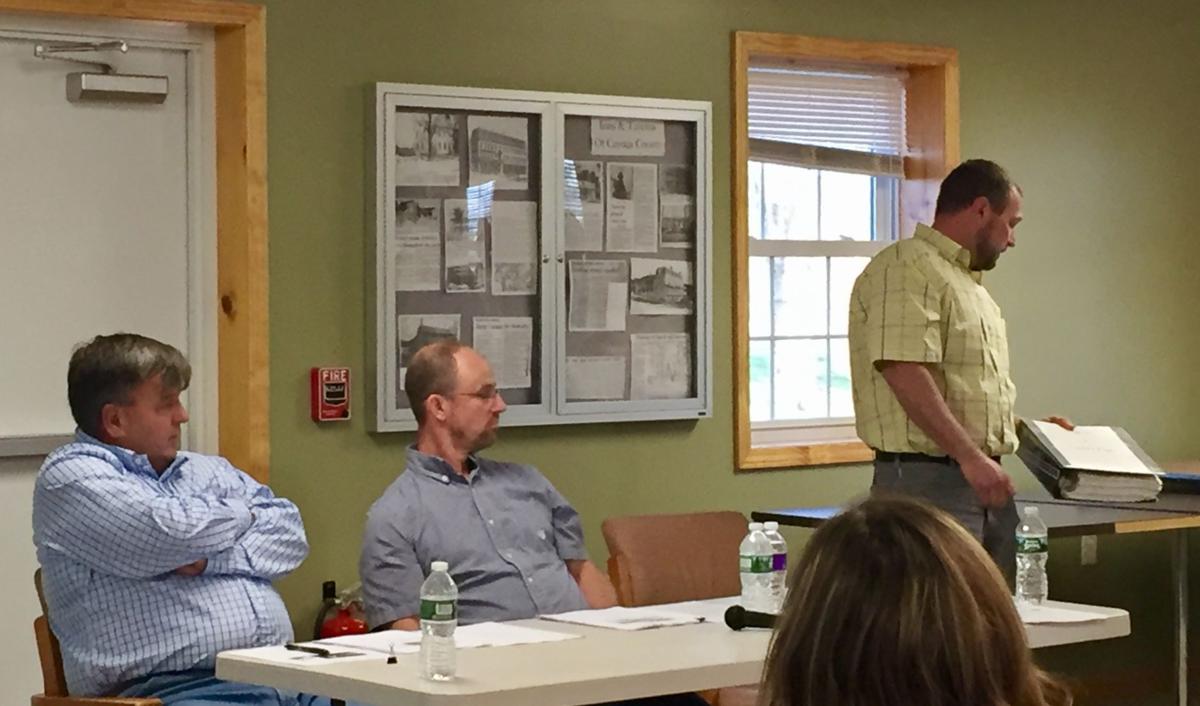 Dirk Young, John Fleming and Jon Patterson lead a discussion on manure management, storage and application at a Partners for Healthy Watersheds meeting in Owasco on Monday.

The new watershed organization is made up of agricultural groups including the American Dairy Association North East, the Cayuga County Farm Bureau, the New York Animal Agriculture Coalition and the North East Dairy Producers Association. Dirk Young, John Fleming and Jon Patterson spearheaded the forum at the O'Hara Agricultural Museum, focusing on large dairy farms and how they store, treat and apply manure.

Combined the three farms have approximately 3,900 cows in Cayuga, Onondaga and Tompkins counties. They explained how farms have become more efficient at feeding to get more milk and less manure. They discussed manure lagoons, which have months of storage to keep from spreading in the fall and winter. They're costly to build and maintain — hundreds of thousands of dollars.

But Terry Lattimore, of Auburn, said manure lagoons eventually leak. Nutrient run-off from farms has been one of the most discussed sources of phosphorous and nitrogen in watersheds, though it's not the only source. With Owasco Lake struggling with toxic blue-green algae blooms threatening the drinking water supply, Lattimore stood up.

"You think people are mad at you for the odor?" he said. "Wait until they can't drink the water."

But the underlying tension was in the room. All three panelists explained the risk to embark on new green technologies. Biodigesters, for example, are what Young called a "pain in the butt." Patterson has one, too, and both farmers thought the electricity generated from the methane gas could be profitable. But they said they're lucky if they break even. The market is too competitive, and most of the time they burn off their methane through a flare.

During the presentation, John Halfman, professor at the Finger Lakes Institute at Hobart and William Smith Colleges, raised his hand.

"I wish all of the farmers do what you three guys are doing at the front of the room," he said.

After a pause the discussion continued, but later, Halfman raised his hand again.

"You guys are doing a tremendous job in trying to put in all sorts of buffer strips and trying to keep the soil on your land," he said. "If you have to guess, what percentage of the farmers within the Owasco Lake watershed do similar efforts?"

Young said there are more and more every year. Halfman pressed, asking if it was like 5 percent, or 95 percent.

"I don't have any idea," Patterson said.

OWASCO — When Gov. Andrew Cuomo learned of the water quality issues affecting Auburn-area communities served by Owasco Lake, he was moved to act.

'Our side of the story': Farming groups host first watershed meeting in Owasco

OWASCO — Tim Fessenden and Jason Burroughs looked out onto about 100 people Monday night inside the Ward W. O'Hara Agricultural Museum in Owasco.

Several agricultural groups have formed a new watershed coalition, joining the conversation around keeping the Finger Lakes and water sources …

The state Department of Environmental Conservation is testing a new mapping technology displaying water quality information, and the Owasco La…

Members of the public listen to panelists at the second Partners for Healthy Watersheds meeting Monday night.

Dirk Young, John Fleming and Jon Patterson lead a discussion on manure management, storage and application at a Partners for Healthy Watersheds meeting in Owasco on Monday.