Fauci: US may see 'surge upon surge' of virus in weeks ahead

Authorities canceled an AMBER Alert for a 2-month-old girl who police said was taken Wednesday morning from an address in the village of Holley in Orleans County, and are now looking for the teenage parents of the infant.

The child was recovered safely at the residence of extended family in Auburn, according to a statement released by Orleans County Undersheriff Michael C. Mele.

The infant was then placed into the care and custody of Orleans County Child and Family Services, Mele said.

The alert was issued at about 2:20 p.m. After it was learned that the baby was left at the residence of extended family in Auburn, the alert was canceled at about 3:30 p.m.

The sheriff's office was looking for the parents, described as a 16-year-old male and a 15-year-old female, who were reported to have fled on foot.

The sheriff's office asked anyone with information regarding the parents' whereabouts to call 1 (585) 589-5527. 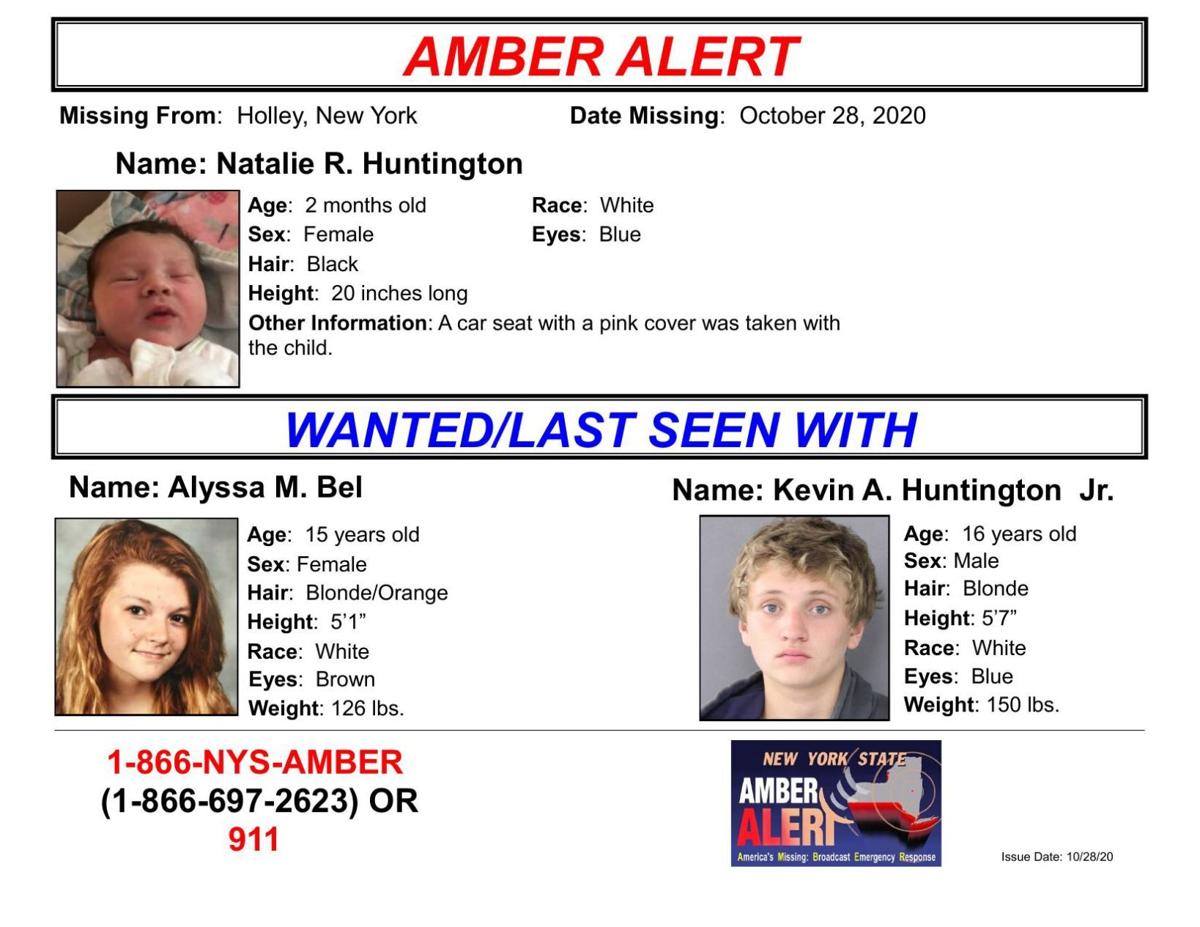 As 10 Cayuga County businesses have been fined for violating state COVID-19 regulations, a grocery store has been penalized for a repeat offense.

One person's attendance at a Halloween party sparked a COVID-19 superspreader event in a Cayuga County school district.

AUBURN — Brewers are used to waiting. From fermentation to barrel aging, they know it takes considerable time to create something special.

AUBURN — An Owasco man who jumped bail and fled to Tennessee to open a pizza shop under a fake name was sentenced in Cayuga County Court Tuesday.

Auburn Junior High School students won't be returning to their classrooms for nearly two weeks as a result of newly confirmed COVID-19 cases.

Citing the "widespread" presence of COVID-19 in the community, the Cayuga County Health Department announced over the weekend that it would no…

Cayuga County has more residents hospitalized with COVID-19 than at any other point of the pandemic.