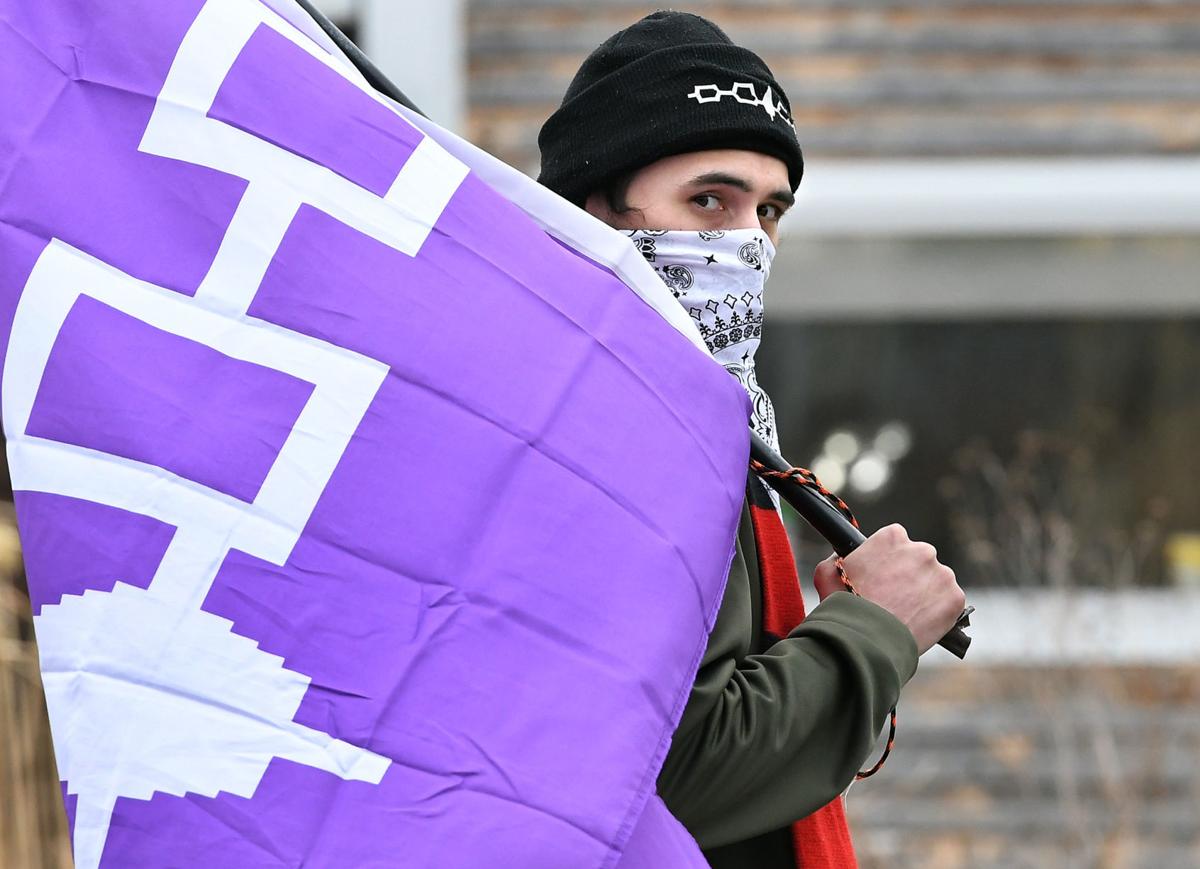 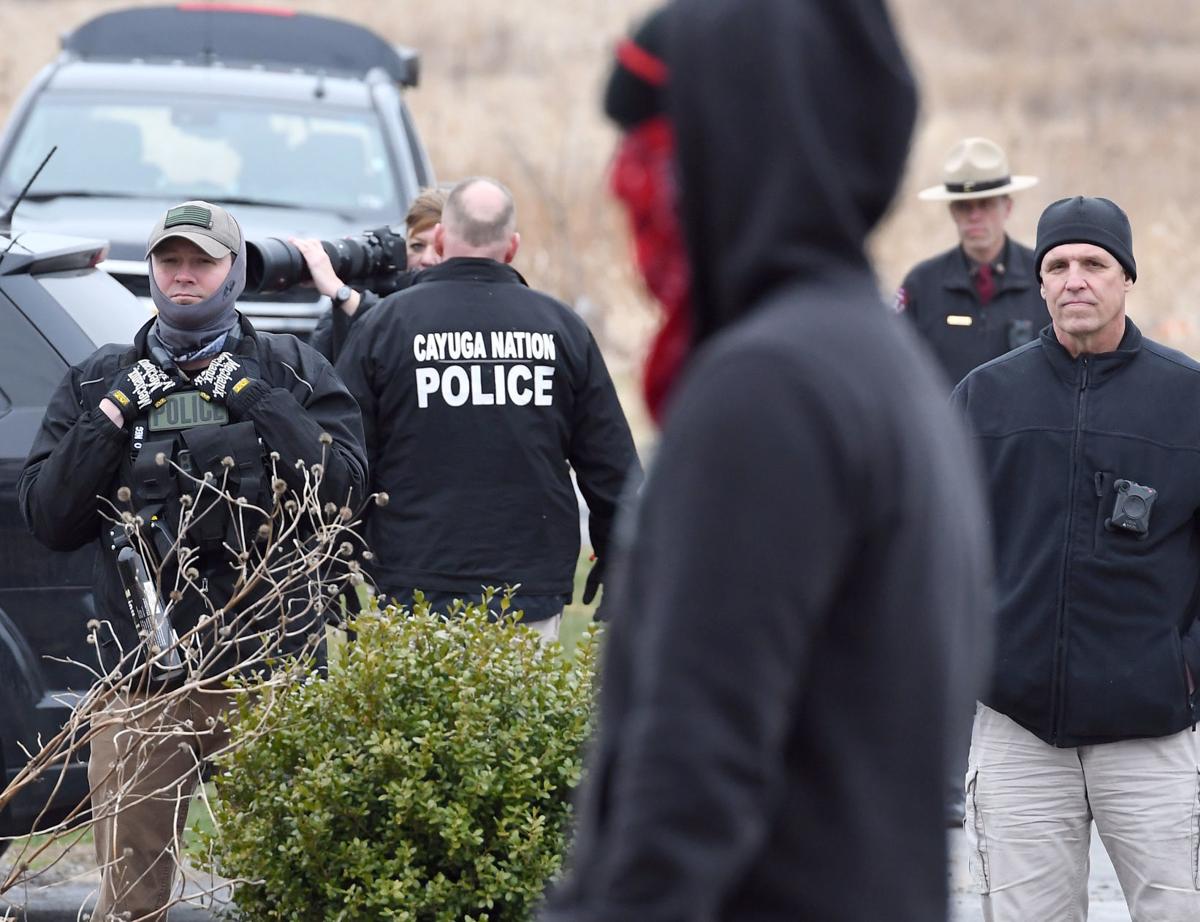 UNION SPRINGS — Galvanized by what they said are the morally wrong actions of the Cayuga Nation Council, a small group of nation citizens and supporters banded together to protest Wednesday afternoon in a demonstration that remained peaceful.

Around 10 people protested at the LakeSide Trading gas station and the Lakeside Entertainment gaming center in Union Springs, both of which are operated by federally recognized council and led by Cayuga Nation citizen Clint Halftown.

Cayuga Nation police officers stood at both sites, which had caution tape. Behind the police, someone with what appeared to be a camera could be seen. One protester brandished a Haudenosaunee flag and a couple of protesters held signs decrying the gaming center. Some of the protesters concealed their faces. Some said they were Cayuga Nation citizens, while others were not.

The seven Cayuga Nation chiefs of the Haudenosaunee Confederacy held a press conference at the Seneca Falls site the following week condemning the actions of the Halftown council. Shortly after the conference was finished, violence broke out between supporters of the chief and the Cayuga Nation police force run by Halftown.

The Halftown-run council has repeatedly said the group, which it has labeled as "dissidents," that operated those buildings in Seneca Falls had illegally seized that property in 2014. The council said it lawfully retook possession of Cayuga Nation property.

Charles Bowman, who was detained by the Cayuga Nation police during the Feb. 29 clash, said Wednesday the protest was organized by traditional Cayuga Nation members but he helped get the word out. Bowman said he was defending a woman at the clash and was pepper sprayed, hit with a baton and kicked. Although he is not Native American, he said he has lived in Seneca County his entire life and knows Cayuga Nation members who identify as more traditional members.

"It's our responsibility to help our neighbors," Bowman said. "They're being put down because they're traditional, because of their language and their culture and (Halftown) is afraid of that."

Brett Kettle, who said he is a Cayuga Nation member, said he does not support the gaming center, adding that he was protesting Halftown "and everything he has, because it's not what we stand for."

Kettle said he feels Halftown is trying to push Cayuga Nation members under his control.