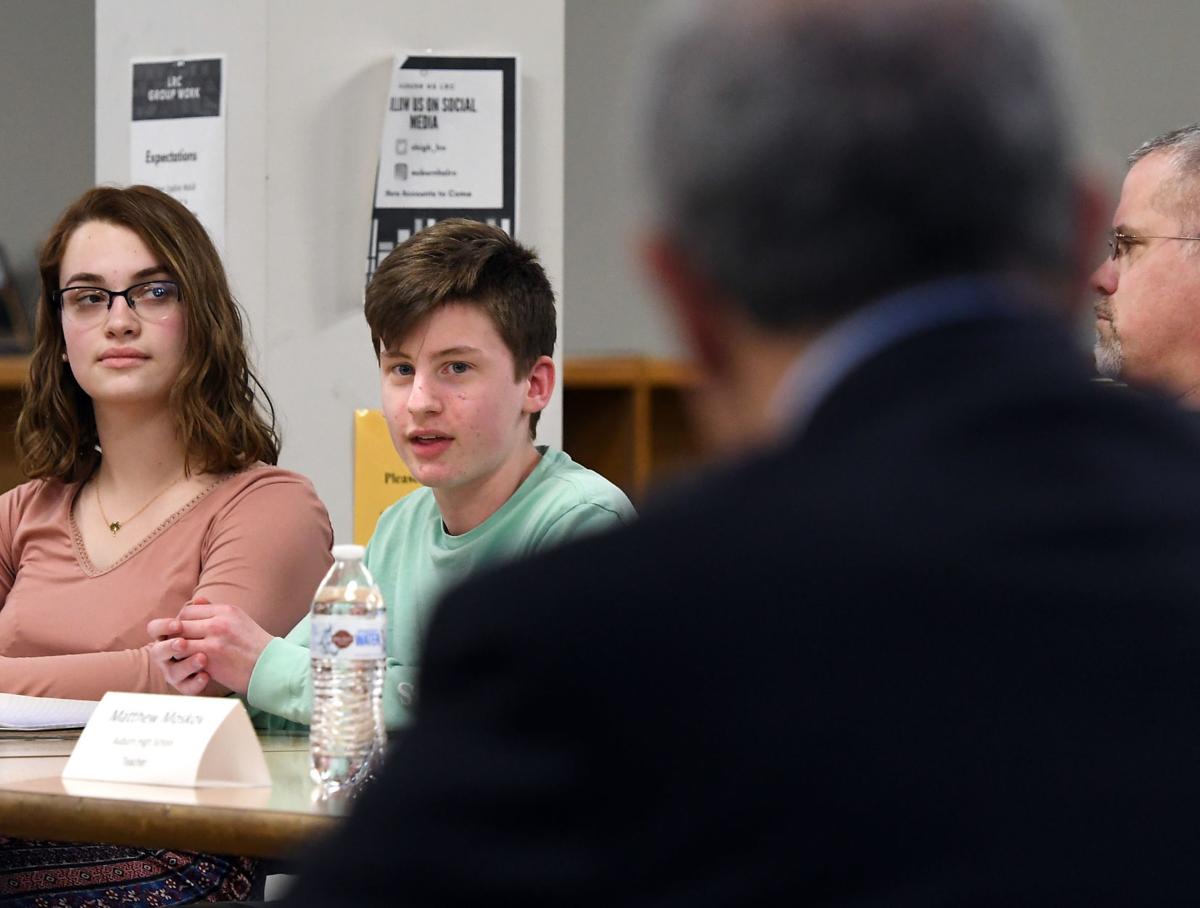 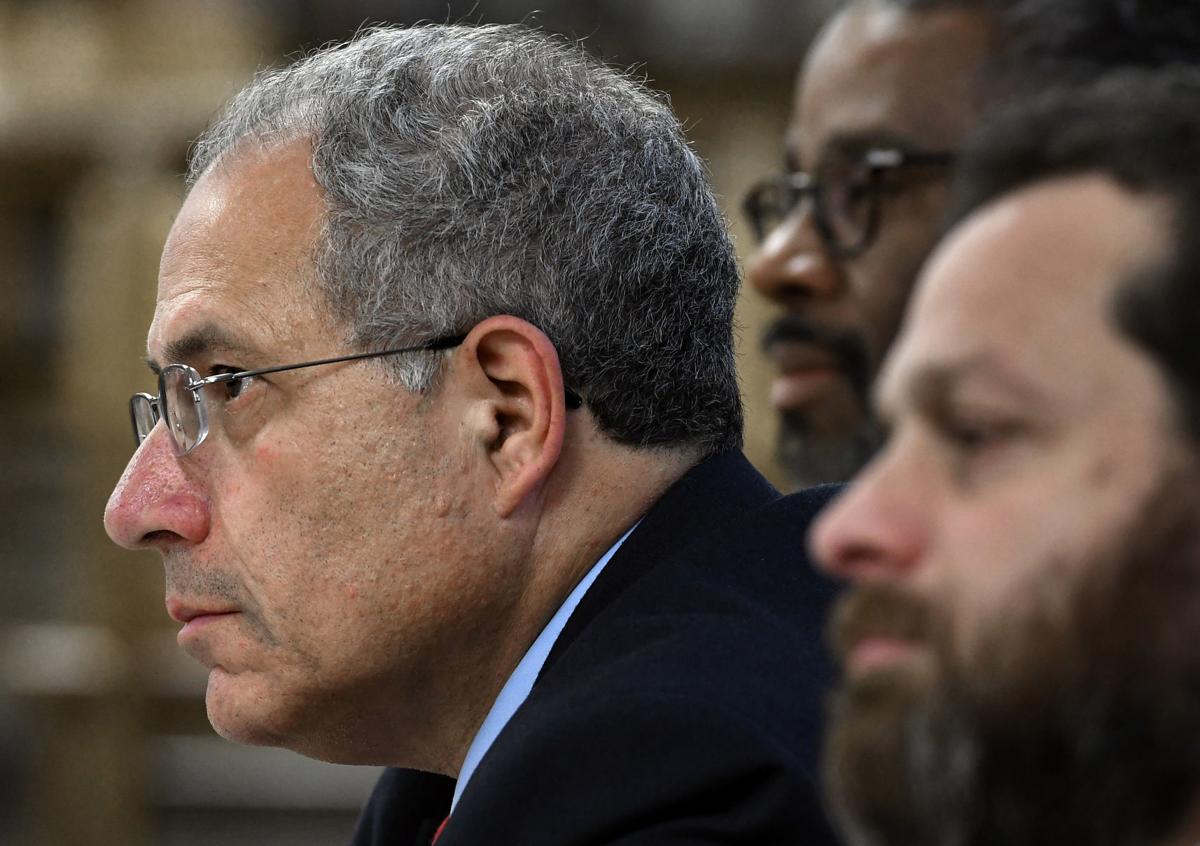 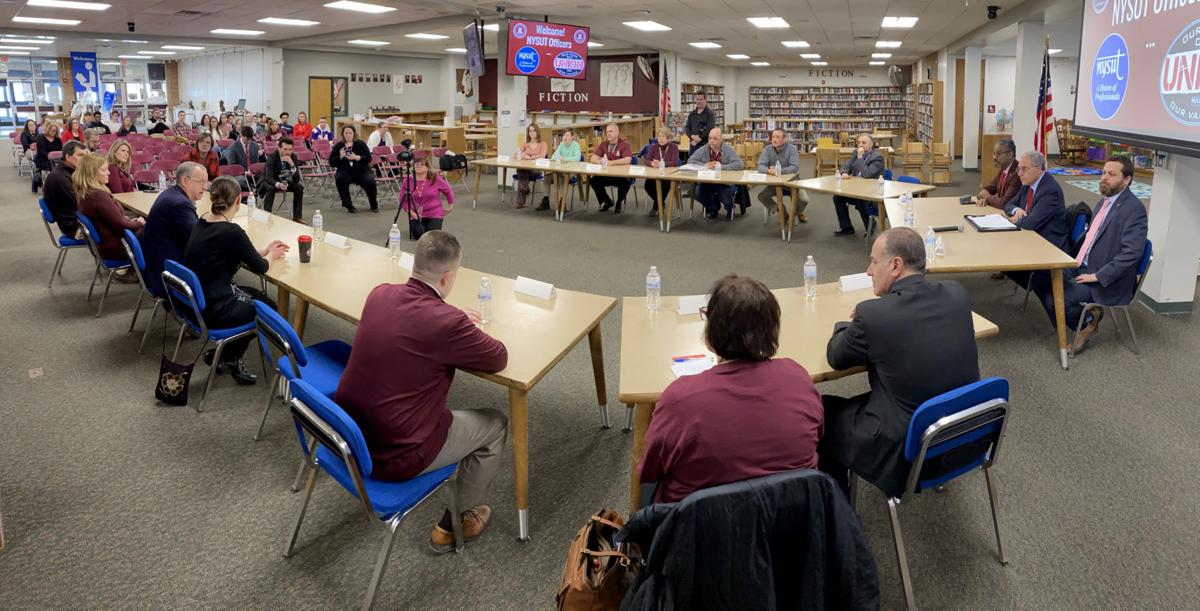 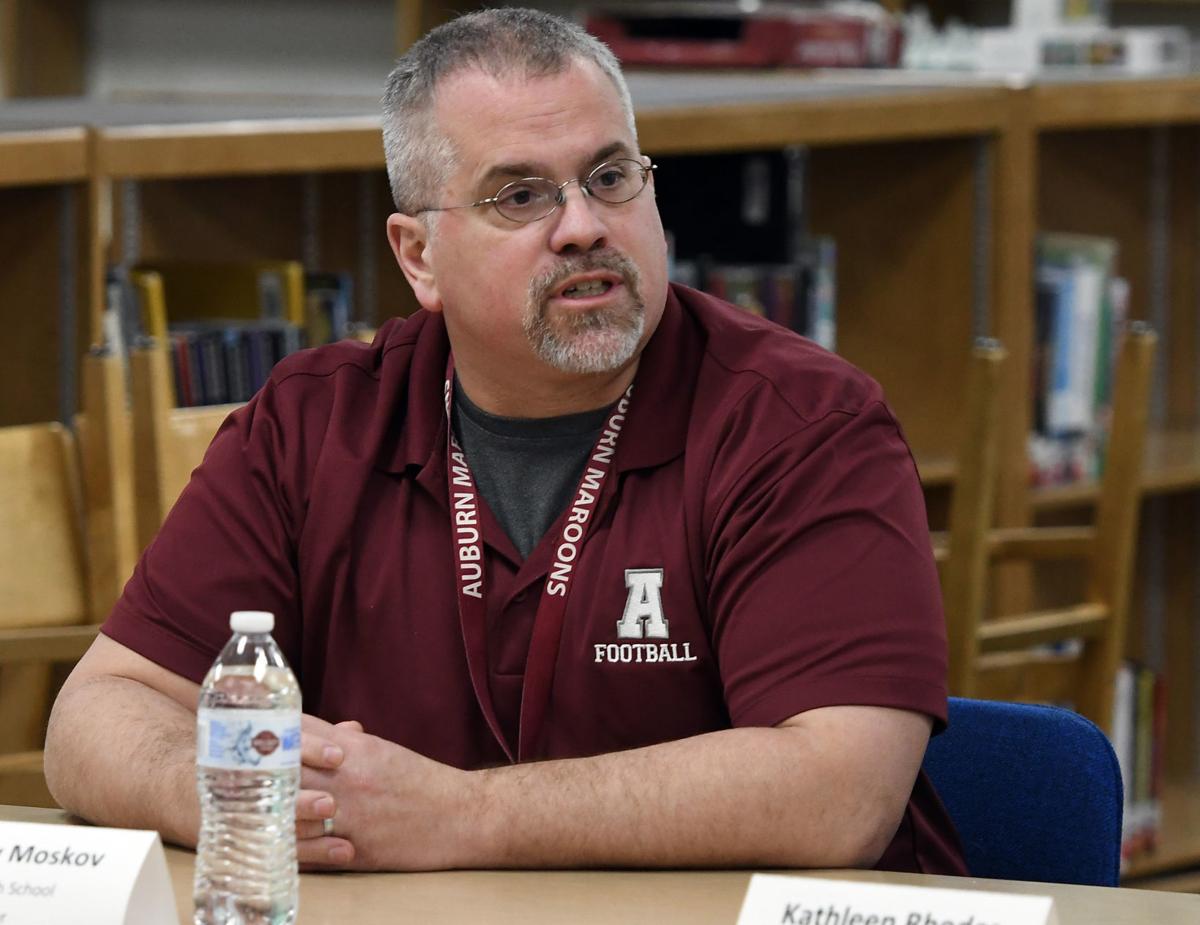 Pallotta and other officials with the state teachers union took a tour of the Auburn school as a part of the Fund Our Future statewide tour, meant to draw attention "to the severe impact a lack of state funding has had on schools statewide," a union news release said.

The union is calling on a $2.1 billion state aid bump in the 2020-21 state budget, "which includes the first installment of a three-year phase-in of the more than $3.4 billion in foundation aid owed to more than 400 school districts around New York." Foundation aid is the base aid districts receive. The bus tour began for the first time in January and has included stops across the state. The tour traveled to Syracuse Friday before it got to Auburn.

A group including Amy Mahunik, principal of Seward and Auburn Enlarged City School District Jeff Pirozzolo showed Pallotta and other union officials around. As Pallotta and others asked questions, Mahunik spoke about problems the district has endured, including large class sizes — including 30 students for some classes — that make it harder to address the social and emotional needs of children.

The officials were later brought to a special education classroom that Mahunik said has two classes. She said scheduling is sometimes an issue. At one point, a teacher could be seen teaching students in a hallway. Mahunik later said the schools makes use "of every space we have."

At the end of the Seward tour, Pallotta said the visit was positive and acknowledged the school's struggles, such as class sizes. He also noted a need for social workers, physiologists and mental health specialists, adding that is "the common theme" throughout his visits in the state. He referenced the students being taught in the hallway and said these underfunding issues could be addressed through raised taxes on the rich.

"There's not much room left in this building. You could see the special needs class being held in the hall. It shouldn't be that way," he said. "There is money in this state and we believe that with a little bit of a higher tax on billionaires and ultra millionaires we can take care of these kinds of problems."

He said the union is not suggesting that taxes be raised on "somebody who just made a million dollars" or the middle class. Pallotta said there are senators and assembly members who believe "now is the time to fully fund foundation aid" and that districts across class levels in the state are having issues, which he believes is largely due to lack of foundation aid funding.

"They also say it's hard to raise taxes in an election year, but you can see by the teacher that was working with the kids in the hall it's also hard to work as a teacher when your classroom is a hallway," Pallotta said.

Later, the union officials were guests at an education roundtable at Auburn High School. For years, the district has argued that it does not receive its fair share of funding. Auburn officials have said the district spends $18,273 per pupil, well below the $24,712 statewide average. The district has also said the foundation aid formula is underfunded, based on old data and is not equally given to school districts based on need.

Elementary school social worker Casey Carey-Dixon said social workers are dealing with an array of behaviors and student needs, including homelessness and children's emotional and mental health needs. She added that her colleagues are "frequently running from one crisis to the next."

Coronavirus stimulus checks: Who will get (at least) $1,200?

A fourth person has tested positive for the novel coronavirus in Cayuga County — the first new case in five days.

A tent is set up, a portion of the building has been cleaned and internet service has been installed.

A Cayuga County Sheriff's Office employee has tested positive for the novel coronavirus, and about 10 employees have been placed under quarant…

The head of the union representing correction officers at New York prisons has tested positive for the coronavirus.

Fires in Sterling, Cato under investigation