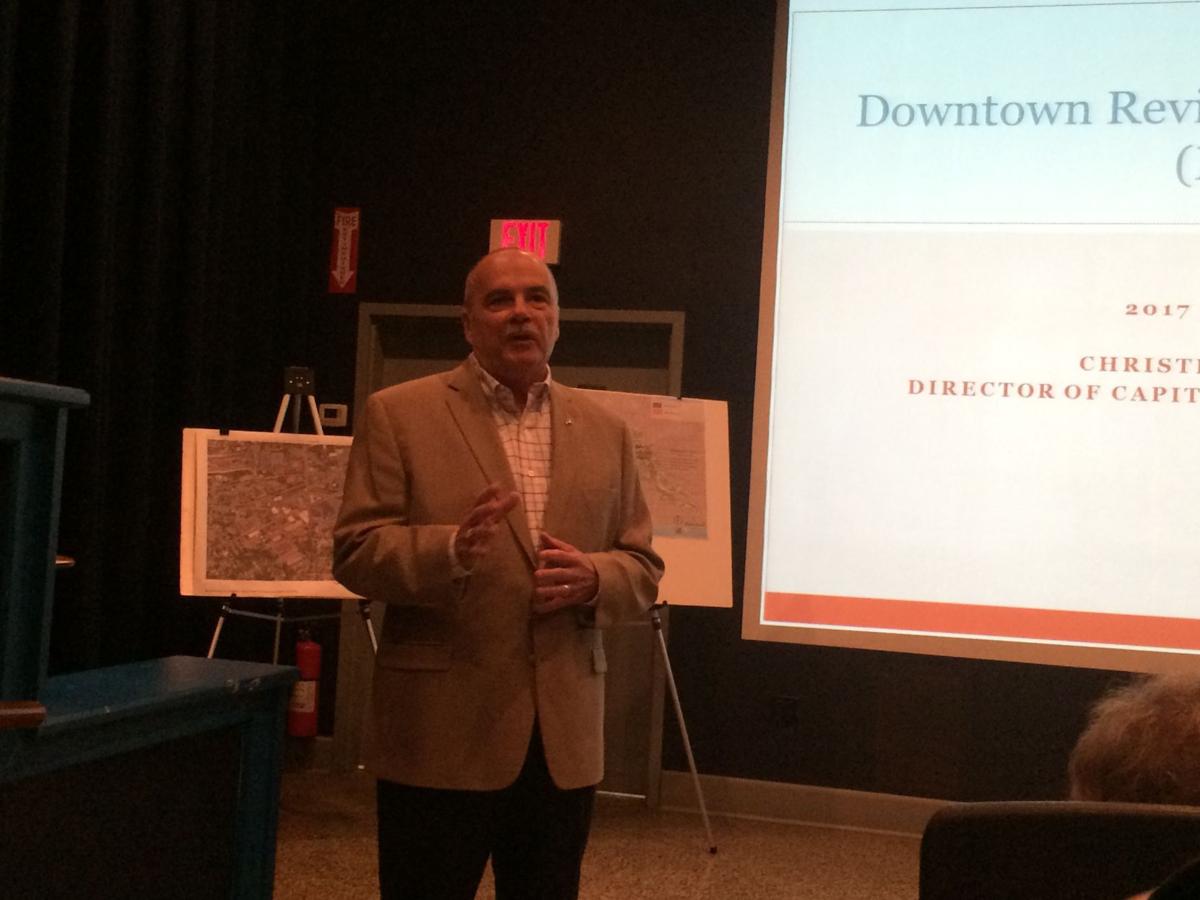 Auburn Mayor Michael Quill requests that the public give their input during a meeting for the Downtown Revitalization Initiative grant competition Tuesday evening at the Auburn Public Theater. 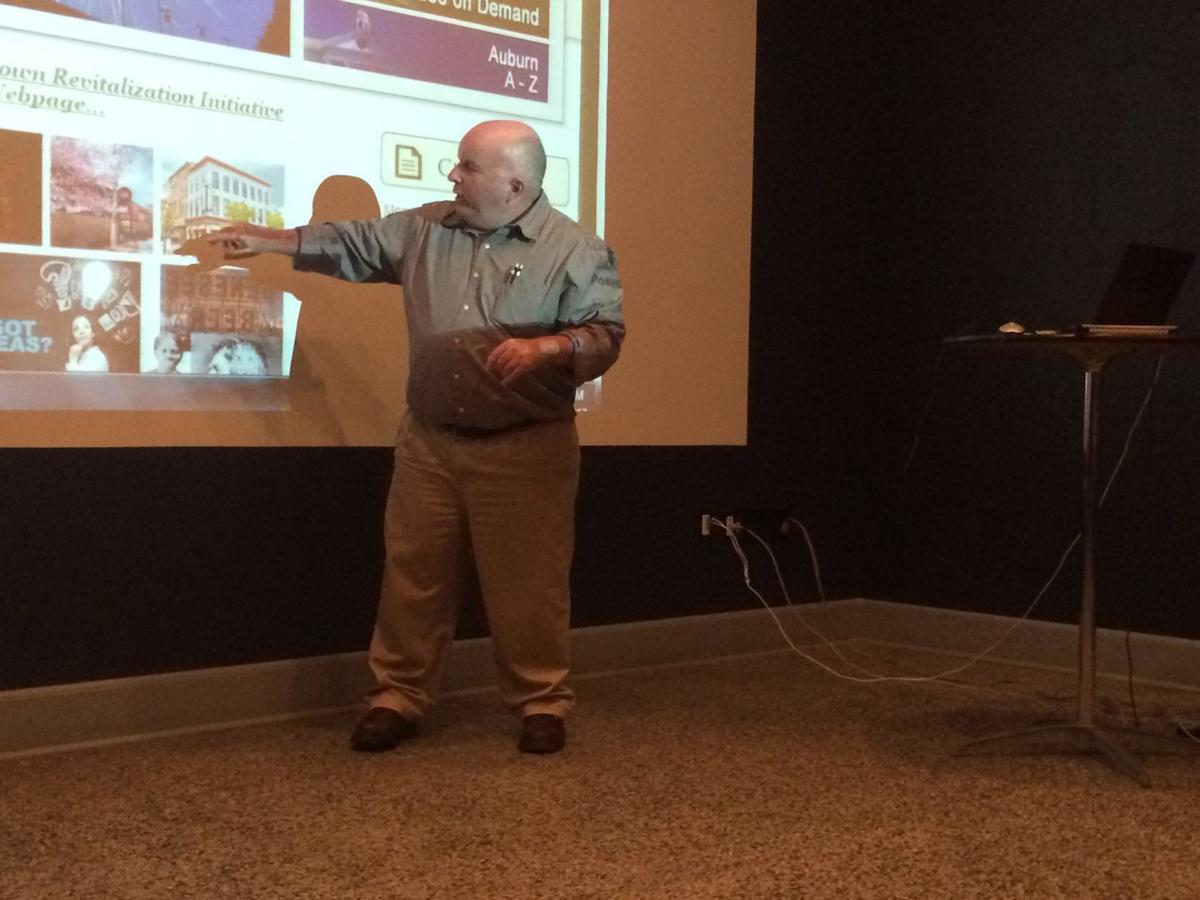 AUBURN — The public comment period for Auburn community members to give their input for a $10 million state grant competition to revitalize downtown is open until June 7.

Auburn Mayor Michael Quill encouraged those who attended the meeting Tuesday evening at the Auburn Public Theater to "tell your neighbors, tell your friends" to submit opinions and ideas through the city's website for the Downtown Revitalization Initiative grant.

"We want to know what you think we can use this money for," Quill said. "We want you to think outside of the box, think about what is going to work for the city of Auburn."

Quill said all public input received by June 7 will be considered when writing this year's application, which is due June 14.

"Your input is what is going to make this project work," Quill said.

Waterfront development and parking were two major concerns brought up by those who attended the meeting.

City resident Robert Cotter said he came to the meeting because he is interested in the future of Auburn and was hoping to have his voice heard. He said he would like to see the city focus on the waterfront when it comes time to write the grant proposal.

"Water should be a focus, an attraction and a theme," Cotter said. "The water is the reason the city is here in the first place."

One of the main components of the grant application will be plans to bring more housing into the downtown area. Business owners and citizens expressed concerns that there will not be sufficient parking to accommodate those who live downtown and those who visit downtown.

City Clerk Chuck Mason said the city council is working to come up with ways to maximize parking downtown and will vote on some parking solutions during Thursday's city council meeting.

"An overall parking plan is what is being cried out for and that constantly changes," Mason said. "If there's a theme that predominately affects every single nook and cranny and area of our downtown, it's parking."

Mason said if Auburn wins the grant money, the city will get to work with state planners who will be able to give helpful input into how to best structure downtown parking.

At a previous public input meeting held May 23, some residents said they would like to see the main focus of the grant application shifted from business to arts and culture.

"Anything that can bring money into downtown is great," Onori said. "Anything to enhance opportunities for fun downtown."

Go to auburnny.gov to submit your opinion for the downtown revitalization project

Report: Returning Syrian refugees at risk of abuse from government

Auburn Mayor Michael Quill requests that the public give their input during a meeting for the Downtown Revitalization Initiative grant competition Tuesday evening at the Auburn Public Theater.