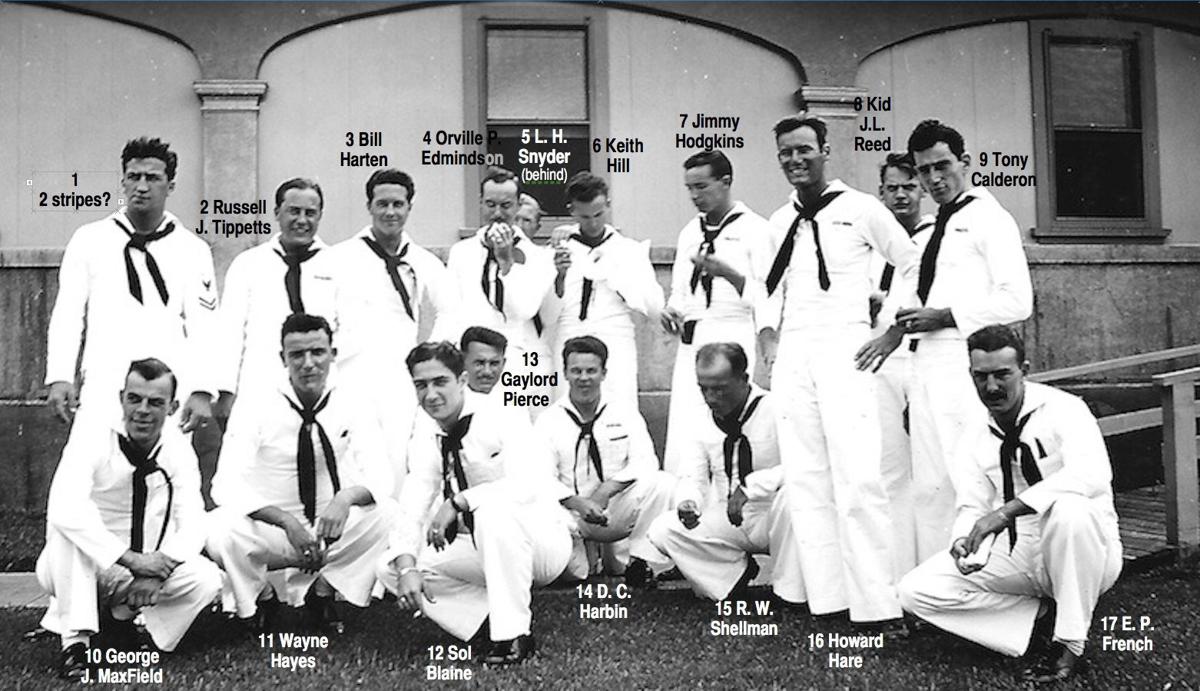 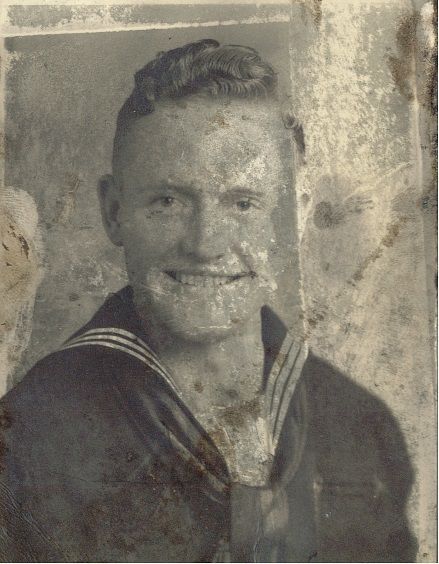 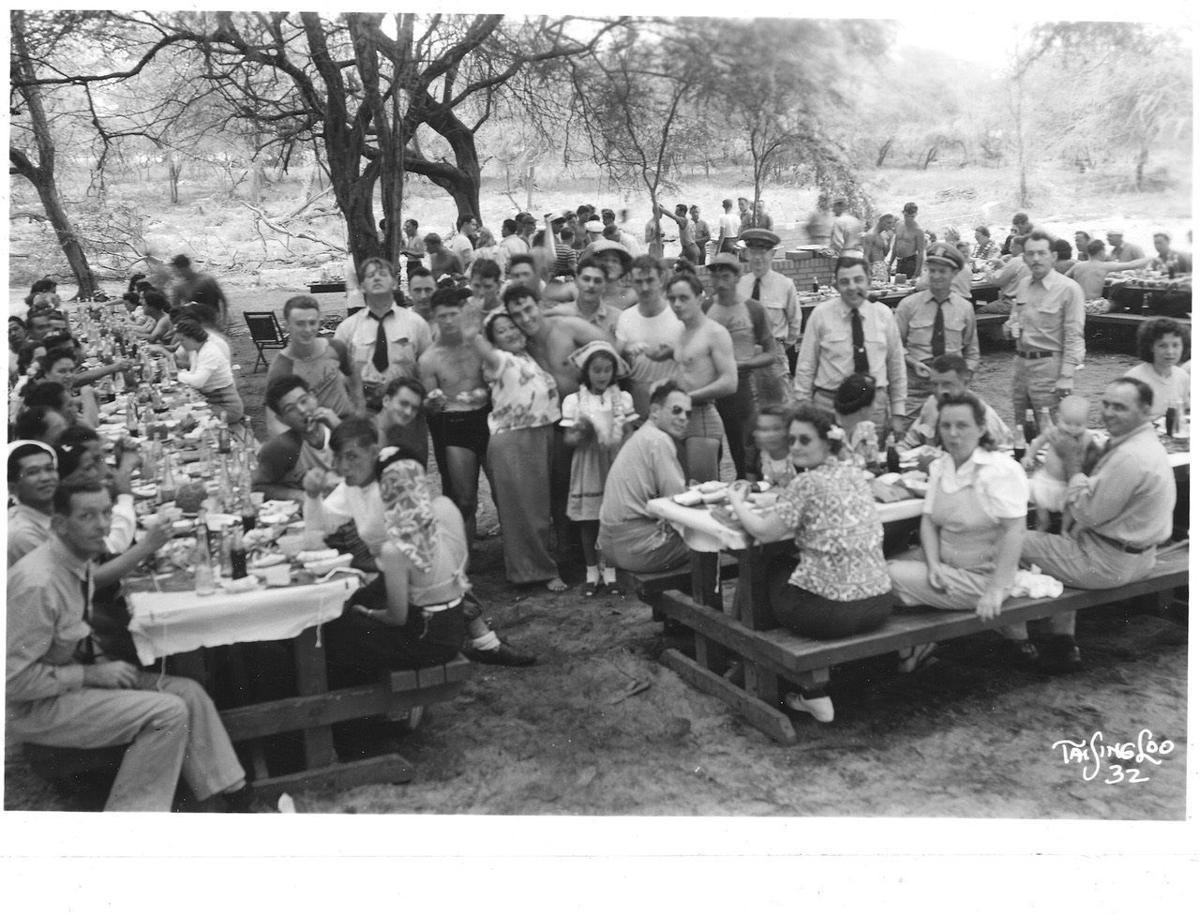 Editors' note: Auburn native Roger Hare has written multiple times for The Citizen about the Pearl Harbor attack, which his late father survived while serving on the USS West Virginia. Now living in North Carolina, Hare continues to research and write about the bombing that took place on this day 76 years ago, and has submitted this story for our readers:

When assignments were posted for Navy School of Music class of 1941, Howard Hare and classmate Bill Harten were excited. They were placed in beloved Bandmaster Fred Kinney's group, Band 21. This band was to be placed aboard USS Tennessee but a problem arose. The bandmaster assigned to Band 22, USS Arizona, had a relative stationed aboard Tennessee and in pre-Sullivan law Navy he sought placement there. Would Kinney swap bands with him? Kinney had worked hard to place the best of the class in his group and would not entertain the thought of losing them. Knowing Navy would never change assignments once made, he had a solution — simply swap numbers. Band 21 became Band 22 and vice versa.

Howard and Bill arrived at Pearl Harbor in June 1941 and reported to the Tennessee, only to be told to report to USS Arizona. Here they were told the crushing news: Kinney did not need them so they were to report to Bandmaster TG Carlin on USS West Virginia (Band 17).

The Dec. 7 Japanese attack trapped Band 17 members below deck and their escape was narrow. One member, Eugene Lish, was killed and Bandmaster Carlin severely burned. Behind the West Virginia, Band 22 was obliterated in the USS Arizona explosion. Band 17 was put in small quarters on Ford Island where the talented Bill Harten informally took lead duties. He kept them playing with old instruments donated by islanders.

In the basement of Naval District Headquarters, Ford Island, a small group of code breakers operated under Commander Joe Rochefort. Devastated by their failure to spot the Japanese attack, "Station Hypo" feverishly sought clues to the new Imperial Japanese Navy code, JN25B. This was a book cipher where every word was given a five-digit number. In addition, the coded message had another layer of five-digit numbers for added security.

Super-secret rotor calculators, designed by the Navy's Agnes Driscoll, were to be sent to Hypo but we're long delayed. Code-breaking the numbers would have to be done manually. The procedure: scan pages of five-digit numbers to spot repetitive groupings. Those repeating numbers were usually common words such as "the," "one" or "arrive." Thus a Japanese message would read: "Force in transit from__arrive at__23 January." Attention was then focused on the meaning of the blanks.

Turns out the process of spotting repeating numbers comes naturally to musicians — it's the same skill used to scan sheet music to find their "mark." Dramatic progress occurred and the entire California band had their ratings changed from MUS (Musician) to E (Electronics). They were then official code breakers and that band ceased to exist.

Station Hypo was an informal outfit where all were free to share opinion and input, regardless of rank. After work "jaw sessions" were common and this is where Musicians demonstrated another skill-traffic analysis.

Partial decryption of JN25B revealed scant information. We knew some IJN forces were moving in a certain direction but lacked knowledge of "big picture" intentions. Musicians are marvelous puzzle solvers for one reason: they not only must know their part, they have to know how it fits into the composition as a whole. Their deductive reasoning was a great benefit to Hypo ... this stuff wasn't taught in Code School. (Read how target "AF" was determined to be Yamamoto's Midway objective to appreciate this puzzle-solving skill.) In essence, they worked backward to reconstruct a composition by knowing only their part.

With realization of their enormous benefits in numbers-crunching and traffic analysis, other musicians were sought. USS West Virginia Band 17 was the only orphan band remaining at Pearl Harbor and were individually brought into Group Captain Dyers Hypo office on Dec. 17, 1941. Here they were read the "riot act" about secrecy so severe, all but one took the secret to the grave. Surviving Bassist "Cal" Calderone, 97, revealed it to me in January 2017.

With outbreak of war, Oahu was ringed in barbed-wire. One stretch of Waikiki beach remained open for recreation. It ran from Royal Hawaiian Hotel to Diamond Head. Sailors and GIs would roam this strip for the best big-band music and the island's only alcohol.

The U.S. Army had a first-rate music venue in this area and Fleet Recreation Commander Hickey determined to one-up them. An elaborate hall was built on Waikiki Beach named "The Breakers." It had a movie theater and conference rooms with upstairs sleeping quarters. It also had the finest dance hall in Honolulu. The acoustics were excellent and the floors were real Navy deck teak and swabbed routinely.

Enter Artie Shaw. The hottest big band in the country, Artie Shaw and The Rangers, were inducted en mass into the U.S. Navy. They headlined Breakers entertainment January through May 1942, sharing the stage with two house bands: Carey's Mustangs and Breakers Commandos. Band 17 members played in all of these bands.

No one noticed individual band members would go missing daily. They were at Hypo breaking codes that day. The three bands playing shuffled the deck so no one could detect absences as they appeared to have no routine. The importance of Musicians to Admiral Nimitz' code unit is revealed by their treatment: Band 17 was hidden in plain sight where the Japanese would never suspect: industrialist CR Holmes' donated Waikiki beach house, adjacent to the Breakers. Musicians were the admiral's secret weapon and were poised for the greatest victory in U.S. Navy history, the battle of Midway. Unlike the California band, 17 kept their musician rating and remained an official Fleet band with secret side duties.

Rochefort's team worked day and night to decipher JN25B. Nimitz was determined to smash Japanese carrier forces by surprise and Hypo was tasked for this mission. Band 17 was run ragged with their public playing and code work. In addition, they had their own radio show every Tuesday afternoon, broadcast across the Pacific on Navy's new mega-watt tower. As far as the Japanese were concerned, the "WeeVee" band simply played swing music for decadent Americans.

Deception took another form at the Breakers: the wild scrutiny of Artie Shaw by press and fans. Shaw was the John Lennon of his time (for all the same reasons) and he had girlfriend Elizabeth Kern (daughter of composer Jerome Kern) in a room at Royal Hawiian Hotel. Their tempestuous drunken fights were legendary and while all were fixated on Shaw, no one noticed unmarked cars taking members of WeeVee band from the adjacent beach house to station Hypo.

Rochefort's group accomplished Nimitz's task. JN25B was broken enough to lay a trap at Midway where IJN forces lost four aircraft carriers and 3,500 men. This was indeed revenge for the Pearl Harbor attack and a small group of musicians were critically important to this success.

Rochefort wrote that after the victory, he gave workers three days off, thinking they would finally sleep. Instead, he said they organized a three-day party at a beach house near Diamond Head that he attended. It was so wild, complaints brought the shore patrol, who were sent away by multiple displays of OP20G (secret Naval intelligence) ID cards. Band 17's beach house was that location, and survivor Cal Calderone told me how it felt to honor the Navy and celebrate at "the best party ever"... but only they could know.

While Midway work may appear climatic, it was only the beginning. Constant Navy attempts to ship Band 17 elsewhere were routinely countermanded personally by Nimitz. The admiral had a soft spot for this band and they stayed in Holmes' Waikiki house until January 1945. They only moved out once when it was used for an FDR/Nimitz/MacArthur conference in July 1944. They were given a five-minute notice to leave and newsreel footage of Roosevelt arriving shows band members in the background, leaving with instruments in hand.

This fleet unit band became the vanguard of code operators using super-secret first generation computers and were intimately involved in great Pacific battles. They also became the starring band at the Breakers for good reason: they had played daily with the likes of Artie Shaw, Claude Thornhill and Sam Donahue along with a host of traveling famous musicians. They were the hottest, most experienced band in the fleet and were the house band for all Honolulu USO shows, meeting celebrities from Jack Benny and Spencer Tracey to Louis Armstrong. They performed triple duty in code breaking, Breakers playing and radio performances. They also knew how to keep a secret.

This story took shape as a suspicion. As collaborative efforts among family members revealed an outline, many questions remained. Finding surviving member Cal Calderone has given shape to this year-long quest for the true story of the code-breaking band who secretly helped win the Pacific war.

What started years ago as a curiosity about my father's Pearl Harbor experience ends with him and the secret he kept.

The Navy was presented with this information earlier this year. They contacted scholars and code experts who were all unaware of Band 17's secret story. Old Navy records were scrutinized and confirmation is now at hand. Expect an announcement from Washington soon as they now know USS West Virginia Band 17 are the fathers of naval musicians who followed and surely the mother of all fleet bands.

The Auburn Enlarged City School District has named a new assistant superintendent of curriculum and instruction.

Winter weather advisory for Saturday covers all of Cayuga County

More winter precipitation is on the way to the Cayuga County area.

For the second time in two months, the Auburn Doubledays' general manager is stepping down.