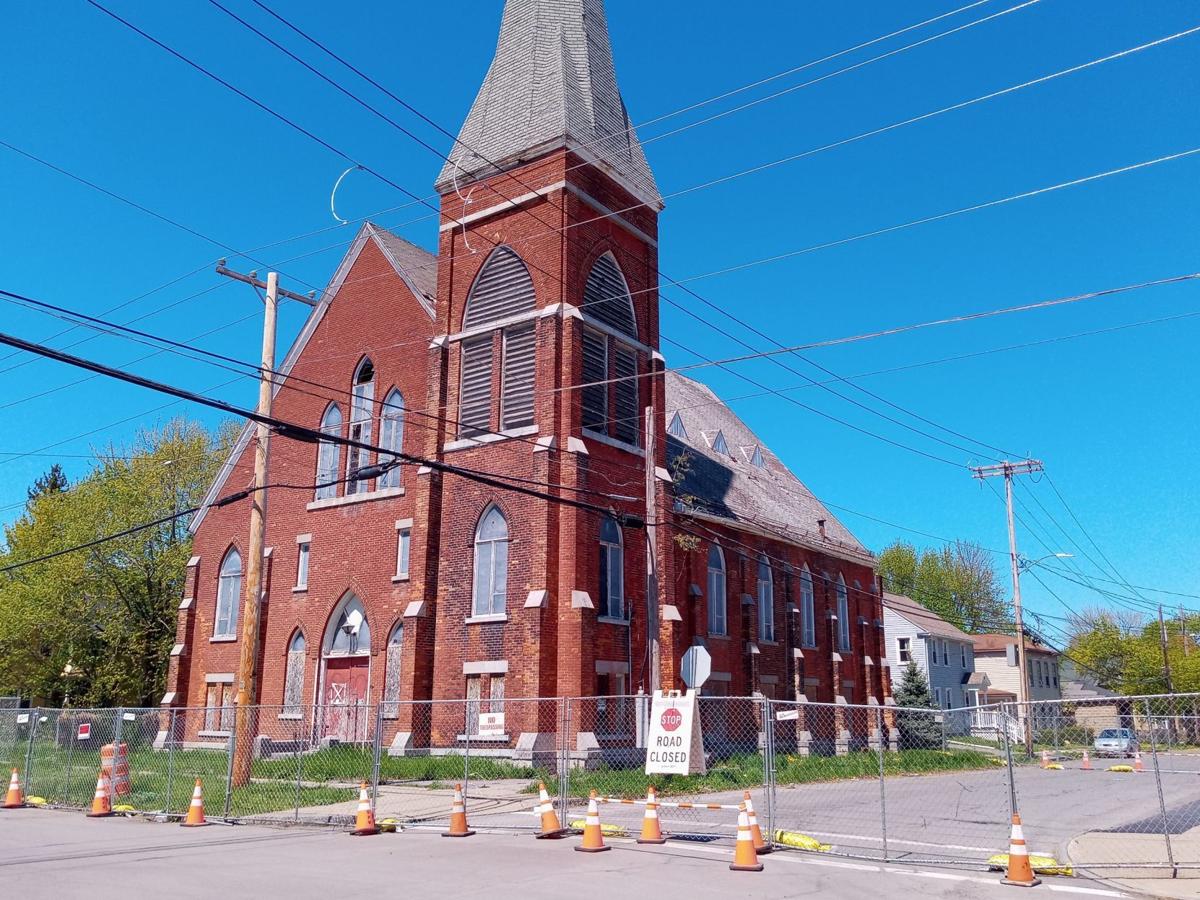 The Wall Street Methodist Episcopal Church on the corner of Wall Street and Washington Street in Auburn on May 1. 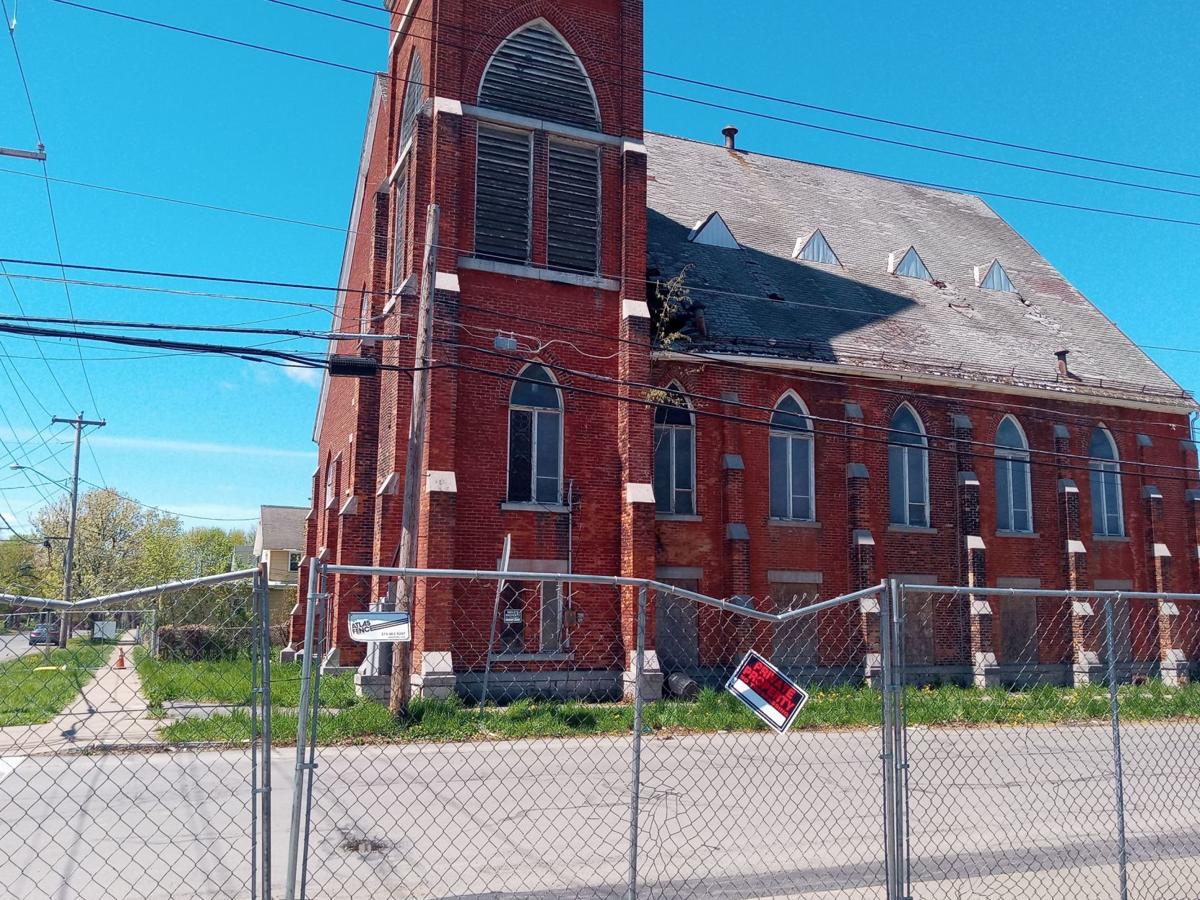 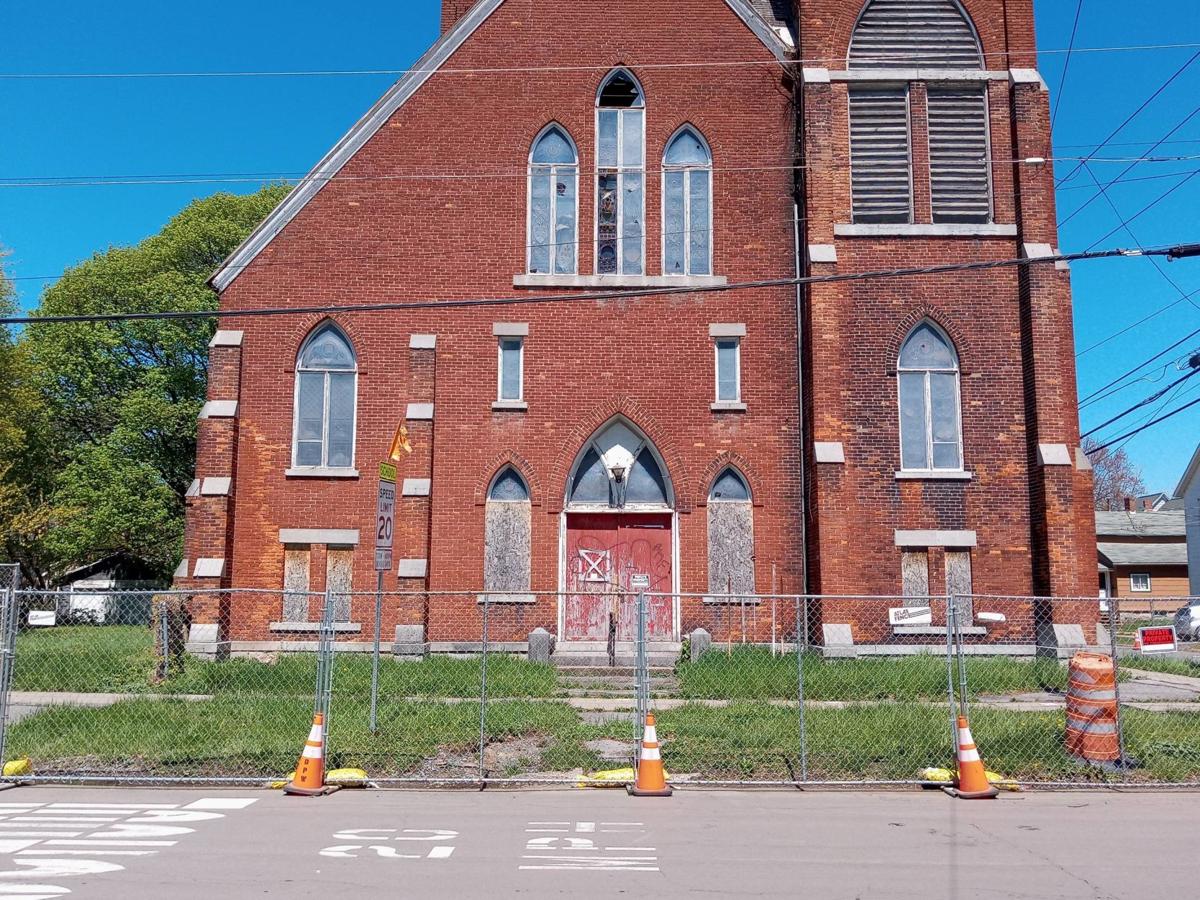 A section of a street in downtown Auburn is closed indefinitely over concerns with the structural integrity of an abandoned church.

The Auburn Police Department said in a post on its Facebook page Friday night that due to the "deteriorating condition" of the former AME Zion Church at 71 Wall St., Washington Street between Wall and Van Anden streets will be closed to all vehicular and pedestrian traffic except for residents living on Washington Street.

APD said there are concerns with the condition of the structure's steeple, especially with regard to wind and weather conditions.

Access in and out of that closed area of Washington Street will be available from the Van Anden Street side only, APD said.

"The street will remain closed until further guidance is given from city officials on the condition of 71 Wall St.," APD said.

Auburn Fire Department Chief Mark Fritz said Saturday that the street section will remain closed until the city determines their next steps with the building. He said there were citizen concerns Friday night that the church building had become degraded further than it already was.

City staff went to the building, evaluated the area and saw more degradation to the property's outside walls. The fencing that had already been put up around the church was moved out more "to expand the exclusion zone, just to keep the public safe," Fritz said.

Fritz said city officials will be meeting Monday to discuss the next steps that needed to be taken with the building.

"There are some safety concerns with the building, and it was determined that the best action at this time was to expand the exclusion zone," Fritz said.

The fencing by the building has a large stop sign and "Private Property" signs.

HIT: To efforts to revive a dormant athletic field and honor area veterans at the same time.

The Wall Street Methodist Episcopal Church on the corner of Wall Street and Washington Street in Auburn on May 1.