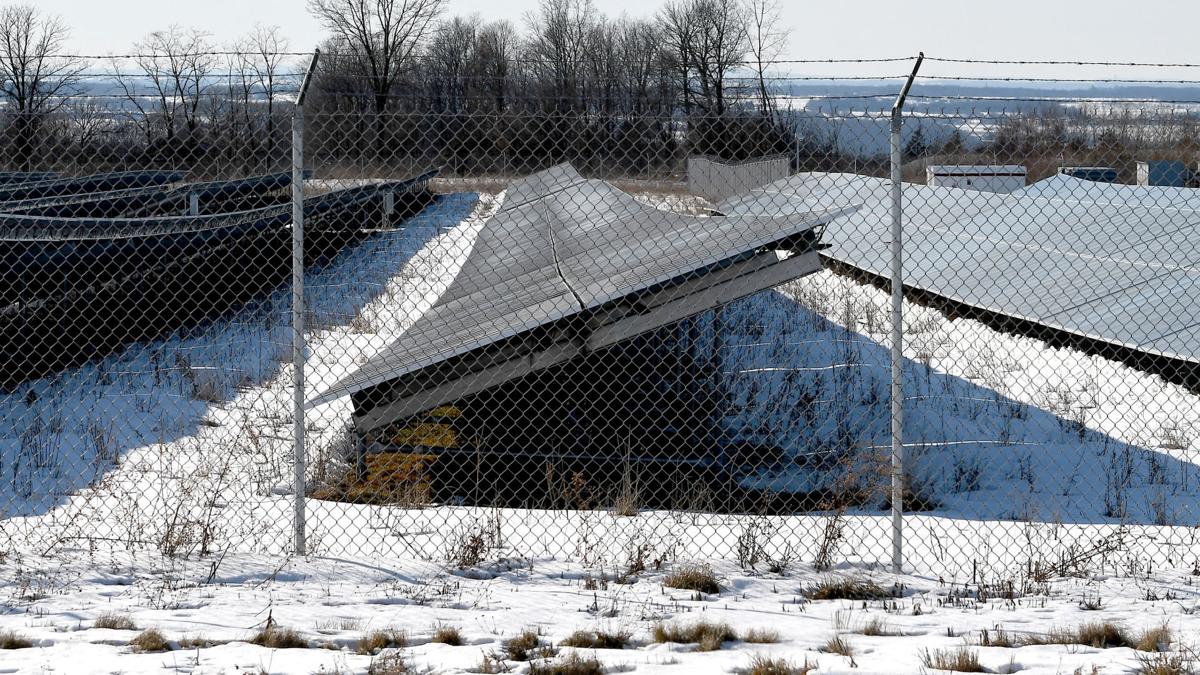 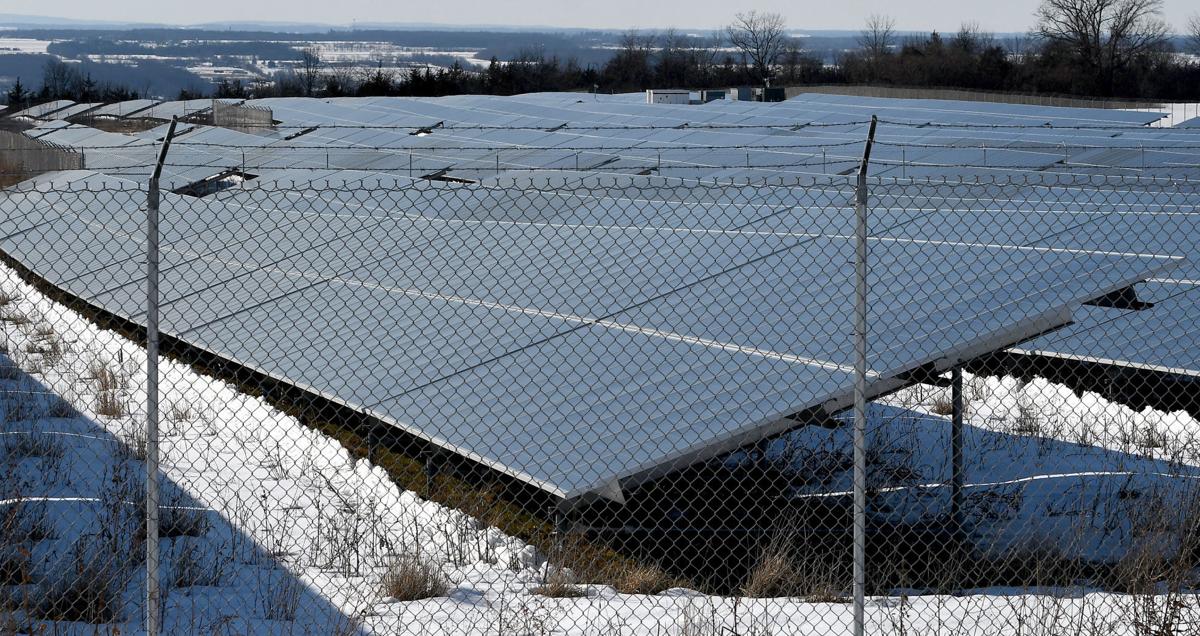 At the end of September, 333 active solar installations in Cayuga County — ranging from homes with a few panels on the roof to an array taking up 28 acres in Ledyard — were capable of generating a combined nine megawatts of power, according to the New York State Energy Research and Development Authority.

Absent from the online solar projects currently happening in the county is any large-scale commercial system. But that could be changing very soon — and it would mean exponential growth in the amount of locally generated electricity fueled by the sun's energy.

Three recently proposed commercial solar projects, two in the southern end of the county and one in the northern half, would add nearly 240 megawatts to solar power capacity in Cayuga County.

• In Ledyard, SunEast Development is pursuing 20 MW solar array project off Dog Corners Road on land that's been used for farming and as a private grass airstrip. The array would have 73,629 solar panel modules and take up about 140 acres. Connecticut- and Pennsylvania-based SunEast, one the biggest solar developers in the Northeast, hopes to complete the project this year.

• In Scipio, North Carolina-based Duke Energy Renewables is proposing an 18 MV facility that feature 49,000 solar panels on 96 acres off Center Road. That site has primarily been used for growing hay. That project was proposed a few months after SunEast's, but it also is targeting 2020 construction.

• The biggest project proposal, which was introduced at the end of January, would dwarf the other two. Florida-based NextEra Energy Resources has submitted paperwork with the state Department of Public Service for a 200 MW facility spread across 1,200- to 1,400 acres of land. Developers of that project are targeting a 2023 completion.

The largest solar array currently in service in Cayuga County is owned by Cornell University at its Musgrave Research Farm in Ledyard, which came online in 2016. That site has a capacity of four megawatts; it's one of several Cornell has developed to supply green electricity for its main campus in Ithaca.

New York Independent System Operator estimates that one megawatt of electricity can sufficiently power 800 to 1,000 homes.

All three of the new commercial solar projects would be done through lease agreements with the current landowners. They would generate power that would be sold to the state's power grid, with the two in southern Cayuga County connecting to NYSEG facilities and the Conquest project feeding a New York Power Authority transmission line.

"The big push for this is coming from New York state," said Tracy Verrier, executive director of the Cayuga Economic Development Agency, which is involved in the review of local financial assistance being requested by both SunEast and Duke Energy for their projects.

New York has been offering generous subsidies to large-scale wind and solar projects through NYSERDA. The Ledyard project was among 20 awarded share of $1.5 billion in grants announced last year. The Scipio and Conquest projects are both seeking funds through a new allocation in the same grant program.

The NYSERDA program is aimed at helping the state achieve clean energy goals that have been established in recent laws passed by the Legislature and signed by Gov. Andrew Cuomo. Key targets New York is pursuing include an 85% cut in greenhouse gas emissions by 2050, net-zero emissions from the state's grid by 2040 and 70% of New York's electricity coming from renewal sources by 2030.

“The results ... are making clear that Governor Cuomo’s bold vision of a clean energy future for New York is coming to fruition far faster, and at lower cost, than anyone predicted," NYSERDA President and CEO Alicia Barton said in a press release announcing the 2019 grants. "NYSERDA has carefully structured the solicitations to put community engagement and responsible siting considerations front and center, ensuring that these projects will be an enormous success story not only for our environment, but also for local communities, the state’s economy, and for New York workers.”

Large-scale commercial projects can have a positive impact on the local economy, Verrier said. Such projects may not be large job permanent job creators, but they do require construction work and can generate new sources of revenue for local governments, which can help keep property taxes in check.

Both southern Cayuga County commercial projects have applied for financial assistance from the Cayuga County Industrial Development Agency, seeking property tax relief and sales tax exemptions on materials used in the construction phase. But solar property tax deals are structured in a way that maintains current property taxes, which remain the responsibility of the land owner, while providing a mechanism for the energy companies to pay a portion of what the taxes would be on the increased value of the property when the solar facilities are operating.

Solar payment-in-lieu-of-tax programs are typically structured so that the solar company pays local governments on a sliding scale based on the number of megawatts of electricity produced. Preliminary figures for the Ledyard project show that would mean $80,000 in additional revenue for the county, town and school district in the first year. Over 15 years, it would amount to $1.38 million.

An IDA public hearing on the financial assistance for the Dog Corners Road project in Ledyard is set for Monday night. It takes place at 6:30 p.m. at Ledyard Town Hall, 1099 Poplar Ridge Road.

As the state pushes big wind and solar projects, some of them have encountered resistance in the places where they are proposed. Ledyard has approved an environmental review for the SunEast project, but residents and officials there have expressed concerns about the impact of the massive array. Minutes from town planning board meetings show neighbors of the project were worried about the impact the project would have on drainage and soil erosion, as well as views of Cayuga Lake. One member of the planning board, Mark Bailey, submitted a letter to the town board stating he opposed the project because he felt it wasn't in line with the town's comprehensive plan that calls for preserving farmland and maintaining the town's rural character.

Because of their size, both the Ledyard and Scipio project reviews are under the towns' control. In the case of the proposal in Conquest, that won't be the case. State law puts a siting board under the auspices of the state Department of Public Services in charge of reviews of power generation facility proposals that are 25 MW or greater.

Cuomo's 2020-21 budget proposal is seeking to change that process to get projects approved faster, and his idea would result in less local control. The governor is proposing a streamlined review process for large-scale projects that would be overseen by the state's economic development arm. New renewable energy proposals with generating capacities between 10 and 24.9 MW could opt in to that review, as well, and avoid having local governments be the final decision makers.

"The state's existing energy generation siting process was designed for permitting fossil-fuel electric generating plants and created prior to the current nation-leading clean energy and environmental goals under the CLCPA," the governor's office said about the proposal. "This new robust siting process will create modernized standards for developing renewable energy projects at an expedited pace to meet the urgency of the climate crisis."

While the new process would give final authority on approving projects to the state, local officials and residents would be given opportunity to provide feedback and local laws would be taken into consideration as part of the review. If approved, the new renewable energy facility review process wouldn't affect the two projects already under local review in southern Cayuga County, as the proposals provides the opt-in only for new projects.

Developers of the massive project in Conquest, however, could opt out of the more lengthy Department of Public Service that it just began and opt in to the new process, which could bring that project to fruition sooner.

The streamlined siting process proposal has some opposition. In northern New York, where a massive wind farm project has drawn local opposition, local leaders are blasting the proposal as a threat to home-rule law that gives local communities control over what happens within their borders.

And State Assemblyman Mark Walczak, R-Watertown, has spoken out against the measure, according to the Albany Times-Union.

"Home rule should be respected and projects shouldn't be sited without local support and approval," he said.

Cornell solar panel arrays to be established in Ledyard

Solar power is, on the whole, good for the planet. It should be a crucial component of energy policy that aims to reduce greenhouse gas emissi…

Massive solar project proposed for Conquest to get state funding

A proposed solar array that would cover up to 1,400 acres of land in Conquest was among 21 renewable energy projects selected by the state to …

Cayuga IDA to hear from developer of massive solar project

ALBANY — In an unusual twist, a mid-level appeals court has overturned a ruling that would have forced the state’s major energy-efficiency age…

If you looked at the temperature of space, what would you get?

If you looked at the temperature of space, what would you get? 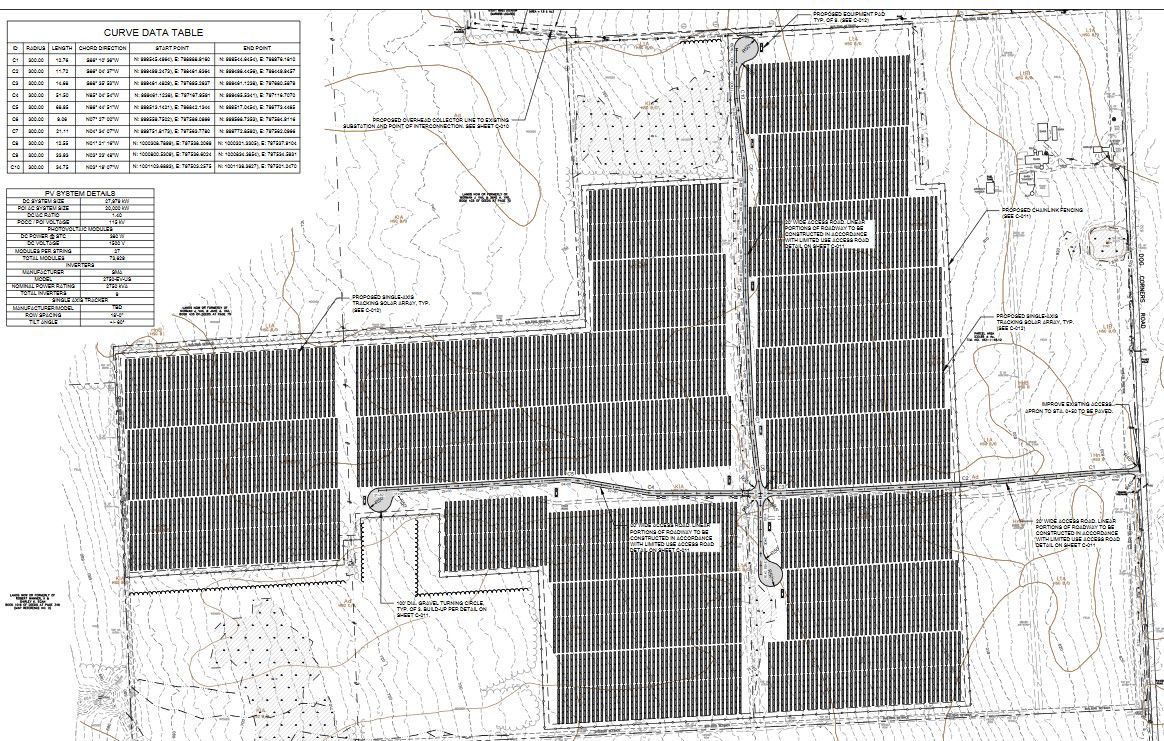 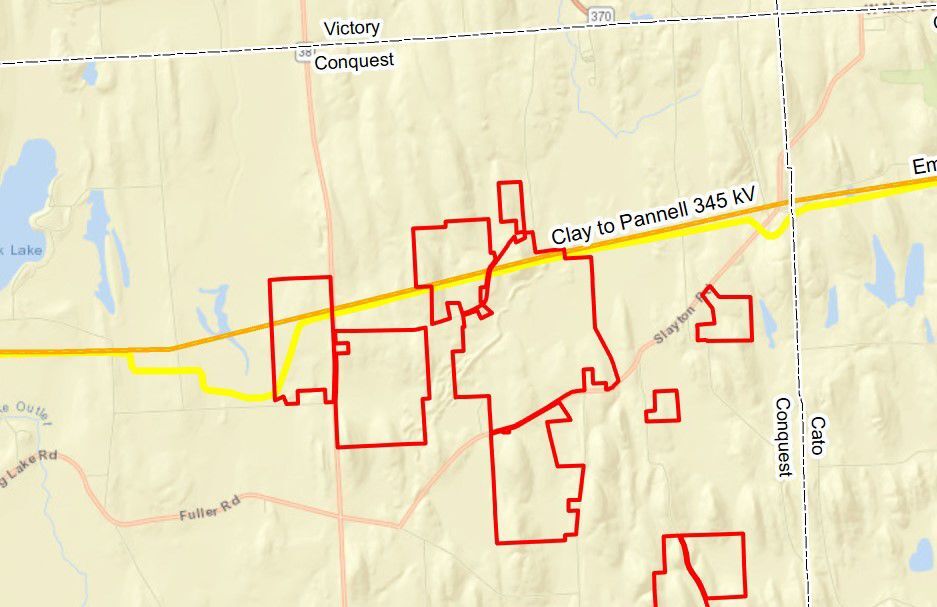