AUBURN — A Syracuse man who was arrested for selling cocaine to the Finger Lakes Drug Task Force was sentenced Tuesday in Cayuga County Court to four years in prison.

Leonard Hamilton, 50, pleaded guilty July 30 to two counts of third-degree criminal sale of a controlled substance, class B felonies, for drug sales that occurred in May 2017 and February 2018.

Hamilton, formerly of 2325 S. State St., was arrested May 3 after a Finger Lakes Drug Task Force investigation that spanned summer 2017 to early 2018, the Auburn Police Department said at the time.

Cayuga County District Attorney Jon Budelmann said in court Tuesday that Hamilton had a history of selling narcotics in the community. With three prior felony convictions, Hamilton was promised a conditional sentence of no worse than five years in prison followed by two years of post-release supervision.

Defense counsel Joseph Sapio said that, although Hamilton's name precedes him, "he doesn't present as a monster or a devil."

After Hamilton made his statement to the court, saying he continued to make drug sales to support his habit, Judge Mark Fandrich allowed him to avoid the maximum five years and sentenced him to four years in prison.

Hamilton will also serve two years of post-release supervision. He was ordered to pay a total of $640 in restitution, which was paid in cash by onlookers who were there on his behalf.

• A fugitive warrant was dismissed on the grounds that the man in custody, whose real name was Marvin Knight, was not the person named in the warrant.

The warrant named an out-of-state resident named Ronald Lindsay, which was Knight's brother. Budelmann said in court that the brothers often use each other's names.

• Before Ricky Peglow II could be sentenced to at least three years in prison, Fandrich wanted him to "reconfirm" his guilty plea.

Peglow, 34, formerly of 255 Grant Ave., Auburn, admitted in court Sept. 10 that he allowed people to use his room at the Grant Motel in May to store more than $2,000 in burglarized items.

During Peglow's sentencing, Fandrich took issue with a part of the pre-sentence report where Peglow seemed to avoid admitting he knew the items were stolen when he received them.

But the sentencing was able to go forward after Peglow admitted that he did know the items were burglarized. He was sentenced to three to six years in prison, and will also receive treatment at the Willard Drug Treatment Program.

• A 42-year-old Auburn man was sentenced to 1 1/3 to four years in prison for violating an order of protection.

Thomas Love Jr., formerly of 7445 County House Road, was sentenced Tuesday for reaching out to someone who was benefiting from an order of protection against him. He texted her on June 14 and called her on June 22.

Love pleaded guilty Sept. 17 to two counts of aggravated family offense, class E felonies. Fandrich gave him two prison sentences of 1 1/3 to four years for both convictions. They will be served concurrently. 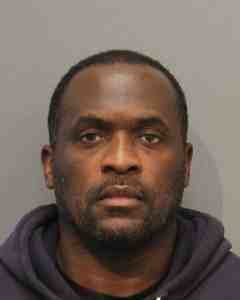 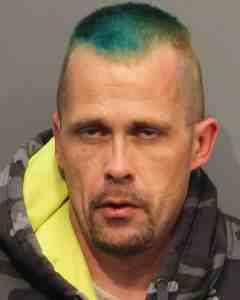