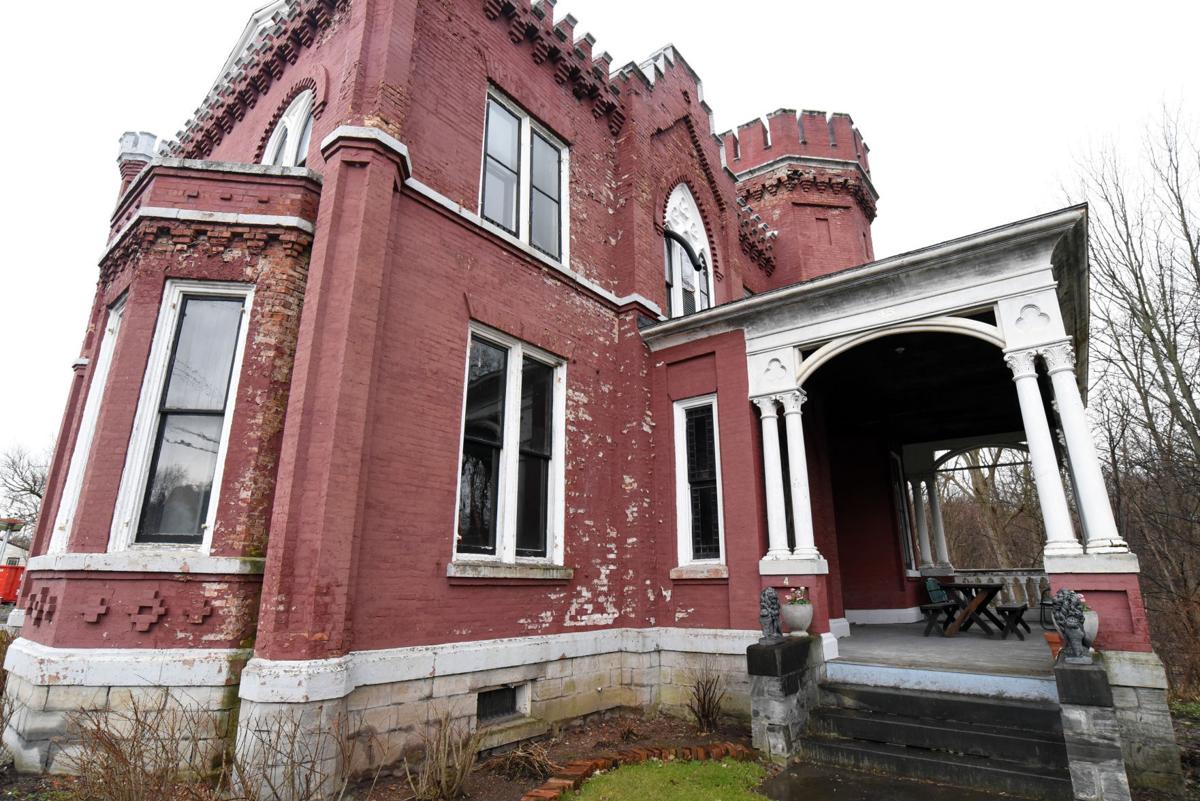 The Auburn Castle on Owasco Street in Auburn. 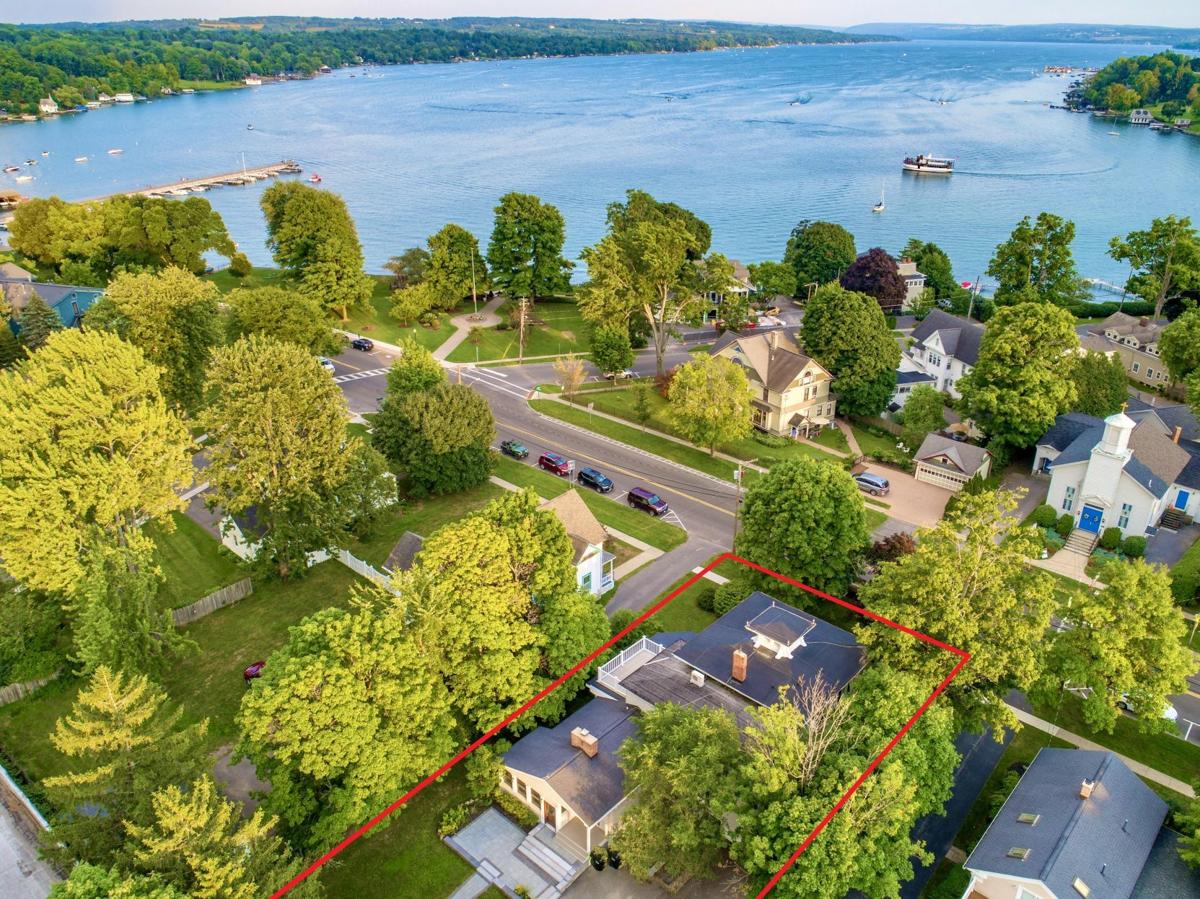 As he prepares to auction two historic Auburn properties, a local broker says the real estate market in upstate New York is "thriving" due to the COVID-19 pandemic.

Michael DeRosa will begin accepting bids today on his website, derosaexchange.com, for the Auburn Castle at 45 Owasco St. and Euterpe Hall at 68 N. Division St. The process is discrete, he said, and open to anyone in the world. Each property has an unpublished reserve amount that the highest bid will have to meet in order for its bidder to be awarded the purchase contract.

DeRosa expects to see "enormous interest" in the properties, he said, as many look to leave cities for areas like central New York due to both the coronavirus itself and the rise of remote working.

"The economy is in crisis, but the housing market in many areas of upstate New York is thriving," DeRosa said. "There’s no truer time than now for people in major metropolitan areas to see the real value in rural areas like our beautiful Finger Lakes region of upstate New York. We truly are living in a safe haven compared to big urban areas that were severely affected the most."

With that demand increasing but the supply of good houses not doing the same, DeRosa continued, real estate prices in the area have been "skyrocketing."

Skaneateles in particular has been "blistering," he said. The broker and his partner, Kelli Ide, are representing Oneida Nation Enterprises (Turning Stone Resort Casino) CEO Arthur Raymond Halbritter in the sale of several of his Finger Lakes properties, including one at 40 W. Genesee St. on Skaneateles Lake. That property became the subject of a bidding war, DeRosa said.

AUBURN — Patrick Collier Connelly was sold by the time he got to the staircase.

"Some properties are selling in a matter of hours. Buyers are fighting to get in the door. There isn't enough time in a day to get all these buyers in to see the house the first day it hits the market," he said. "Buyers are making cash offers sight unseen and willing to wire the entire purchase price into escrow upon acceptance of their offer. That’s how you know they mean business."

Demand for commercial properties has not experienced the same surge, DeRosa said.

And when it comes to the Auburn Castle and Euterpe Hall, he believes auctioning the historic brick structures will command the highest prices. That's because neither the 1870 mansion nor the 1890 church has any similar properties that buyers can compare them to, he said, and therefore no basis for an accurate, fair market value appraisal of them.

Purchased by Patrick Collier Connelly in 2016, the mansion was known colloquially as "the Auburn Castle" for years before its new owner made the name official. The Scipio native bought the house to restore it as a summer home, but ultimately decided this spring to return to Georgia, where he has lived for years, ran a business and has grandchildren.

'Another 100': Auburn couple restores 125-year-old church into events hall after 15 years of work

AUBURN | Exactly 15 years ago this month, Glenn and Donna Fletcher purchased a former Auburn church living on a prayer.

The mansion also includes a carriage house, and was built for Auburn Woolen Mill Superintendent Samuel Laurie. It was designed by Nelson Hamblin (The Faatz-Crofut Home, the State Street armory) to evoke the castles of Laurie's native Scotland. The mansion would house several more of the mill's superintendents before coming into the possession of the Pastushan family in 1929. Connelly purchased the property, which was assessed at $58,999 in 2019, from Pastushan descendant Virginia Dewey for $40,000.

While Connelly had yet to complete his restoration of the dilapidated mansion before selling it, the owners of Euterpe Hall reopened the former First Church of Christ Disciples in November 2015 after 15 years of work on the property. Glenn and Donna Fletcher purchased it from the city for $5,000 in 2000, and funded its restoration themselves. DeRosa said it cost more than $1 million.

Feeling Auburn could use a formal event space, the Fletchers converted the church into one with capacity for 350 people, and gave it the name of the Greek muse. Though COVID-19 may keep it from hosting the weddings, banquets and other events the Fletchers envisioned for some time, DeRosa feels the hall could be adapted to other, more immediate uses, such as a day care facility. The Auburn Castle, meanwhile, has received inquiries from paranormal enthusiasts about visiting the "mysterious" property, he said, and investigations by Auburn's Soul Searchers are scheduled.

After fielding hundreds of offers for and selling another historic Auburn property earlier this year — the Seymour mansion at 113 North St. — DeRosa is prepared to do it again.

"The interest we had with the Seymour mansion, we expect to get similar interest in the Auburn Castle and Euterpe Hall," he said.

Gallery: The Auburn Castle in 2016

The auction for the Auburn Castle will close at midnight on Halloween — an appropriate time, as the historic property may just be haunted.

The Auburn Castle on Owasco Street in Auburn.