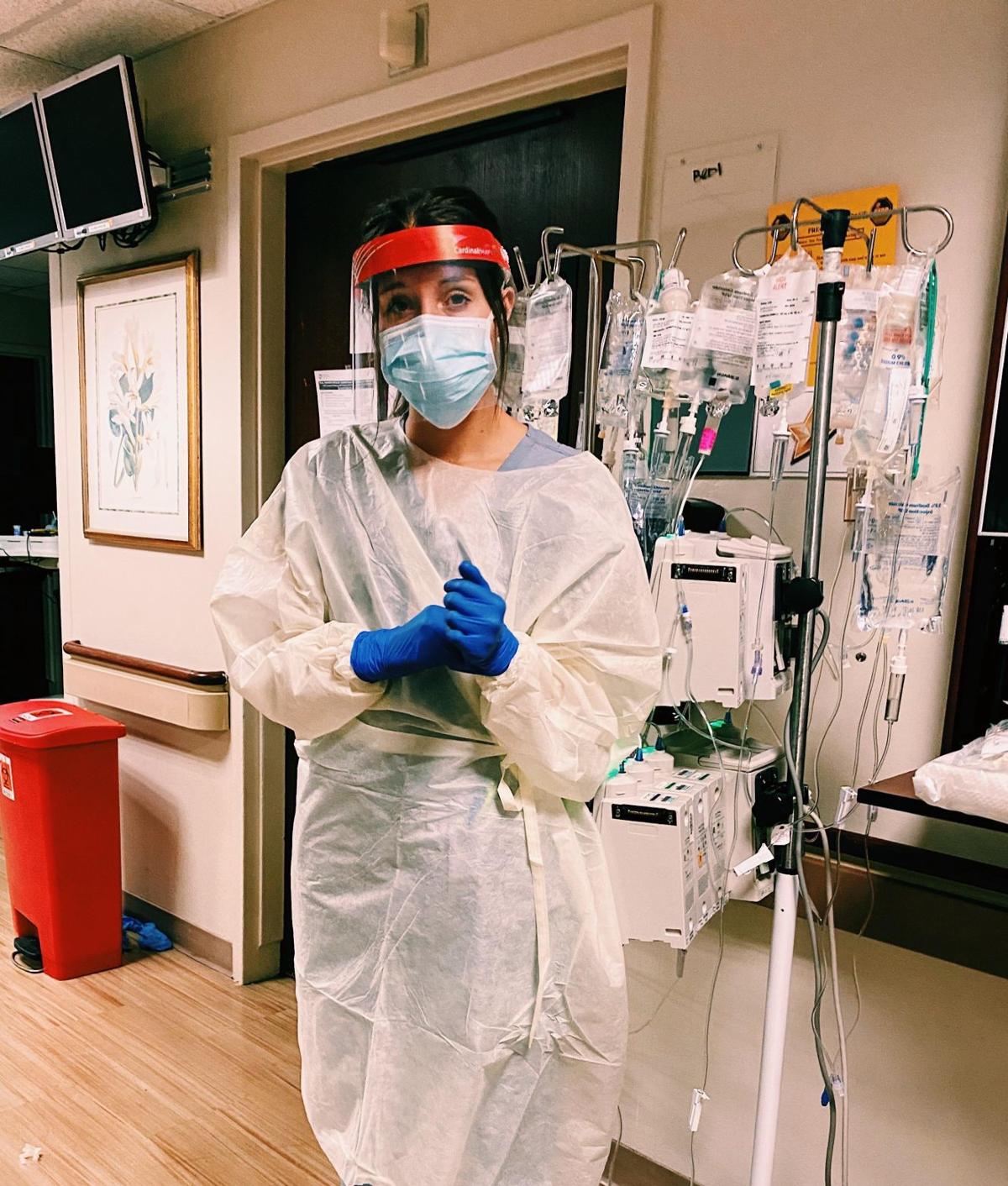 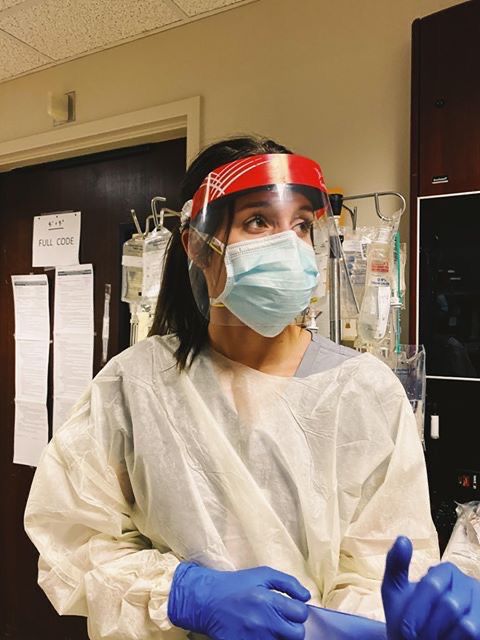 Connor Kate Clifford was working in New Mexico when the coronavirus pandemic began spreading across the country in early March.

The 24-year-old nurse and Auburn native had traveled from one hospital to another, gaining a diversity of experience, since graduating from St. John Fisher College. She worked at Strong Memorial in Rochester and Upstate University in Syracuse, but also hospitals as far as Seattle and Guam. In New Mexico, she was caring for patients on a Navajo reservation.

But when she saw that New York had become a hot zone for the worst public health crisis in a century, Clifford knew she had to help out as close to home as she could.

"When you decide to become a nurse, something kind of clicks in you," she said over the phone Tuesday. "We want to be at work, we want to be doing our best and we want to be helping people."

After a conversation with her recruiter, Clifford was on her way to Hackensack University Medical Center in New Jersey, where she's been logging 12-hour night shifts since March 30. She works in a pop-up, 75-bed intensive care unit consisting entirely of patients with coronavirus, or COVID-19.

There's no such thing as a typical night there, Clifford said. Treatment guidelines continue to evolve, supplies are almost exhausted and the virus defies explanation. She's seen patients of all ages and conditions, and the only constant they present has been the speed with which COVID-19 attacks them.

"This virus has no rules," she said. "That is the scariest part. It's like nothing I've seen before aside from cancer."

That positive energy, that resolve to lift everyone's spirits, has been another constant during Clifford's time in New Jersey.

She's been able to count on support from not only her hospital, but also her fellow staff. Nurses are often expected to shoulder the burden of their work without showing emotion, Clifford said, but "we absolutely feel everything that's going on." And it helps, even during a pandemic, to be able to share that burden with others.

"When all is said and done, we are in a war zone type of situation. But when you look around and you still see people willing to help and smiling and trying to keep spirits up — that's what you have to take away in times like this," she said. "What I'm going to remember is the people I'm working with side-by-side in these trenches."

Clifford's bonds with her fellow staff are strengthened by their shared experience. And part of that experience is the extensive routine they follow to protect themselves from exposure to COVID-19.

Clifford has to wear a surgical mask at all times, she said, plus an N95 mask, face shield, hair net and gown around patients. She washes her hands when she enters the hospital, and washes them half a dozen times while removing her protective equipment. The hospital, helpfully, gives her scrubs she returns at the end of her shift for washing, so she goes home in clean clothes. Though she's afraid of catching COVID-19 — anyone who isn't afraid isn't taking the virus seriously enough, she said — Clifford trusts in her ability to protect herself so long as she has the resources.

The hospital hasn't run out of any of those resources yet, Clifford said. But supplies have gotten low and been fought over. At one point, staff made face shields from sheets of plastic with holes cut in the side for their elastic straps. There have also been shortages of ventilators and IV tubing. And because critical IV medications require nurses bedside, close to the patient at all times, staff had to devise a way to safely extend IV pumps outside a patient's room in order to limit exposure. Such troubleshooting reminded Clifford of her time in Guam, she said.

Clifford is on an eight-week crisis contract at Hackensack, she said. She hopes she sees the curve of COVID-19 flatten during that time.

Afterward, she'd like to return to central New York, where her father, Tim Clifford, also works as a nurse, in corrections. She's aware of how much nurses have been held up as heroes during the pandemic, and appreciates the support. But she's just as appreciative of the people in her hometown who are doing their part right now.

"My heroes are the people back home with my family, taking social isolation seriously and keeping them safe," she said. "I thank them as much as they thank me."

AUBURN — The worst of the coronavirus pandemic has arrived in Cayuga County.