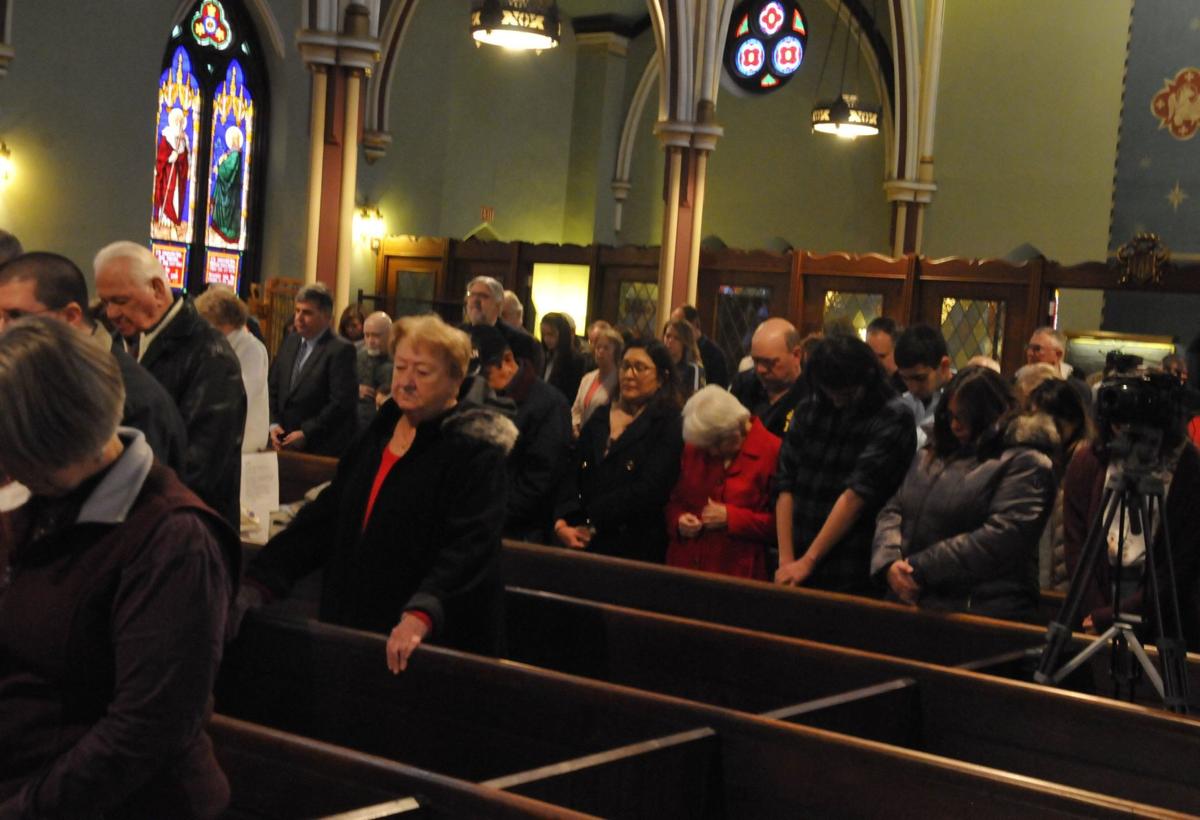 Audience members have a moment of remembrance during a Wreaths Across America ceremony at SS. Peter & John Episcopal Church in Auburn Dec. 14. 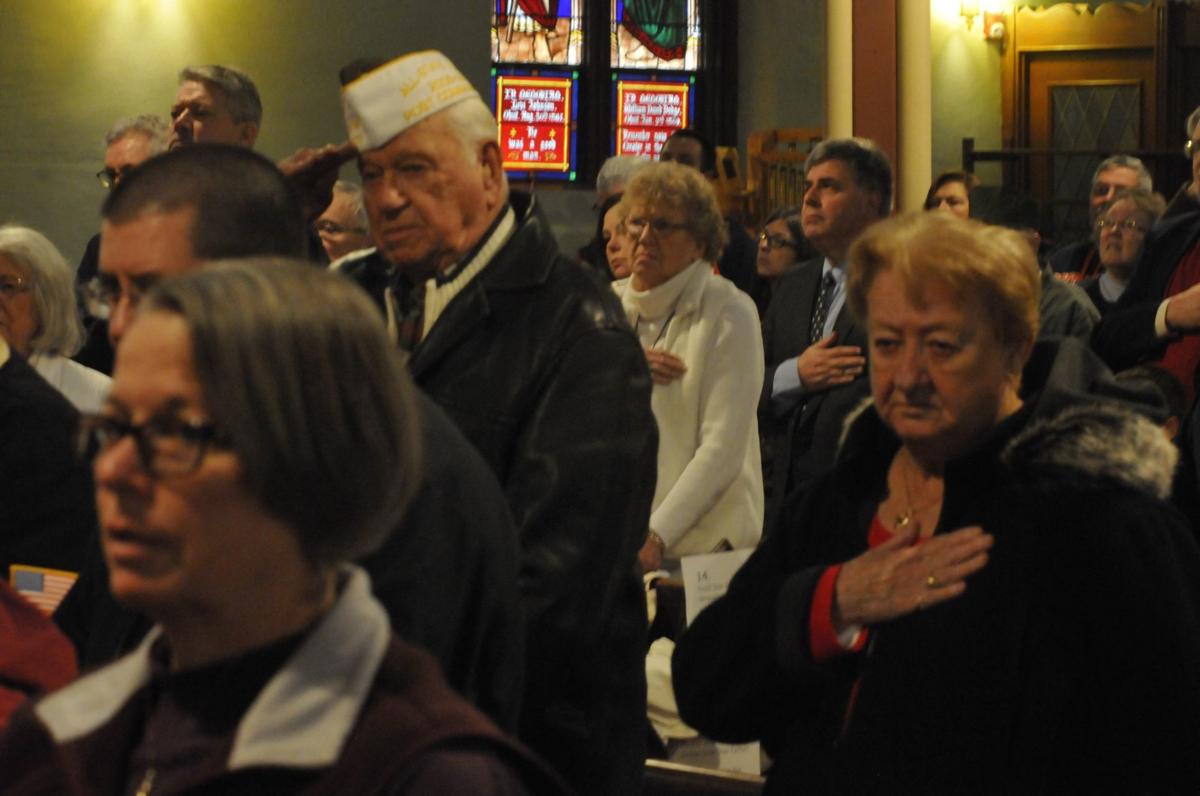 Audience members stand for the Pledge of Allegiance during a Wreaths Across America ceremony in Auburn Saturday.

AUBURN — While speaking in front of a crowd that included military members, veterans, and Auburn and Cayuga County officials Saturday, Jerry Fulmer marveled at the fact that Wreaths Across America events were happening at the same time across the planet.

The event at SS. Peter & John Episcopal Church in Auburn was held for National Wreaths Across America Day to acknowledge the sacrifices of U.S. military members who have died, are missing in action or are prisoners of war, with over 1,600 wreath-laying ceremonies held in every state, abroad and at sea, according to the Wreaths Across America website. A total of 44 wreaths were laid at the church.

Fulmer, a Vietnam War veteran and chaplain for Vietnam Veterans of America Chapter 704, which sponsored the ceremony along with other groups, thanked those who attended the event.

"It's kind of interesting to think that this is one of the few events that transpires, where a bunch of us, human beings, are united in a purpose, and it's wonderful that we're just united to remember our fallen brothers and sisters," he said.

Sharon McNeil, of Auburn, is the East Coast director of the Sean M. Walsh K-9 Memorial Foundation. The organization is named after her nephew, a specialist and a military police officer in the California National Guard who was killed in Afghanistan in 2011 at age 21. Walsh had great interest in joining a K-9 police unit and had adopted a German shepherd named Lena at age 12, so the memorial foundation gives grants to law enforcement agencies to establish or keep K-9 units.

"Today my sister visits Sean's grave almost daily, but what happens when she is no longer able to place a wreath on his grave in his memory? Wreaths Across America was set up to do just that," McNeil said. "Remember those fallen men and women who no longer have anyone to visit."

William and Marsha Connor said their son, Lt. Patrick Kelly Connor, served in the U.S. Navy and was killed in 1991 during the Persian Gulf War. William said after the ceremony that he appreciated that people at the event were honoring and thinking about Patrick, even indirectly, by honoring all those who died serving their country.

"It's wonderful to see our community come together to remember and honor people who have given service, given their lives and their families' sacrifices to keep our freedoms and our democracy," she said.

Peter E. Corning, a pillar of the Cayuga County criminal justice system as the county's top prosecutor and then as a judge, died Feb. 10 at th…

It's still not known how many prisons or which prisons would close if Gov. Andrew Cuomo's budget proposal is adopted, but Anthony Annucci — ac…

New York State Police are looking for a man who approached two children waiting at a bus stop in Union Springs on Wednesday morning, according…

Despite new competition, Auburn oncology practice confident in its future

AUBURN — In a waiting room on the Health Central building's third floor, an old high school locker is embedded into a wall. It's there because…

You can run an at-home bakery in New York state.

Auburn police are seeking the public's help in locating a 17-year-old runaway girl.

Audience members have a moment of remembrance during a Wreaths Across America ceremony at SS. Peter & John Episcopal Church in Auburn Dec. 14.

Audience members stand for the Pledge of Allegiance during a Wreaths Across America ceremony in Auburn Saturday.