Here are today's top stories, celebrity birthdays and a look back at this date in history:

STOCKHOLM (AP) — Three U.S-based economists won the 2021 Nobel prize for economics on Monday for pioneering research on the labor market impacts of minimum wage, immigration and education, and for creating the scientific framework to allow conclusions to be drawn from such studies that can’t use traditional methodology.

Canadian-born David Card of the University of California at Berkeley was awarded one half of the prize, while the other half was shared by Joshua Angrist from the Massachusetts Institute of Technology and Dutch-born Guido Imbens, 58, from Stanford University.

The Royal Swedish Academy of Sciences said the three have “completely reshaped empirical work in the economic sciences.”

The airline canceled more than 1,000 flights in total, or 29% of its schedule, as of 7 p.m. ET Sunday, according to flight tracker FlightAware. That was the highest rate by far of the major U.S. airlines. Next in line was Allegiant, which canceled 6% of its flights. American Airlines canceled 5% of its flights, while Spirit canceled 4% on Sunday, according to the flight tracker. On Saturday, Southwest Airlines canceled more than 800 flights.

Tornadoes cause damage in Oklahoma; storms rock central US

Tornado warnings and reports of damage popped up across Oklahoma beginning Sunday afternoon. An exact number of tornadoes that touched down was not yet available as of early Monday.

Click on the links below for full version of today's top stories. Keep scrolling for a look back at this day in history and today's celebrity birthdays:

STOCKHOLM (AP) — A U.S.-based economist won the Nobel prize in economics Monday for pioneering research that transformed widely held ideas about the labor force, showing how an increase in the minimum wage doesn’t hinder hiring and immigrants don't lower pay for native-born workers. Two others shared the award for developing ways to study these types of societal issues.

Tornadoes cause damage in Oklahoma; storms rock central US

COWETA, Okla. (AP) — Severe storms brought suspected tornadoes and baseball-sized hail to parts of Oklahoma, but there were no reports Monday of deaths or injuries.

WASHINGTON (AP) — Drugmaker Merck asked U.S. regulators Monday to authorize its pill for treating COVID-19 in what would add an entirely new and easy-to-use weapon to the world's arsenal against the pandemic.

LONDON (AP) — British police have announced they will not take any action against Prince Andrew after a review prompted by a Jeffrey Epstein accuser who claims that he sexually assaulted her.

WASHINGTON (AP) — A Navy nuclear engineer with access to military secrets has been charged with trying to pass information about the design of American nuclear-powered submarines to someone he thought was a representative of a foreign government but who turned out to be an undercover FBI agent, the Justice Department said Sunday.

NEW YORK (AP) — Facebook, in the aftermath of damning testimony that its platforms harm children, will be introducing several features including prompting teens to take a break using its photo sharing app Instagram, and “nudging" teens if they are repeatedly looking at the same content that's not conducive to their well-being.

PHOENIX (AP) — The Chicago Sky had the talent to make deep runs into the WNBA playoffs the past few years, yet lacked the missing piece to rea…

IMAGE OF THE DAY

Week in review: Top photos of the week from AP

Sheriff's officials said Halyna Hutchins, director of photography for the movie "Rust," and director Joel Souza were shot. The Santa Fe New Mexican reported Baldwin was seen Thursday outside the sheriff's office in tears, but attempts to get comment from him were unsuccessful.

Top headlines: The latest in the search for Brian Laundrie; Trump launches his own social media site; NFL agrees to end "race-norming." Get caught up.

Police: Woman raped on Pennsylvania train as bystanders did nothing

A woman was raped by a stranger on a Philadelphia area train in the presence of other riders who a police official said "should have done something."

A man charged with raping a woman on a train outside of Philadelphia harassed, groped and assaulted her while people held up their phones, police said.

Colin Powell, military leader and first Black US secretary of state, dies at 84

Colin Powell, the first Black US secretary of state who helped shape American foreign policy for decades, has died of complications from Covid-19, his family said.

U.S. regulators signed off on extending COVID-19 boosters to Americans who got the Moderna or Johnson & Johnson vaccines and said anyone eligible for an extra dose can get a brand different from the one they received initially.

Morning headlines: The latest on the Alec Baldwin prop gun shooting that killed 1; China responds to Biden on Taiwan; the Netflix walkout. Get caught up.

The FBI on Thursday identified human remains found in a Florida nature preserve as those of Brian Laundrie, a person of interest in the death of girlfriend Gabby Petito.

Former President Trump sought to block the release of documents related to the Jan. 6 riot to the congressional committee investigating the attack.

Can new variants of the coronavirus keep emerging? An explainer.

With more than half the world still not vaccinated, the virus will likely keep finding people to infect, which can lead to new variants forming. Here's what to know. 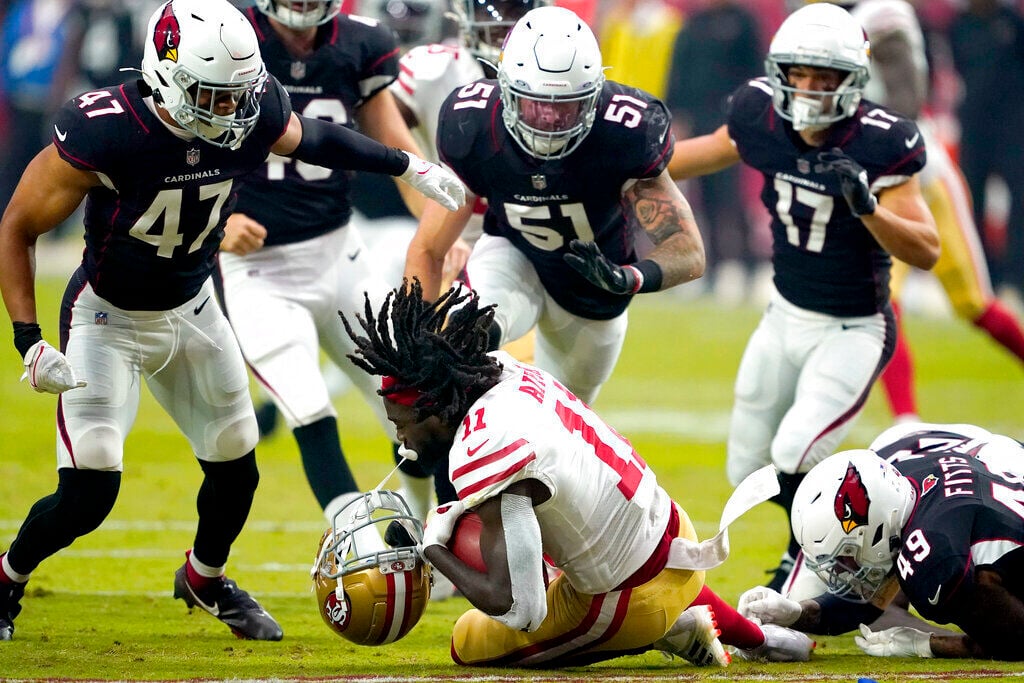 San Francisco 49ers wide receiver Brandon Aiyuk (11) loses his helmet on a hit by Arizona Cardinals linebacker Kylie Fitts (49) during the second half of an NFL football game, Sunday, Oct. 10, 2021, in Glendale, Ariz. 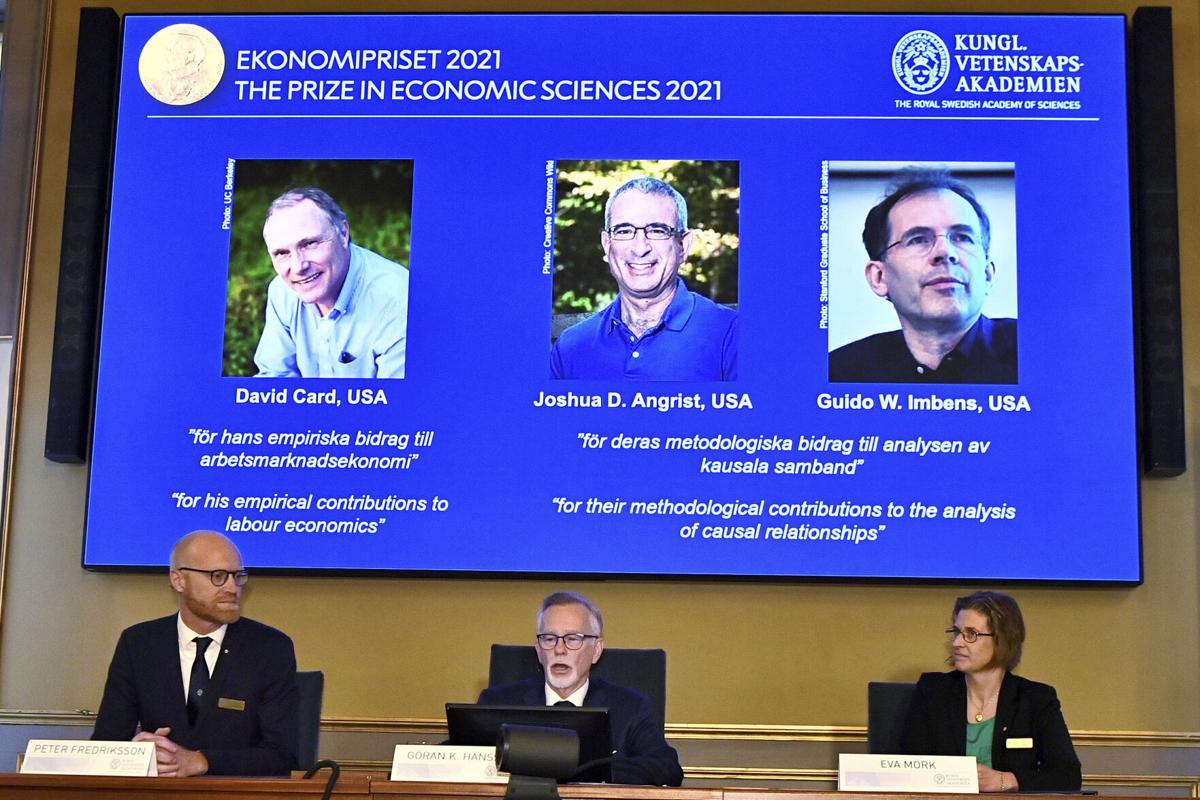 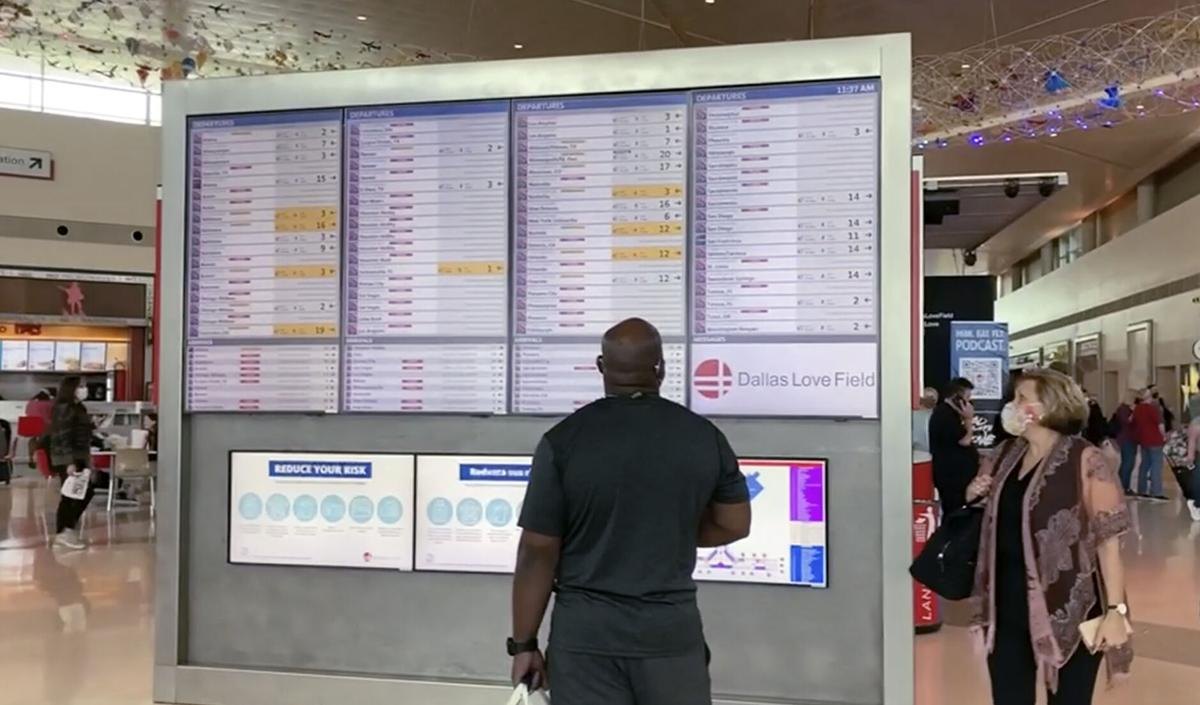 In this frame grab from cellphone video, passengers look for information on their flights, Sunday, Oct. 10, 2021, at Dallas Love Field. Southwest Airlines canceled hundreds of flights over the weekend, blaming the woes on air traffic control issues and weather.