AUSTIN, Texas (AP) — Texas is lifting its mask mandate, Gov. Greg Abbott said Tuesday, making it the largest state to end an order intended to prevent the spread of the coronavirus that has killed more than 42,000 Texans.

Republican Gov. Greg Abbott has faced sustained criticism from his party over the statewide mask mandate, which was imposed eight months ago, as well as other restrictions on businesses that Texas will also scuttle next week. The mask order was only ever lightly enforced, even during the worst outbreaks of the pandemic.

The state is removing limits on the number of diners or customers allowed inside businesses, Abbott said during a news conference at a restaurant in Lubbock. He said the new rules would take effect March 10, unleashing a wave of alarm from big city mayors and leaders along the U.S.-Mexico border, where the virus has been especially rampant.

“Removing statewide mandates does not end personal responsibility,” said Abbott, speaking from the crowded dining room where many surrounding him were not wearing masks.

“It’s just that now state mandates are no longer needed,” he said.

Federal health officials this week urgently warned states to not let their guard down, warning that the pandemic is far from over.

Still, governors across the U.S. are easing coronavirus restrictions. Like the rest of the country, Texas has seen the number of cases and deaths plunge. Hospitalizations are at the lowest levels since October, and the seven-day rolling average of positive tests has dropped to about 7,600 cases, down from more than 10,000 in mid-February.

Only California and New York have reported more COVID-19 deaths than Texas.

Texas is doing away with the restrictions just ahead of the spring break holiday, which health experts worry could lead to more spread as people travel.

“The fact that things are headed in the right direction doesn't mean we have succeeded in eradicating the risk," said Dr. Lauren Ancel Meyers, a professor of integrative biology and director of the University of Texas COVID-19 Modeling Consortium.

She said the recent deadly winter freeze in Texas that left millions of people without power — forcing families to shelter closely with others who still had heat — could amplify transmission of the virus in the weeks ahead, although it remains too early to tell. Masks, she said, are one of the most effective strategies to curb the spread.

“At worst, it is a cynical attempt to distract Texans from the failures of state oversight of our power grid," said Hidalgo, a Democrat.

Early in the pandemic, Abbott stripped local officials of their power to implement tougher COVID-19 restrictions, but now says counties can impose “mitigation strategies" if virus hospitalizations exceed 15% of all hospital capacity in their region. However, Abbott forbade local officials from imposing penalties for not wearing a face covering.

Retailers and other businesses will also still be allowed to impose capacity limits and other restrictions on their own.

Abbott imposed the statewide mask mandate in July during a deadly summer surge. But enforcement was spotty at best, and some sheriffs refused to police the restrictions at all. And as the pandemic dragged on, Abbott ruled out a return to tough COVID-19 rules, arguing that lockdowns do not work.

Politically, the restrictions elevated tensions between Abbott and his own party, with the head of the Texas GOP at one point leading a protest outside the governor's mansion. Meanwhile, mayors in Texas' biggest cities argued that Abbott wasn't doing enough.

Most of the country has lived under mask mandates during the pandemic, with at least 37 states requiring face coverings to some degree. But those orders are increasingly falling by the wayside: North Dakota, Montana and Iowa have also lifted mask orders in recent weeks.

In Texas, it was only last week that emergency restrictions on restaurants and businesses were relaxed in the Rio Grande Valley, which has been walloped by the virus like few other places in America.

“I appreciate Governor Abbott's desire to return to normalcy, but I remained concerned that, at least in Hidalgo County, we may be moving too quickly," Hidalgo County Judge Richard Cortez said.

Virus by the numbers: These 10 charts show you how, where the virus spreads in our state and nation

Virus by the numbers: These 10 charts show you how, where the virus spreads in our state and nation

Biden: US will have enough vaccine supply for all adults by end of May; states directed to prioritize teachers

President Joe Biden said Tuesday that the U.S. expects to take delivery of enough coronavirus vaccines for all adult Americans by the end of May, two months earlier than anticipated. 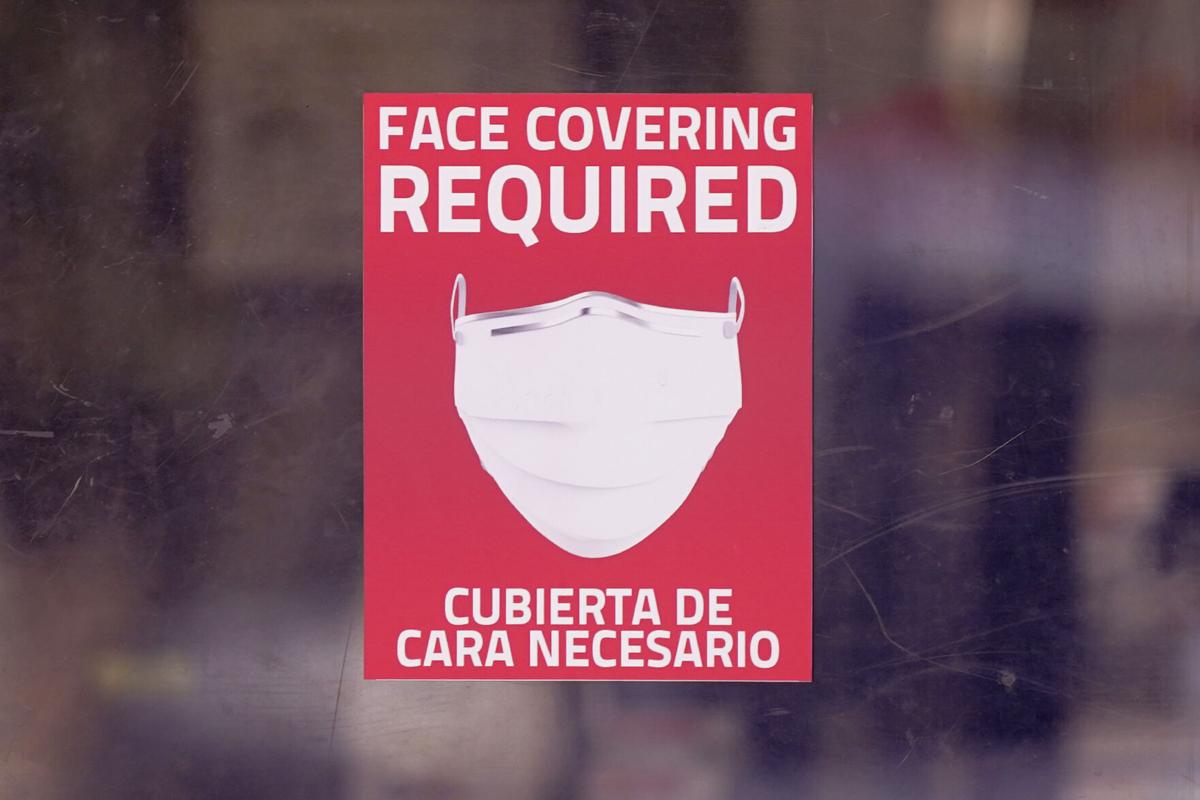 A mask required sign is displayed on the entrance to a business Tuesday, March 2, 2021, in Dallas. (AP Photo/LM Otero) 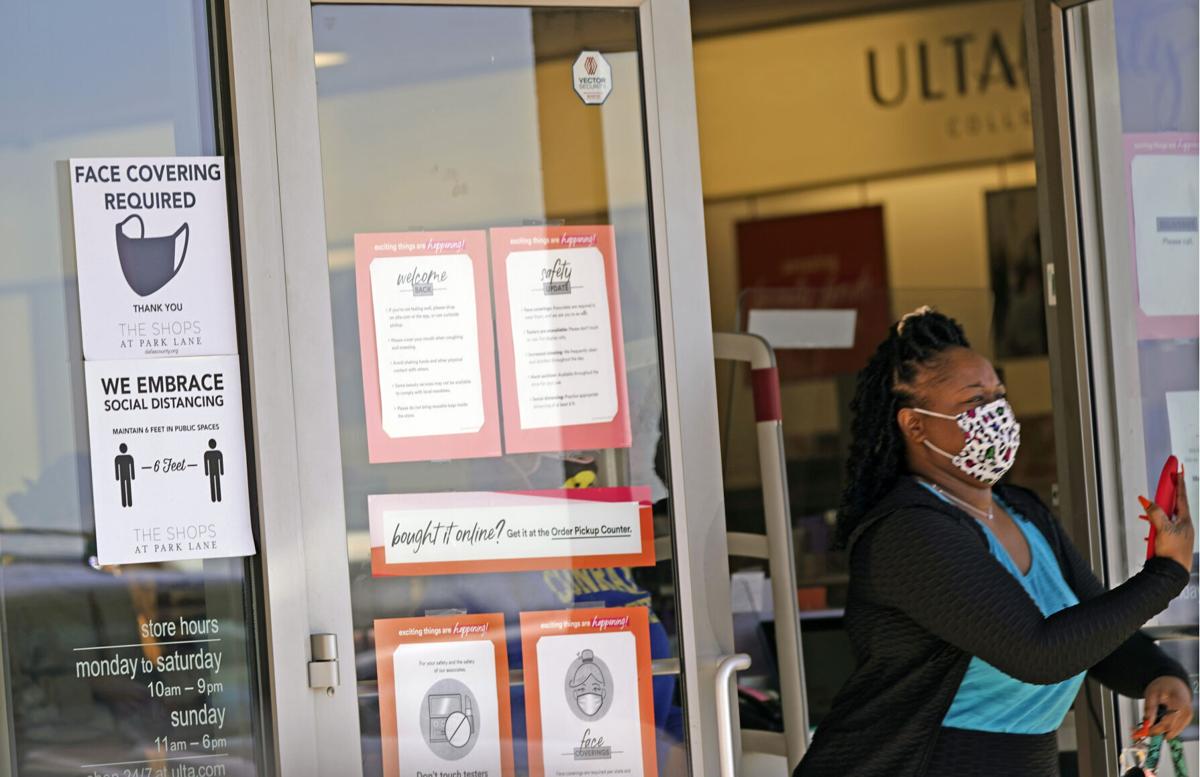 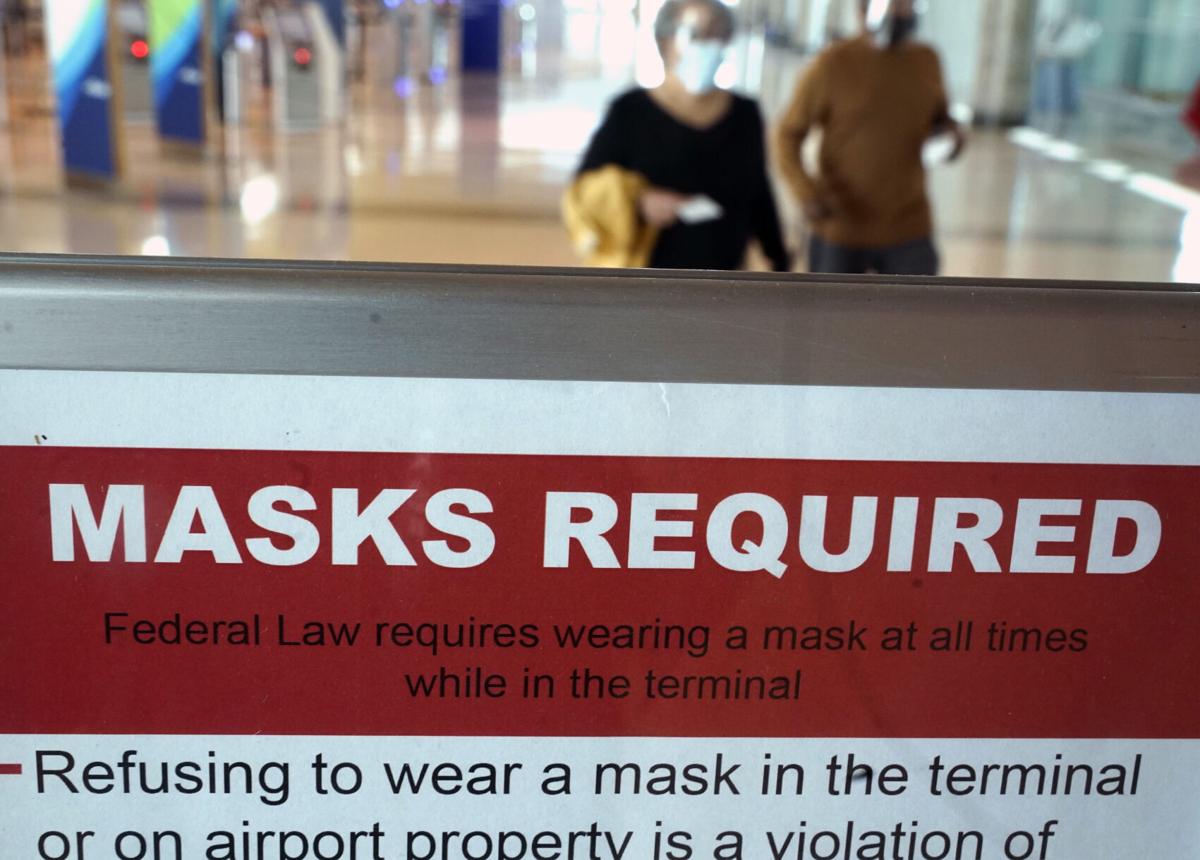 To prevent the spread of Covid-19, a sign directs travelers to wear masks at Love Field Tuesday, March 2, 2021, in Dallas. (AP Photo/LM Otero)