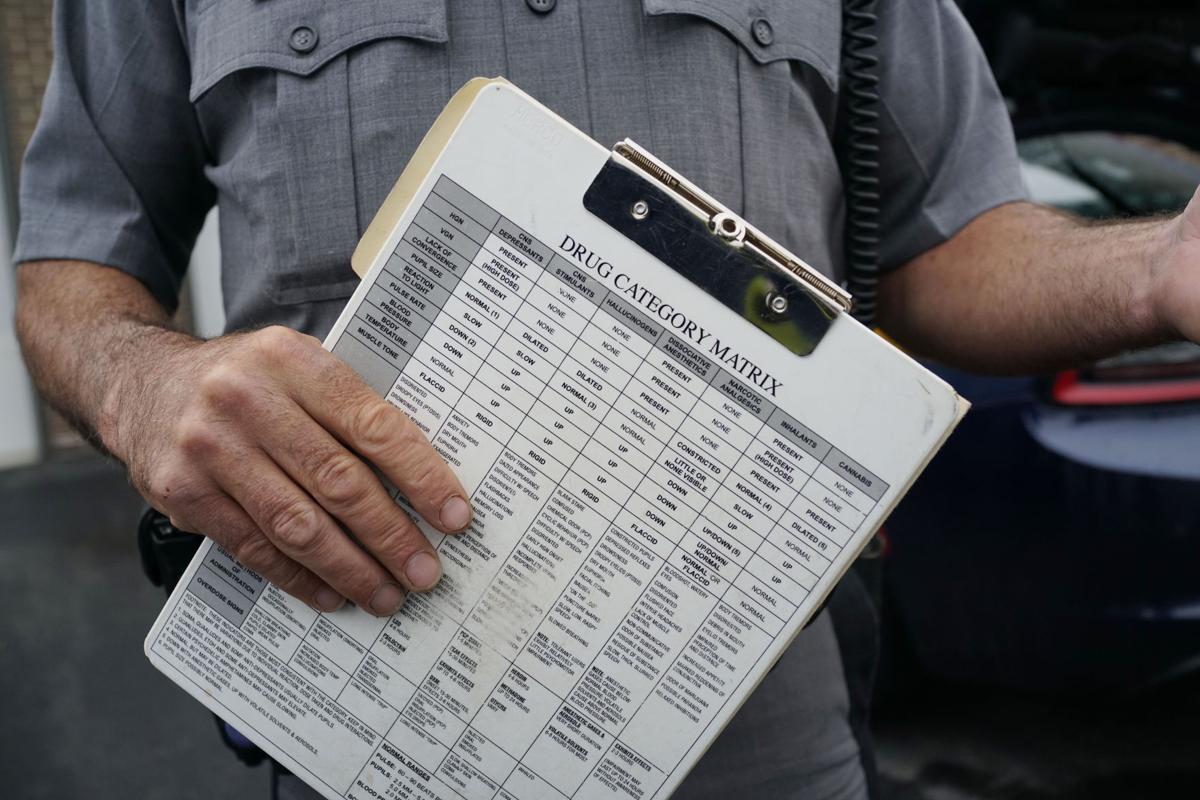 A New York State trooper carries a clipboard with a matrix of drug types and the visible effects they might have on a person in 2019. Some officers have received special training to evaluate and identify the presence of different drugs on a suspect. 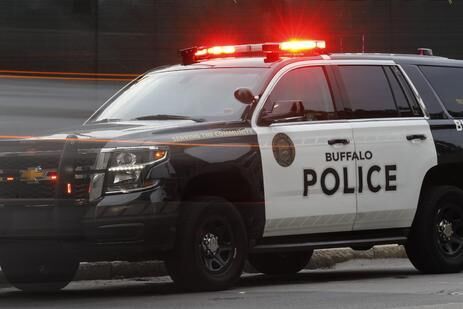 By Maki Becker The Buffalo News

Just a few hours after Gov. Andrew M. Cuomo signed the Marijuana Regulation and Taxation Act on Thursday, an email went out to every Buffalo police officer. "Legal update: Repeal of cannabis law," was the title of the memo.

The legalization of adult use of cannabis in New York wiped out a whole category of laws related to possession and sales of marijuana and replaced it with a whole new set of laws that police officers must now learn, enforce and abide by.

In Buffalo and in other cities across the state, that meant drawing up new policies and procedures last week as the new law took effect.

"That legislation changed yesterday," Buffalo Police Captain Jeff Rinaldo said in an interview with The Buffalo News on Friday, "so we changed our policies and procedures."

The leadership of the Buffalo Police Department held a conference call Thursday with Erie County District Attorney John J. Flynn to go over the details of the new law before writing up the department-wide memorandum.

There are some major changes that took effect immediately.

"As a basic rule of thumb, it is now legal for an individual 21 years of age or older to be in possession of up to 3 ounces of cannabis in public and up to 5 pounds of cannabis in their home," the memo said.

The new legislation also allows adults 21 and over to smoke, vape or otherwise ingest cannabis anywhere that smoking tobacco is allowed. That means people can smoke marijuana on the street.

But they can't in places places where tobacco is prohibited, such as restaurants, bars, work places and in city parks where smoking cigarettes isn't allowed. To do so wouldn't be a crime though. It would be a violation of public health law.

What that means for law enforcement officers is that lawful conduct involving cannabis cannot be the "basis for approach, search, seizure, arrest or detention."

Now that marijuana is legal in New York State, here's what you need to know

Effective Thursday, it is legal for a person to possess up to 3 ounces of marijuana. It is, for now, still illegal to sell marijuana in New York State.

"Basically, simple possession of marijuana has been legalized," Rinaldo said. "You can't sell it. It's not a crime for you to give it to someone else. You can't be charged with doing it."

That includes cases where a police officer pulls a motorist over and notices the odor of marijuana in the vehicle. Until last week, it was case law in New York that a police officer could search a vehicle based on smelling marijuana. Police and prosecutors say that such searches have led to the discovery of illegal guns and more serious drugs, but civil rights advocates argue that they intrude on people's privacy rights and are disproportionately conducted in less affluent communities of color.

In June, following protests sparked by the killing of George Floyd and at the urging of local social justice activists, Buffalo Mayor Byron Brown issued executive orders that included a new policy banning searches based solely on the smell of marijuana. Under the new law, such searches cannot be conducted anywhere in the state.

There are a couple of exceptions. According to the new law, if a police officer suspects the driver of driving while impaired by cannabis, the officer can search the immediate area within the reach of the driver inside the vehicle.

Police also were told that driving while consuming cannabis is not legal – that goes for both the driver and any passengers. That is treated the same as an open container of alcohol in a vehicle. That can result in a ticket, but not an arrest.

It's a deal: Marijuana legalization in New York headed for approval

A deal to permit the legal sale and use of marijuana in New York State was finalized Saturday night by legislators and Gov. Andrew M. Cuomo, paving the way for highly regulated cultivation, distribution and retail sales of the drug to start in about two years or sooner.

The new legislation is "a big deal," said Miles Gresham, a former public defender who is now a policy fellow with the Partnership for the Public Good, a progressive think tank in Buffalo. "It's a big deal because people, I hope, aren't going to be harassed as much for using marijuana. It's Black and brown people who are the main targets of that harassment."

Also, he said, "the smell of marijuana is no longer de facto evidence of a crime being committed. That makes it much harder to justify a search," Gresham said.

"However, this doesn't allow people to drive around smoking in cars," said Gresham, adding that he is curious to see whether there is an increase in driving while ability impaired charges that become a pretext for a search.

One of the aspects of the new law still being sorted out involves how to determine whether someone is impaired by cannabis. Right now, there is no roadside test for cannabis. Instead, local law enforcement rely on specially trained officers within their departments, known as drug recognition experts, who conduct a series of field tests and make observations to determine whether someone is impaired by a drug.

There's no breath test for drugs. Here's how police detect driving while high

The Buffalo Police Department only has two such trained officers, but Rinaldo said there are plans to train more once funding becomes available.

In the meantime, Buffalo police were told in the new memo that if a driver of a motor vehicle appears to be intoxicated "due to narcotics" they should handle it the way a DWI investigation would occur.

"If your field sobriety tests determine the driver is in fact intoxicated or under the influence, a DRE (drug recognition expert) should be called in order for that arrest process to continue via the 911 lieutenant. If a Buffalo Police DRE is not available, a county wide chat message requesting a DRE may be sent out. Further guidance on the DRE process will be forthcoming," the memo said.

The bill now goes to Gov. Andrew Cuomo, who has ten days to approve or veto once it lands on his desk — otherwise, the bill becomes law. He has said he will sign it.

A New York State trooper carries a clipboard with a matrix of drug types and the visible effects they might have on a person in 2019. Some officers have received special training to evaluate and identify the presence of different drugs on a suspect.