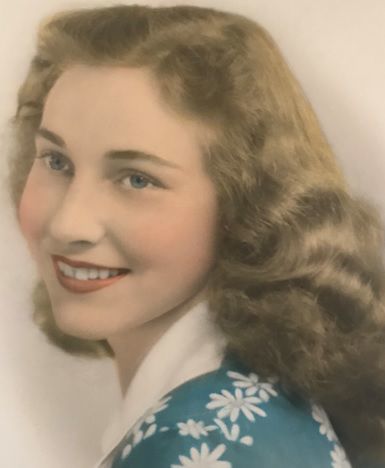 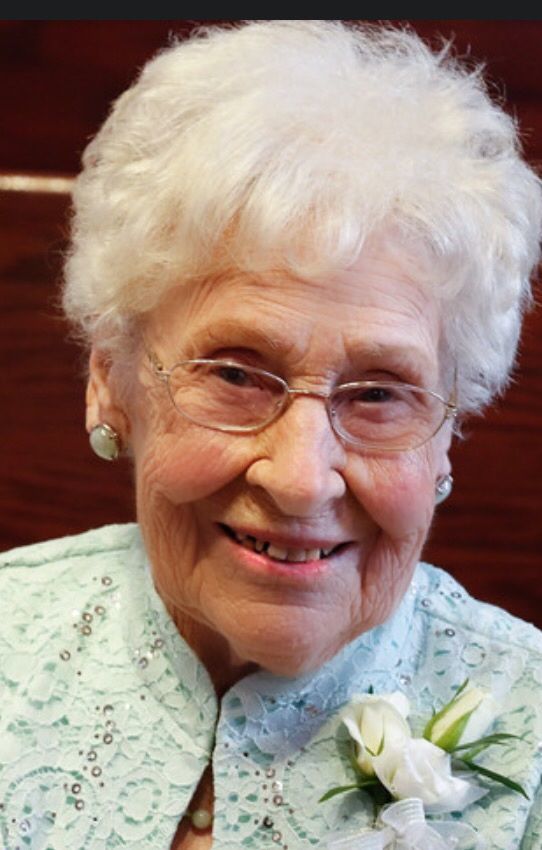 AUBURN — Heaven just became a LOT more lively! The Elvis tunes are flowing and the angels are kicking up their heels, because our dear mother, grandmother, and friend joined their ranks on Thursday, June 27, 2019.

Appropriately, Dorothy June Clark came into the world on New Year’s Eve of 1924, the daughter of William E. and Ethel Hardwick Clark and grew up in Skaneateles. Dorothy was a graduate of Skaneateles Central School, had a sharp intellect, the gift of gab, and a gorgeous pair of legs that still looked beautiful well into her 80s! On Aug. 10, 1946, in New York City, Dorothy married Joseph William Blair, and together, they raised four sons, Joseph (Barbara), of Florida, Thomas (Bonny), of Auburn, Robert (Margaret), of Caledonia, and James (Maryanne - sadly passed on April 12, 2019), of Auburn.

Dorothy was a tireless worker, and everything she did in life was for her “boys.” She loved them with total devotion and was immensely proud of them - yet wasn’t afraid to dole out discipline and “tell it like it is” right up until she drew her last breath! Along with being CEO of the household of five males, Dorothy also held several part and full-time jobs through the years. In the 60s and 70s, many will remember her as the cashier at the White House Grocery Store, just a few houses up from her beloved life-long home. Dorothy also worked many years, part-time, as secretary for the ABC (Alcohol Beverage Control) Board, and the City of Auburn Electrical Board. Her last job outside the home was as a keyboard specialist/file clerk at Auburn Correctional Facility.

Many of Dorothy’s colleagues remarked that she could do the work of three, and still keep everybody laughing. Dorothy truly was a one-woman whirlwind who could cook, bake a pie with a beautiful, flaky crust, clean, iron, paint, repair anything, mow, hang wallpaper (while cussing greatly), knit expertly, chauffeur grandkids, squeeze the value out of every last hard-earned cent that touched her hands, and still look beautiful when she painted the town red!

Dorothy was an animal lover, and over her lifetime owned a dog, as well as several cats, including her companion, “Boy,” who brought her much comfort in her later years. As one would expect, the pets of her children and grandchildren were as much a part of the family as the humans, and were greatly loved and then mourned when it was their time to cross the “Rainbow Bridge.” In addition to Dorothy’s tireless work and devotion to her family and pets, she loved going out on the town with her dear friends, “the girls,” and was an enthusiastic fan of SU football and basketball. She seldom missed a game, cheering and cursing from her favorite recliner with “Boy” on her lap. She was a long-time communicant of St. Mary’s Church, worked for the Democratic Party for many years, and continued giving her unvarnished and often hilarious political opinions right up to the end of her feisty life!

In addition to her four sons, Dorothy adored her eight grandchildren, Stephanie (Steven Sisco), Korynne Higa (Brian), Ryan (Astrid), Paul (Tingkham), Becky McGuire (Darren), Sarah Baker (Mark), Molly and Matthew. She proudly shared their accomplishments, was a devoted follower of Auburn lacrosse and swimming, and happily celebrated their graduations and marriages. Dorothy was thrilled that she lived long enough to know the love of her great-grandchildren, Makenzie and Logan Higa, and Harper and Hunter Blair.

Along with her family and friends, Dorothy is survived by three nephews and one niece. Next to Dorothy’s senior yearbook photo, there is a quote: “If silence is golden, I’ll be poor all my life.” The stories of Dorothy will preserve her memory and provide support and comfort for those of us who loved her. In honor of her, and with her senior yearbook quote in mind, TALK ON, dear friends, TALK ON!

There will be one calling hour from 10 to 11 a.m. Friday, July 5, at Farrell Funeral Service, Inc., 84 South St., Auburn, with a prayer service to follow with Rev. James Enright at 11:15 a.m. Interment will follow in St. Joseph’s Cemetery.

To plant a tree in memory of Dorothy Blair as a living tribute, please visit Tribute Store.