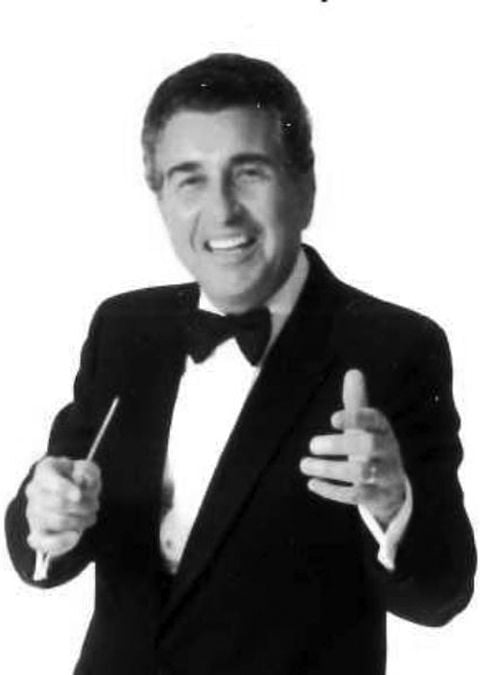 JACKSONVILLE, FL — Samuel J. Fricano, 86, of Salisbury, MD formerly of Jacksonville, FL, passed away peacefully on July 15, 2020. Born on March 22, 1934 in Silver Creek, NY, he was the son of the late Marion P. Fricano and Veronica A. (Militello) Fricano.

After graduation from the Eastman School of Music in 1955, Mr. Fricano joined the U.S. Army Field Band in Washington, DC and played solo trumpet for five years. He left the band to attend the U.S. Army Element, Naval School of Music. He was appointed Warrant Officer Bandmaster in 1961 and was Leader of the 101st Airborne Division Band at Fort Campbell, Kentucky and the 1st Calvary Division Band in Korea before returning to the U.S. Army Field Band as Associate Bandmaster in 1964. He served as Executive Officer and Associate Conductor from 1966 to 1974, and was Commander and Conductor from 1974 until his retirement from the Army in the grade of Major in June 1979. During his military career, Fricano performed thousands of concerts in all 50 states as well as in 26 countries.

In the early 1980s he served as Music Director at Walt Disney World where he coordinated activities in the Music Department and conducted bands and orchestras for various Disney shows and special events. He conducted the Mantovani Orchestra on international tours from 1983 to 1987, prior to becoming Music Director of Jacksonville's Official Band, the St. Johns River City Band, in September 1987.

Mr. Fricano was invited to guest-conduct the Mantovani Orchestra on a seven week tour of Japan and Korea in the fall of 1989, and returned to lead the Orchestra on a similar tour of those countries in the fall of 1991. Mr. Fricano was a long-time member of the American Bandmasters Association, the Captain's Club, the Meninak Club and various other groups in Jacksonville, FL.

In lieu of flowers, donations may be made in Sam's honor to your favorite charity, the Eastman School of Music or any other performing arts program.