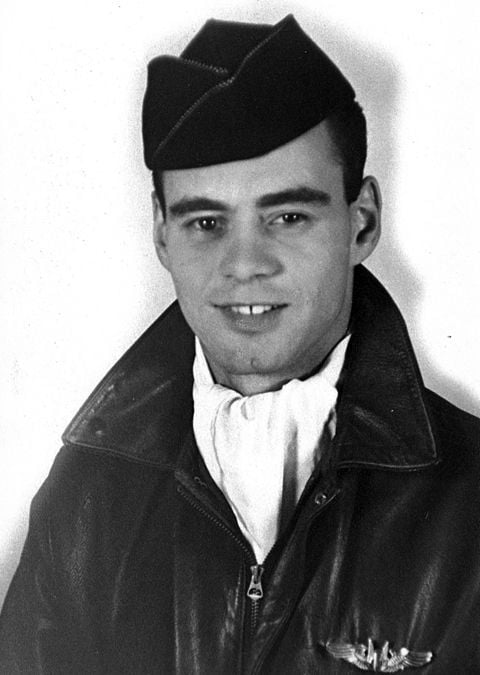 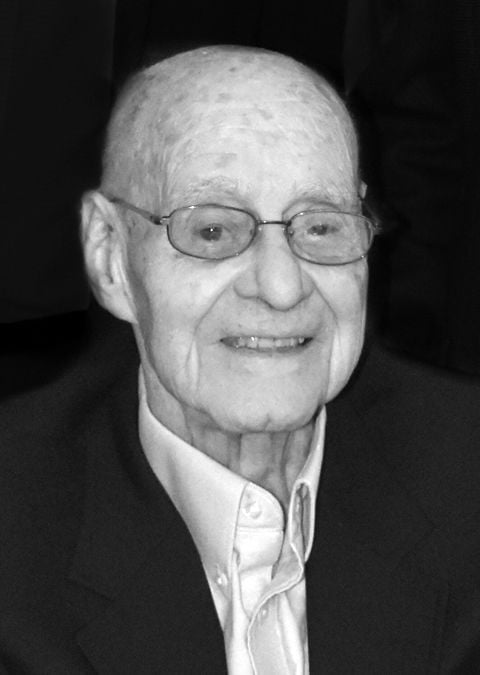 Victor was born in Auburn on March 5, 1926, the only child of Victor H and Viola (Dedrick) Fandrich. He grew up on Standart Avenue, attended Central High and East High, hitch-hiked to Kansas by himself at age 15, and left high school early to enter the Army Air Corp at the age of 17. He served as a B29 tail gunner in the Pacific Theater during World War II. He returned to Auburn, finished high school, and completed two years at Sampson Junior College in Seneca County. From there he transferred to the University of Tennessee in Knoxville, where he earned a BS in Business Administration in 1950. Following a brief stint with Dunn and Bradstreet in Kansas City, he returned to Auburn in 1951 and joined his father working at The Jacobs Press, attending RIT for a year to study printing. He met Marilyn McEntee in 1952, and they were married a year later. They raised four children in homes on Standart Avenue, Dawson Avenue, and Boyle Avenu, and built a summer cottage in Springport Cove on Cayuga Lake in 1962.

Victor went on to run Jacobs Press, a successful printing company still under family ownership, until 1983, when he retired to enjoy traveling with Marilyn and spending time with family, especially at the camp in Union Springs. Together Marilyn and Vic visited every state except Alaska. They traveled internationally to New Zealand, Egypt, Israel, England, France, Germany, Austria, Bulgaria, Turkey, Ireland, Scotland, Wales, Spain, Morocco, Italy, Greece, Bahamas, and Bermuda. They drove cross country numerous times, visiting historic sites, presidential libraries, and military forts, to reach their favorite winter destination in Monterey, CA, where they would spend several months. Vic also traveled to Dubai in 2010, and in 2013, at age 87, went on a "guys trip" to London with his two sons and three grandsons.

Victor was a long-time member, elder, and Sunday School teacher at First Presbyterian Church, a member of the Masonic Lodge, and he served on the boards of Seymour Library and Fort Hill Cemetery. He became a member of Westminster Presbyterian Church in 2016. His hobbies included hiking, sailing, fishing, and reading, especially historical nonfiction.

A private funeral will be held at the convenience of the family. Memorial contributions can be made to support property improvements at Westminster Manor, 81 South St, Auburn, NY 13021.

Brew Funeral Home is in charge of arrangements.

To plant a tree in memory of Victor Fandrich as a living tribute, please visit Tribute Store.

Dear Mark and Jill: I met the both of you while visiting Sue Hemingway at the Commons. It sure sounds like your father, mother and family led an adventurous life filled w/ a lot of good times and that is the way we would all like it to be for those deserving of it. May you have many fond memories of your father at this time and always as you lay him to rest as I do my parents, relatives and friends that have left before me. Sincerely, Lois Terino Gray

My thoughts and prayers to the Fandrich and Trapani families for the loss of Mr. Fandrich who I remember from a few sleepovers as a really nice guy and gentleman. May he have great peace and glory on his next adventure. God Bless!