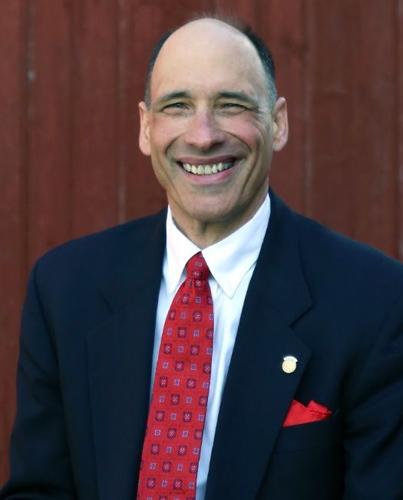 Gov. Hochul often touts how well she got to know New York while she was traveling the state as Andrew Cuomo’s lieutenant governor, saying she knows “every rest stop on the Thruway.” But after hearing her first State of the State address as a duly elected executive, I must wonder if she ever got off the Thruway and interacted with New Yorkers outside of the campaign trail.

For example, in the years of Cuomo’s tenure as governor, U.S. Census data showed consistent out-migration of New Yorkers. That exodus has only continued, with the latest data released last month showing the sharpest decline from July 2021 to July 2022. Hochul assumed office after Cuomo’s disgraceful resignation in August 2021. From July 2021 to 2022, New York lost 180,341 people, but to date since she has taken office, a total of 299,557 New Yorkers have moved out of state. People can simply not afford to live here, but more than that, they have lost hope and given up on our state changing for the good.

Gov. Hochul doesn’t seem to hear this message, however. Her State of the State address hinges on a housing plan that forces communities to turn farmland into low-income housing units. In fact, she’s set a goal of building 800,000 affordable, multi-family housing units and is paving the way for the state to bypass existing environmental protections, local land preservation, and zoning considerations to meet her three-year goals. She even proposes to overturn public health or other “restrictive” density restriction laws in order to increase population density where she wants it.

But if people are fleeing our state because they can’t afford the high taxes, find a career to pay for the high costs of living, or are being forced to sell their farm or business, why do we need so many new housing units in suburban and rural areas? What about the existing properties that are being abandoned or are up for sale?

Energy costs also are one of the biggest drivers behind out-migration, along with high taxes. New Yorkers simply cannot keep up. To address this, the governor proposes that New Yorkers simply insulate their homes better. Her plan does nothing to address the ever-rising costs of heating and cooling a home or business and, in fact, her plan could spell an energy crisis for our state soon.

That’s because her plan is even more radical than President Biden’s in that it bans gas stoves and appliances. Again, coming from Western New York where her hometown was just devastated by a deadly winter storm, you’d think the governor would understand the necessity of affordable heating and redundant backup systems. In harsh climates like ours, we need to have assurances like backup generators, gas stoves, or wood-burning fireplaces to rely on. But her plan would ban gas stoves and appliances across our state in just two years! She also wants to ban the sale of any new fossil-fuel heating systems.

This comes on top of a new law that limits wood burning starting this October (Senate Bill 6599 of 2019-20). The plan reduces wood burning by 40 percent and has many concerned about the impact this will have on the electrical grid and the likelihood it will cause brownouts like those experienced in summer heatwaves when air conditioning is on high throughout communities. Of course, for those living in rural areas where electricity is unreliable, this presents even greater worries.

These are just the tip of the iceberg in terms of the unrelatable concerns we heard in the governor’s speech. We know that once negotiations begin between her and legislative leaders from downstate, the progressive policies could only get worse for upstate New Yorkers – and more expensive.

The most important considerations as we work toward an on-time, fiscally responsible state budget is that we remember how challenging times are for people right now, that these financial challenges are not new for most people and how hard people are working to get by. The families I know and have the honor to represent work very hard to keep essentials like milk, diapers, and school supplies ready for their kids. Seniors I talk with are doing everything they can to afford their prescriptions and their heating bills. Hardworking nurses, volunteer firefighters and small-business owners are tired but ready for the challenges – and I know our government can do more to support them.

I’ll continue fighting to ensure these voices are represented at our state Capitol and to do what I can to keep our state affordable so that our families and communities can stick together and help businesses prosper. As always, please do not hesitate to contact me or my office if we may be of assistance to you. We’re here to help. You can call us at (315) 255-3045 or email me at lemondesj@nyassembly.gov.

The Citizen’s Best of the Region 2023 is coming soon.

Commentary: Teens carry a threat to mental health in their pockets

Every generation has angst over what a particular cultural shift is doing to the minds of our youth.

Dean Baker: Biden has earned a solid 'A' halfway through term

At the midpoint of President Joe Biden’s first term, he deserves a solid “A” for turning the economy around, getting the pandemic and inflation under control, and encouraging a rapid transition to clean energy. No president since Lyndon Johnson has as much to show for his first two years in office. Unlike Johnson, Biden managed to push key legislation with a tiny majority in the House and the thinnest possible margin in the Senate.

Are today's parents worried about the wrong things? | The Ethical Life podcast

🎧 The hosts discuss a recent advice column, in which a grandmother said she was losing sleep about her 9-year-old granddaughter walking home alone from school.

With a new congressional term kicking off, the agricultural lobby will fight to bring the Farm Workforce Modernization Act back for approval t…

Commentary: Energy affordability is at the forefront of New York’s climate agenda

The revenue will be used to invest in clean, affordable energy across the state, prioritizing the communities that have disproportionately felt the effects of climate change.

With a new congressional term kicking off, the agricultural lobby will fight to bring the Farm Workforce Modernization Act back for approval to alleviate the shortage of farmworkers across the country. The bill is now in limbo after Democrats lost control of the House of Representatives.

Froma Harrop: The view from the suburbs looks bad for Santos and the GOP

Moderates are in the suburbs -- Democrats, Republicans and independents -- who want Washington spending kept in check. They tend to be liberal on social issues but pained over the extremes of the woke. They have respect for various sexual identities but little interest in learning new pronouns. And they overwhelmingly want some access to abortion.