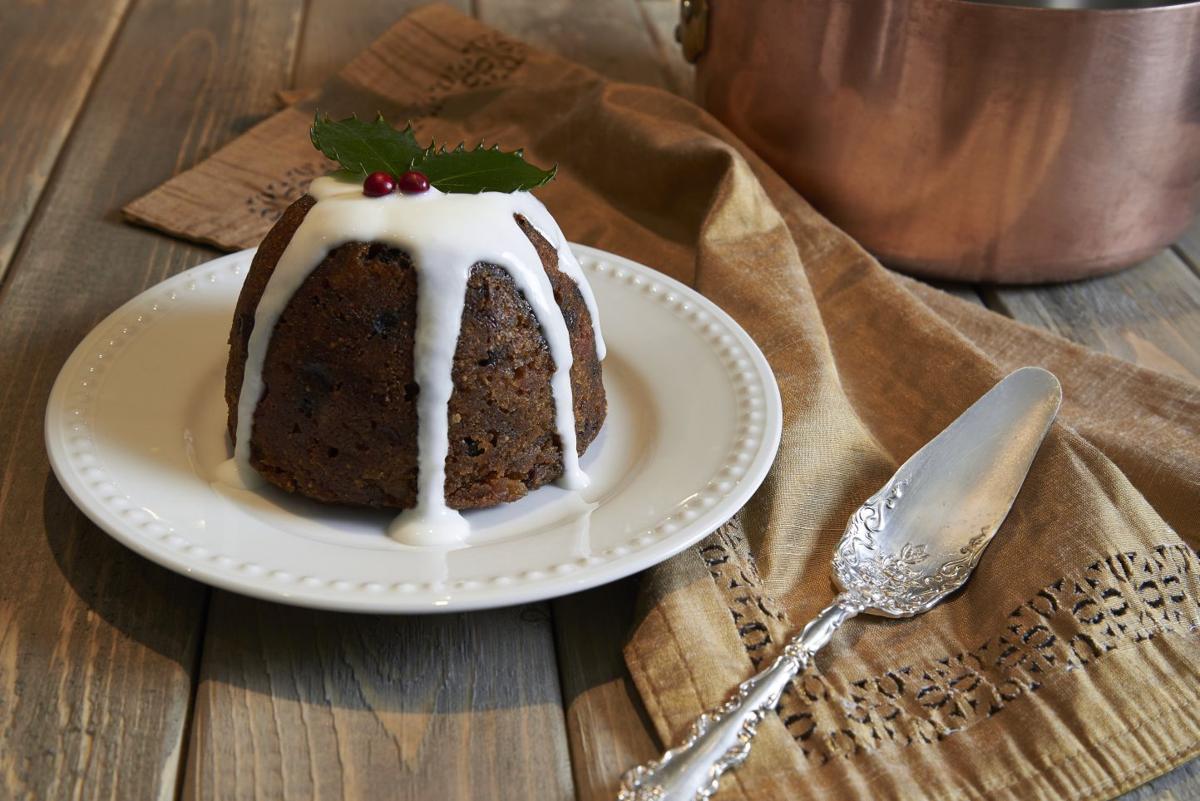 A figgy pudding from The Art of Pudding is all decked and ready for eating. 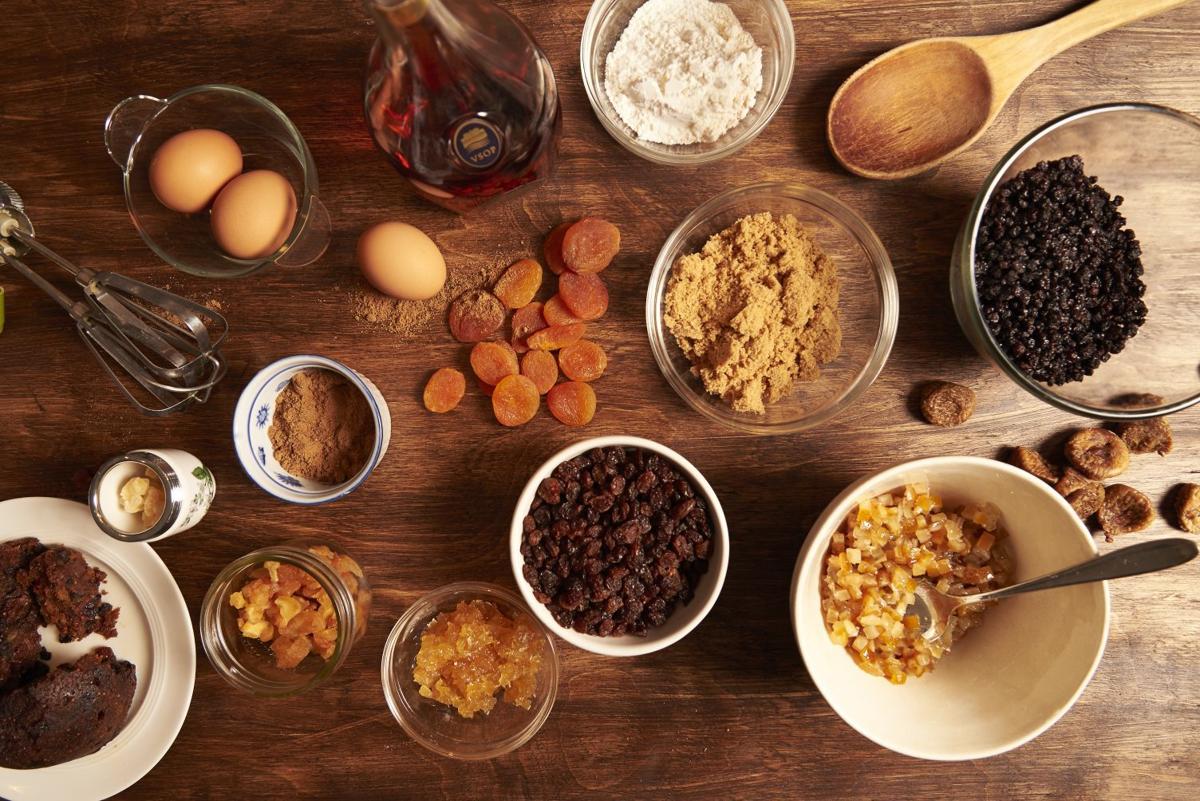 The ingredients to make a The Art of Pudding figgy pudding are laid out. 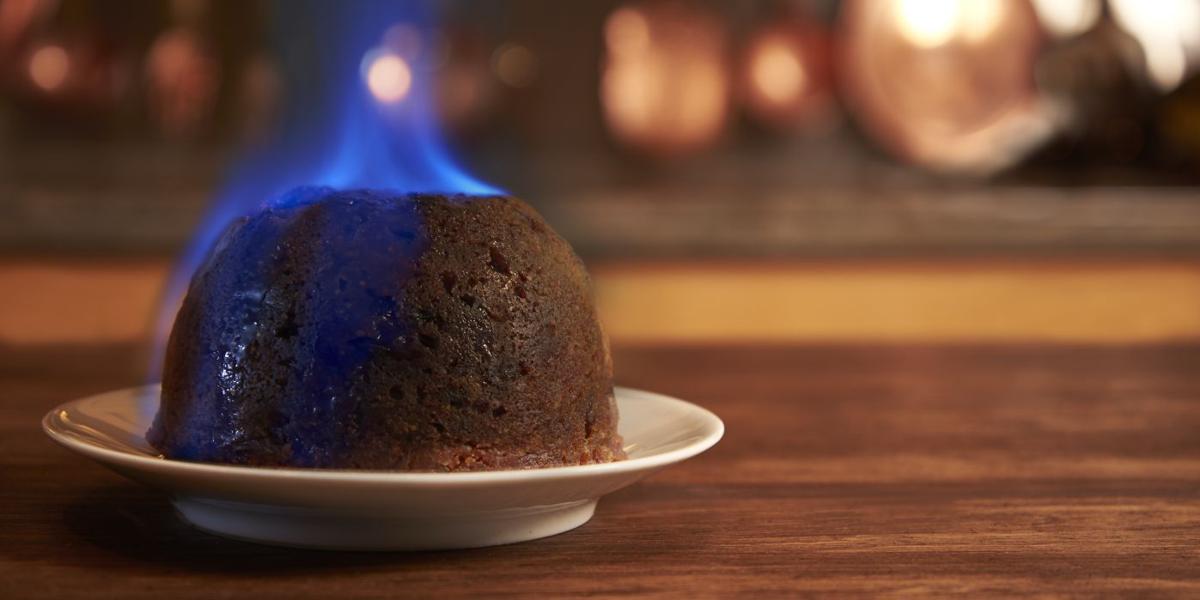 A The Art of Pudding figgy pudding is alight as part of the dessert's holiday tradition. 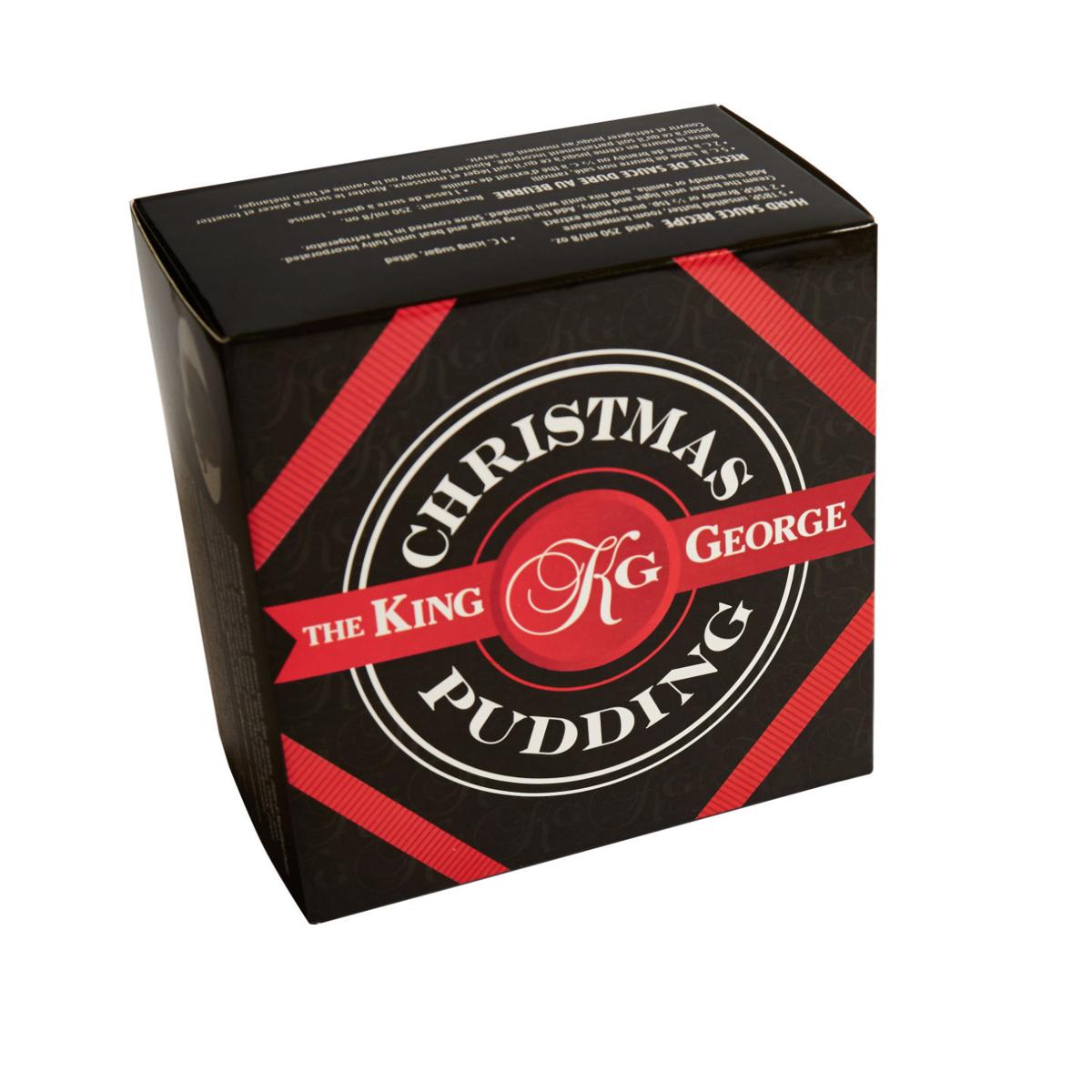 The Art of Pudding creates and sells the King George figgy pudding.

SKANEATELES | When visitors to the 22nd annual Dickens Christmas stop at the Mid-Lakes Navigation storefront to taste some figgy pudding, they won't be putting food just in their mouths.

Through a partnership with the Skaneateles Ecumenical Food Pantry, The Art of Pudding — the Canadian company that offers samples and sells containers of its King George figgy pudding — donates the proceeds from every sample to the food pantry.

Suggesting a contribution of 25 cents per sample, Michele Chandler, the company's owner, said she sent a check for $375 to the food pantry in 2013 — the first year the puddings appeared at Dickens — and last year cut a check to the food pantry for $750.

This year, Chandler wants to give $1,000 to the food pantry and hopes the community joins her in taking part in a British holiday tradition and in supporting a community organization.

The pudding samples are available at Mid-Lakes from noon to 4 p.m. every day of the festival except Christmas Eve, Chandler said. In fact, food pantry volunteers will help staff the sample table at Mid-Lakes the weekend of Saturday, Dec. 5 and Sunday, Dec. 6.

The partnership between the pudding maker and the food pantry began, Chandler said, because "the festival grew so much" that Chandler and her assistants could not keep up with the demand of offering free samples and knew they would have to charge people to take the figgy morsels.

So, rather than pocketing the money, they decided to turn it into a charitable venture so that people are not just coming into Mid-Lakes for a free dessert and are helping out a worthy cause in the process.

"It always warms their hearts that this goes back to something wonderful," Chandler said of the people who come in for samples. "There's incredible need in central New York that is hidden at the most important time of the year."

She noted a quarter for a sample can sometimes turn into a $20 bill from a generous taster, and she credited Mid-Lakes staff for both providing the location for the pudding and for helping oversee the process.

In her third year of bringing figgy pudding to Dickens Christmas, Chandler said she enjoys sharing the tradition of the British holiday desserts as much as helping out the food pantry.

She noted that Sunday, Nov. 22 was Stir-up Sunday — the informal name for the last Sunday before Advent — and it is a day in which British families spend time together making pudding in the kitchen as they prepare for the holiday season.

"Kids love that because it's interesting food, and it makes parents hold the family together," Chandler said. "We try to instill that with bringing a tradition back to life."

One of the customs of figgy pudding, she said, is to insert a silver coin into the dessert. Whoever finds the coin is said to gain wealth and health for the following year, and Chandler said the royal mint issued special silver sixpence pieces this year to get people back into the pudding tradition.

"As children, we used to rip the pudding apart trying to find the money," Chandler said.

Though The Art of Pudding does not put coins in its puddings, she suggests people who buy one — containers are available at Vermont Green Mountain Specialty Co. in Skaneateles — put in a coin in themselves.

But, since coins nowadays are made of alloys instead of precious metals, she suggests wrapping the coin in parchment first.

Another pudding custom she suggests people try is to pour alcohol over the dessert, light the concoction on fire and make a wish as the alcohol burns off.

Chandler called figgy pudding "a warming dessert," both literally and figuratively, because of what it means to people and for the season.

"It goes really hand-in-hand with what the season is all about, which is gratitude," she said.

Chandler said the King George figgy pudding continues to grow in popularity both at Dickens Christmas and around North America. The pudding is available throughout Canada and the northeastern United States, particularly in stores in New England and New York City, she said.

The pudding is also sold online, and she has shipped pudding as far away as Alaska, Texas and Los Angeles. For Dickens, people from as away as Rochester contacted her to see if she was still offering pudding samples.

And a sign that hangs at Mid-Lakes during the festival — reading "Get Your Figgy Pudding" — has turned into the place to go for people to take selfies of their Dickens experience and post those photos on social media.

Charles Dickens and his cast of characters even stop by Mid-Lakes on the weekends to get their fill of figgy pudding, Chandler said.

"It's sort of a destination point in the festival," she said. "A lot of people stand under it to take their picture."

A figgy pudding from The Art of Pudding is all decked and ready for eating.

The ingredients to make a The Art of Pudding figgy pudding are laid out.

A The Art of Pudding figgy pudding is alight as part of the dessert's holiday tradition.

The Art of Pudding creates and sells the King George figgy pudding.