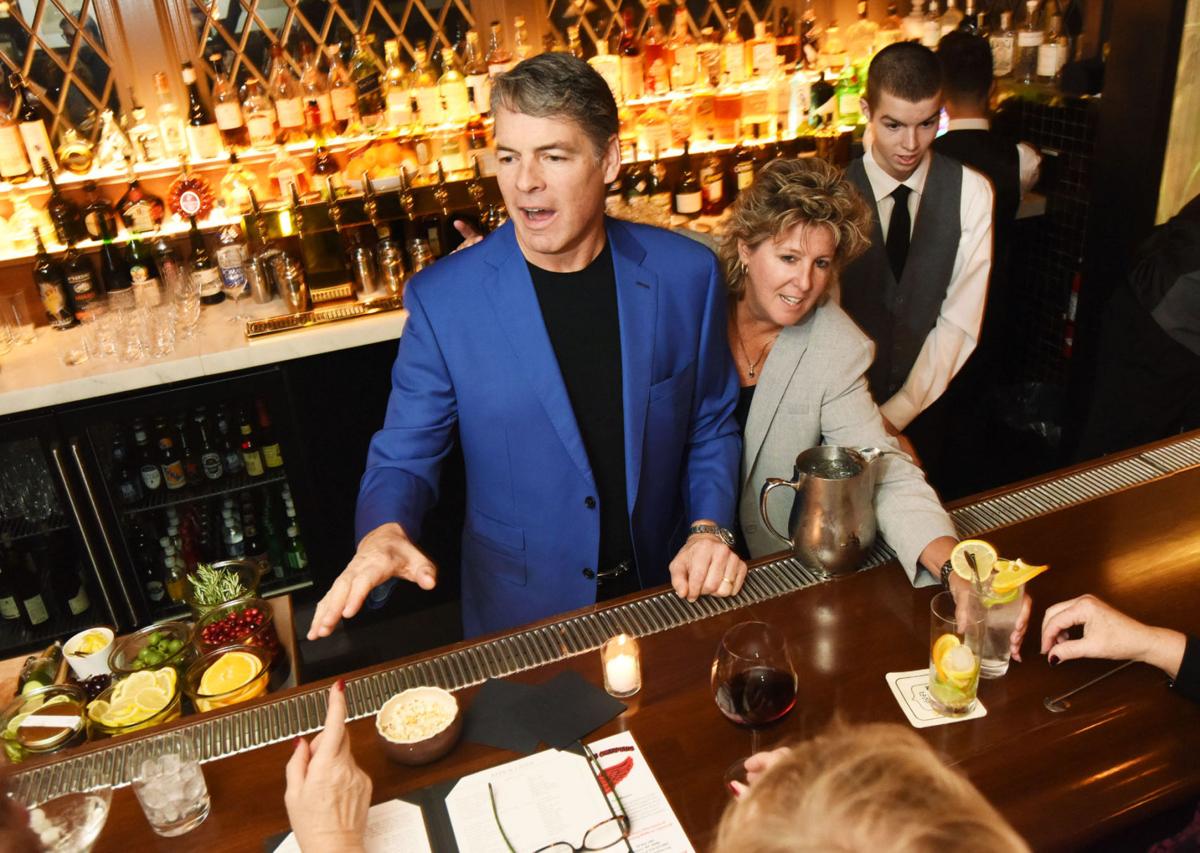 From left, Tim Green and Alison Miller guest bartend Thursday at The Krebs next to Assemblyman Gary Finch. 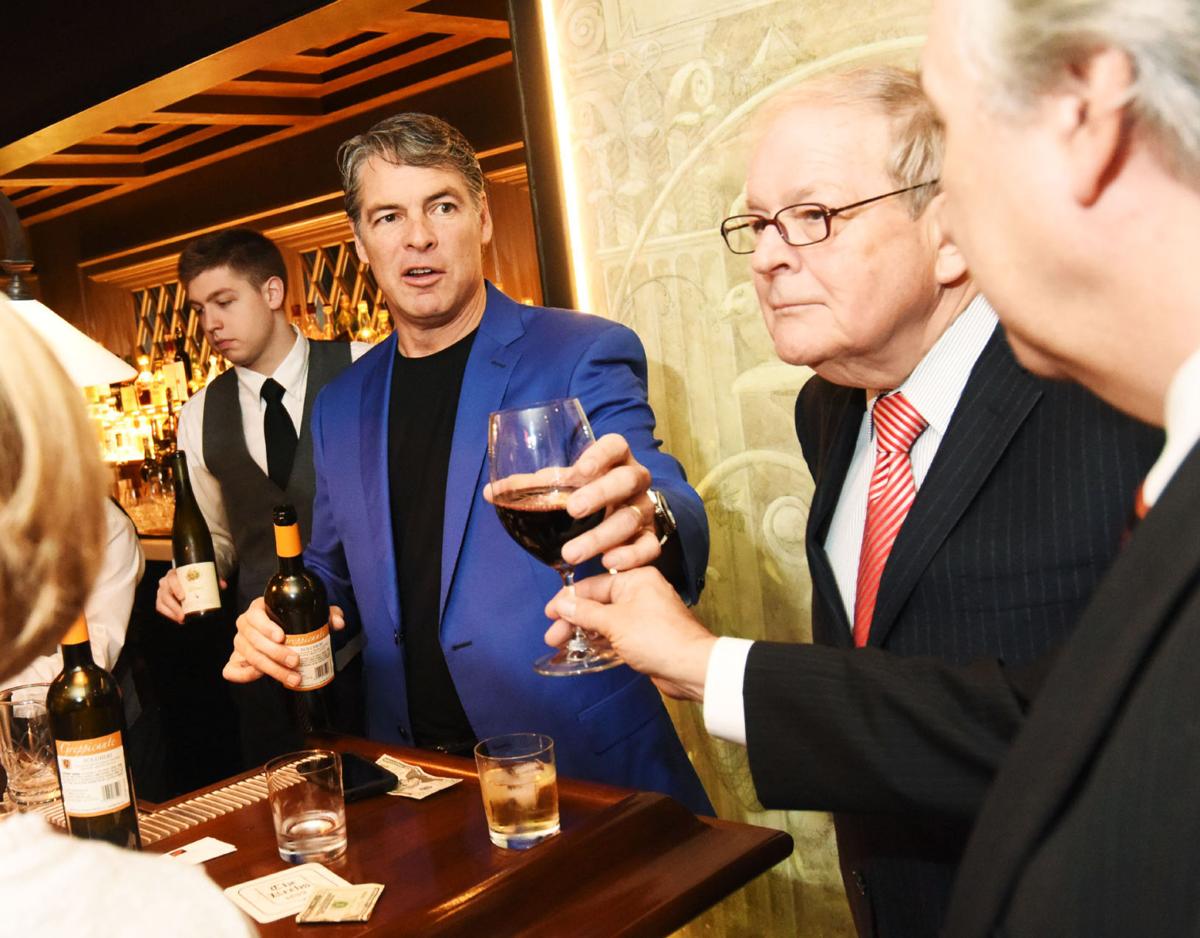 Tim Green, second from left, guest bartends Thursday at The Krebs next to Assemblyman Gary Finch.

SKANEATELES | When it comes to selecting names for the characters in his series of sports-themed middle reader novels, Tim Green said he hosts contests on his Facebook page for people to help choose the names.

It was no contest, however, when it came to naming one of the characters in "Kid Owner," the latest book by the former NFL player turned author. Green said Skaneateles resident Matt Major suggested Griffin Engle's name and told Green about the boy who at the time battled pediatric cancer.

"I said, 'You got it," Green said. "I put Griffin in front, and he blew up my Facebook page. All of the supporters voted for him."

Before Griffin lost his battle — yet before the book was totally finished — the author pulled together the artwork and the manuscript to make a book to send to the boy and his family.

"So his mom could read it to him," Green said. "He was able to see it and hear the story with his name in it."

On Thursday, Green had another chance to support Griffin.

Along with Alison Miller, the senior vice president of commercial banking for First Niagara Bank, Green served cocktails for two hours at The Krebs restaurant in Skaneateles and raised more than $4,000 for Griffin's Guardians, the charity started by Adam and Erin Engle after their son's death.

The first guest bartender event took place in November, and Krebs owner Kim Weitsman said the restaurant wants to host one event each month as part of its mission to give its proceeds back to local organizations in the community.

She said the inaugural event raised $2,000 for Todd's Fund — all of the bartenders' tips for the evening go toward the selected organization — and The Krebs is in the process of setting up events for January, February and March.

Weitsman said such events bring people out to the restaurant for what they already do — enjoy a drink with friends and relax for a couple of hours — while allowing them to support a charity.

"It's a different way for them to fundraise," she said.

Erin Engle echoed that sentiment, calling the event "a win-win ... a no-brainer" since Griffin's Guardians benefits from people just coming out to have a good time.

Shortly after her son died in September 2014, she and her husband had the idea to start the organization and continue sharing their story with people. Though it usually takes up to 18 months to obtain nonprofit status, she said Griffin Guardians got the green light that December.

"We hit the ground running. It was meant to be," Engle said. "We could really turn that into something good. ... Everywhere we turn, someone's been touched or impacted by pediatric cancer."

Along with support from the St. Baldrick's Foundation and the Jim and Juli Boeheim Foundation, she said Griffin's Guardians helps fund cancer research but also assists families dealing with the disease with such things as kerosene to heat a home during the winter or gas cards for a family traveling to appointments every day.

Still, Engle said, pediatric cancer isn't something people talk about much, so Griffin's Guardians hopes to change that by bringing awareness to it.

"People don't talk about it," she said. "Why they don't talk about it is it's sad. You don't want to think about your child having cancer. It can happen to anybody. ... We had so much support. We were lucky, where others aren't."

When the Weitsmans asked Green to appear at a guest bartender event, he immediately thought of making Griffin's Guardians the honoree and got in touch with the Engles to see what they thought.

Yet, neither he nor Miller had any experience behind the bar prior to bartending that night. They both gave credit to The Krebs' "tremendous staff," Miller said, in helping them out during the event.

"Everything I do, I try to do it with enthusiasm and a smile," Green said, recalling a mantra that goes back to his football-playing days. "It's all a lot of good people trying to help."

Aside from leaving tips for the bartenders, Miller said many people — including several of the bank's commercial customers — dropped off checks at the restaurant to give toward the event.

"They came out to support the charity, support The Krebs, support Griffin's Guardians and support me," she said. "You can't ask for anything more."

An Owasco man accused of driving while intoxicated Saturday night is facing a felony charge because he had two children in his vehicle, New Yo…

A Seneca County man who sued the Cayuga Nation Police Department's leader and a private security firm, alleging he was assaulted during a 2020…

From left, Tim Green and Alison Miller guest bartend Thursday at The Krebs next to Assemblyman Gary Finch.

Tim Green, second from left, guest bartends Thursday at The Krebs next to Assemblyman Gary Finch.