Jimmy Phelps became accustomed to wearing two hats for the past eight years. One as a driver. The other, a promoter. Last year’s blip in racing didn’t allow him to wear either for the majority of 2020.

The pandemic put a hold on his season behind the wheel of the Heinke Baldwin Racing #98 Big Block with the Super DIRTcar Series and put a hold on a full schedule of racing planned at Weedsport Speedway, which Phelps has been the promoter of since 2013.

“When you do this for so long you still kind of need to do it. That was the racing side,” Phelps said. “On the track side, it was hard pulling into the (Weedsport Speedway) and seeing it sitting there ready to go and really not knowing when we’re going to allow people to come back in.

“That was the hard part because everyone has worked really hard to turn Weedsport into an attraction and the reward you get from that is watching people have a good time there. For that not being able to happen was a really hard time. That was probably as hard of a hurdle we knew we were going to face, whether it be financially or what have you. Just knowing that the people weren’t going to be there enjoying the place was tough to swallow.”

With restrictions in New York easing at the moment and fans allowed to return to race tracks, Phelps is eager to get people back in the stands and host big events, such as the Super DIRTcar Series (May 30, July 25 and Sept. 11-12) and the World of Outlaws NOS Energy Drink Sprint Car Series (July 31).

He's obviously not the only promoter excited to see fans back in the stands, too. The Super DIRTcar Series is set to kick off its 2021 season Saturday, April 10, at Can-Am Speedway in La Fargeville with limited fans — which Phelps will be competing in as he chases the series championship. In general, tracks are more confident about the year, Phelps said, but they’re also ready for any possible negative turn.

“When the meat and potatoes of the season start getting to that point in time, I think everyone is pretty confident that we’re going to start seeing regulations and things relax where we can proceed as normal,” Phelps said. “When we were heading in another direction last year, everyone was worried about getting themselves out too far and we might continue to shut down further. We’re full speed ahead now, knowing we might still face some adversity in the first month or two. I think when we get into the summer we’ll be in good shape.”

While the pandemic's full impact on Weedsport Speedway has yet to be seen, there was definitely a big hit, according to Phelps.

“The grass keeps growing. The paint keeps fading. So, the work still needs to be done,” he said. “There’re costs there and when you can’t open the gates there’s no way to recoup. The biggest thing is getting the staff back into a rhythm and have our team back in place.

“From a property standpoint, we’re still in really good shape. The place remained intact. It’s as beautiful as ever. Then, through the off-season we were able to secure, for the most part, the partnerships we had for marketing and sponsors. It could’ve been worse. We’re hoping the fans really come out. I think everyone is hungry for some racing. I’m expecting that when things do get to a point where things open up, I think we’re going to see a lot of happy race fans.”

Coping with the loss of a full race season, as a driver and promoter, was tough. However, Phelps managed to deal with it better than he would’ve 20 years ago, he said.

It wasn’t all bad.

“I’ve got a lot of other things going on in my life I didn’t have 10 years ago,” he said. “There was some good that came from it. I was able to spend some time with family and get caught up on things around the home and focus on some other stuff for a short period of time.”

Weedsport Speedway did still manage to get national attention during the year, too. The track launched on iRacing during the racing simulation’s surge in popularity throughout the pandemic. It instantly became a fan favorite upon its release, giving race fans around the world the chance to virtually take laps around the unique D-shaped speedway.

What that means for the real track, Phelps admitted he’s not sure. But it couldn’t hurt.

“It was pretty neat to see those handfuls of years in the making and finally see it released,” Phelps said. “The cool part was that it got released in the midst of this huge boom for iRacing. iRacing became such a household name that it wasn’t pre-COVID. For it to hit then when it had a lot of eyes on it was even better. It was worth the wait type of deal.”

That helped take the edge off before winter, Phelps said. It gave race teams and race tracks something to be excited about going into the end of the year.

That excitement has led to him dusting off his two hats and putting them back on for 2021. The driver will be going after his first Super DIRTcar Series championship. The promoter will be getting Weedsport Speedway ready for a successful 2021. Both hats, equally stressful to wear, according to Phelps. But also equally rewarding.

“The promoter, there’s so many unknowns and so many things out of your control and so many moving pieces,” Phelps said. “With the race car, you have a core group of guys and you travel up and down the road. You get to a point where everyone knows their job. If you go out and execute and do everything correctly, you’re going to have a successful night. With the track, there’s just a lot of things going on. We’ve got a great team, so it’s not a personnel thing. But there’s a lot of things going on. We’ve got weather, got different circumstances.

“In our situation, we’re in the heart of Syracuse. There’s just a lot to do. There’s a lot for fans to spend their entertainment dollar on. So, you really really have to work hard for a long period of time, preparing for each event, making sure you get the most out of it from a participation standpoint, then hope everything falls your way when it comes to weather, and so on and so forth. You have to hope the track stays good. There’s a lot of things that are out of your control. A little more stress on that front and a little more anxiety. But at the same time, it’s still pretty rewarding. There’s a feeling that you get winning a race that could never be replaced. There’s also a certain adrenaline rush you also get from looking up in the grandstands seeing a ton of people who are super excited to be there. I think that’s what ultimately keeps you doing both.”

Ready for driving too

Phelps had his Heinke Baldwin Racing team revamped with new Bicknell Chassis at the end of 2019, ready to go after the Super DIRTcar Series championship in 2020. Then, the pandemic hit.

Instead of a full year cleaning dirt off his #98H Big Block, it sat idly under the roof of the team’s shop in Weedsport.

Now, Phelps is anxious to pick up where he left off at the beginning of 2020 and go after his first Series championship.

“This year we’re excited about our package and our equipment,” said Phelps, of Baldwinsville. “We’ve got a great group of guys who have been together for quite a while. We know we’re capable. We just need to get it all to fall in line. It’s a tough deal. There’s a tone of guys now running at that level. We’re hoping we’re one of them and we can put it all together.”

In 15 years of full-time racing with the Super DIRTcar Series, Phelps has finished second in points three times – most recently in 2012 – and has collected 21 victories. His most recent win came at Fulton Speedway during OktoberFAST last year.

“That helped us get back into a rhythm,” Phelps said about OktoberFAST. “Helped get our brains back into race season. We were able to race enough at the end of the year that it seemed almost normal. That got us going again. Then, going to Florida (in February for the 50th DIRTcar Nationals) and just being able to race and get everybody working together and moving ahead.”

With the switch to Bicknell Chassis at the end of 2019, Phelps said the team has already gone through its “changing phase.” The few races he ran last year allowed him to get comfortable in the new car and the addition of coil-over shocks; a part he said they were late to the game with utilizing. The extra downtime allowed the team to organize the trailer, the shop and get things in place to be more efficient. It also gave them a bit more time with family, Phelps added.

All of that has made him and the team hungry to get the season going. They got an early start during the DIRTcar Nationals at Florida's Volusia Speedway Park in February, claiming two top-10 finishes in the four-race non-points event. It was enough of a tease to light his competitive spark and put his efforts into conquering the more than 30-race Super DIRTcar Series 2021 schedule.

“We’ve done this now for a long, long time,” Phelps said. “We’ve had years where we’re close and we’ve had years where we were struggling. But we’ve never been able to win the championship. Obviously, that’s goal number one. To do that, you’ve got to win some races. Finish consistently toward the front. You have to eliminate failures. We know we have to focus on that as a goal to try and achieve that end goal. That’s the plan, as it is every year.” 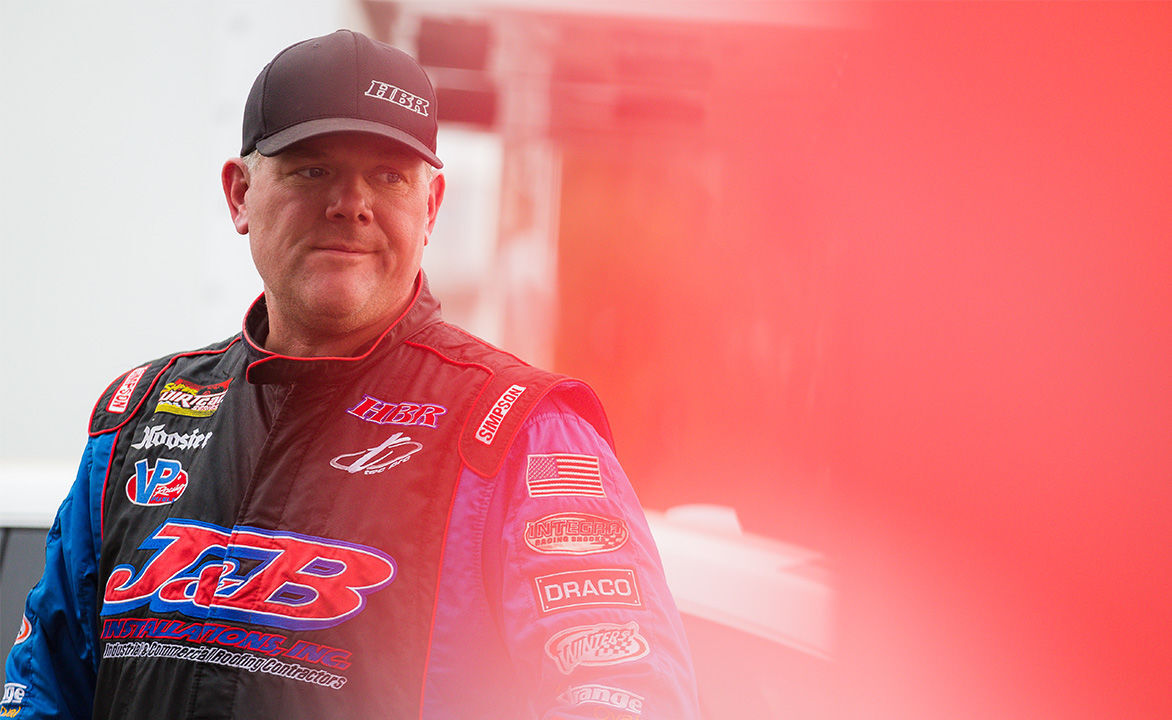 Jimmy Phelps is a driver on the Super DIRTcar Series and promoter of Weedsport Speedway. 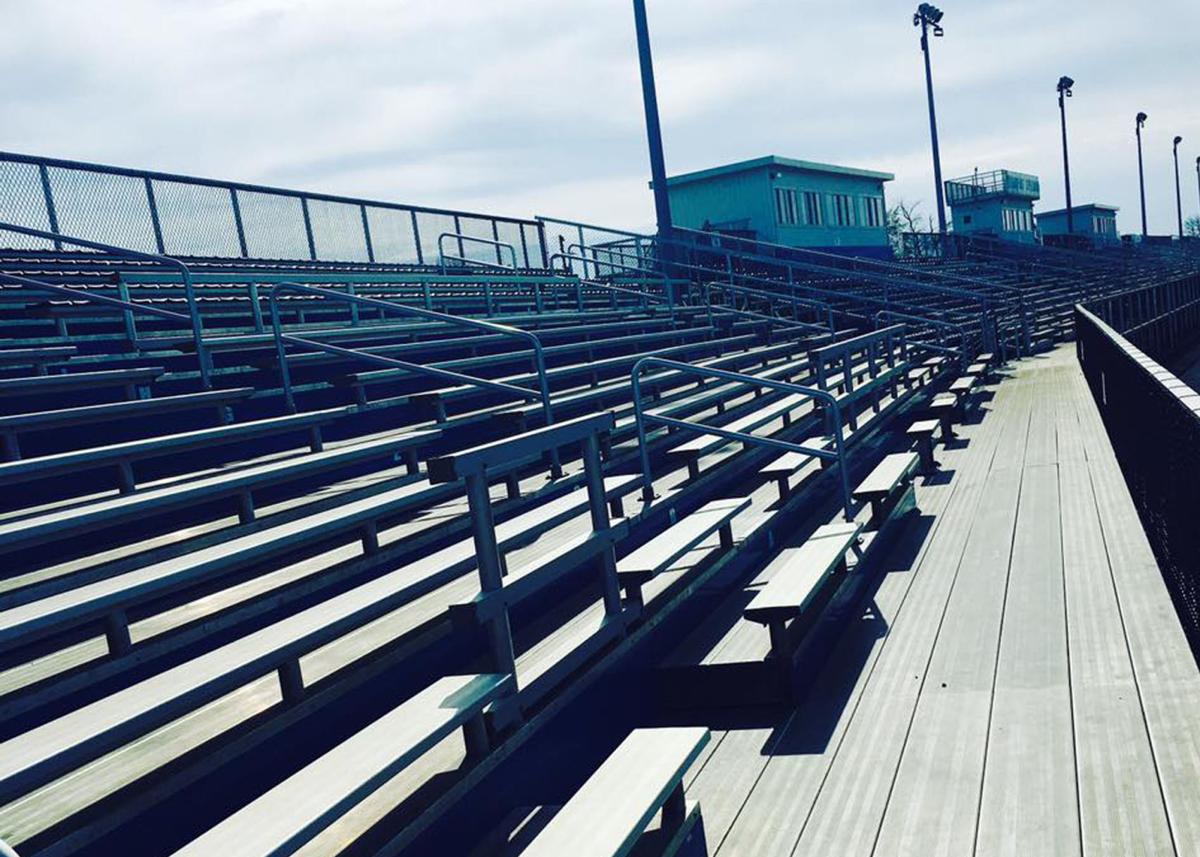 Bleachers at the Weedsport Speedway sit empty during the COVID-19 pandemic. 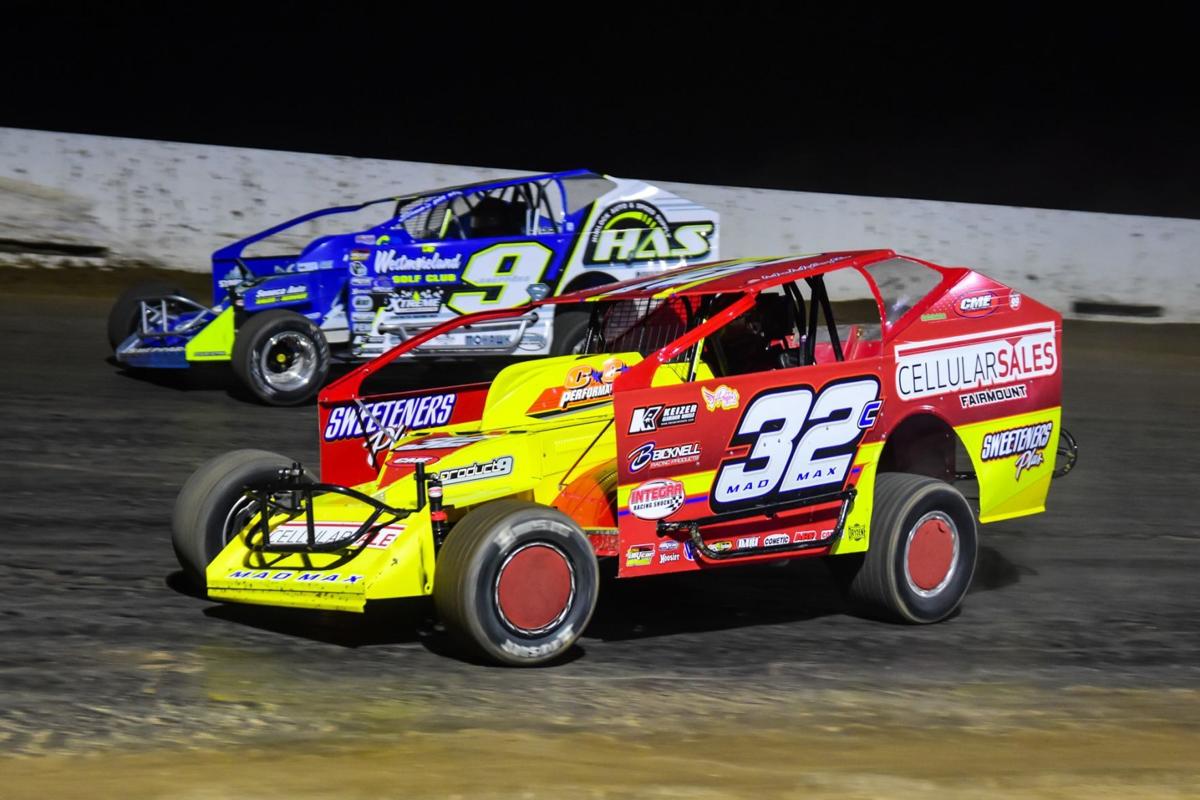 Max McLaughlin (32) and Matt Sheppard (9) duel to the checkered flag during the OktoberFAST Finale at Weedsport Speedway.