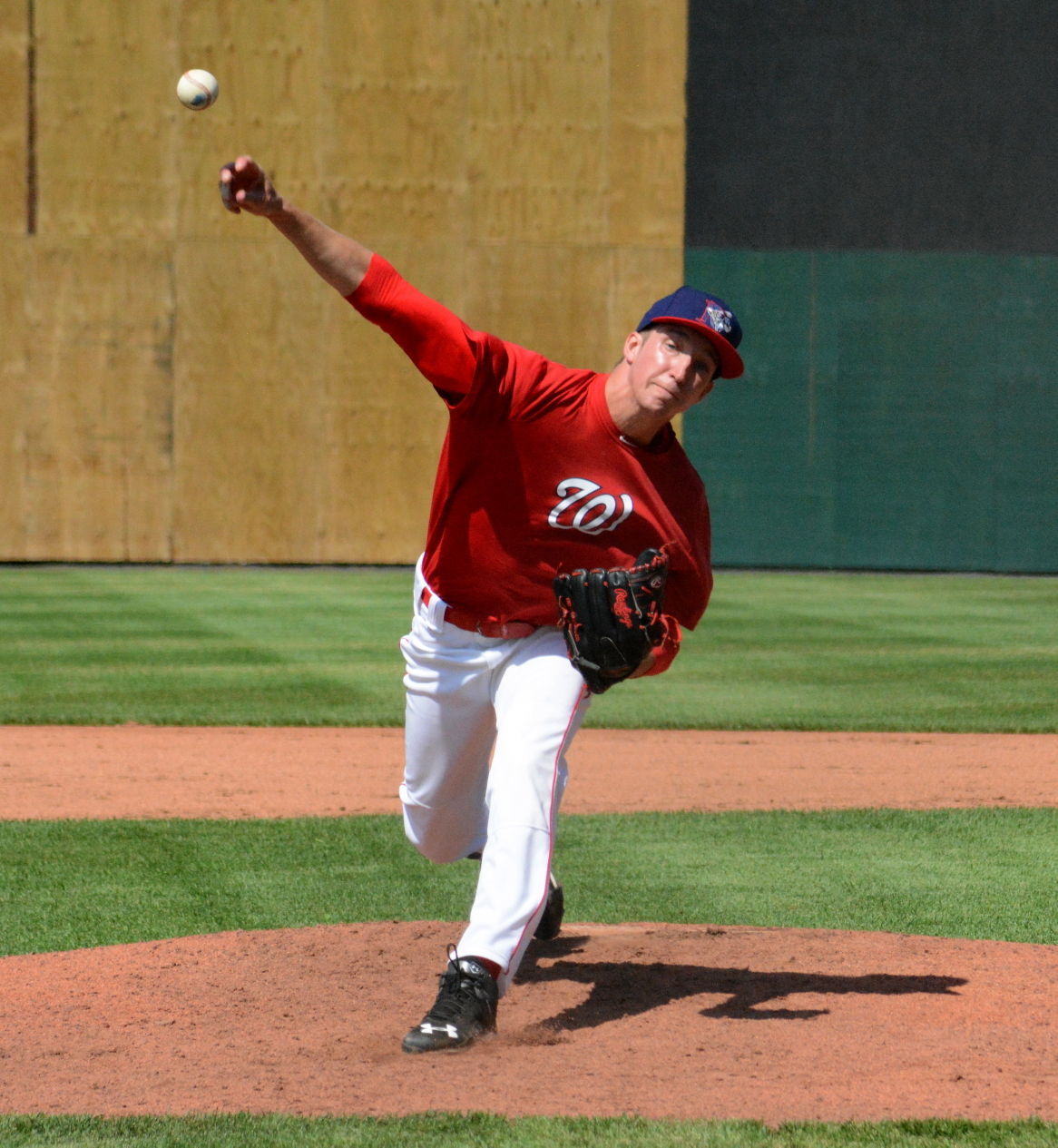 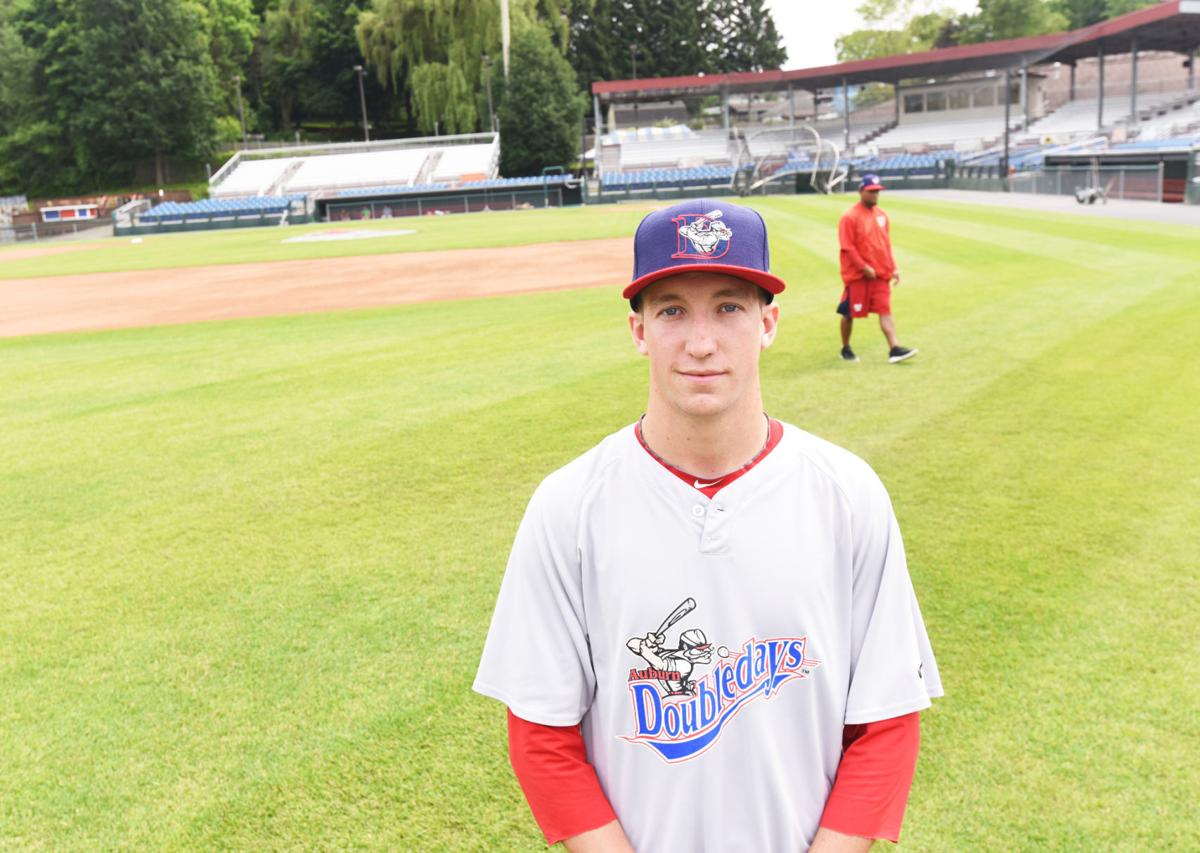 Erick Fedde, the Nationals' first round pick in 2014, will be pitching for the Doubledays this season. 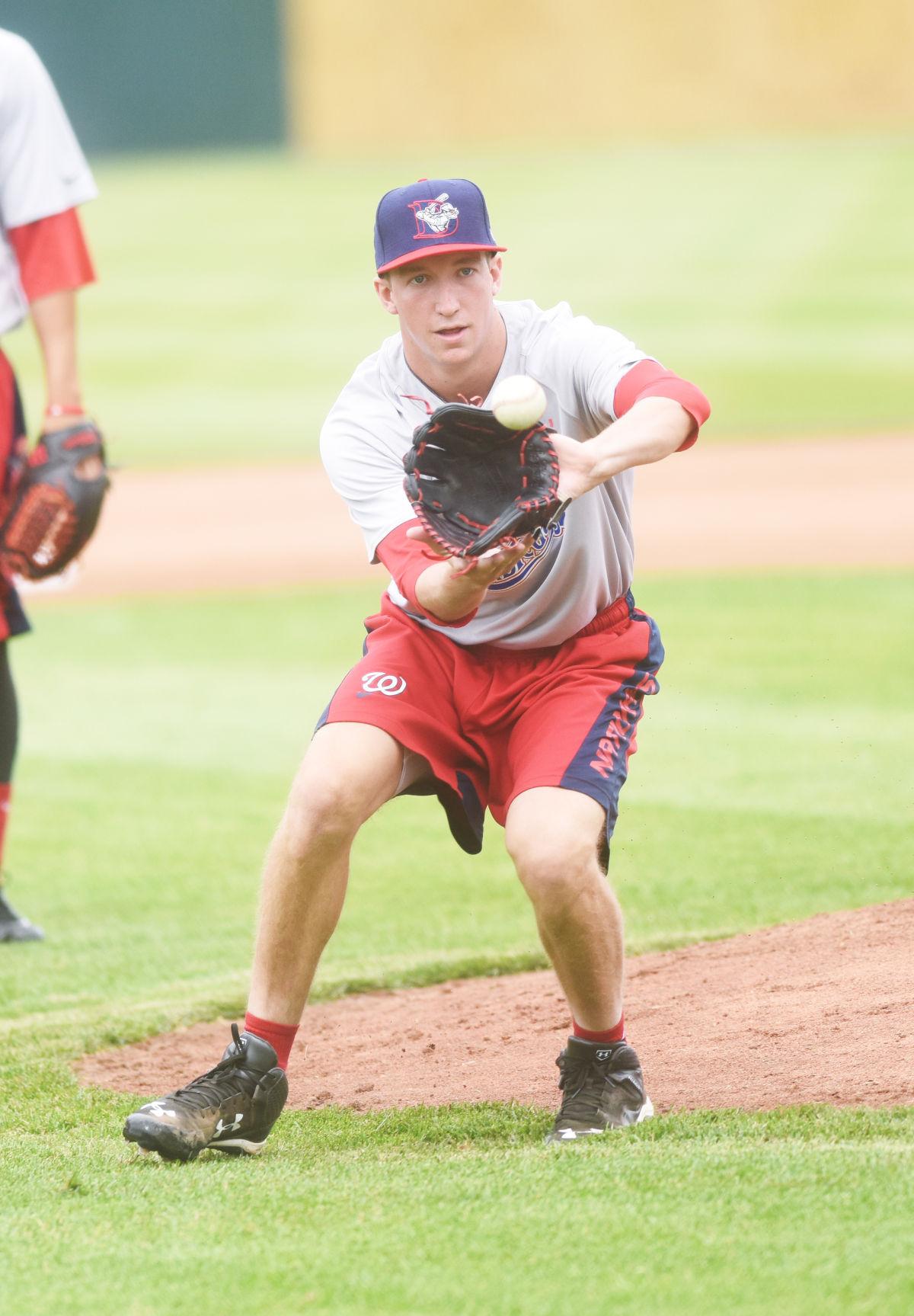 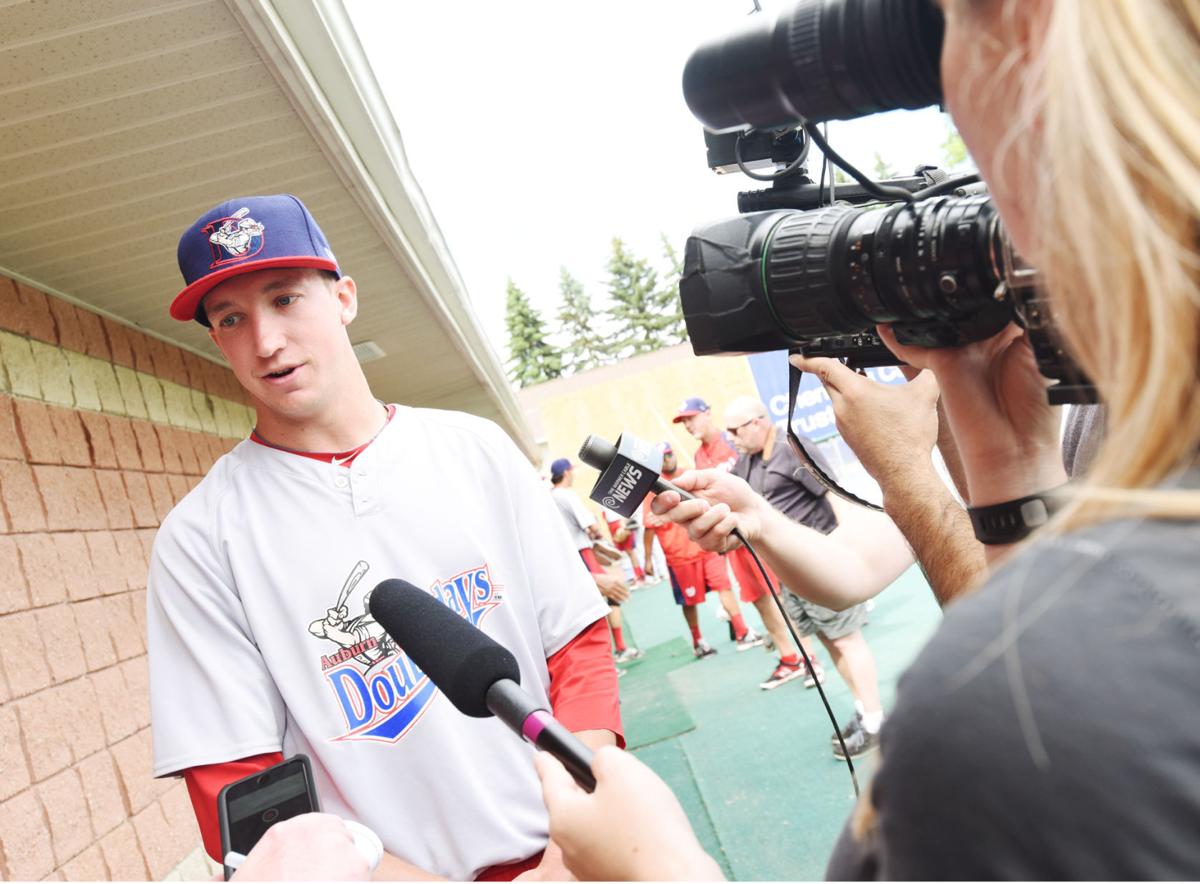 Erick Fedde talks to reporters on June 17 during media day. Fedde, selected by the Nationals in the first round in 2014, will be pitching for the Doubledays this season.

AUBURN | The most difficult part for Erick Fedde was the time sitting idly in his house.

Fedde, who underwent Tommy John surgery two days before being drafted in the first round by the Washington Nationals in 2014, remembers the two months of rest before beginning his rehabilitation program. A little more than a year later, the right-hander is ready to take the mound for the Auburn Doubledays.

“It’s my true love playing baseball, and the hardest part was sitting around,” Fedde said. “I’m ready to go again. It’s been too long.”

Fedde began the process of regaining the strength and movement in his elbow, and was able to begin throwing again last December. From there, he continued to improve his velocity and distance.

Fedde threw his first bullpen session in March and slowly built up the amount of pitches he could throw in an outing at the Nationals’ training facility in Viera, Florida.

“He’s progressed very nicely in Florida,” Doubledays manager Gary Cathcart said of the 22-year-old. “He went through the whole rehab process and started pitching innings a month ago. He got up to five innings before we left, and -- knock on wood -- everything has been going well health-wise. That’s the most important thing for him this year is staying healthy. Our guys do such a great job of rehabbing and getting these guys healthy.”

For Cathcart, the goal for Fedde’s rookie year is to get him adjusted to the pro game.

“We have to get him used to the professional five-day rotation and throwing those sides and workouts in between,” Cathcart said. “It’s just a year for him to get used to the routine of professional baseball.”

“I expect myself to be a high performance player, to play well and give my team a chance to win every time I’m on the mound,” Fedde said. “I hope that’s what they expect out of me, and I hope to be a good player for this squad.”

Cathcart has liked what he has seen out of Fedde in their time together.

“He’s an impressive young man,” Cathcart said. “He’s got a great personality, he asks great questions and he’s really in tune with what’s going on. I think he has a chance to be pretty special.”

Auburn Doubledays GM: 'We need to prove that baseball can work here'

It was an eventful off-season for the Auburn Doubledays organization, the community-owned Minor League Baseball franchise that has operated at…

Erick Fedde, the Nationals' first round pick in 2014, will be pitching for the Doubledays this season.

Erick Fedde talks to reporters on June 17 during media day. Fedde, selected by the Nationals in the first round in 2014, will be pitching for the Doubledays this season.