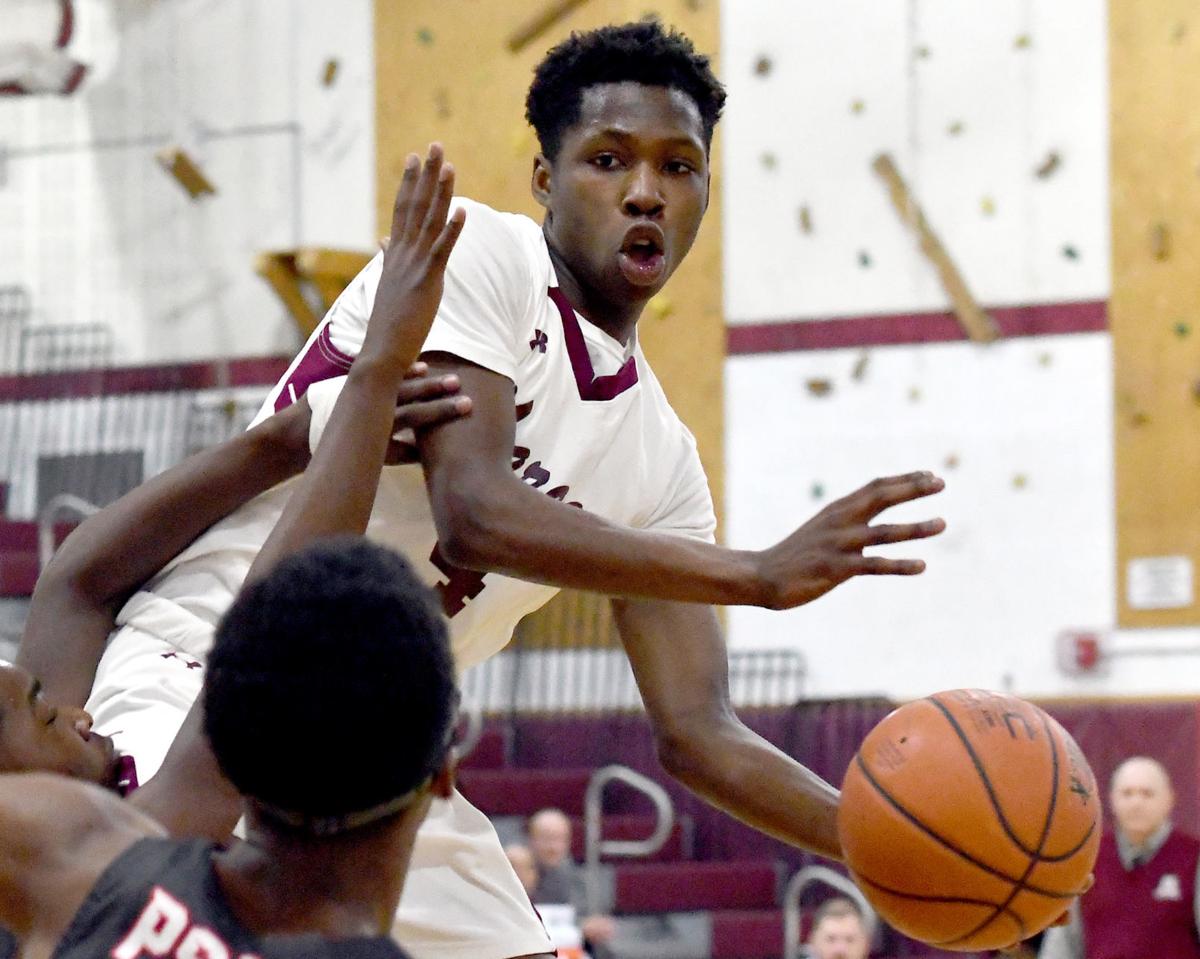 Auburn's Shaheed Beal dishes the ball off against PSLA at Fowler during boys basketball at Auburn High School. 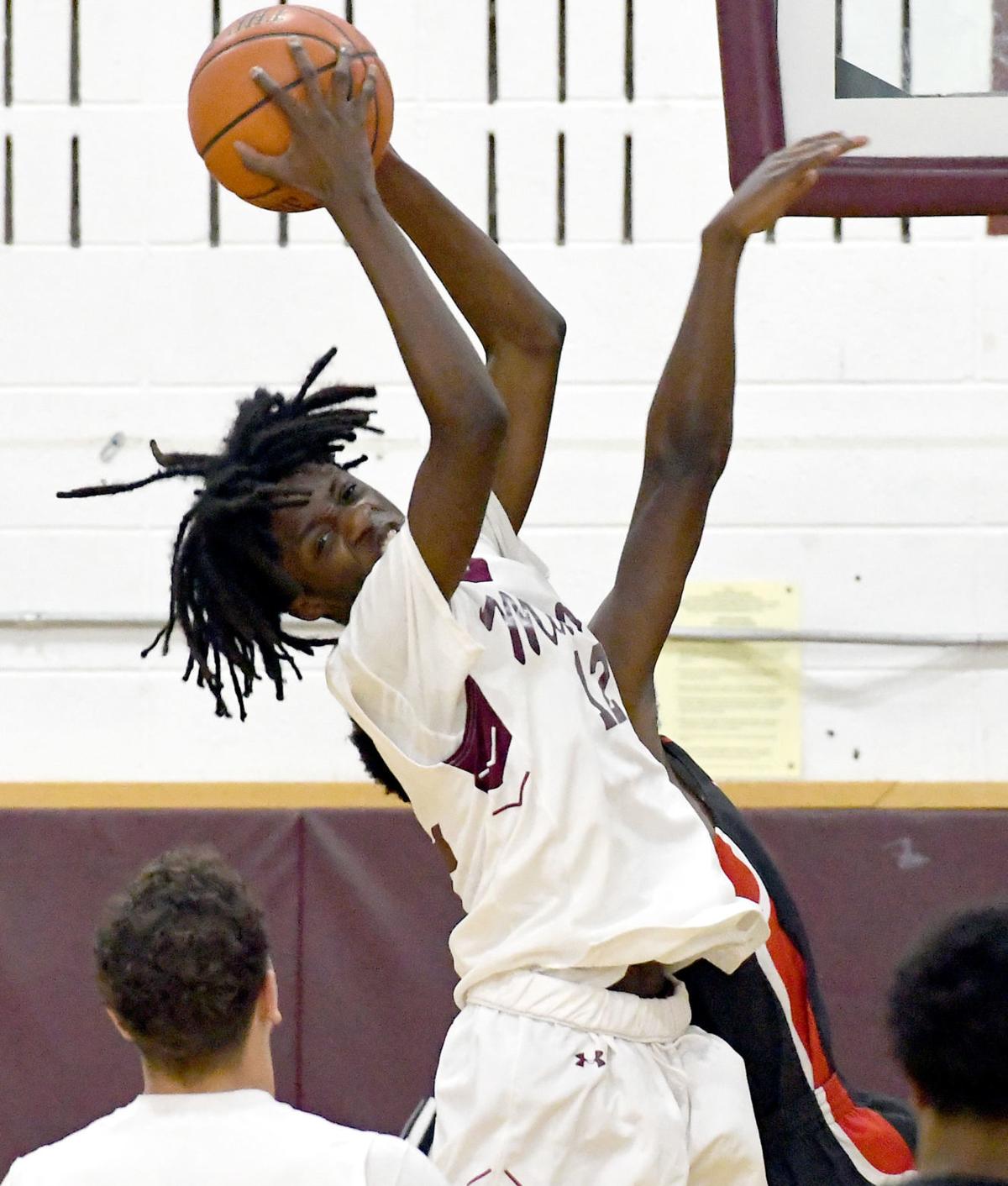 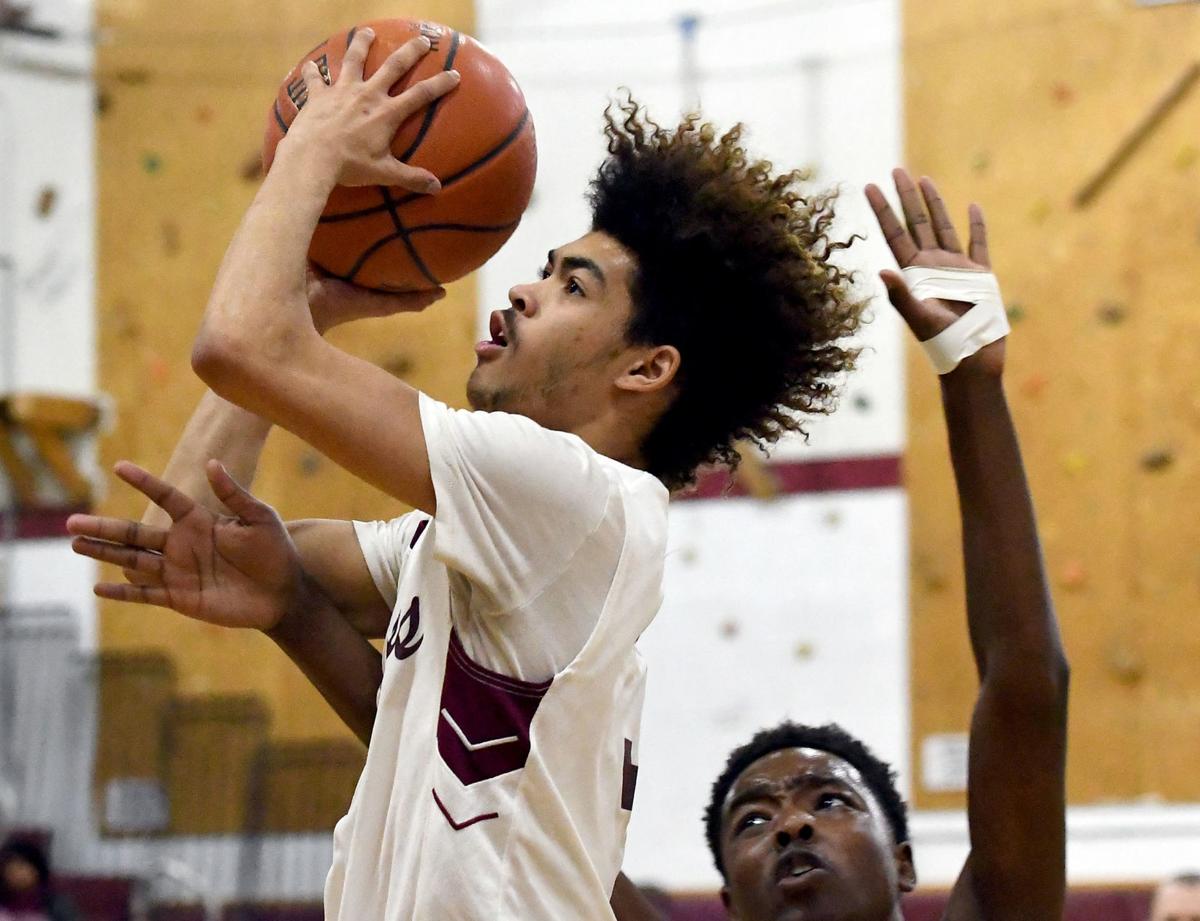 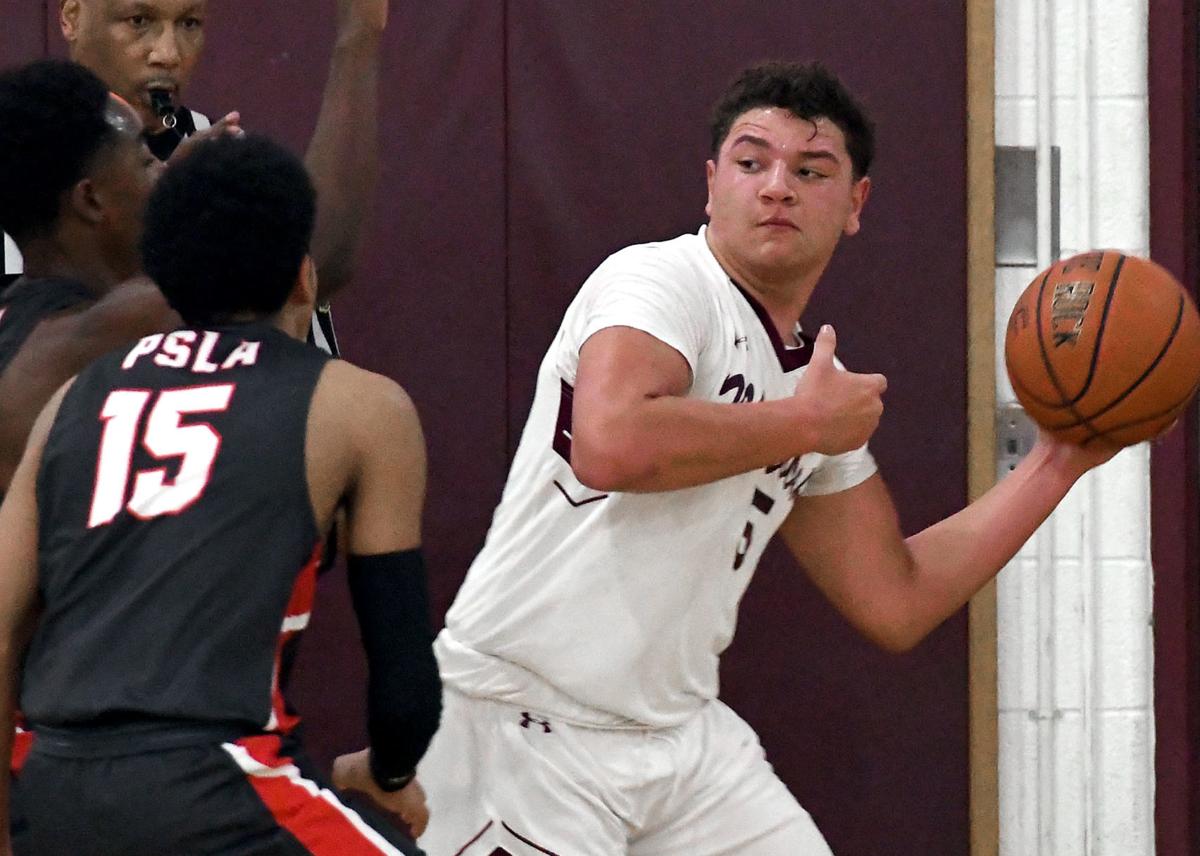 AUBURN — With such prolific passing and quick ball movement, Auburn is playing a fun brand of basketball so far this season.

The Maroons were at their best in this respect in their latest outing.

Dazzling at times, Auburn boys basketball was a step above Fowler in a 93-55 win Tuesday at Auburn High School.

As a team, the Maroons racked up 28 assists. A handful of those assists led to open looks from the perimeter, and Auburn was able to knock down seven of their 14 tries from three-point range.

"What I've been pleasantly surprised with this year is that everybody shares the ball," Auburn coach Jim Marsh said. "You can tell they really like each other. Everyone that's been on a lot of teams, you've been on teams where the ball doesn't move. It's the old, 'Give me the ball and you go to heck,' that kinda thing.

Auburn ahead 17-5 with 1:30 to go in the first quarter. Two points here from Shaheed Beal. pic.twitter.com/B9qC0nQtIp

Entering this season, Marsh knew his players would need to share the wealth offensively to be successful. Departing from last season was the program's all-time leading scorer Kaleb Cook, who also held other records including single-game scoring.

Against the Falcons, scoring was not an issue. The Maroons were well on their way to the century mark before Marsh pulled his starters to begin the fourth quarter. For the final eight minutes, Auburn was methodical with the ball, contrasting its up-tempo pace present through the first three quarters.

While Beal, Churney and Jay Baranick have often carried the scoring load this season, Edwards could be an X-factor should Auburn make a postseason run. During Marsh's tenure that dates back five years, the Maroons have been limited at times due to lack of size and lack of a consistent threat around the rim.

While Marsh thinks Edwards is actually playing out of position as a center, that doesn't mean he hasn't been effective.

"He's a tremendous shot blocker. He's doing a great job this year of learning where to go, where to get in the gaps of the zone, what he can do and what he can't do" Marsh said. "For us he's gotta be the (center) because he's all we have. His finishing down low has really improved since last year. I think next year as a junior, the sky's the limit for him."

After advancing to the Section III Class A quarterfinals last year, the Maroons are back in Class AA this season after a very slight increase in school enrollment — less than 10 students more. That hasn't stopped Auburn from reaching 9-3 on the season, and with that record is an honorable mention in the latest Class AA state rankings.

Auburn will be a tough out once sectionals arrive, but Marsh isn't focused on that just yet. The Maroons are in a dogfight with East Syracuse Minoa for the SCAC Empire conference lead.

At the moment, ESM sits at 5-0 in the conference while Auburn is 4-1, with the Maroons' only loss coming to the Spartans. Also at 4-1 is Jamesville-DeWitt.

Auburn plays both teams within the next week, starting with the Red Rams on Friday.

"We're looking down the barrel of the gun the next two games," Marsh said. "Those two games are gonna decide the league title for us. It's a tight race with the three of us. Every game is a league title game, because if you lose one you're out. We have to take care of business against the other teams in the league too."

SKANEATELES — It looked bleak for Skaneateles boys basketball with 38 seconds left when Cazenovia, already up by two, came up with an offensiv…

Weedsport girls basketball went into halftime with a tie, but broke that tie in the third quarter en route to a 65-60 win over Waterville on T…

In a groove as sectionals approaches, Weedsport swimming defeated Pulaski on Friday.

In a meeting between two state-ranked Class C teams, Weedsport pulled away in the second half to defeat Onondaga Friday night.

Auburn wrestler Luca Pirozzolo was recognized Wednesday for setting the program record for career wins back in December.

Auburn football's Owen Spearing, Shaheed Beal and Troy Churney were named to the Class A all-state team, it was announced Wednesday.

Twelve different players scored at least a point for Weedsport boys basketball in an 82-35 win over Tully on Wednesday.

Auburn's Shaheed Beal dishes the ball off against PSLA at Fowler during boys basketball at Auburn High School.