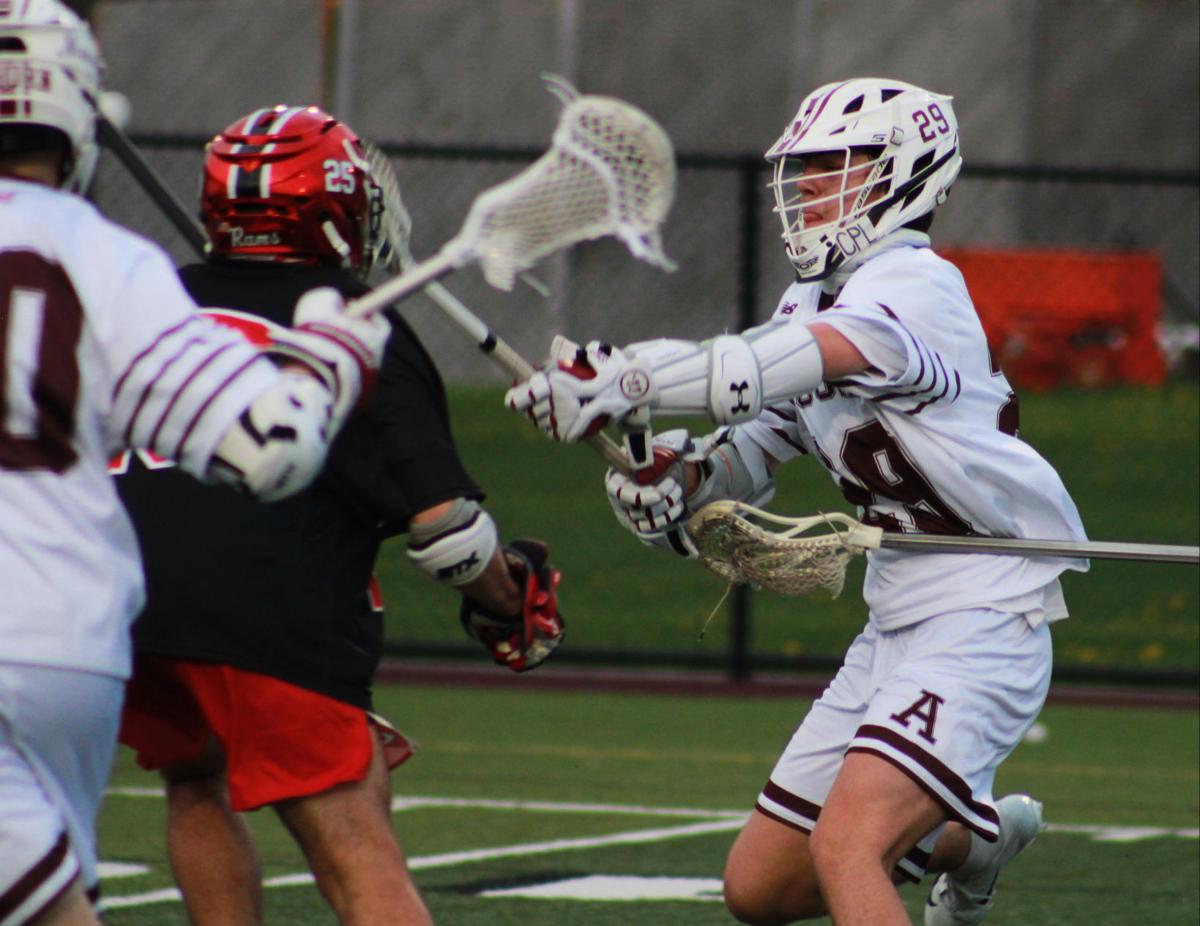 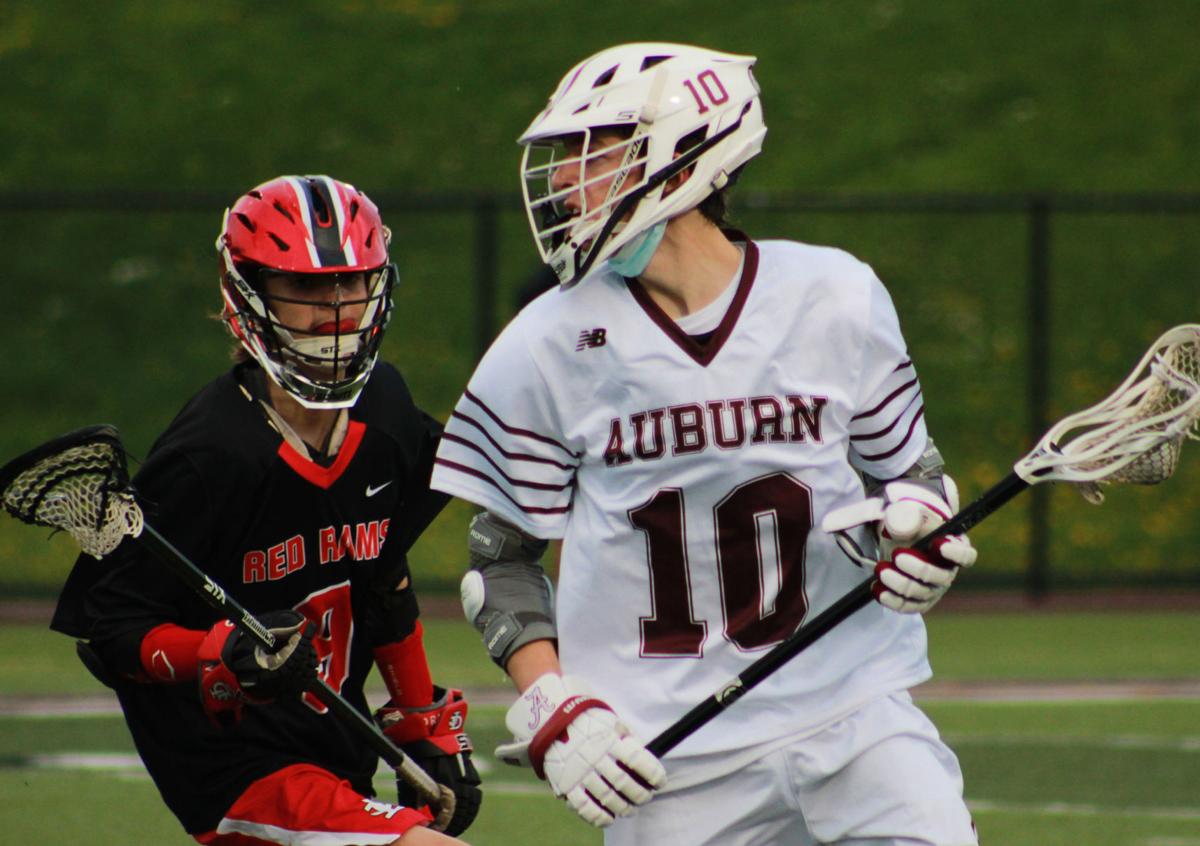 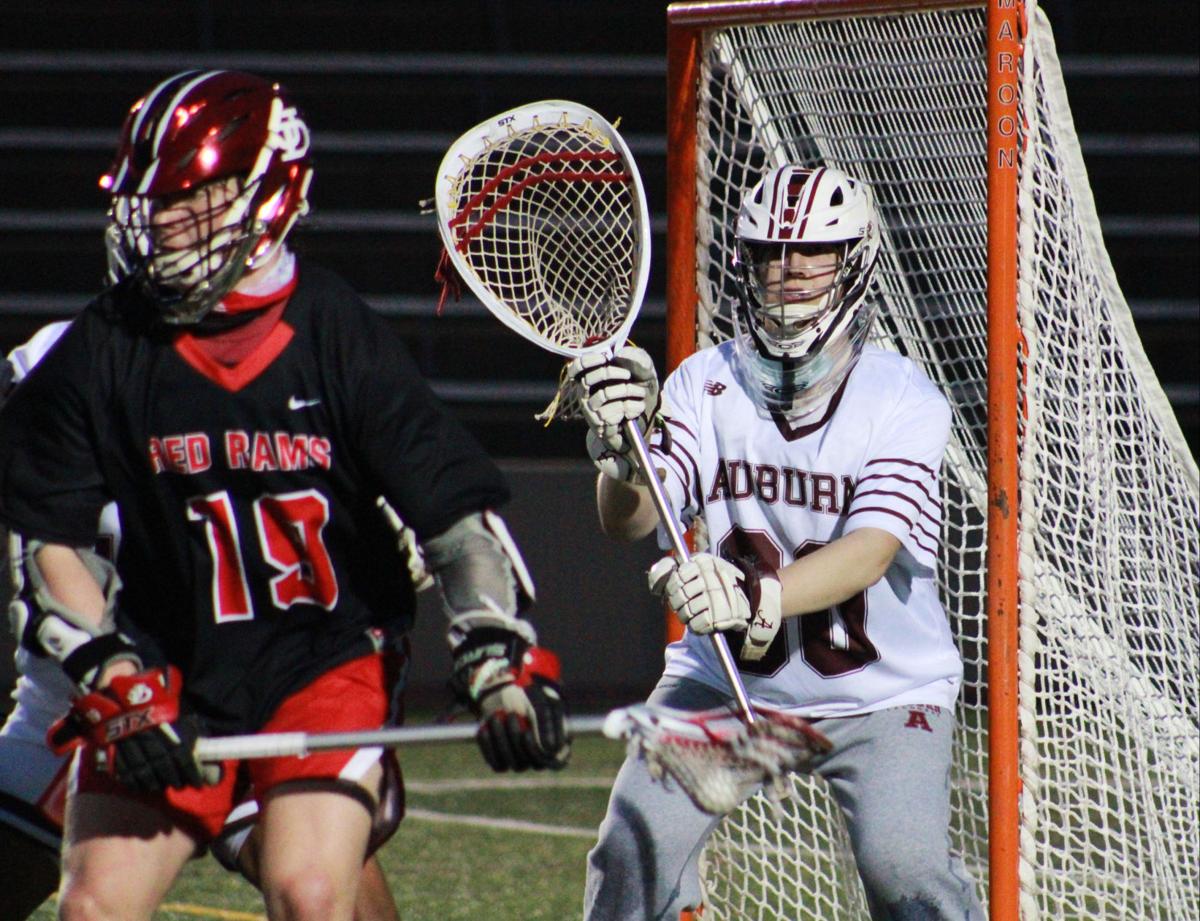 Facing 2019's Class C state runner-up Jamesville-DeWitt, the Maroons committed a few too many gaffes that propelled the Red Rams to a 16-6 win Tuesday at Holland Stadium.

Auburn was in lock step with J-D for a moment in the second quarter when the score was even at 3-3, and the deficit was a manageable three goals at halftime.

J-D held the Maroons to a single goal in the second half, however, while scoring eight of its own.

"I loved our effort throughout the game. These guys came out to play and we grinded for four quarters," Auburn coach Matt Smith said. "What I didn't like was the unforced errors. We've gotta fix that, both on offense and defense. We're a young group and we're immature lacrosse-wise.

"There was some growth, but we've gotta clean up those unforced errors.

Auburn, trailing early, caught a break in the opening quarter when Jamesville-DeWitt goalie Jamison MacLachlan was called for a slash. The rules do not allow another player to serve a goalie's penalty, which forced MacLachlan to briefly exit the game while the Maroons went on the man advantage.

Christian Hogan quickly took advantage, scoring his first from about 20 yards out. Hogan added another first quarter goal, and Colin Tardif followed with a tally moments into the second quarter to even the score 3-3.

Auburn couldn't sustain that momentum, however, as J-D scored the next two goals to force Smith into taking a timeout. Zach Crosby and Trey Masters each netted goals prior to halftime to keep the Maroons within striking distance, down 8-5.

It began to unravel for Auburn in the third quarter. The Maroons were hemmed in their own side of the field for the first 2:40 of the third quarter, unable to gain possession and escape. A couple crucial saves from Jackson Siddall kept the Red Rams, temporarily, off the board. Finally able to clear, the ball found its way to Ty Hlywa who scored Auburn's six goal of the night.

That was the final time the Maroons solved J-D's defense. The Red Rams scored the game's next eight goals to snuff out Auburn's comeback attempt.

Far too often for Smith's liking, the offense in an effort to regroup in a possession would put the ball on the ground. More often than not, J-D would scoop it up and transition the other way.

Smith hopes the game of hot potato will end with more practice time.

"You show the kids on film and rep it in practice, and you just turn the page," Smith said. "We have no time to lick our wounds with three-game weeks. Our younger guys are going to continue to get better, and we're going to look forward to our next practice and winning that practice."

Studying their own film will be a crucial component to success this season. In past seasons, Auburn's coaching staff would gather film of upcoming opponents and break down with the team a potential game plan.

Teams in New York state have not played in nearly two years though, as the spring 2020 season was canceled due to COVID-19. The absence of an entire season has left a lot of unknown, including with Smith's own team.

Part of the challenge too, as Smith put it, was pulling kids out of "the COVID coma."

"We have kids that have never played JV. It's their first game since modified," Smith said. "It's getting kids acclimated to the speed of the game. These kids have worked hard. We've been going since last May and we've kept these kids busy. If we didn't do that, believe it or not, things would be even worse."

Correcting mistakes and getting his players back into lacrosse shape beats the alternative: Not playing at all. Smith has also noticed an uptick in positive attitudes, especially compared to the mindset of student-athletes a year ago.

"It's growing and getting better and better," he said. "We just need to keep pushing. If we keep giving kids opportunities, I think they're gonna take it."

Cayuga Community College's baseball team mounted a furious comeback in attempt to keep its season alive, but fell one run short in a playoff l…

Avrey Colton went 3-for-4 with three RBIs to guide Southern Cayuga softball to a 17-11 win over Moravia on Monday.

Weedsport baseball scored three runs in the first inning and another in the second en route to a 4-0 shutout win against Port Byron on Wednesday.

Four players had multi-hit games for Moravia baseball as the Blue Devils dispatched of Newfield 14-2 on Tuesday.

The Moravia baseball team got off to an early 6-0 lead, then held off Union Springs for a 7-5 win on Friday.

A trio of Maroons pitchers hurled a two-hitter as the Auburn High School baseball team beat Fulton 5-0 on Thursday.

Local Roundup: Auburn girls lacrosse too much for Jamesville-DeWitt

Auburn girls lacrosse opened its season on Tuesday at Jamesville-DeWitt, with the Maroons picking up a 20-7 victory.

Auburn varsity baseball opened its season on Monday with a 6-4 victory over East Syracuse Minoa. The Maroons totaled 11 hits and held the Spar…

Parker McBride had the game-winning hit as Weedsport baseball defeated Pulaski 6-5 in extra innings on Wednesday.