Puck drops were expected this week, but a contract dispute between Section III and its referees has the 2022-23 hockey season temporarily on ice.

According to sources familiar with the situation, Section III has denied a request from central New York's chapter of ice hockey officials for increased per-game pay for the upcoming season.

Section III and central New York's hockey officials had a previous agreement, coinciding with a rulebook change increasing period length from 15 to 17 minutes, that paid the referees $102 per game.

Prior to the 2022-23 academic year, Section III and its Officials Board agreed on a new contract for per-game pay that applies to most sports offered by the section. Officials in sports such as baseball, basketball, football and lacrosse would be paid $96 per game, and see an increase of $2 per year through the life of the deal, concluding with $102 per game in 2025-26.

The increase in per-game pay did not apply to hockey officials, who now argue they were also due for a raise.

According to syracuse.com, about 55 of 65 officials in the central New York region are currently considered "inactive" with regular season games scheduled to begin this week.

In a statement released on Monday, Section III Executive Director John Rathbun said the section "cannot cave to such an unreasonable demand" but remains "hopeful and optimistic" for a resolution.

"Section III strong believes that a contract, and someone's word, is worth something," Rathbun said in his statement. "That is precisely what we expect from our coaches and student-athletes, and frankly, what we should be able to expect from our officials' organizations. While the Section understands that the ice hockey officials are displeased with the outcome of contract negotiations and/or the efforts of their duly authorized representatives, there is no question that the agreed-upon negotiation process was followed and was conducted in good faith. As a result, the contract should be honored by both sides.

"The ice hockey officials' group feels that the Section should be forced to negotiate a new contract before the ink dries on the existing contract."

It's unclear which games will be affected by the lack of available officials. A scheduled scrimmage between Skaneateles and Ithaca for Tuesday evening, according to the Lakers' team schedules, was not postponed. Nor was a regular season contest Tuesday night between Oswego and West Genesee.

Auburn hockey is scheduled to scrimmage Syracuse City on Wednesday afternoon, and then opens the regular season next Tuesday against Ithaca.

This is not the first time 17-minute periods and the associated pay scale has caused a stir among hockey officials.

The NYSPHSAA first approved of 17-minute periods (versus the previous 15-minute period length) in 2017, and the new format went into effect for the 2018-19 regular season.

Citing the increased workload, hockey officials filed a grievance at the state level and requested a 13% increase in pay for ensuing state tournament games. After their offer of a 7% increase was denied, the NYSPHSAA reverted to 15-minute periods for the 2019 state tournament instead of granting the officials' request. 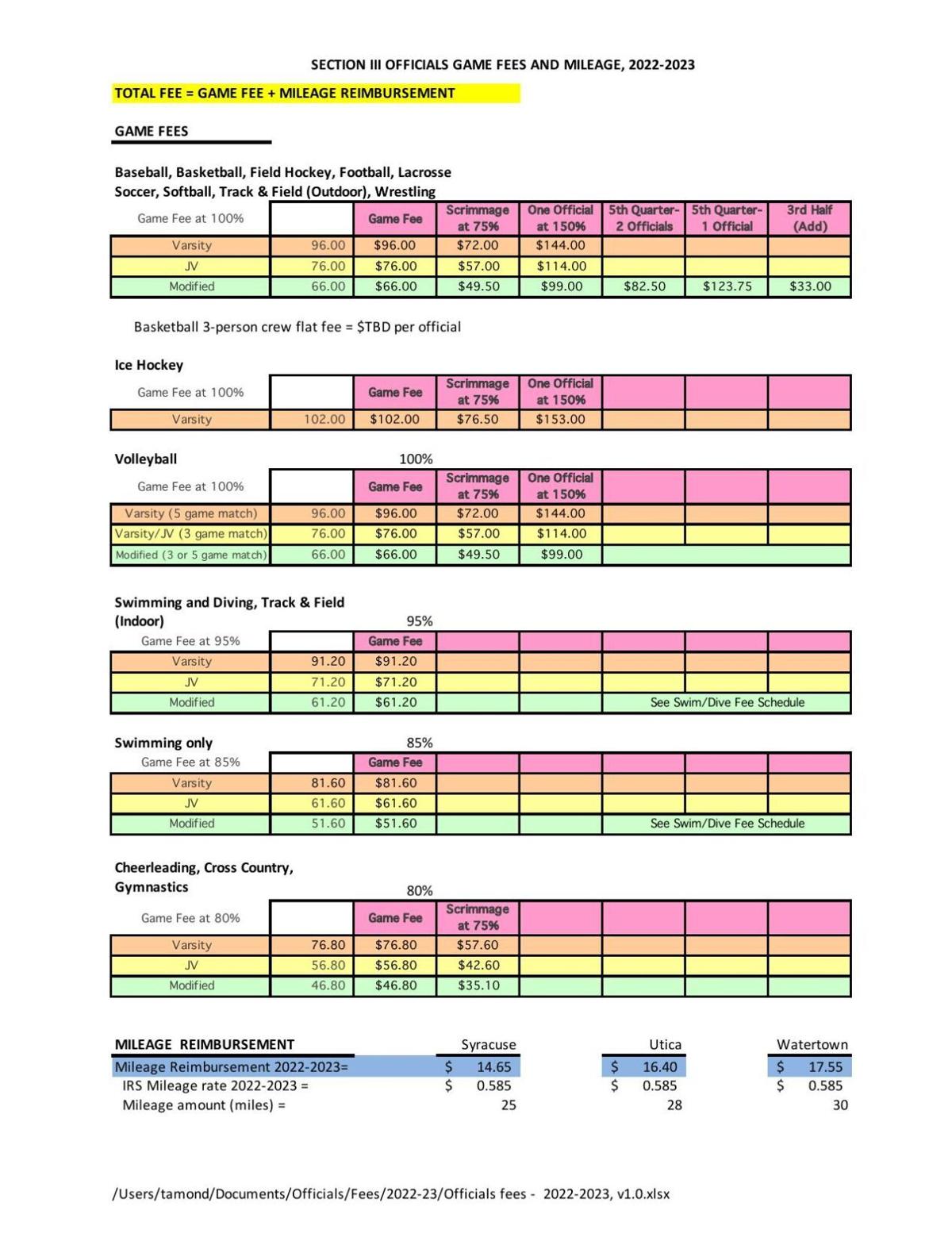 Kailey Kalet is believed to be the first Union Springs basketball player to commit to a Division I program. She'll head to Loyola University Maryland next fall.

Several Skaneateles girls swimmers began their pursuit of state-wide excellence, as the Lakers competed in the opening day of the NYSPHSAA cha…

Bryce David scored the eventual game-winning goal on a penalty kick in the first half, as Southern Cayuga boys soccer defeated Fabius-Pompey 1-0 in the New York state quarterfinals on Saturday.

Ever wondered how much money one wins at the FIFA World Cup?

Ever wondered how much money one wins at the FIFA World Cup?