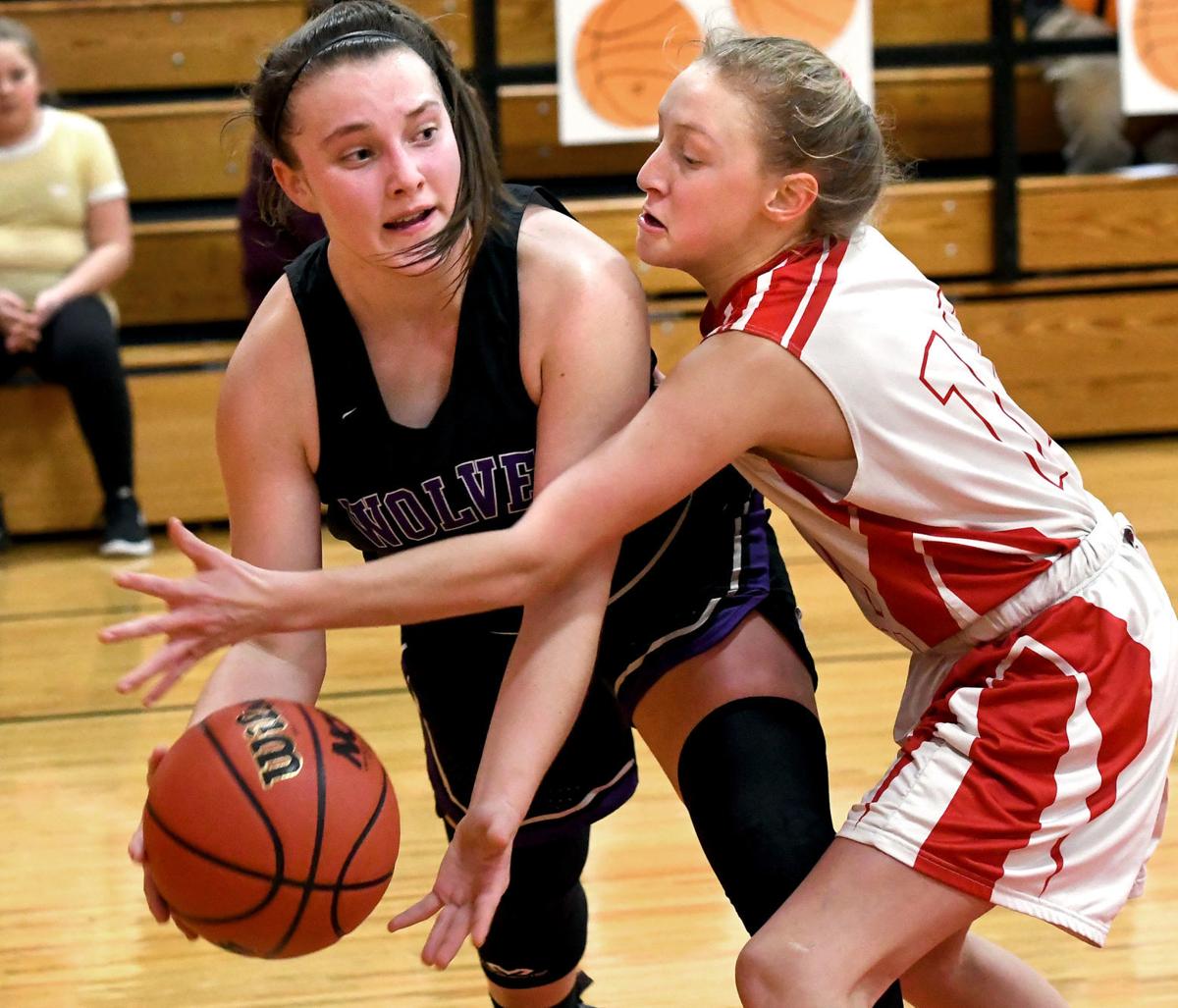 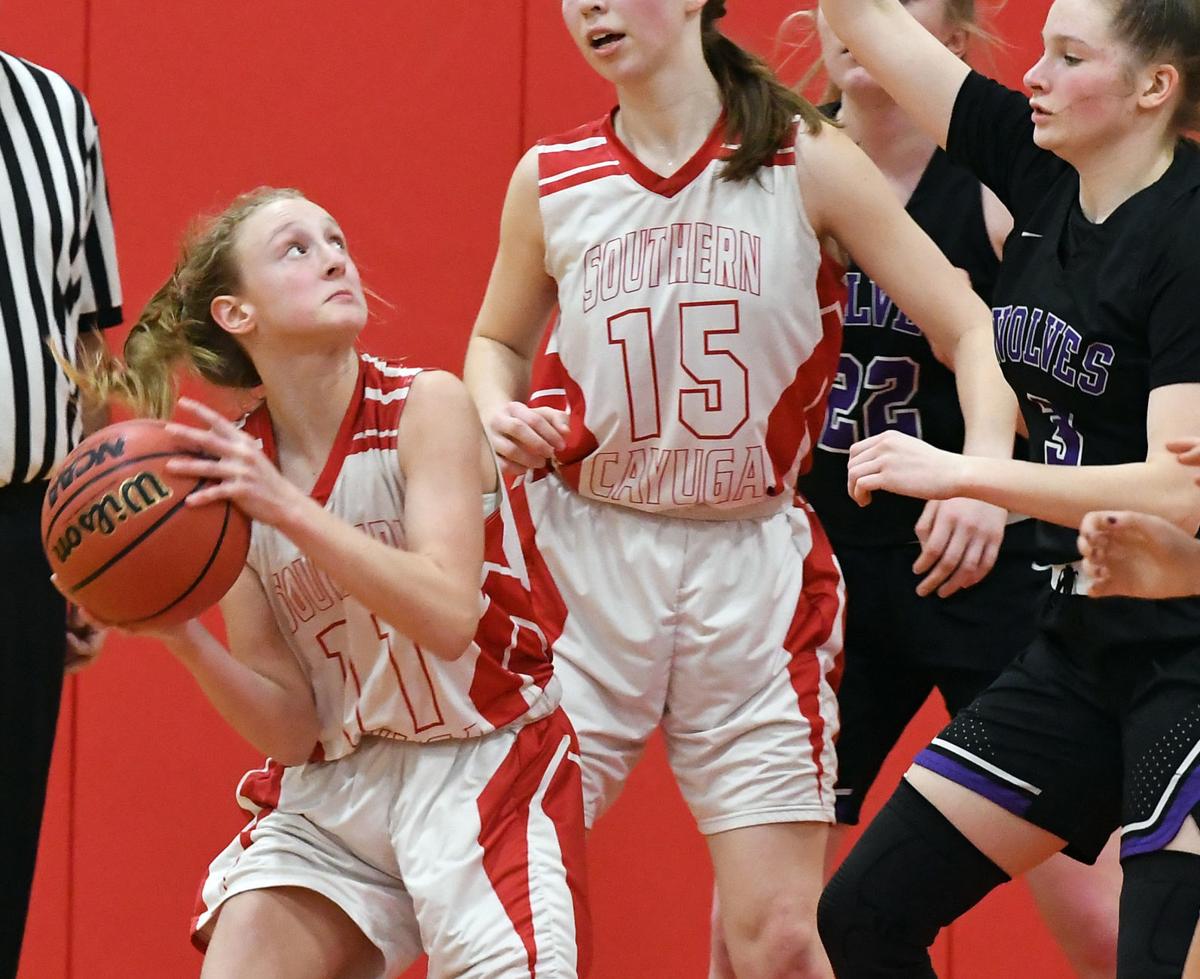 POPLAR RIDGE — Union Springs girls basketball has long since qualified for sectionals, and the IAC North Small division was clinched weeks ago.

So as the regular season nears its end, the Wolves are focused on maintaining their level of play heading into the postseason.

The Wolves leaned on a balanced scoring attack, something coach Andy Kalet says has been a constant this season. Kailey Kalet led the way with 16 points, Renee Park finished with 14 points, Payton Gilbert scored 11 points, and Danielle Waldron chipped in with eight.

"We continue to do a nice job spreading things out. It's team wins every night," coach Kalet said. "If somebody's having an off night, we've always had someone else step up."

While the offense did its job, the defense was suffocating in both the first and third quarters, holding Southern Cayuga to two points in both frames. If not for a put-back at the buzzer by the Chiefs' Bridget Davis, the Wolves would've posted a shutout in those first eight minutes.

Behind 16-2 after the first, Southern Cayuga crept back into it by halftime, trailing by only 10. But another strong defensive third by the Wolves, who again held the Chiefs to two points in a quarter, ensured there'd be no comeback.

"Honestly I thought we've been a little sloppy defensively the last few games. We needed to do a better job in our man-to-man ... and staying focused throughout the entire possession," Kalet said. "I thought we did a much better job on that. We've been putting an emphasis on that and I thought we did a nice job in the first quarter and that third quarter."

The loss eliminates the Chiefs, who needed wins in all three of their remaining games, from sectional contention. Southern Cayuga plays each of the next two nights, hosting Groton and Cato-Meridian.

Union Springs still has plenty to play for. The Wolves (14-3) will face Lansing Friday before traveling to Dryden on Saturday, hoping to tack on a few more wins to improve sectional seeding. Then on Thursday, Feb. 20, Union Springs will take on unbeaten Newfield for the IAC Small School title.

"I can tell you 2003 is the last time we won the division, and the only time," Kalet said. "I'm proud of them. They're doing well and have been working hard for it."

Auburn wrestling teammates Keyshin Cooper and Luca Pirozzolo both came away with titles at the Section III championships on Saturday.