Watch now: Biden and Trump face off in their final debate 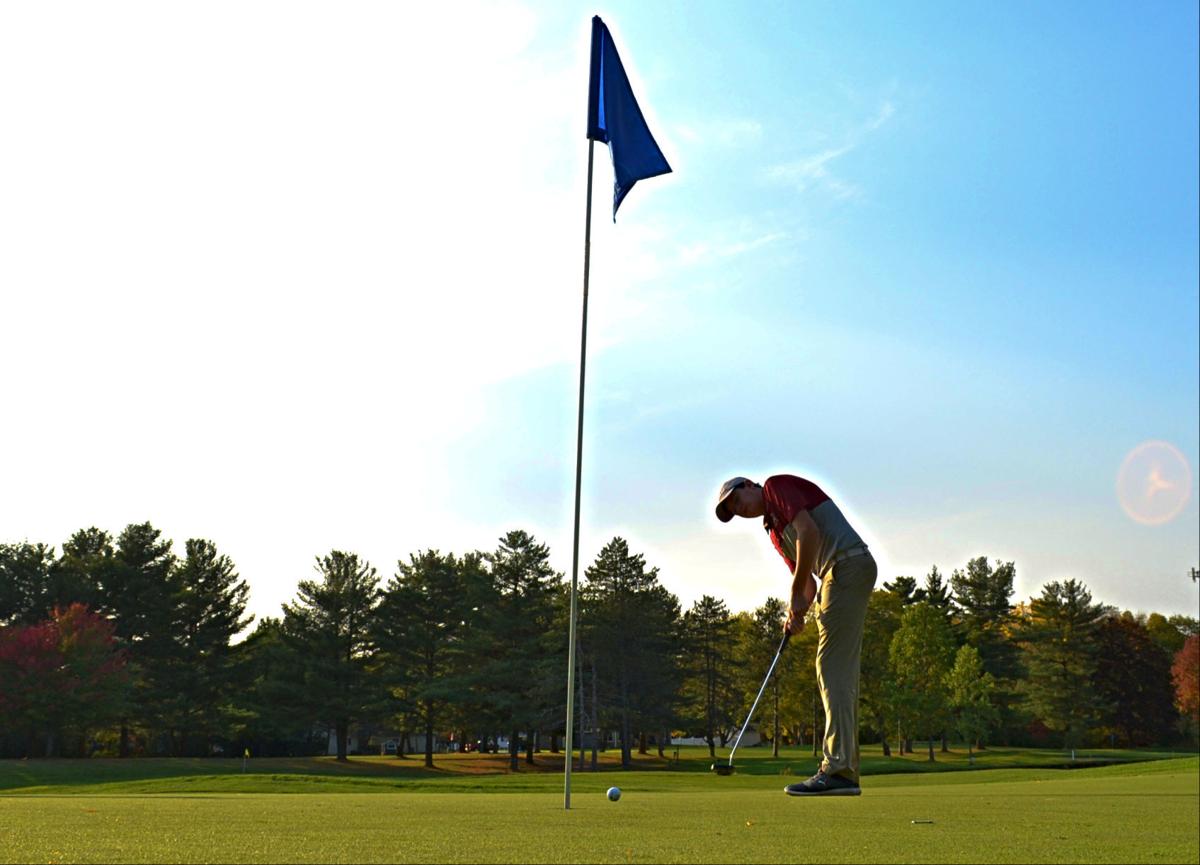 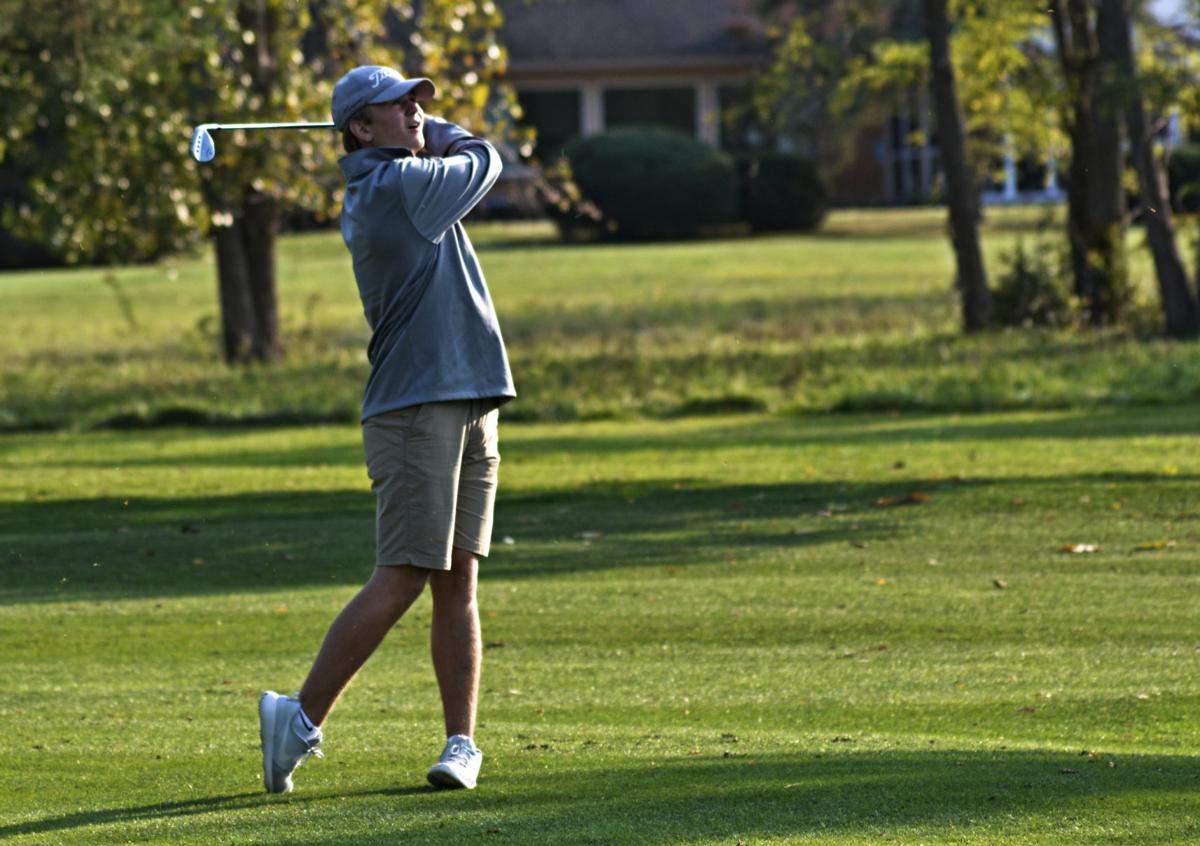 Auburn's Colin Tardif hits from the fairway on the fifth hole at Highland Park Golf Course Friday against Central Square. 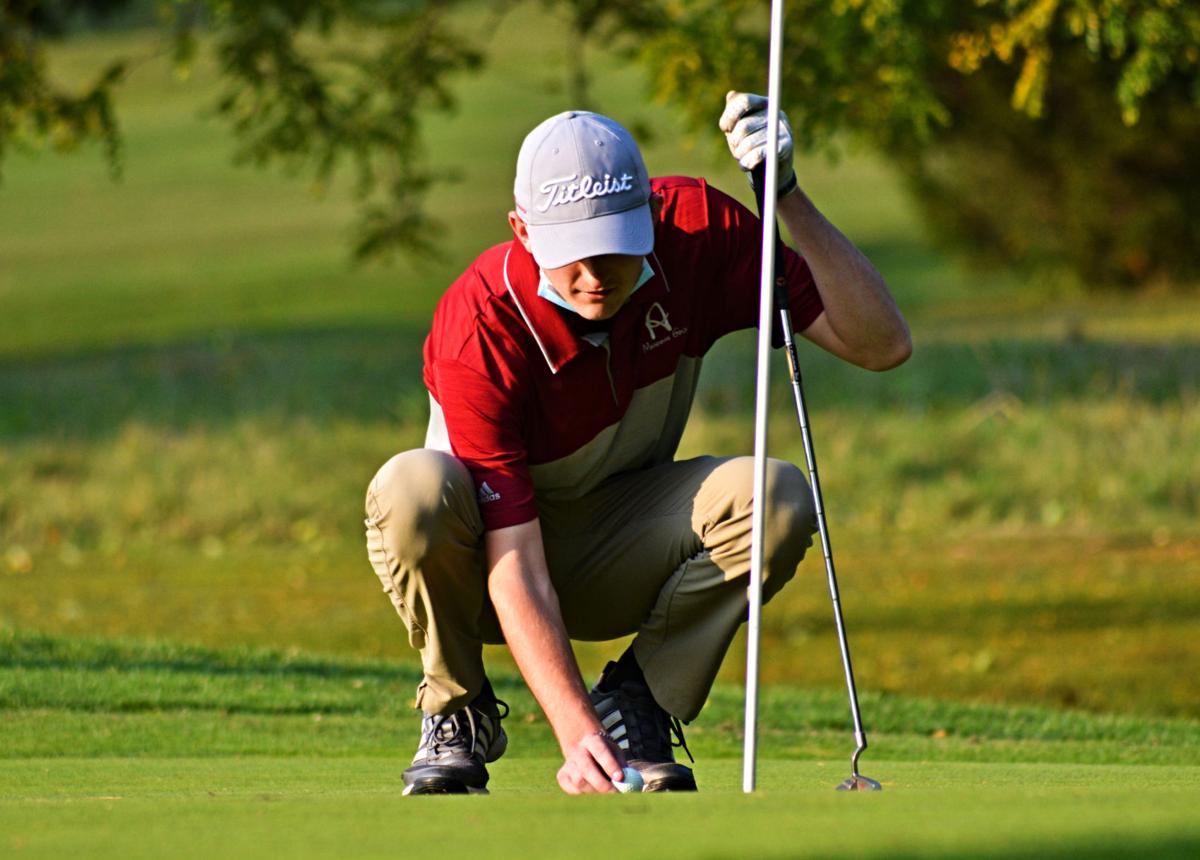 Auburn's Will Coleman lines up his putt at Highland Park Golf Course against Central Square Friday. 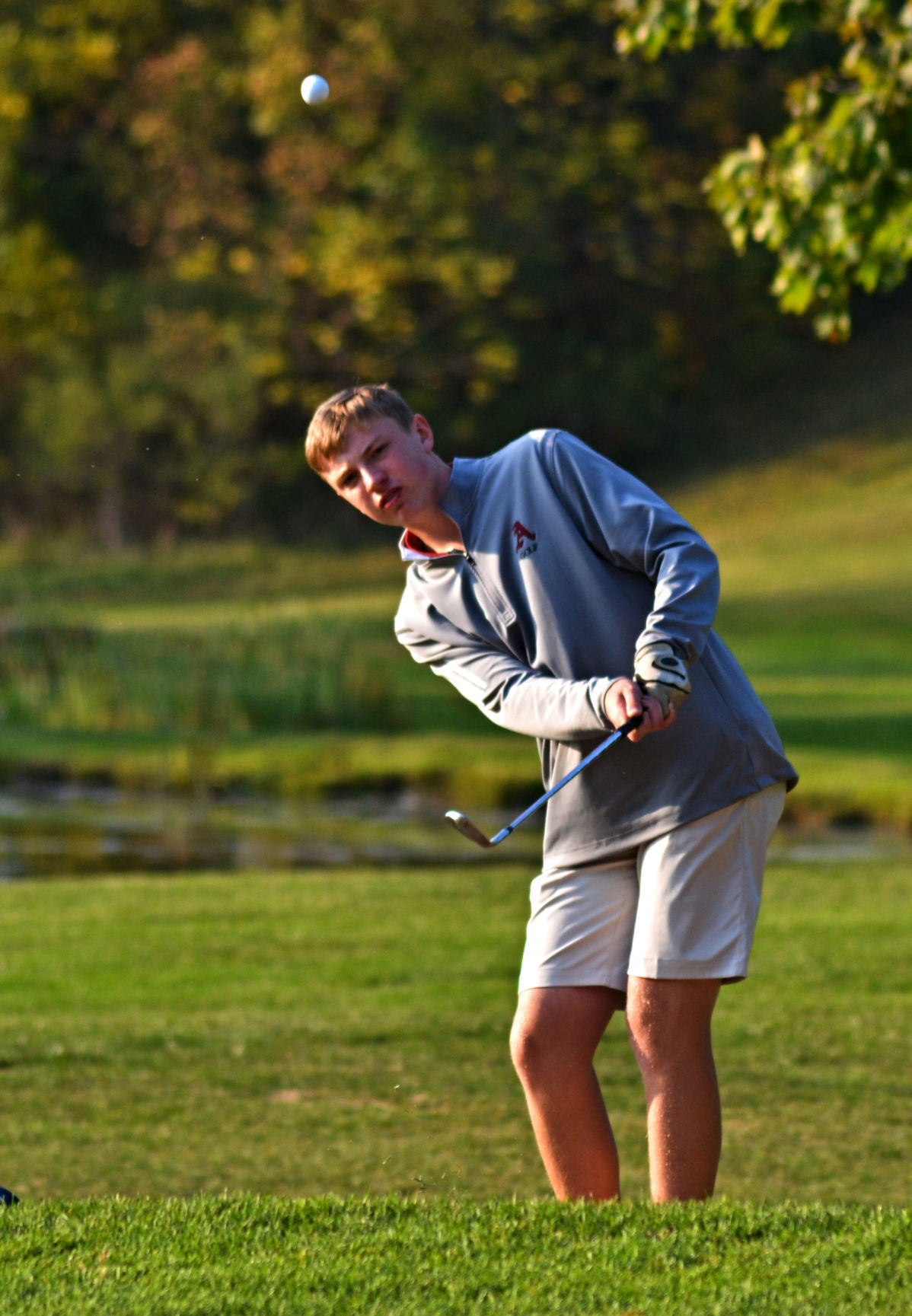 Auburn's Carter Mizro chips onto the green during a match against Central Square Friday at Highland Park Golf Course. 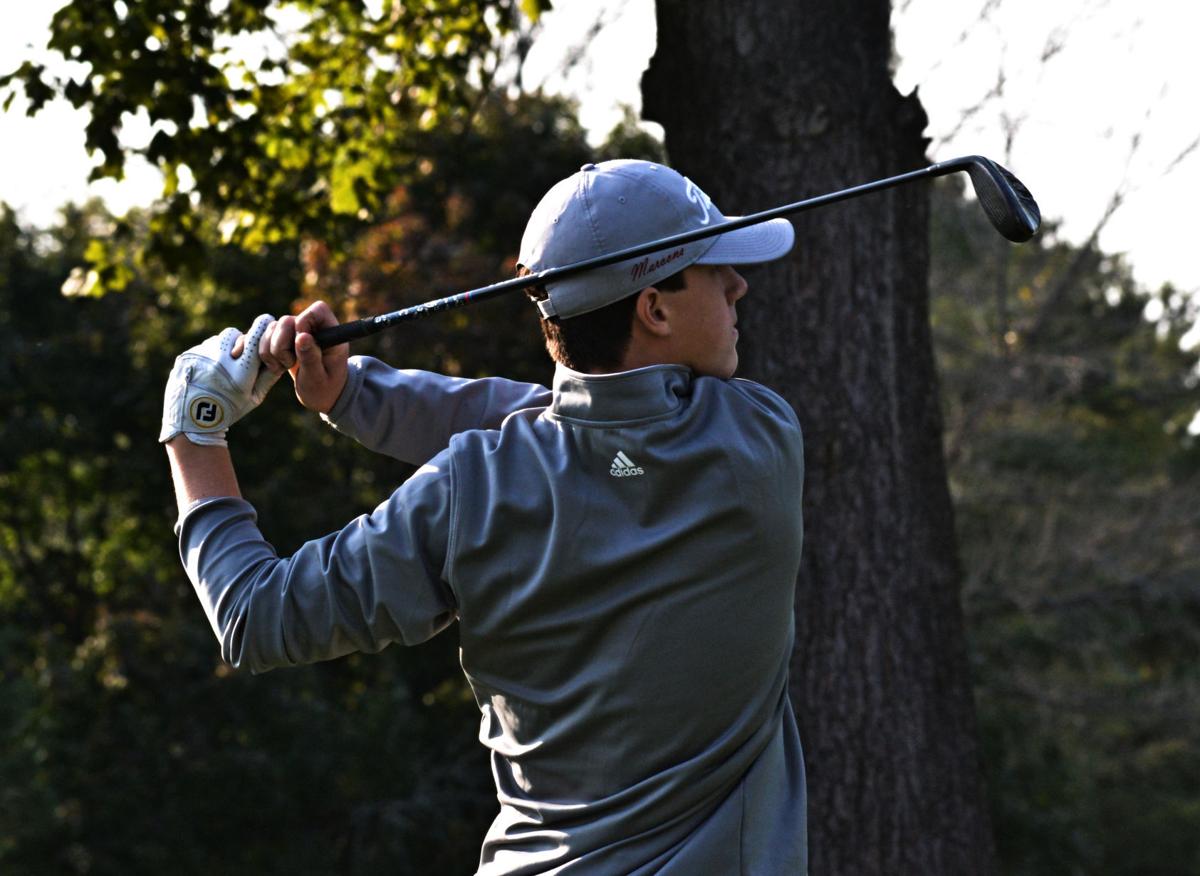 AUBURN — In a normal year as mid-October approaches, the Auburn boys golf team would be playing its final matches before sectionals.

Not this year. Mid-October is still early in the season in 2020. On Friday, in only their third match of the season, the Maroons defeated Central Square 212-285 at Highland Park Golf Course.

Christian Hogan was Auburn's medalist, scoring a 39 on the front nine at Highland Park. His partner on the second pairing, Carter Mizro, scored a 43.

The Maroons' first pair of Jack Leader and Colin Tardif scored a 42 and a 45, respectively.

Like many high school programs forging ahead with interscholastic sports this fall, the Maroons are simply happy to be on the links, even if there won't be sectional competition in the fall and possibly no state tournament in the spring. Since March, COVID-19 has hovered like a dark cloud over high school sports, but Auburn is one of central New York's school districts that felt interscholastics could still be played while schools attempt to reopen safely.

"It's good to be out. We're about four or five weeks past our normal starting point," Auburn coach Steve Franchina said after the round. "This season is not like the others from a competitive standpoint. It just has a different feel to it, but it's good to get the seniors out and give them the five or six weeks that we have. It's good to be back."

Many high school sports have been unable to hit the ground running this fall because student-athletes were all on different wavelengths in terms of offseason conditioning. In theory golf should be the exception -- the game was banned in New York for a brief 10-day stretch in April -- at the high school level not all players are regulars on the golf course year-round.

"You can tell those that don't golf in the summer. They can get around, but it's typically the kids that shoot in the 50s," Franchina said. "My better players, the top three or four, are always practice or always playing. You can tell some of them are back and happy to be here. For the most part, your better players will be golf-ready. The other, you can tell, just wait for the season to start."

Floating around the first nine holes, Franchina said the best shots he saw Friday were from Hogan and Leader. On Hole 3, Hogan got stuck on the right side of the cart path and had a tough shot to the pin, but ended up two-putting for a par. Leader's first shot on Hole 8 was also a highlight.

Hole 6 gave almost every player from both Auburn and Central Square difficulty on Friday. A par 3, Hole 6 has a creek right in front the tees and a line of trees that sit behind the green. Even a good shot off the tee is no guarantee to secure a good score because the fast greens present a challenge for chips and putts.

"That can be a tough par 3," Franchina said. "Some kids actually put the ball in good spots, but reading the putt and then knowing what the putt does ... if they miss too high it's gonna run away and they're looking at another putt. That's one of the hardest things up here. When teams come here, these greens give them fits. It's a huge advantage for us."

Auburn (2-1) next plays at Oswego Tuesday in a make-up that was supposed to be played this past Wednesday. After that, the Maroons will participate in a tournament with Jamesville-DeWitt and Cortland at Green Lakes State Park.

WEEDSPORT — If the field was a weighted scale, it might've been tipped toward Weedsport's end in Auburn's favor.

After a positive COVID-19 test from a student who "is active in school life and co-curricular activities," the Jordan-Elbridge Central School …

An effort to move up the upcoming Fall II schedule was voted down Wednesday at the NYSPHSAA Executive Committee meeting.

The Auburn High cross country teams swept a meet against Weedsport on Saturday.

Chiefs, Edwards-Helaire run away with 26-17 win over Bills

The Auburn cross country teams are perfect no more.

A year ago, Hugh Freeze was relegated to a hospital bed to coach his first game at Liberty and watched his Flames get steamrolled at home by N…

ORCHARD PARK — Josh Allen doesn't know if he can throw a football farther than Patrick Mahomes, but he's eager to find out.

Skaneateles boys golf continued a dominant run on the links, improving to 7-1 this season with a 223-278 win over Chittenango Friday.

Auburn's Colin Tardif hits from the fairway on the fifth hole at Highland Park Golf Course Friday against Central Square.

Auburn's Will Coleman lines up his putt at Highland Park Golf Course against Central Square Friday.

Auburn's Carter Mizro chips onto the green during a match against Central Square Friday at Highland Park Golf Course.