Auburn's Nicholas Pipher takes a shot against Cortland during a boys lacrosse game at Holland Stadium on Thursday. 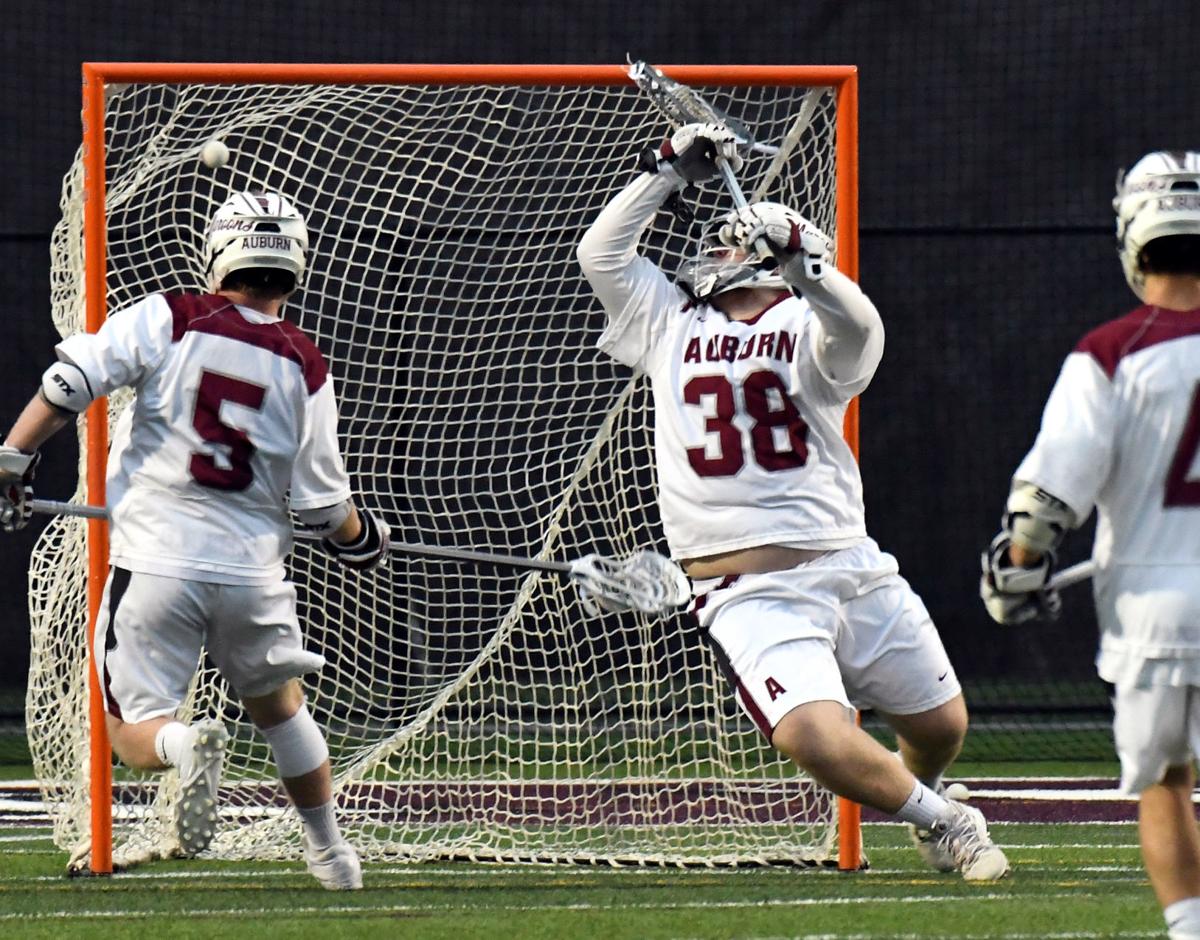 Auburn goalie Aiden Tardif tries to stop a shot by Cortland during a boys lacrosse game at Holland Stadium on Thursday. 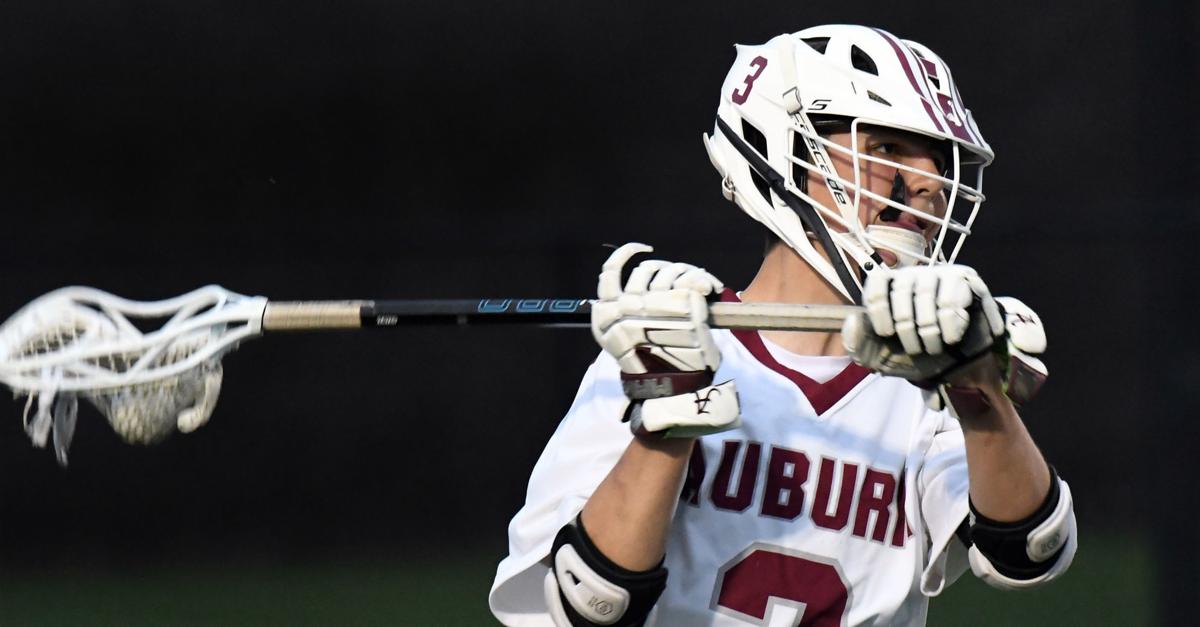 Auburn's Griffin Dautrich passes the ball against Cortland during a boys lacrosse game at Holland Stadium on Thursday. 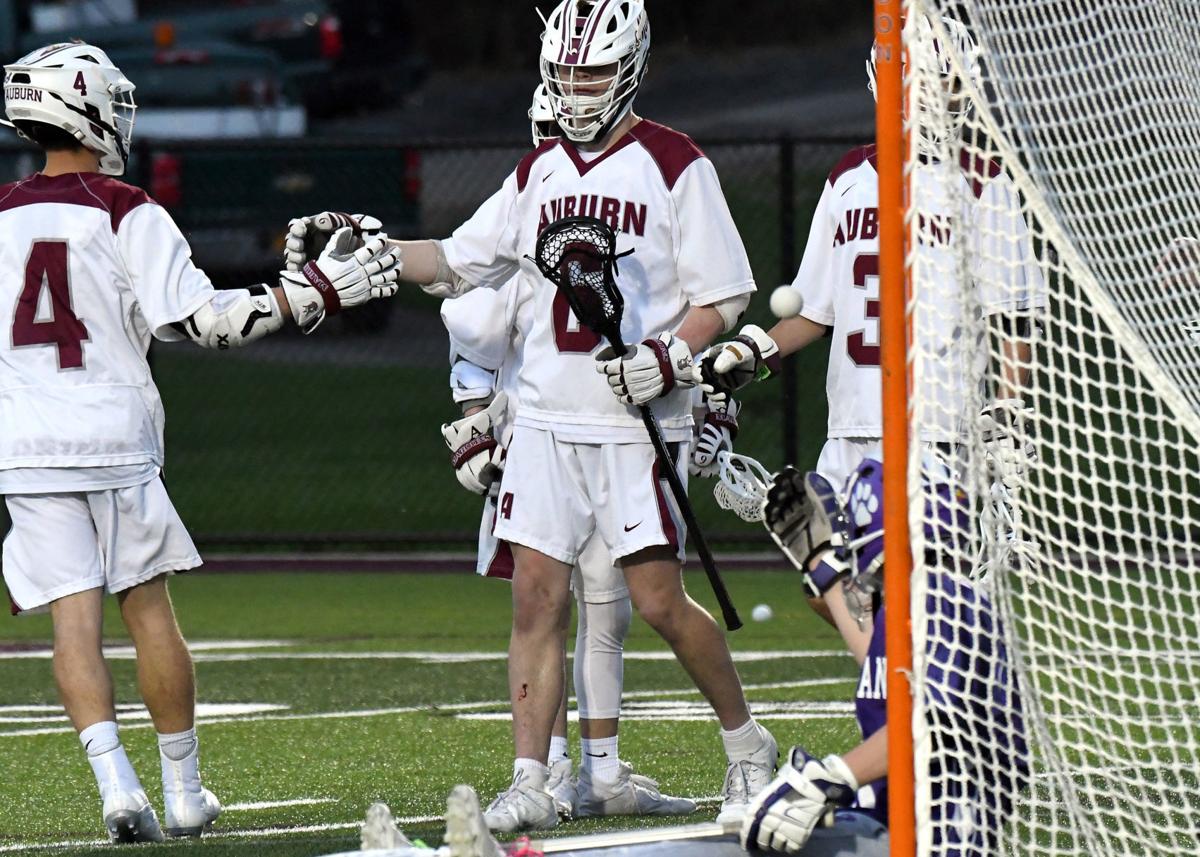 Auburn's Lucas Hogan, center, is congratulated by teammate Joseph Leoniti after scoring against Cortland in boys lacrosse at Holland Stadium.

AUBURN — Coming off a tough loss at Westhill on Tuesday, Auburn boys lacrosse knew it needed a better effort the next time out.

The Maroons responded with their best effort of the season thus far.

Behind an efficient offense and stingy defense, Auburn dispatched Cortland 13-4 Thursday at Holland Stadium for the Maroons' fifth win of the season. It was the second time this season that Auburn held an opponent to four goals or less, the other instance coming in the first game of the year which was also against the Tigers.

"That's probably our most complete game of the season and we needed that after the Westhill game," Auburn coach Matt Smith said. "Our players knew that we did not play disciplined lacrosse against Westhill and they owned up to it. They came out tonight and played four solid quarters.

"I was very pleased that there wasn't one penalty, and that's an area we've been struggling with."

Griffin Dautrich was Auburn's leading scorer with three goals along with an assist, while Greg Walsh scored twice and dished out three assists. Nick Schattinger and Lucas Hogan (two assists) also scored twice. Joey Leonti, James Grimes, Colin Tardif and Connor Mahunik rounded out the scoring with one each. Mahunik's goal was the first of his varsity career.

While the Maroons' offense was dangerous, the defense was suffocating. Cortland didn't record a shot on goal until there were less than five minutes to go in the first half. By that time Auburn was already ahead 6-0.

The Maroons entered halftime with a 6-1 lead and built that to 9-2 by the end of the third quarter before closing it out with four goals in the fourth.

"Very positive for our defense," Smith said. "We worked on the small things throughout practice on Wednesday. We played a complete defensive game and needed it going into a very tough B'ville game on Saturday."

Auburn's defenders were also not shy about leading the rush up the field. Grimes, despite owning one of the long sticks, went coast to coast and scored his first of the season early in the fourth quarter. He wasn't the only one — Ross Burgmaster knifed through the Tigers' defense a few times, nearly tacking on his fifth goal of the year, a high number for someone on defense.

"We tell our long poles we want them to push it when they have the ball," Smith said. "Don't be tentative with it and be a threat. I almost called a timeout (on Grimes' goal), but we tell our poles to be aggressive. We practice them handling the ball and we want them to be able to do it in a game."

The pulse of Auburn's offense, however, came from Walsh. The senior attackman was at his best against Cortland, setting up his teammate Dautrich on a pair off cross-crease passes for goals. With three more helpers against the Tigers, Walsh increased his team lead to 17 on the season.

"Greg has turned himself into a threat over the offseason," Smith said. "His quickness — he has the ability to turn the corner and score, and is also doing a great job of finding the open man. We're so pleased with Greg and he gets the game ball tonight."

Auburn's Nicholas Pipher takes a shot against Cortland during a boys lacrosse game at Holland Stadium on Thursday.

Auburn goalie Aiden Tardif tries to stop a shot by Cortland during a boys lacrosse game at Holland Stadium on Thursday.

Auburn's Griffin Dautrich passes the ball against Cortland during a boys lacrosse game at Holland Stadium on Thursday.

Auburn's Lucas Hogan, center, is congratulated by teammate Joseph Leoniti after scoring against Cortland in boys lacrosse at Holland Stadium.