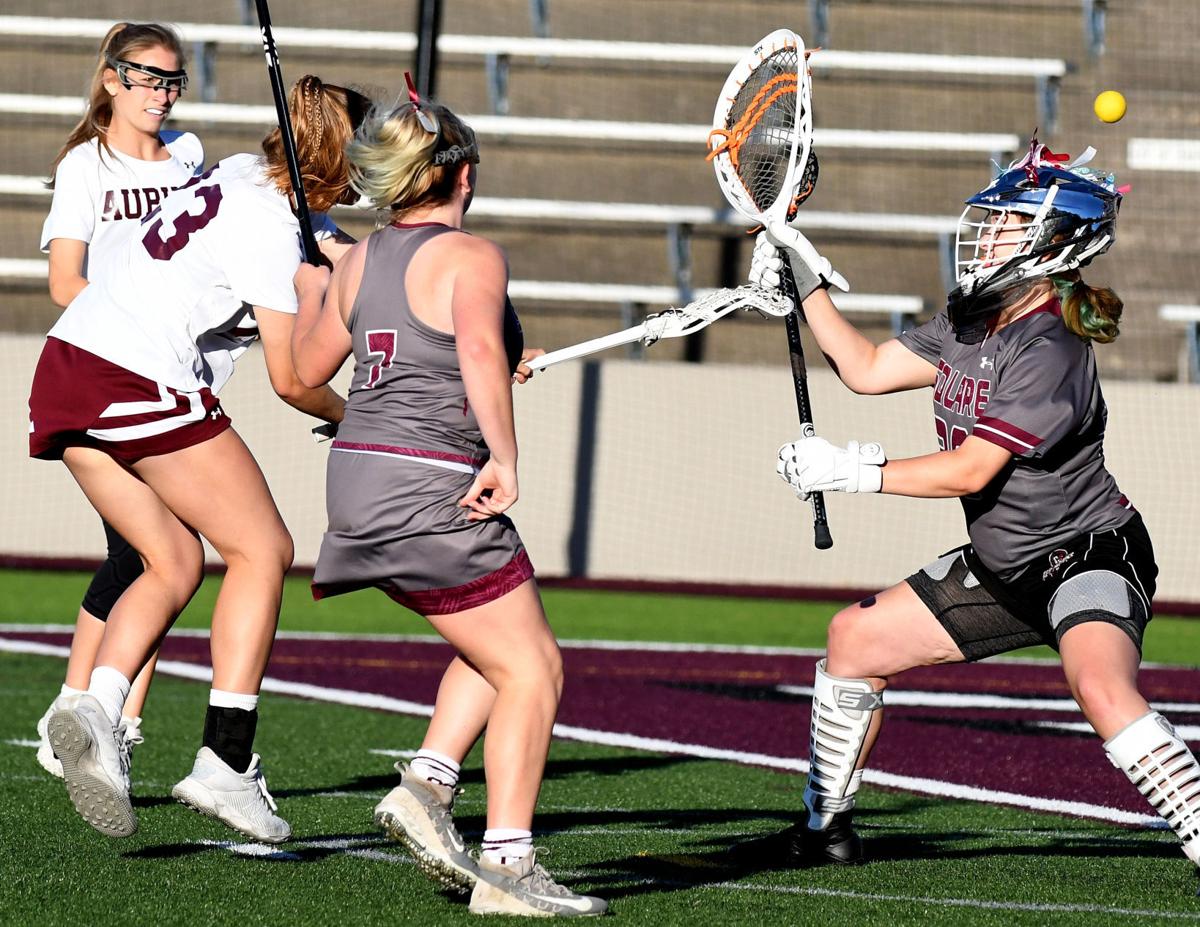 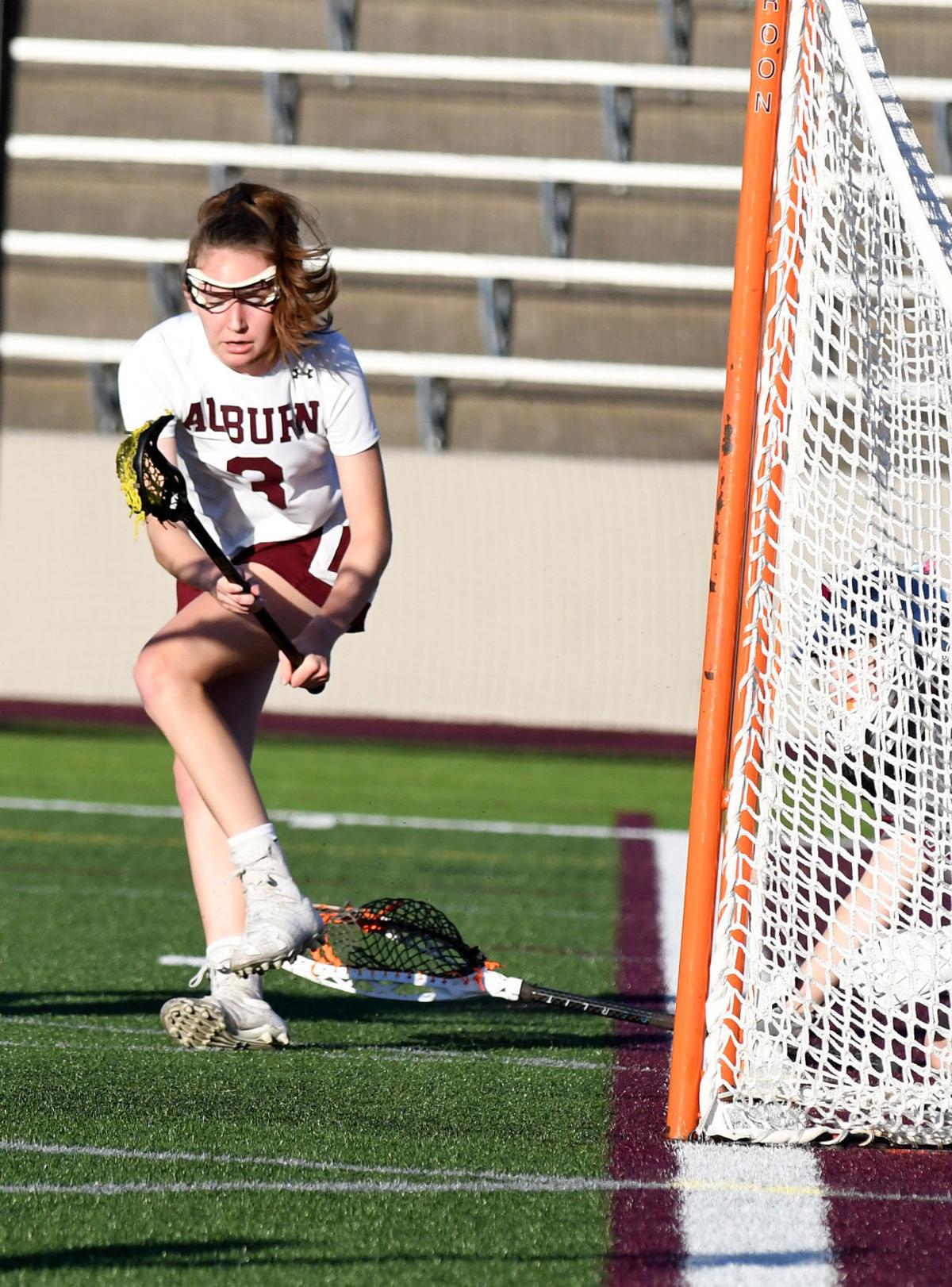 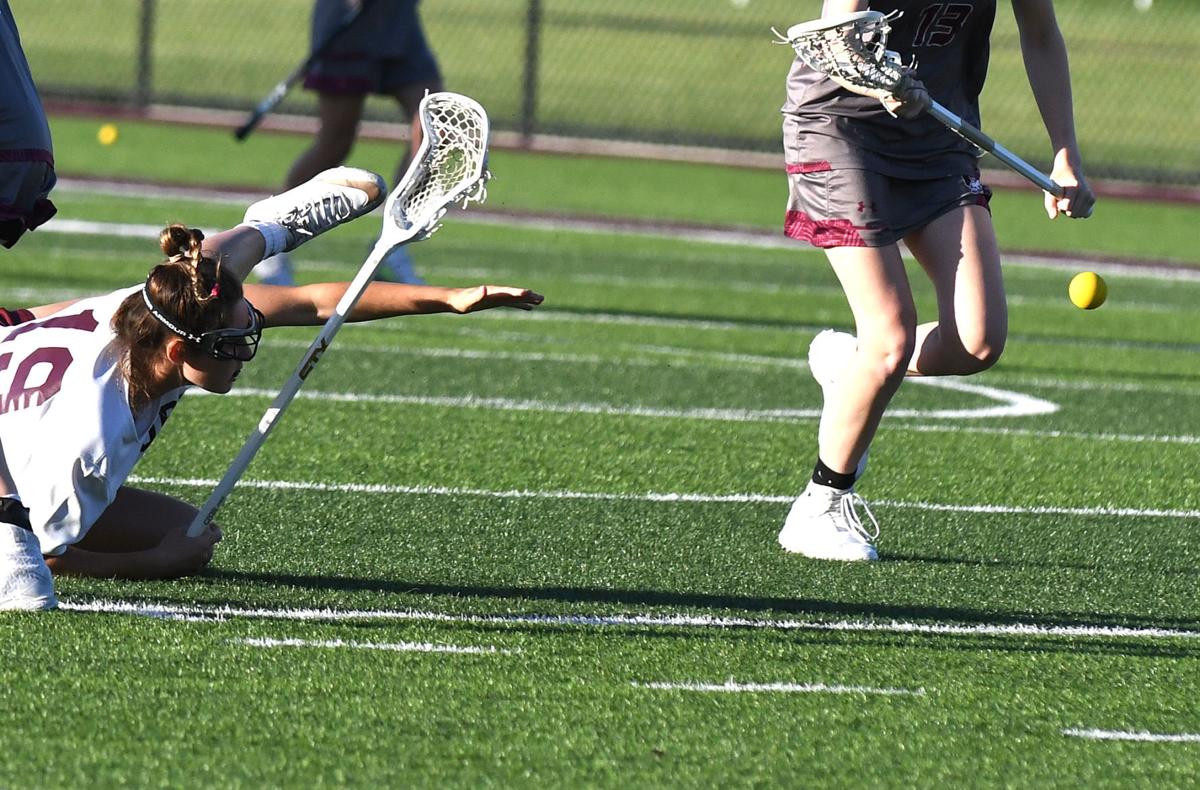 Danielle Swietoniowski gets tangled up with a Central Square player. 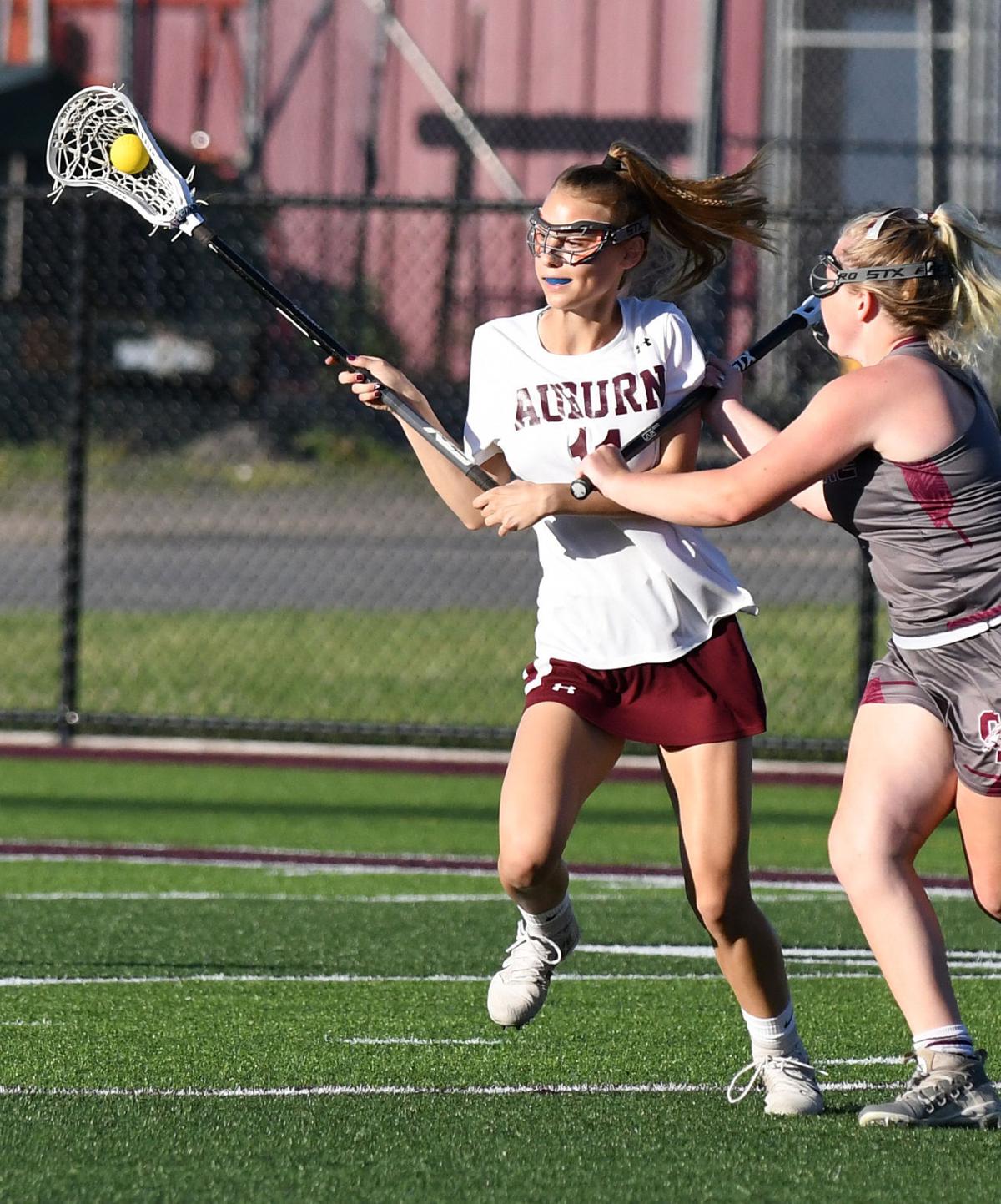 AUBURN — For the first time, the Maroons are the top dogs in Class B.

On Thursday, they showed the rest of the section why.

Auburn girls lacrosse, the No. 1 seed, was too much for Central Square in a 17-4 win in Section III's Class B semifinal at Holland Stadium.

The Maroons will now play in the section title game for the third straight season (spring teams did not compete in sectionals in 2020). This time, however, it'll be as the favorite.

"We've felt like the benchmark all year I think, but we've tried to brush it aside and focus on day-to-day and getting better," coach Bill Dean said. "We talk about a growth mindset and the ability to get better each day. Getting that one-seed is nice because it allows us to have home games. I don't think we've ever thought that because someone was a higher seed, or we were a higher seed, that it was gonna be anything different. We know we've gotta go out and play."

Natalie Calandra-Ryan paced the Auburn offensive onslaught with seven goals and an assist. Kate Izzo was next on the scoring list with three goals and an assist. Gracie Giannettino (three assists) and Abbie Izzo (assist) both scored twice. Natalie Long (two assists), Danielle Swietoniowski and Nora Solomon rounded out the scoring.

Even with all the goals, Auburn could've had more. Dean pointed out several other opportunities the Maroons had to fill the cage that either rang off a pipe or were denied masterfully by RedHawks goalie Danni Moran.

For a team that's made offense look so easy for most of the season, a game with a touch of adversity and bad bounces was to be expected. The Maroons are just glad it happened now, and not in Saturday's final.

"Over the duration of a season, you're going to inevitably have one of those games when the shots just aren't falling," Dean said. "We were lucky that we had a lot of shots. We generated I think 35 to 40 shots, and that's a lot. You run into a hot goalie and your shooting is just a little off ... it was just one of those games.

"I'm glad we kept shooting and kept the pressure on, because the goalie's not gonna save them all."

Saturday's opponent will be a familiar one. The Maroons will host Fayetteville-Manlius at Holland Stadium at 11 a.m. Auburn was felled by F-M in both the 2018 and 2019 Class B title games, the former meeting ending with a difference of a single goal.

As the saying goes, to be the best, you must beat the best. For a long time that's been F-M.

Now Auburn has another chance, on its home field, to stake its claim atop the podium.

"Have we been working as hard as we have just to beat F-M? No. We want to be a good lacrosse team and be respected. I think it's very appropriate to have F-M coming here Saturday. Hopefully we can right some wrongs, get that monkey off our back, extend that rivalry and get the arrow pointing back our way."

Some props to look at tonight between the Lightning and Islanders

Some props to look at tonight between the Lightning and Islanders

Look for the under when it comes to Giannis's points prop

Look for the under when it comes to Giannis's points prop

The Citizen compiled a slideshow featuring stories from a wild week of sectionals. After there was no spring sports season due to COVID-19 in …

Danielle Swietoniowski gets tangled up with a Central Square player.