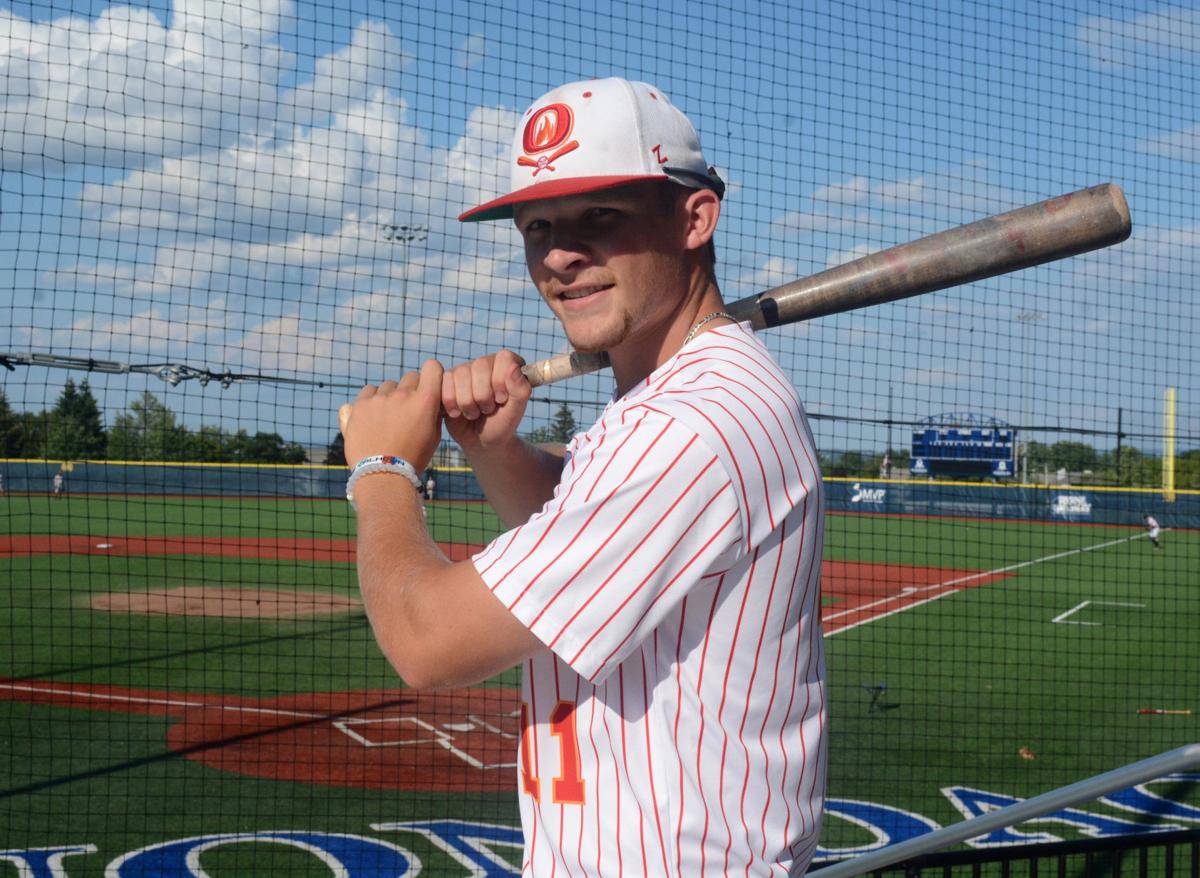 Auburn native Stephen Bennett is an infielder for Canisius College and the Onondaga Flames of the PGCBL. 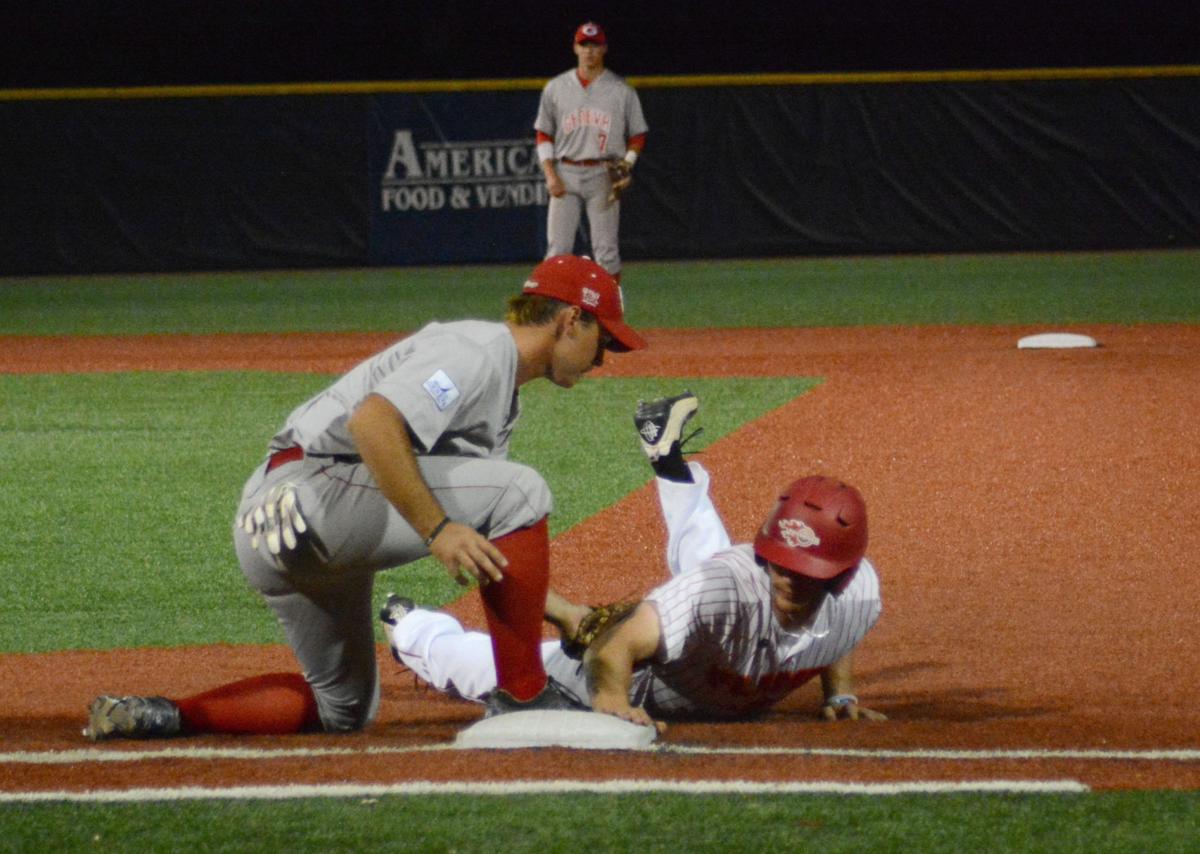 Onondaga's Stephen Bennett dives safely back to first base after a pickoff attempt by Geneva at Onondaga Community College Sunday. 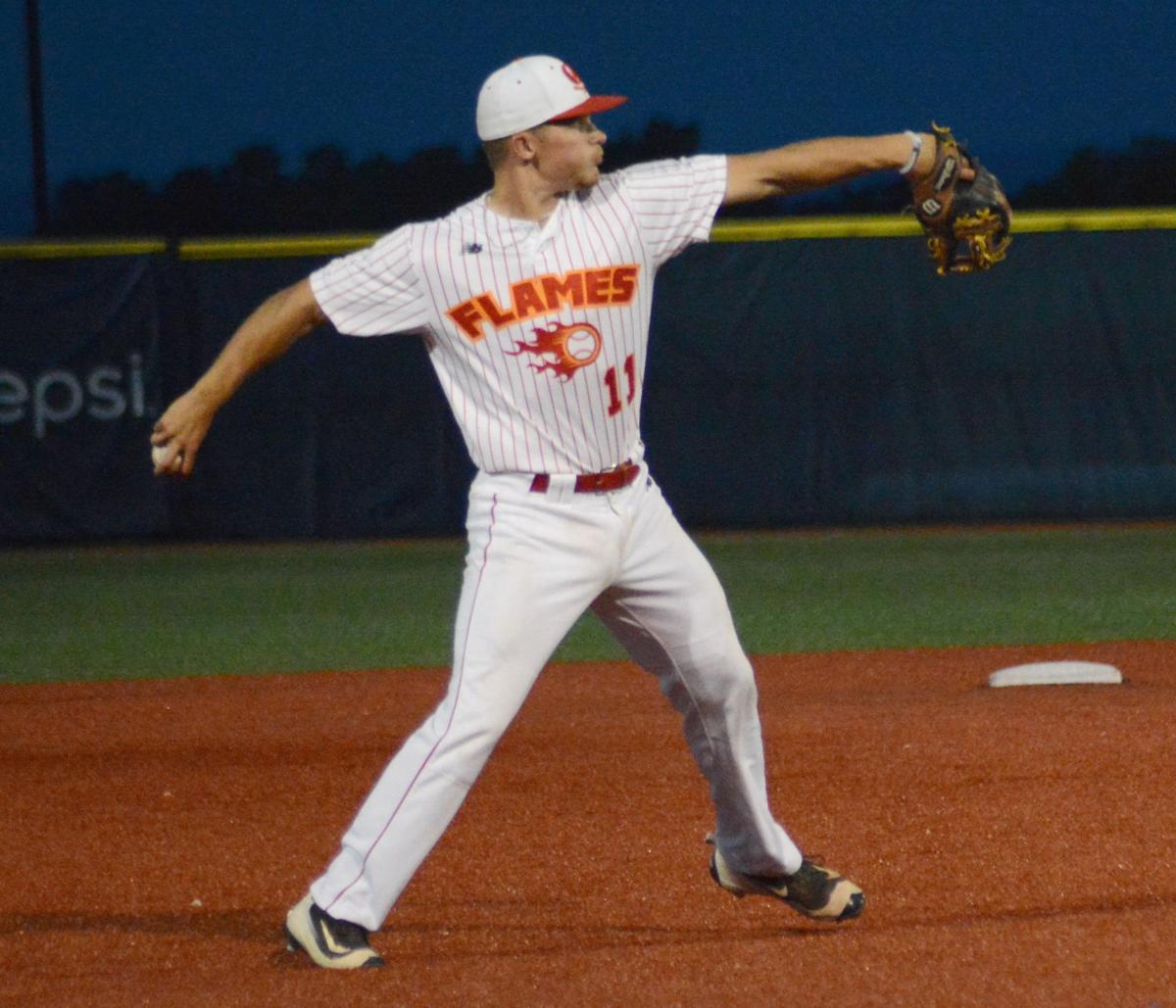 Onondaga's Stephen Bennett throws to first base while warming up for another inning against Geneva at Onondaga Community College Sunday.

After getting into 37 games as a freshman at Canisius College, the Auburn High graduate is continuing to work on his game with the nearby Onondaga Flames of the Perfect Game Collegiate Baseball League.

Bennett hopes the time he puts in this summer will allow him to make a bigger impact during his sophomore season with the Griffins.

"I knew that it would be a good fit for me," Bennett said of joining the Flames. "I knew I was going to be able to come in, get my reps in and be able to play as much as I possibly can, so when I get back into the season next year I'm going to be able to work hard and better myself and hopefully step up and be more of a routine starter for the team."

Over 25 games with Onondaga, Bennett has batted .286 with seven doubles, nine RBIs and 16 runs, including the game-winner in the bottom of the ninth against Geneva at Onondaga Community College Sunday night.

"He's been absolutely dynamite," Flames general manager and head coach Ryan Stevens said. "He comes to play every day. He hustles. Everything that's asked of him, he does. He's a warrior with an intensity about him that makes it tough to give him days off when he needs it."

Stevens, who is also the head coach at Tompkins Cortland Community College, remembered Bennett from his days with the Maroons.

"When I took this job, he was the very first person I went after for this team because I wanted him to be our starting third baseman," Stevens said. "I watched him play in high school since he was in 10th grade. I thought he was one of the best prospects to come out of this area."

Bennett knew that transitioning from high school to Division I college baseball wouldn't be easy and he would need to work to earn any playing time.

"At the beginning of the year, I had to pay my dues as a freshman and I got maybe one start a weekend or so," Bennett said. "I had to take advantage of my opportunities the best I could."

Bennett finished with a .222 average, 14 RBIs and 13 runs over 37 games with the Griffins. He added four doubles, two triples and a home run for Canisuis, who went 35-22 last season.

"I felt that I was able to show my coaches what I'm capable of," Bennett said. "It felt great that they had the trust in me to be able to put me at third and play as much as I did. It felt good for me to go out there and help my team get to where we were."

Stevens believes that if Bennett continues his upward progression, he could eventually get drafted.

"The future is bright with him if he stays with it, stays healthy and keeps doing what he's doing," Stevens said.

School districts in Cayuga County will be allowed to host two spectators per student-athlete at sporting events moving forward.

With seasons for many indoor interscholastic sports winding down, the Cayuga County Health Department announced Wednesday that it was revising…

Sindoni reappointed as Skaneateles football coach through end of season

Auburn boys basketball rallied in the fourth quarter against Oswego on Monday, but ultimately fell in overtime 67-58.

Auburn native Stephen Bennett is an infielder for Canisius College and the Onondaga Flames of the PGCBL.

Onondaga's Stephen Bennett dives safely back to first base after a pickoff attempt by Geneva at Onondaga Community College Sunday.

Onondaga's Stephen Bennett throws to first base while warming up for another inning against Geneva at Onondaga Community College Sunday.