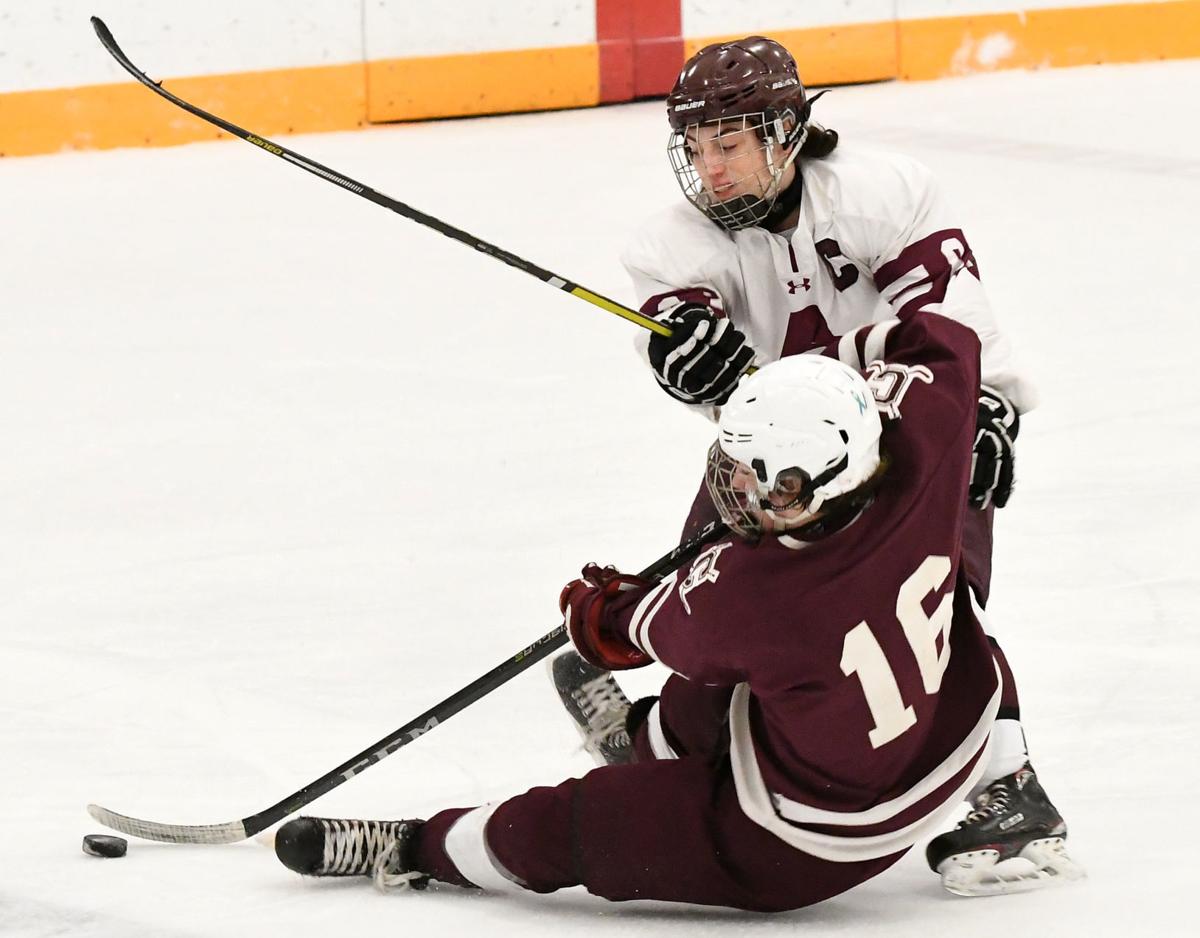 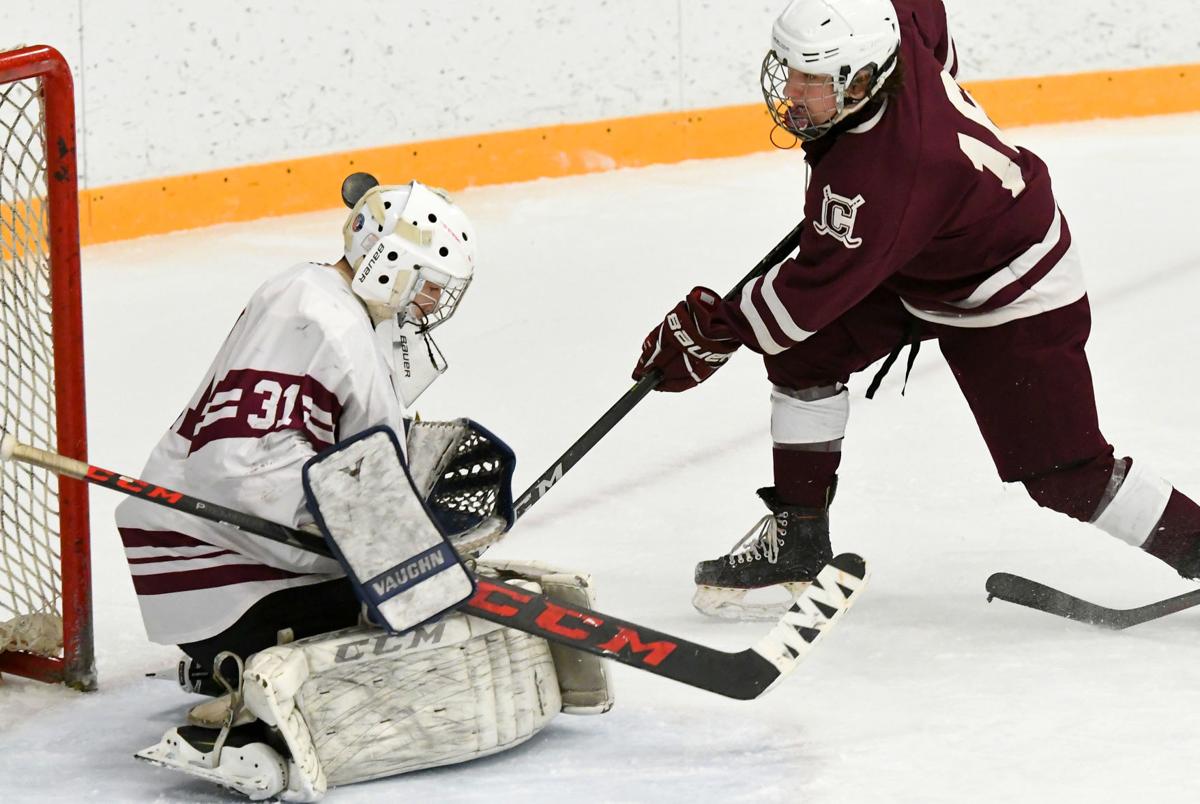 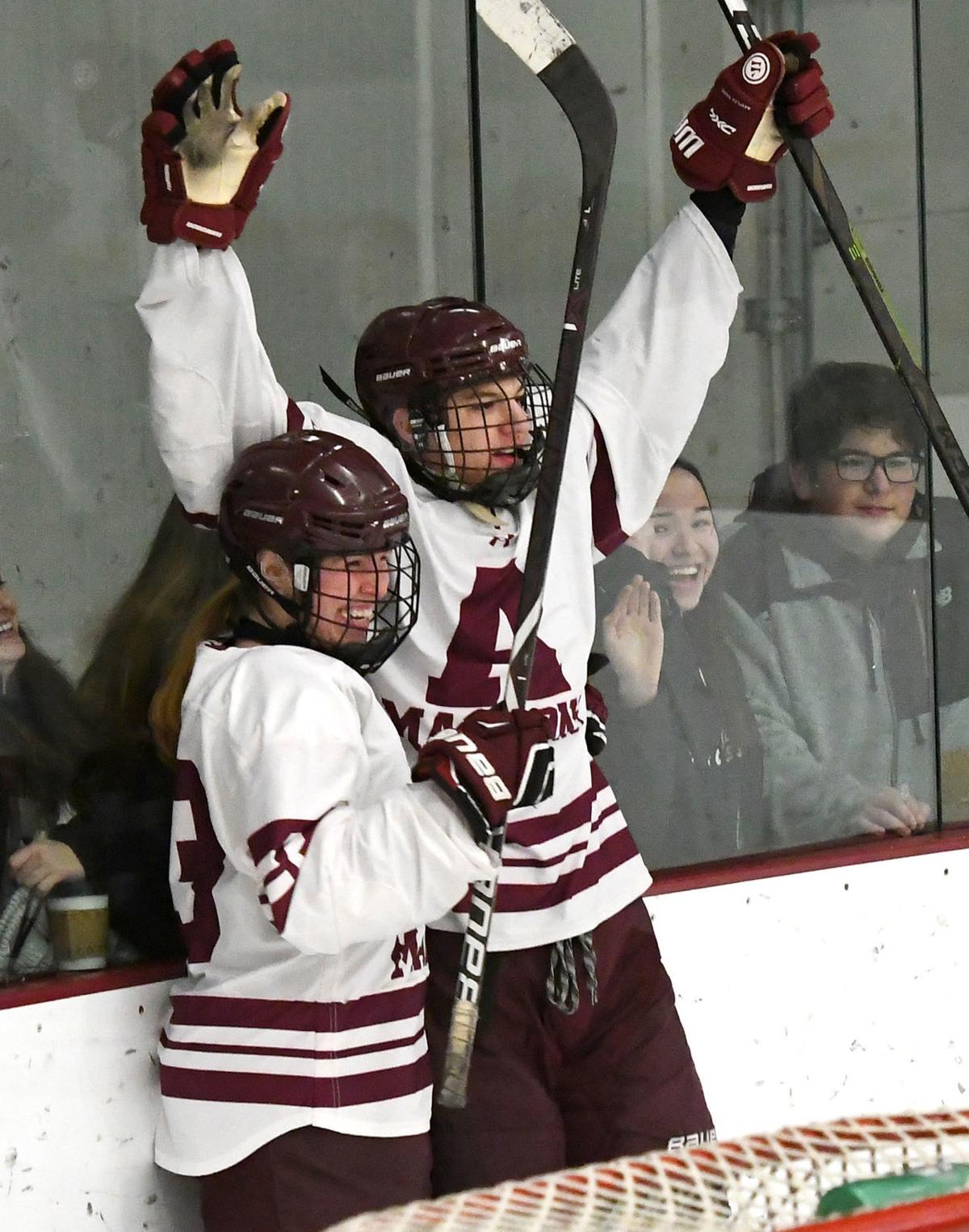 AUBURN — Knowing win or lose the season was over, Auburn hockey's main objective against Clinton was to send the seniors out on a high note.

The Maroons stormed out to a three-goal lead in the first period, the start of a 6-0 clobbering of Clinton Wednesday at Casey Park Ice Arena.

Auburn received several contributions from seniors who were playing their final high school hockey games. Goalie Aaron Kowal stopped all 25 shots thrown his way to earn the shutout. Forward RJ Szakalski had a three-point night with one goal and two assists. Nick Pipher tallied one. Other seniors Ross Burgmaster and Carrissa Hlywa were credited with assists.

A fitting finale for a group skating together for the last time.

"It says a lot about their character that they can play the way they played and compete the way they competed, knowing that that was it," Auburn coach Mike Lowe said. "I'm happy for them. They went out with class and played with a lot of respect toward the game. Clean, hard, disciplined hockey."

Auburn knew entering the same that sectionals were out of reach. For Section III's Division II league, six out of the seven teams qualify for the postseason. Because of a few ties and a handful of close losses, the Maroons were on the outside looking in regardless of their performance against Clinton.

According to the Section III hockey website, this is the first time since 2008-09 that Auburn won't participate in the postseason.

While a handful of seniors had memorable goodbyes, it was sophomore Jack Chapman that served as the game's hero. Chapman recorded a hat trick, with two of his goals coming in the opening period.

All three goals were on shots from within arm's length of the crease. Showing willingness to go to the dirty areas, Chapman was rewarded.

"One of the things we've talked about since Day 1 is winning those battles at the net," Lowe said. "It was nice to see us score some of those goals tonight. Jack was scoring them and someone was getting the puck there for him. We did a lot of good things tonight and it was good to see some of the stuff we've worked on come to fruition."

Ty Hlywa was another highlight, scoring one goal and picking up three assists. The junior ends the season as the Maroons' leading scorer, and he'll be one of a handful of players counted on moving forward if Auburn is to return to the postseason.

"Hopefully they learned some stuff over the year," Lowe said, "and can use this as a springboard. Hopefully they realize what it takes to win more games next year. Hopefully they look at all the close games we were in, all the ties — just about every game we played was a good game, with the exception of a couple. We've gotta get to the point where we come out on the other side of those close games.

For those departing the team, a handful were key members of Auburn's sectional championship in 2018. Lowe hopes those players, whether they move on to play sports in college or not, enjoyed their time as members of the program.

"We play sports for fun," Lowe said. "Hopefully they learned some lessons along the way, and hopefully they can look back and say they don't have any regrets and gave it their all. This class has been a big part of the program and we're gonna miss them for sure."

The Citizen's top 10 most-read sports stories of the month.