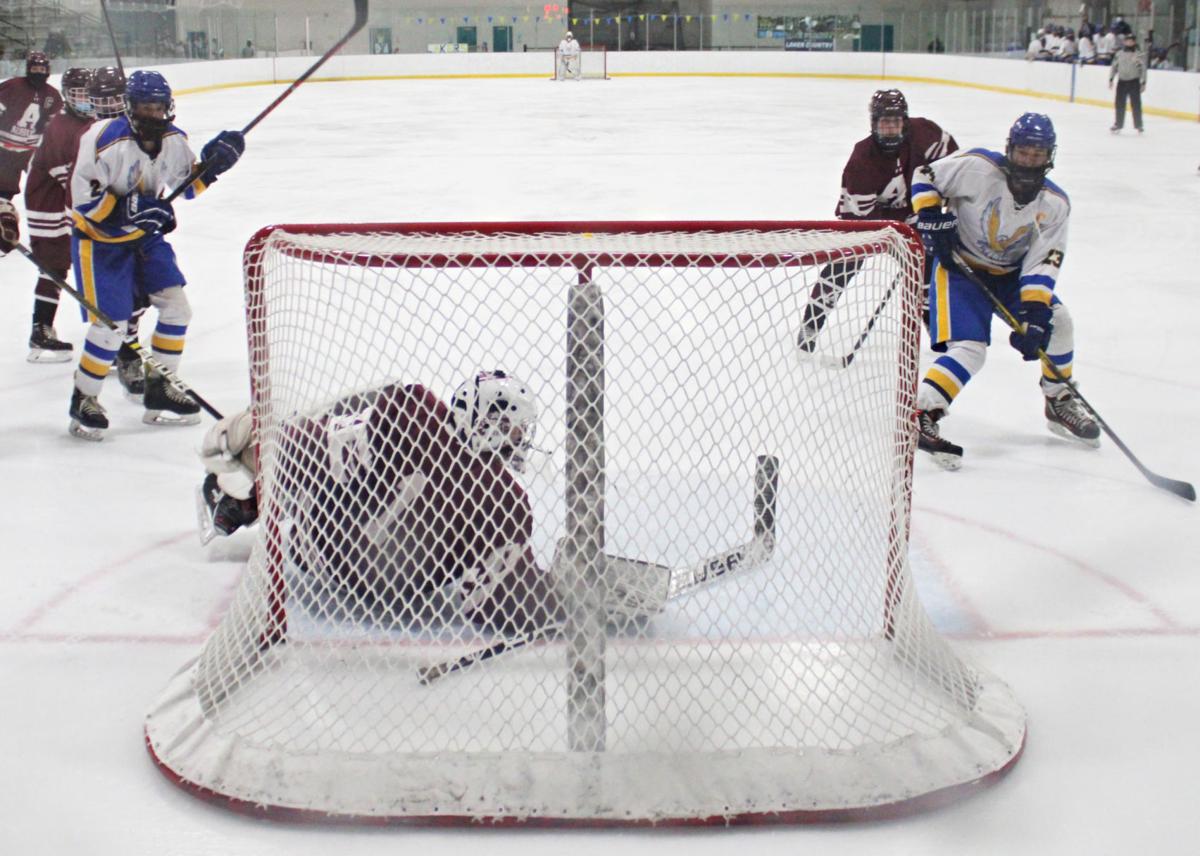 Auburn goalie Mason Jones reaches across his crease to make a save against Cortland-Homer Friday at the Skaneateles YMCA. 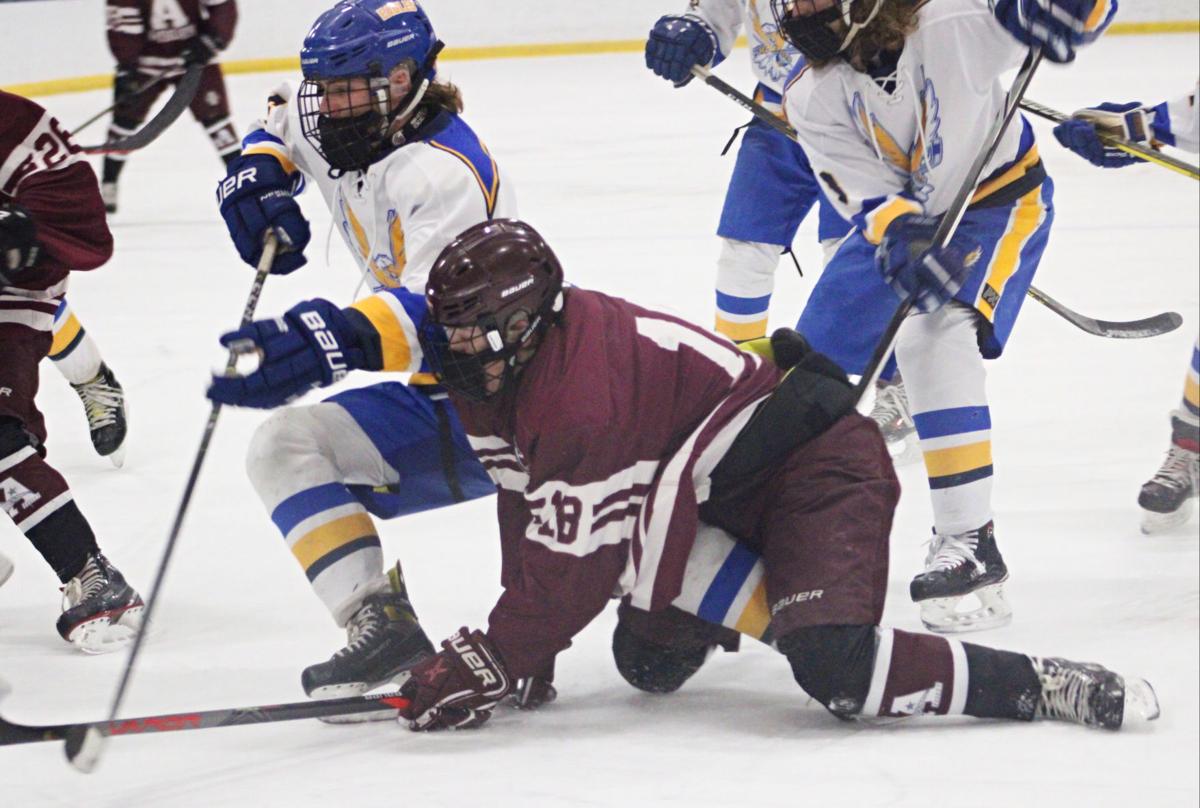 Auburn's Ty Hlywa is taken down by the Cortland-Homer defense Friday at the Skaneateles YMCA. 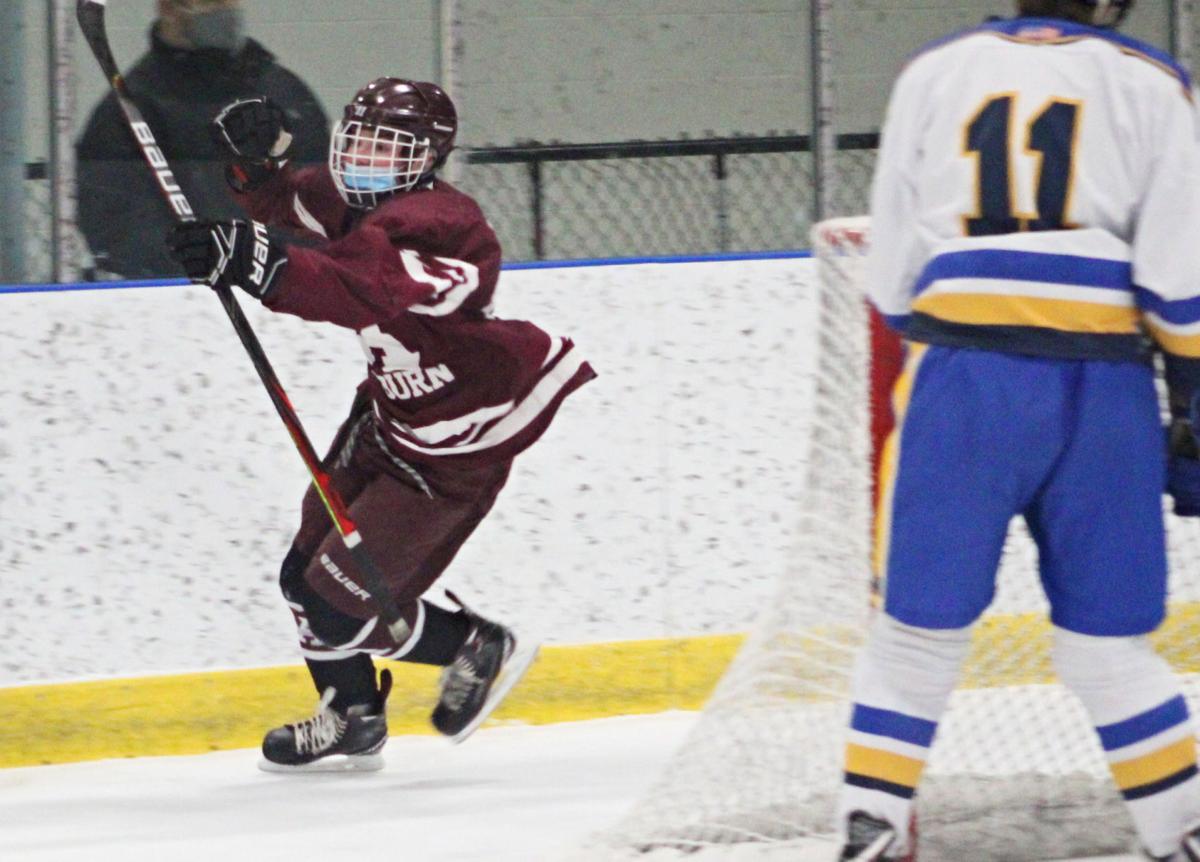 Auburn's Jack Pineau celebrates his goal against Cortland-Homer Friday at the Skaneateles YMCA. 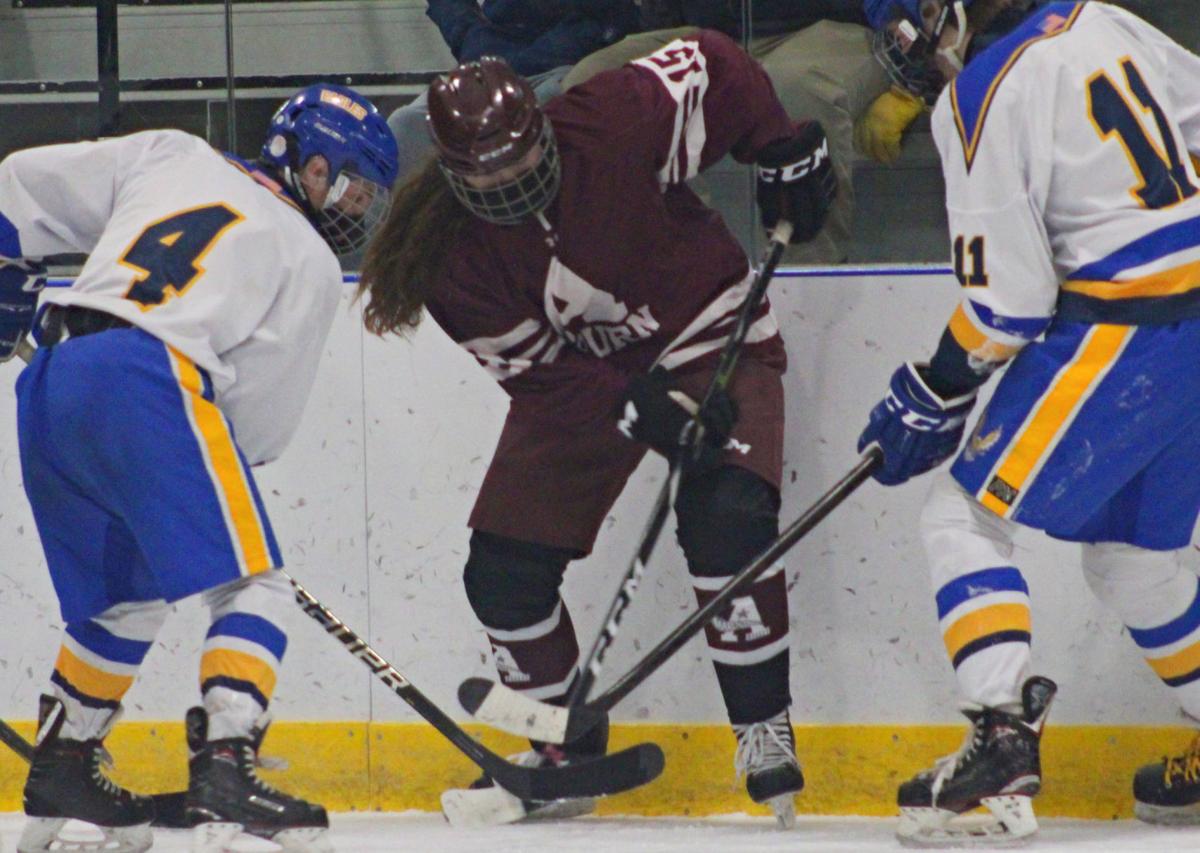 SKANEATELES — All looked good for Auburn hockey through the first 10 minutes.

The Maroons had the game's opening goal and hemmed Cortland-Homer in its own zone.

But when the Golden Eagles potted their first goal of the night, the floodgates opened. Cortland-Homer scored the game's next nine goals to beat Auburn 9-2 Friday at the Skaneateles YMCA and Community Center.

With the loss, Auburn has dropped two in a row after winning its first two games of the season.

Jack Pineau had the first strike for Auburn five minutes into the contest, taking advantage of a turnover in the Cortland-Homer zone to beat goalie Garret Clark.

Cortland-Homer evened the score only a minute later on Tanner Douglass' first of the night. Another goal by Douglass and the first of four on the night for Jed Brazo ended a three-goal first for the Golden Eagles.

Auburn fared worse in the second when Cortland-Homer tacked on four more, including a shorthanded tally, to go ahead 7-1. The Maroons did manage to beat the Cortland-Homer defense once more on Christian Testa's power play tally, one of the few bright spots on an otherwise tough night.

Andrew Murphy and Mason Jones split time in net for Auburn. Murphy started and was credited with 16 saves, while Jones made 17 saves in relief. Trey Masters, Ty Hlywa and Ethan Moore each picked up an assist for Auburn.

The Maroons (2-2) travels to Oswego on Monday.

Voices can often be synonymous with sports.

Justin Pettit and Ryan Robbins combined for 19 points in the fourth quarter to lead Moravia boys basketball over Union Springs.

Southern Cayuga boys basketball continued a strong start to the season, knocking off Marathon 70-44 on Tuesday.

The Skaneateles girls hockey team erupted for five goals in the first period in a 9-1 win over Ithaca on Wednesday.

Weedsport Speedway expects to return for the 2021 racing season with nine events, the first scheduled for May 30 with the Super DIRTcar Series…

Auburn goalie Mason Jones reaches across his crease to make a save against Cortland-Homer Friday at the Skaneateles YMCA.

Auburn's Ty Hlywa is taken down by the Cortland-Homer defense Friday at the Skaneateles YMCA.

Auburn's Jack Pineau celebrates his goal against Cortland-Homer Friday at the Skaneateles YMCA.