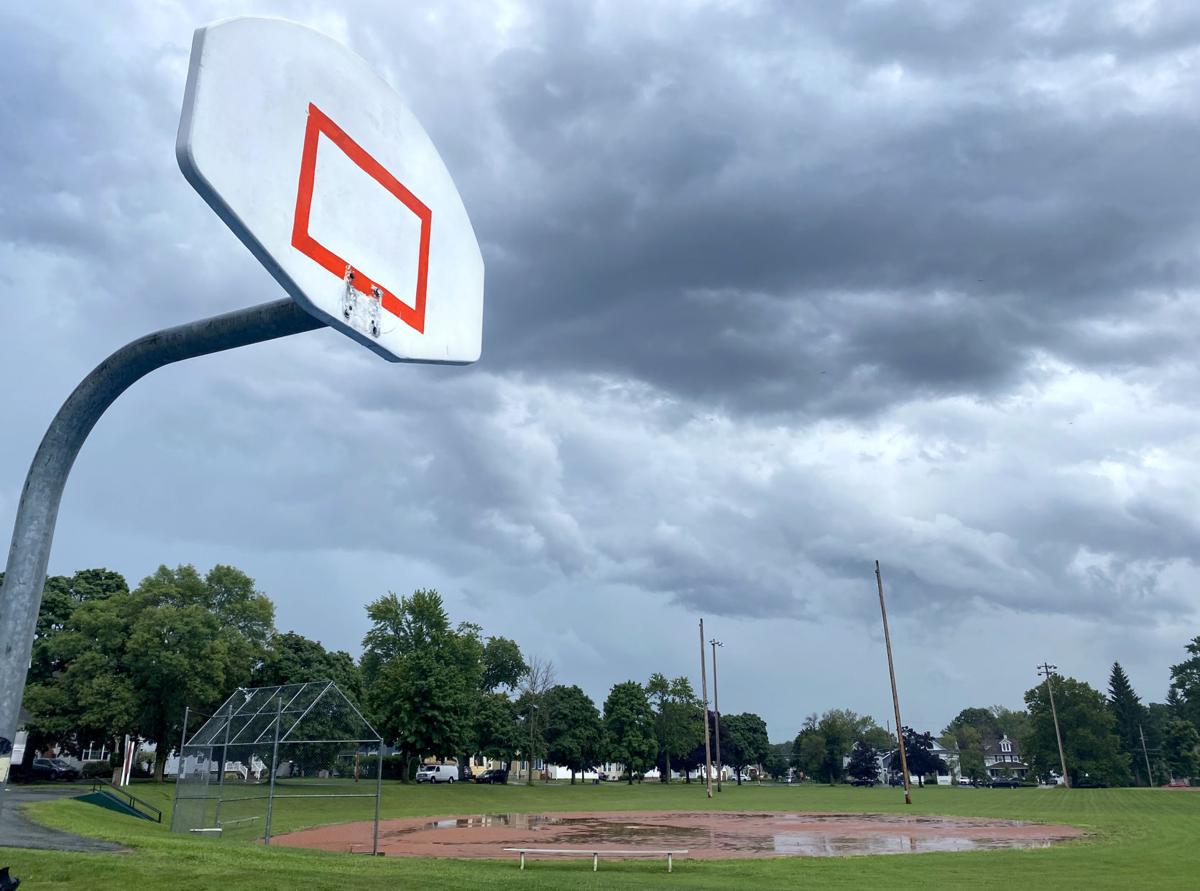 Baskets are still without rims at Clifford Park. 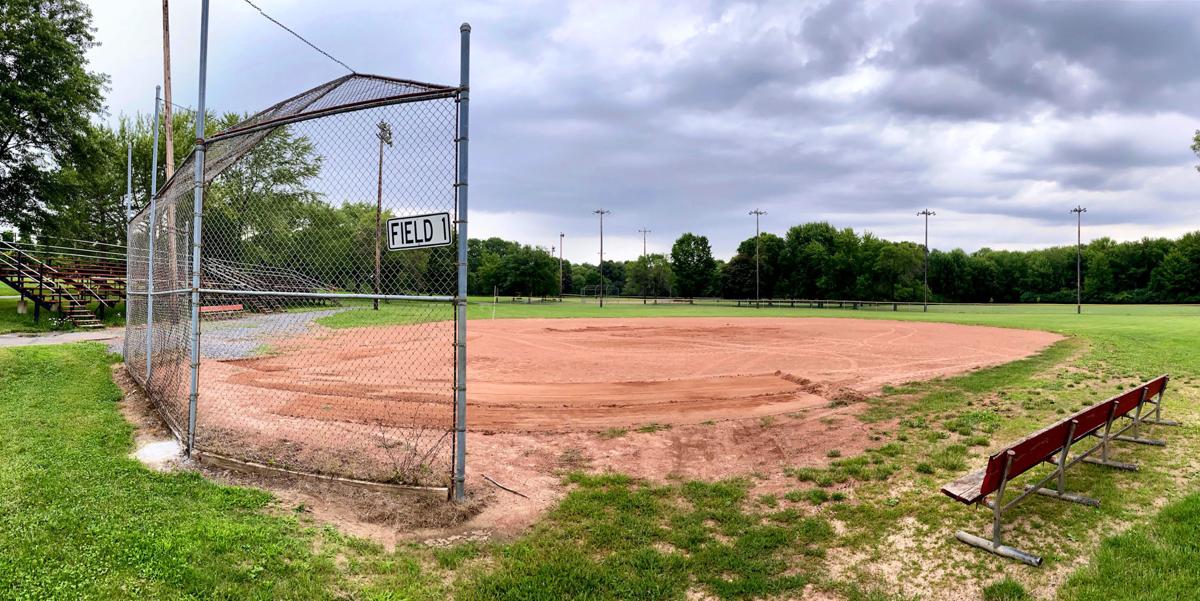 Parks and playgrounds in the city of Auburn have reopened since the start of the COVID-19 pandemic, but certain activities remain banned for the foreseeable future.

That includes basketball, which is why for the time being rims on the basketball hoops at city parks remain absent.

Gov. Andrew Cuomo's latest guidance for sports and recreation, released on June 26, states that regions in phase three of New York's reopening plan can allow certain low-risk (ability to maintain physical distance, no sharing of equipment) or moderate-risk (limited ability to maintain distance) recreational activities. Among low-risk activities are sports such as golf and tennis; moderate-risk activities include baseball, softball, flag football, and soccer. With Cayuga County in a region that's made it to the fourth state reopening phase, those sports have been allowed.

But sports such as basketball and football are considered high-risk recreational activities, which are still prohibited in New York state, according to the guidance.

For low- or moderate-risk sports, all types of play (individual or group competition) is permitted. For high-risk sports, only individual training is permissible. Basketball shooting drills are specifically mentioned as being the least risky type of play.

Despite that, hoops at Auburn's city parks remain inaccessible. According to Auburn city manager Jeff Dygert, basketball hoops remain unavailable for use because the city has no way to ensure full-fledged games don't take place, "other than to not put the hoops up."

"If I put the hoops up, other than stationing someone right there to make sure a game doesn't break out, we have no way to control that," Dygert said. "It's not practical for us to have staff (patrol the basketball courts) at this point in time with our budget situation the way it is. We've chosen to err on the side of caution and safety."

With central New York in the middle of a heat wave, the Casey Park pool is set to open Wedne…

Auburn residents (or residents around the state) can file a complaint if they believe non-essential gatherings are taking place. Dygert said that when there is a complaint, the local police department must investigate and file a follow-up report to the state. In April, Auburn Police Chief Shawn Butler and Cayuga County Sheriff Brian Schenck told The Citizen complaints had been minimal to that point.

However, by not reinstalling the basketball hoops, the city of Auburn is trying to eliminate a potential source of complaints.

"We have a significant responsibility to make sure (courts and fields) are being used appropriately. If not, we have a responsibility to the police department to investigate it and report it," Dygert said. "It's like this cyclical issue that we've got. I know the general public may think, 'What's the big deal?' Well, the big deal is that it's a tremendous amount of staff time. And we've got to ensure the regulations are being followed."

Baseball mounds around the city have also been covered, though the city-run recreational softball league is attempting to begin play in early August. Team captains were recently sent safety guidelines that all players are required to sign off on.

The league guidelines include: use of face coverings in areas of the field where a 6-foot distance cannot be maintained, such as the base paths or batter's box (the batter/base runner, catcher and umpire must all have face coverings), and in the bench area; a ban on sharing equipment like gloves and bats; and a ban on congratulatory physical contact such as handshakes, high-fives and fist bumps. Participants also must check in prior to each game and show their face covering.

If the city determines participants are not following the guidelines, play can be suspended and refunds will not be issued.

In response to a Facebook post by the City of Auburn Parks and Recreation department, one user called the guidelines "ridiculous."

"The focus is to get that rolled out with the appropriate precautions in place," Dygert said. "You can be fairly certain if we get complaints that the teams are not following the required guidelines, we'll shut it down. Frankly, my staff doesn't have the time to keep messing around with this stuff. If they can follow the guidelines and do what they need to do, they'll be good."

Great absence: Great Race's 43rd year unlike any other

Debuting in 1978, the Myles Keogh Paddle Wheel and Run has been a staple on the summer calendar for competitive runners, bicyclists and canoei…

While school districts in New York state have been given the go-ahead to reopen in September by Gov. Andrew Cuomo, there has been no indicatio…

Auburn native Tim Locastro didn't have to swing to get his first run batted in of the 2020 season.

The signage is familiar. And well, really, that's about it. But hey, it beats nothing. Or, to be more precise for the Toronto Blue Jays, it be…

Baskets are still without rims at Clifford Park.