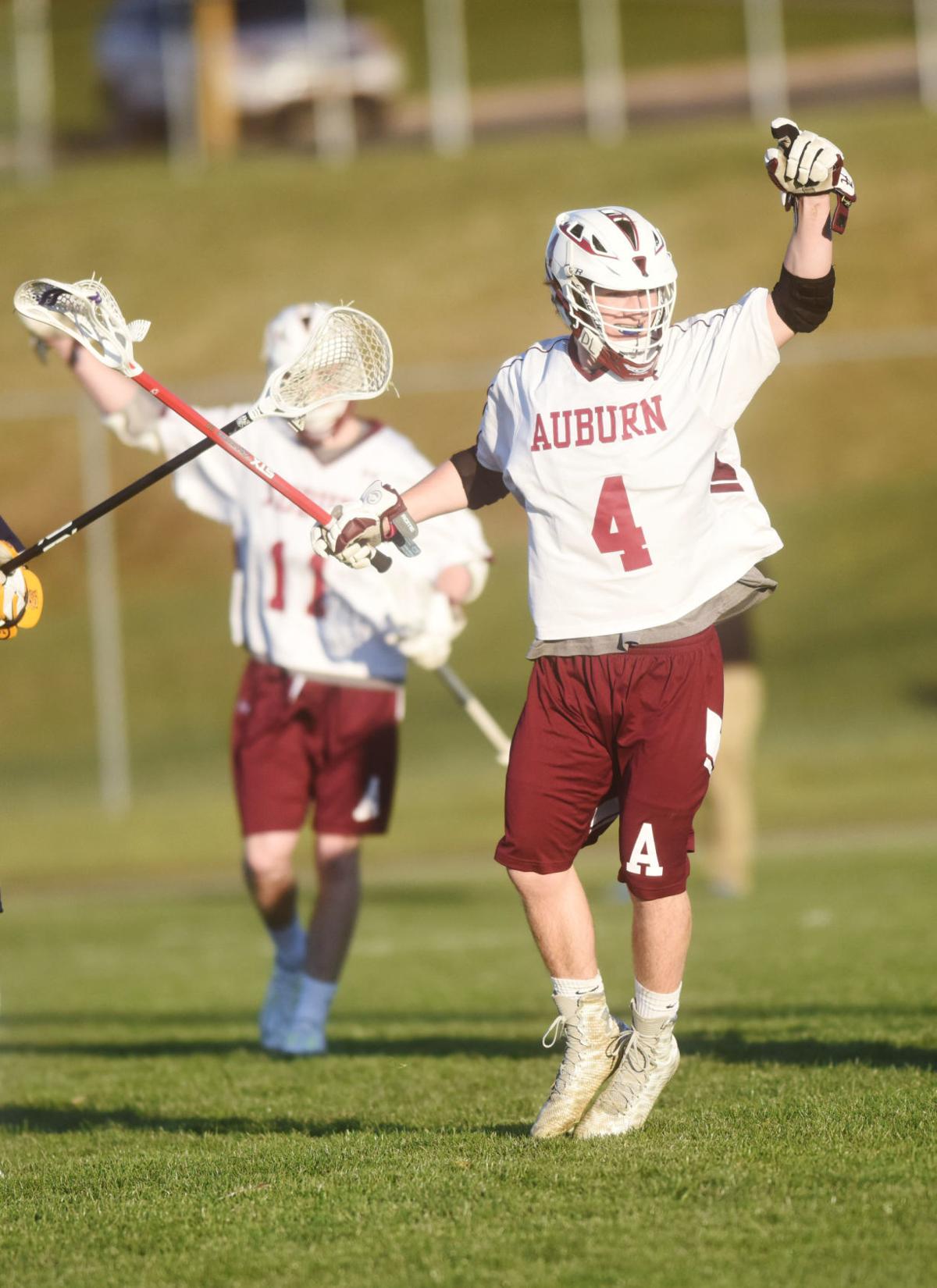 Auburn’s Alex Burgmaster celebrates a goal against West Genesee at Holland Stadium in 2016. 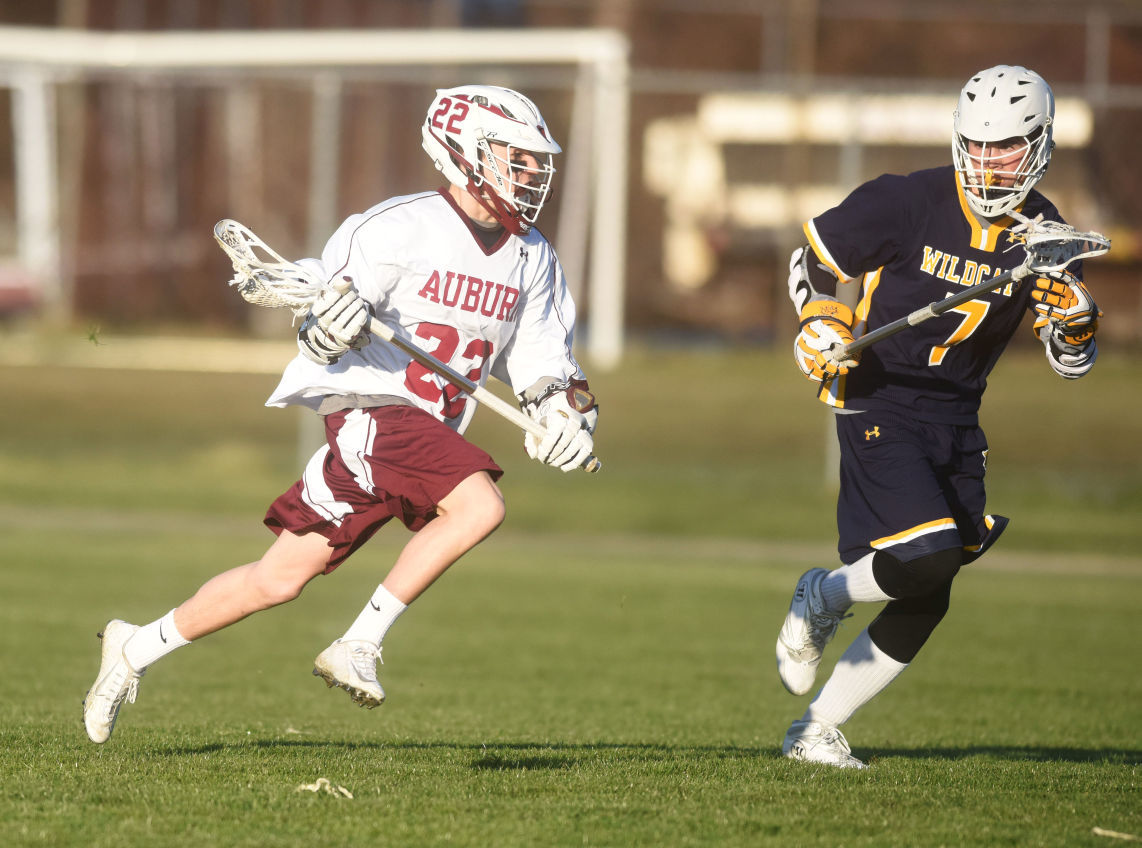 Auburn’s Matt Vanliew, left, brings the ball up the field against West Genesee at Holland Stadium in 2016.

Editor's note: With sports on hiatus due to coronavirus, sports reporter Justin Ritzel is looking back on memorable high school games from his time with The Citizen in a series called From the Cheap Seats. All stories in this series can be found at auburnpub.com.

Well, almost never. It's only happened three times. And when the Maroons do best the Wildcats, they celebrate as if a championship had just been won.

For good reason. West Genesee is arguably the greatest boys lacrosse program in New York state history. The Wildcats own 15 NYSPHSAA Class A titles. Only one other program in the state — Section XI's Ward Melville — has at least 10 state titles. West Genny is also the only school in the state to win four straight state titles, claiming the Class A crown from 2002-2005.

Auburn has never won a state title. The Maroons have one section title, winning the Section III Class A championship in 2001.

While Auburn consistently contends, it's very much a David vs. Goliath match-up whenever the Maroons take on West Genny.

After 48 straight losses to the Wildcats, Auburn finally got over the hump in 2008, defeating West Genny for the first time ever, 5-4, at West Genesee High School. West Genny went on to win its last Class A state title that year.

Then there was a meeting in 2014, this time at Holland Stadium, when the Maroons held off a furious Wildcat rally to win 11-9.

Less than two years later on April 14, 2016, I was at Holland Stadium when Auburn secured only its third ever win against West Genesee. This one was, arguably, the most dramatic win of the three.

Early, it looked like Auburn would roll over the Wildcats. The Maroons were ahead 4-0, but West Genny cut it to a respectable 5-3 deficit at halftime.

West Genny scored the first three goals of the second half to go ahead 6-5, but the score was tied at seven entering the fourth quarter. The game seemed destined for overtime, tied 9-9 in the final minute.

But Auburn had possession. In the final moments, a play set up for sophomore Jake Morin was covered up by the Wildcats. Instead, the ball found its way to Alex Burgmaster at the top of the box. Burgmaster found some space, thanks to a pick by Morin, and beat the West Genny keeper with six seconds left to win it for Auburn, 10-9.

"Lacrosse games are not sprints, they're marathons," Auburn coach Matt Smith said after the game. "We stayed in it and played four quarters of hard-nosed Auburn lacrosse."

A special win for the program, and a special win for Smith. Auburn's previous wins over West Genny came under longtime head coach Steve Crosby. It also served as redemption — it was Auburn's first game against West Genny since losing to the Wildcats in the Section III Class A final the previous spring.

Looking back, I reflect on this game with disappointment — not because I was upset with the outcome, but because I had little context for what this game meant for Auburn lacrosse. I only started at The Citizen the previous September and had never covered an Auburn boys lacrosse game until this one. How is a reporter supposed to adequately convey the significance of a victory when said reporter barely knows the rules of lacrosse?

That 2016 Auburn team was loaded. Three future Players of the Year for The Citizen were on that team: Brian Cunningham (2016), Burgmaster (2017) and Morin (2018). Morin is currently the all-time leader in program history in goals, while Cunningham is fourth all-time in goals and fifth all-time in points.

Other notables include Kaiden Tubbert, who went on to play men's lacrosse at Le Moyne; Matt Vanliew, who currently plays at Nazareth College in Rochester, and Anthony Alberici, who played at Army. Morin (Army), Burgmaster (Albany) and Cunningham (St. Lawrence) also play in college.

Little did I know then that it'd be the last Auburn-West Genesee game I'd work. The two teams faced off once more in 2016 — the Maroons were defeated on the road — and haven't played a regular season game against each other since. According to schedulegalaxy.com, the last time Auburn played West Genny was a preseason scrimmage in 2018.

So the rivalry lives on only in memory, as Auburn now competes in Class B while West Genny remains in Class A.

If Auburn's all-time win total against West Genny remains at three, so be it. I'm glad I was there for one of them.

Three collegiate senior athletes from Auburn share their experience losing this season due to COVID-19, and whether or not they'll return to school next year.

Beginning this fall, Moravia's varsity and modified football teams will be making the switch to an 8-man football in lieu of the traditional 11-man game.

Youth baseball players in Cayuga County have been waiting patiently to hit the field, and later this summer they might get their chance.

This fall, football teams in New York state will be allowed to add an extra contest to their schedules.

Two Cayuga County swimmers have been recognized for their excellence in the pool.

Nate Kennedy: The bass will be biting in the Finger Lakes

May outdoors column: The bass will be biting in the Finger Lakes

Editors' note: Today's article is the third in a series of profiles of the 2020 inductees submitted by the Northeast Dirt Modified Hall of Fam…

(Editor's note: On Friday, May 22, Cayuga County released an emergency order that extends the ban of playgrounds, sporting fields and most ath…

Auburn’s Alex Burgmaster celebrates a goal against West Genesee at Holland Stadium in 2016.

Auburn’s Matt Vanliew, left, brings the ball up the field against West Genesee at Holland Stadium in 2016.