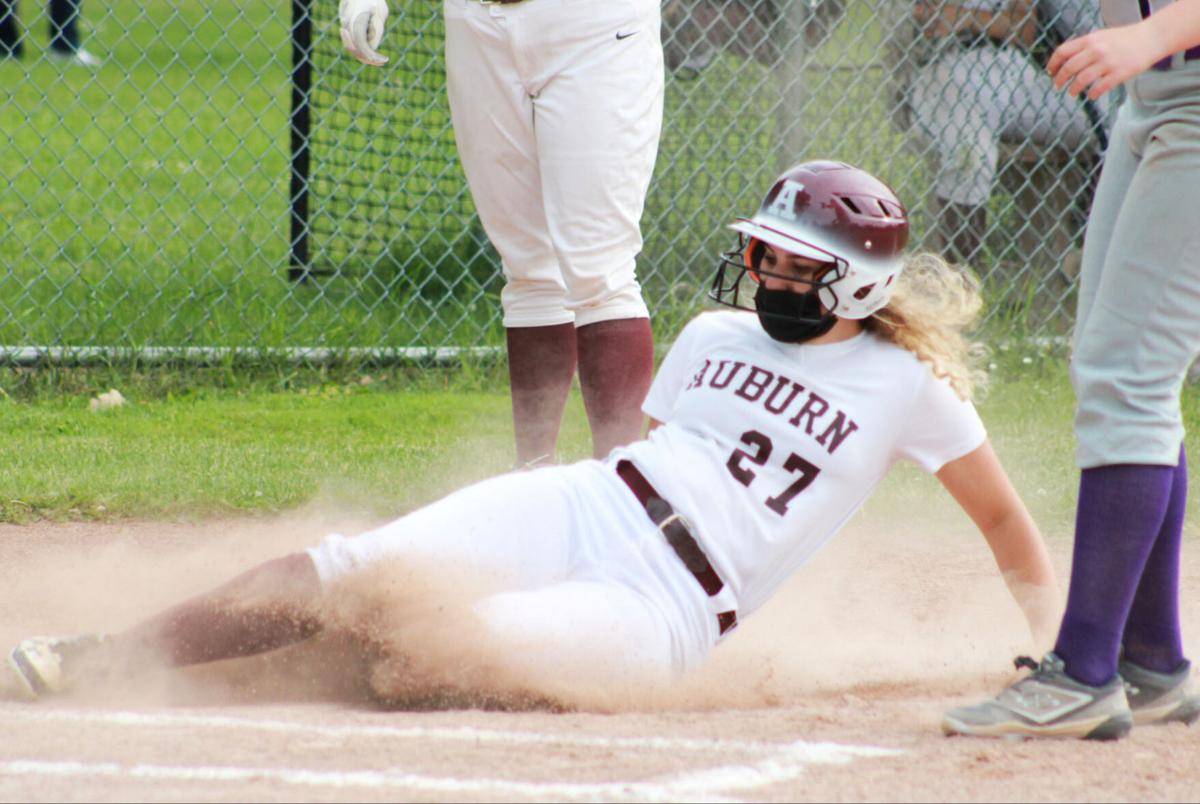 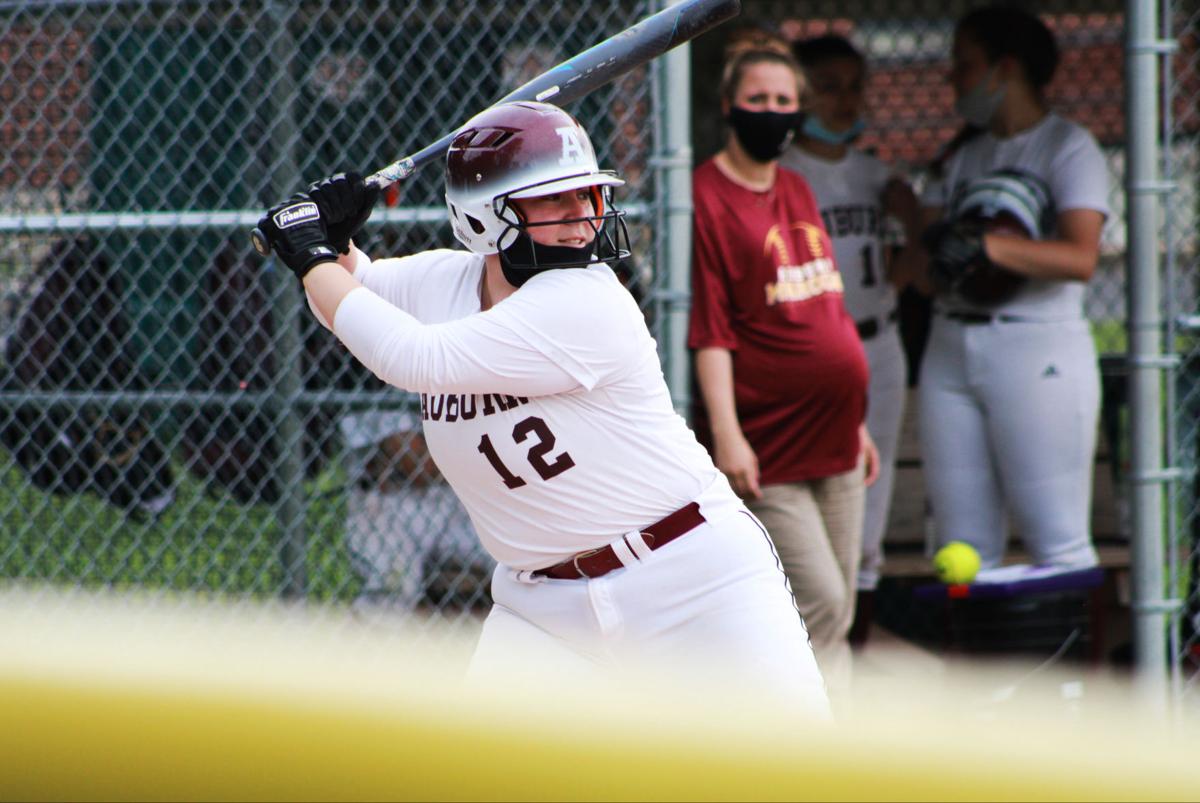 AUBURN — The game was out of reach for Auburn's opponent, Cortland, but a timeout and a breather was needed.

With freshman pitcher Grace Hoey in the circle and the bases loaded, Maroons coach Kelley Horbal approached the mound to chat with her defense.

Horbal wasn't necessarily concerned with the score — Auburn was ahead by double-digits — but that her players were prepared both mentally and physically.

Auburn escaped that inning with minimal damage, a seemingly inconsequential moment in a 19-3 win over Cortland Wednesday at Herman Avenue Elementary. But Horbal didn't see that sequence as inconsequential, not with a team trying to play its best with sectionals on the horizon.

"I just wanted to calm down the girls and make sure no one was rattled, not that we were stressed with the score. I don't worry about the score, I worry about making the right play at the right time," Horbal said. "All I said was that no matter what happened on the next pitch, let's make sure we play solid defense and get out of the inning.

"It was just a way to get the girls to refocus. We were able to take care of business."

Auburn has been taking care of business all season. The Maroons have now won four in a row and 11 out of 14 games.

The offense came within a run of its third 20-run outing of the season. The game was called with one out in the bottom of the fifth and Auburn at the plate.

Leading Auburn's prolific offense was third baseman Morgan Cook, who hit for the cycle — she hit a two-run homer in her first at-bat in the opening frame, doubled in the second, and singled in the third.

Needing a three-bagger to complete the cycle, Cook mashed a two-run triple in the fifth. That was the final at-bat of the game before the teams called it quits.

Supporting Cook's six-RBI performance was catcher Sydney Marinelli, who scored five runs from the lead-off position. Marinelli had four hits, all singles. Coming just shy of another cycle was Doray DiLallo, who had the second half of back-to-back homers with Cook in the first inning. DiLallo added a double in the second inning and a single in the third, but grounded out in her final at-bat.

The biggest development for Auburn might be Grace Hoey's outing. Hoey, a freshman called up from JV, pitched five innings and struck out five. She allowed only one hit.

Horbal credited Hoey for her versatility and willingness to play, regardless of the timing of her call-ups.

"She doesn't question it or hesitate, she's just ready to go," Horbal said. "She's always mentally focused and never shows distress or acts nervous. Other than a few walks, she did a great job."

Auburn has one more regular season game remaining on Friday against Syracuse City, one final chance to strengthen sectional seeding. Two of the Maroons' losses this season are against Jamesville-DeWitt, who will likely garner the top seed in the Class A playoffs.

The Maroons are vying for that No. 2 spot with Chittenango, and the latter currently holds the edge. A Bears loss and Auburn win, however, can flip those positions.

More so than ever, sectionals promises a chaotic schedule. First-round action begins next Monday, though Auburn likely won't play until Tuesday's sectional quarterfinals.

If all goes according to plan, the Maroons could play three games from Tuesday to Saturday, culminating with the Class A title game.

"Every game is so important right now, not only for seeding but for preparation for sectionals," Horbal said. "Our mentality right now is that we're going to the championship. Every game, we're walking in expecting to win if we perform the way we know we can."