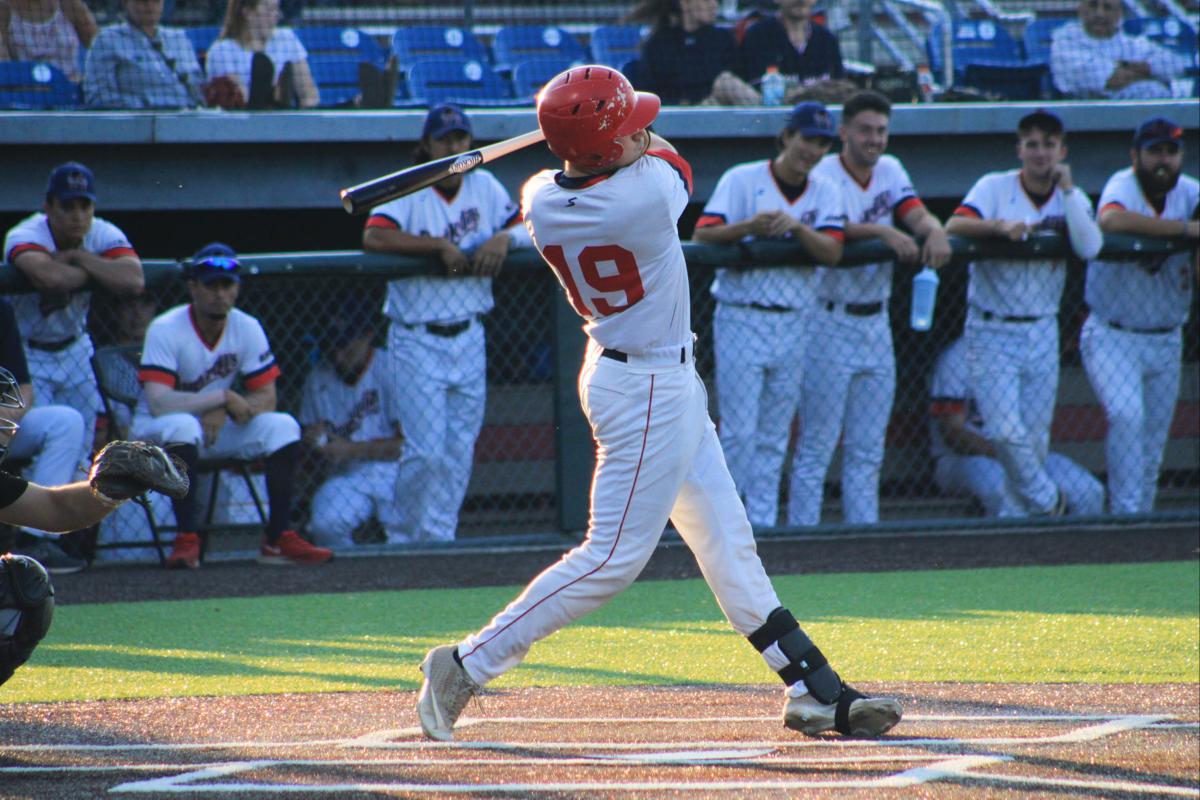 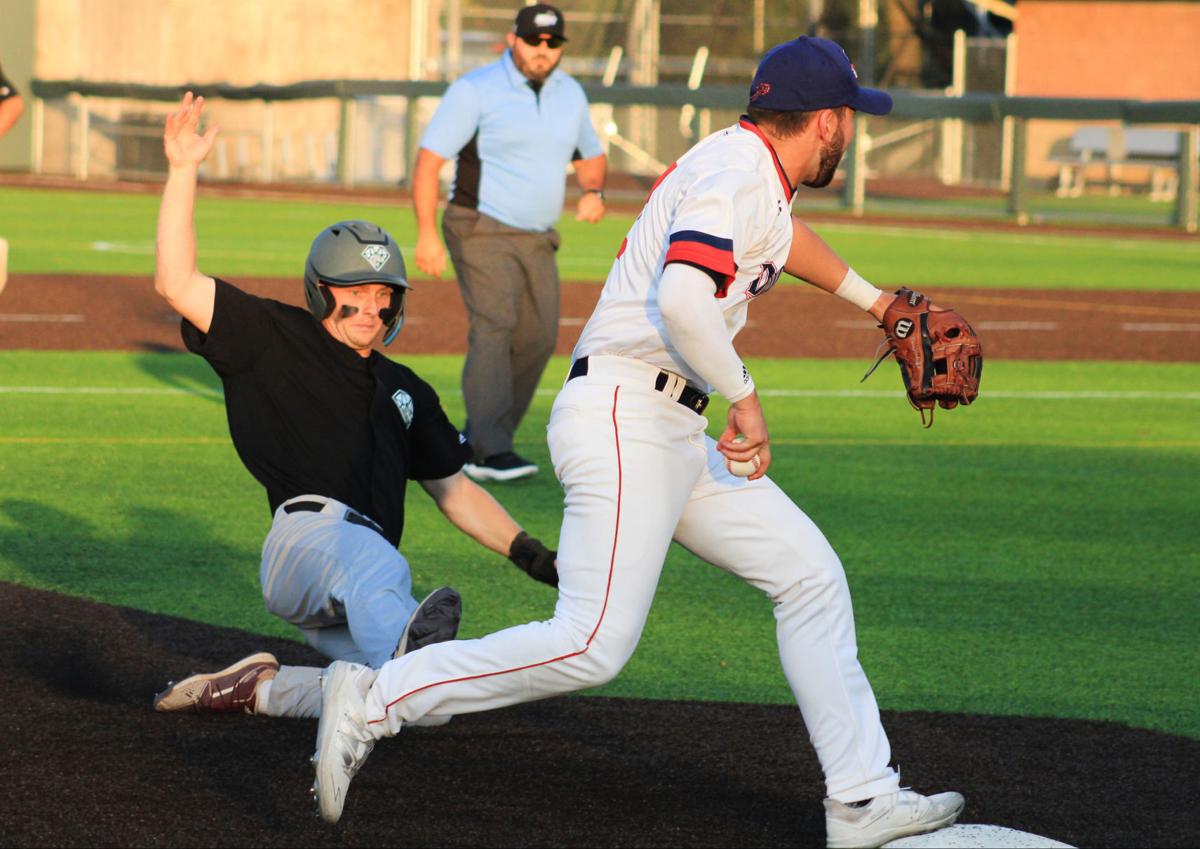 The Doubledays' Pierce Hendershot touches third base for a force out against the Mohawk Valley Diamond Dawgs Wednesday at Falcon Park. 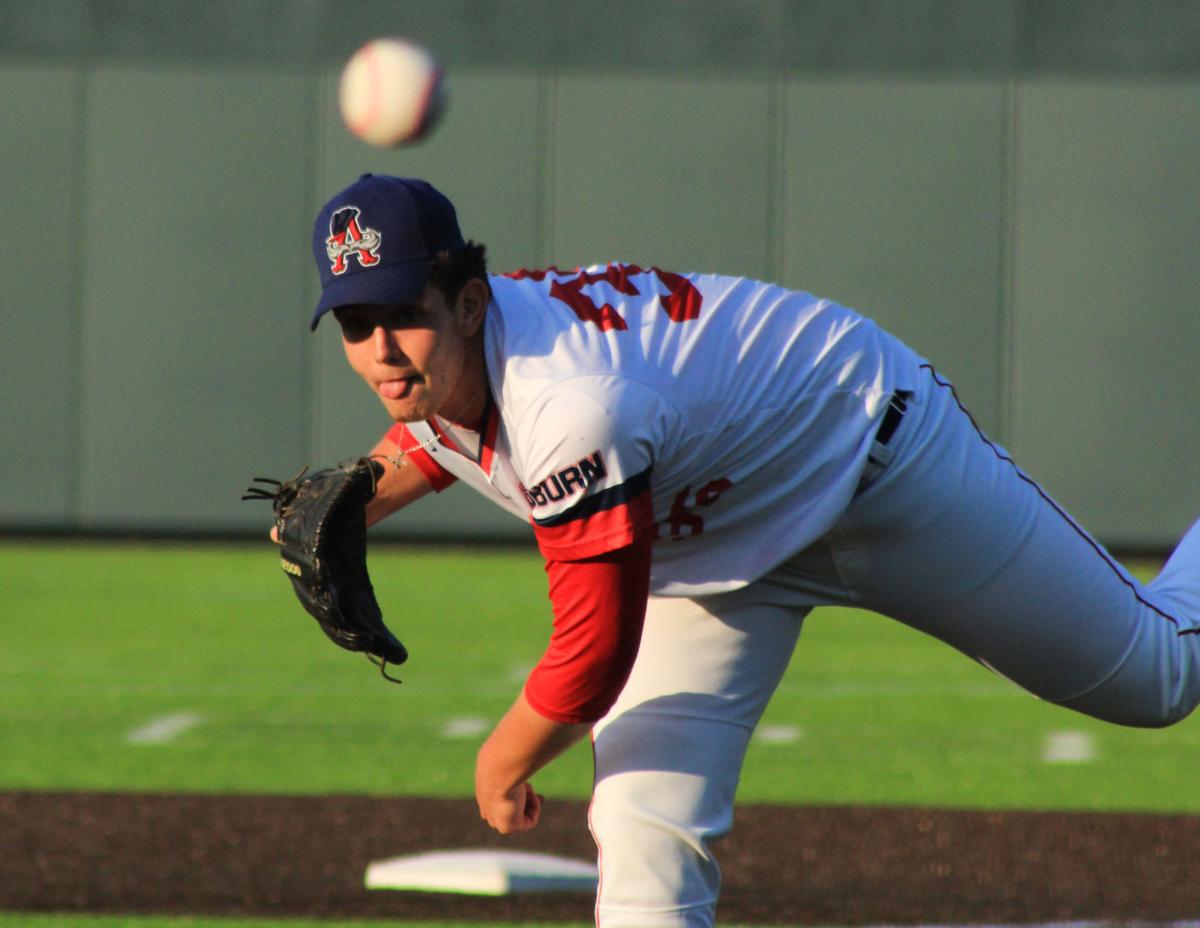 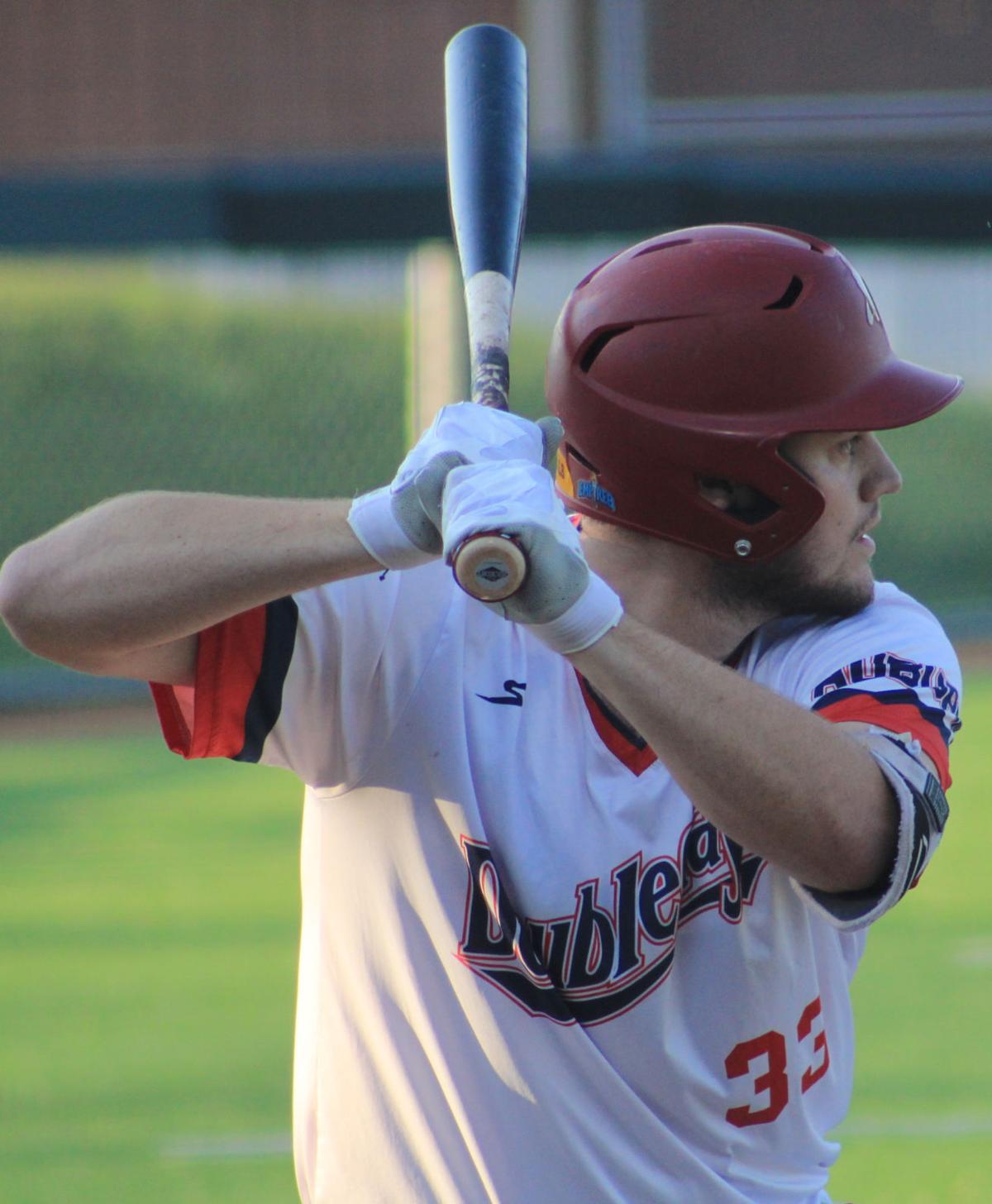 The Doubledays dispatched of the Mohawk Valley Diamond Dawgs 8-3 Wednesday at Falcon Park. The win improves Auburn's record to 26-18, a .591 winning percentage.

Auburn and Mohawk Valley are meeting in a two-game series to end the PGCBL's regular season, which decides which of the two teams will claim the final playoff position afforded to the Central Division. Utica, by virtue of a 20-3 win earlier on Wednesday, clinched the Central's other playoff spot.

Mohawk Valley (23-19) needed to win both games to overtake Auburn in the Central.

The Doubledays opened the scoring in the first inning when Griffin O'Ferrall, the PGCBL's batting leader, singled, stole a pair of bases and then scored on an error by the Diamond Dawgs' catcher. Mohawk Valley later tied the score in the second.

In the third, Auburn again took the lead on Brian Norsen's sacrifice fly. But again, in the fourth, Mohawk Valley answered with a run of its own.

There would be no matching of Auburn's fifth inning. The Doubledays plated five runs, with Matt Livingston and Norsen both dropping in run-scoring doubles, to take a 7-2 lead.

While Mohawk Valley managed one run in return, it wasn't enough. The Diamond Dawgs put one runner on in their final at-bats, but Adam Hoechstetter recorded the final three outs to save the game.

Another win for Auburn on Thursday, at Mohawk Valley, can secure a home game for the first round, which takes place on Friday.

Six teams in total qualify for the PGCBL postseason, which the top two teams from each division earning a berth. The two teams with the highest winning percentage earn a first-round bye in the tournament.

The final two teams will meet in a best-of-three championship round that begins on Sunday, Aug. 1 and will conclude Tuesday, Aug. 3.

As of Wednesday morning, three teams had already clinched playoff spots. Amsterdam (31-9) owns the No. 1 overall seed, while Saugerties (27-12) and Jamestown (28-14) battle for the second bye.

Auburn's win on Wednesday vaults the Doubledays past Utica for the Central Division lead. Another win guarantees Auburn the No. 4 seed in the bracket and a return to Falcon Park on Friday.

AUBURN — Lacrosse season remains months away, but four student-athletes from Auburn got a head start on their future plans.

Cayuga County-area bowling scores for the week of Nov. 21

PARADISE ISLAND, Bahamas — Bruce Pearl learned a lot about his Auburn team during a grueling three-day tournament in The Bahamas.

RALEIGH, N.C. — North Carolina State just needed to make sure it took care of business to give itself a chance to be in the mix for a conferen…

The Doubledays' Pierce Hendershot touches third base for a force out against the Mohawk Valley Diamond Dawgs Wednesday at Falcon Park.