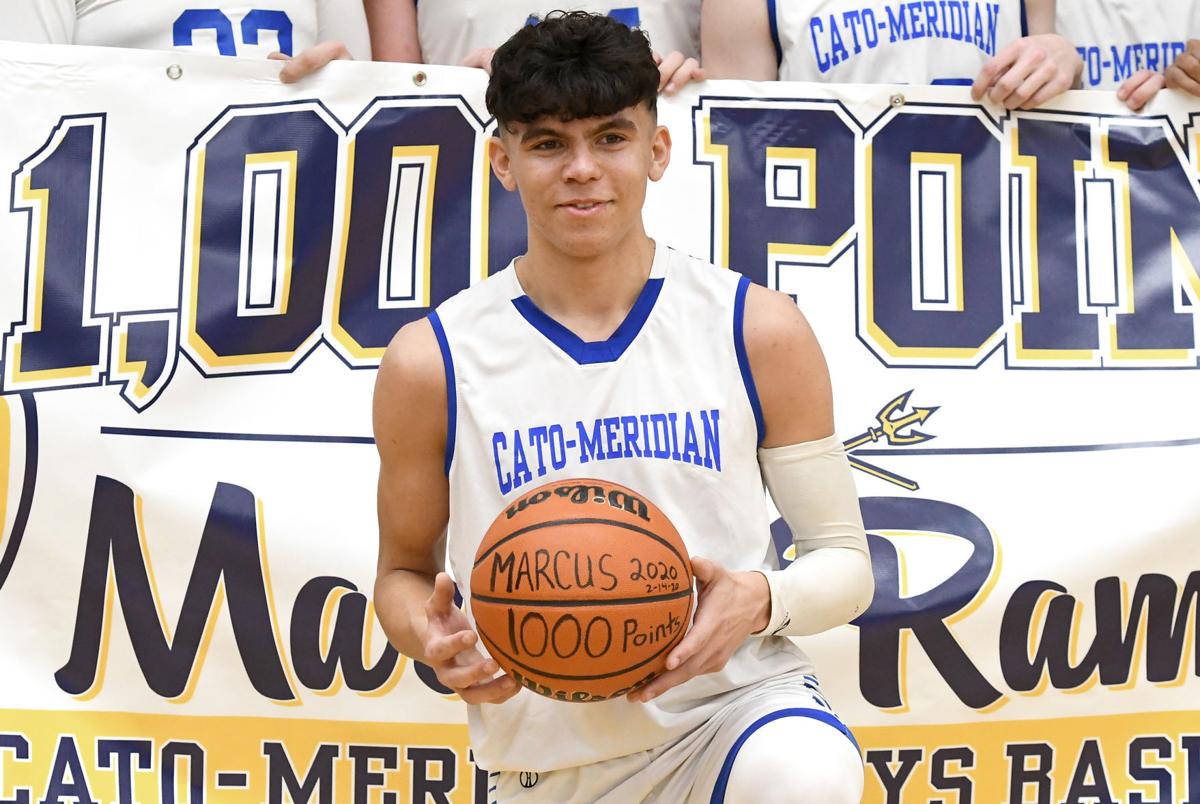 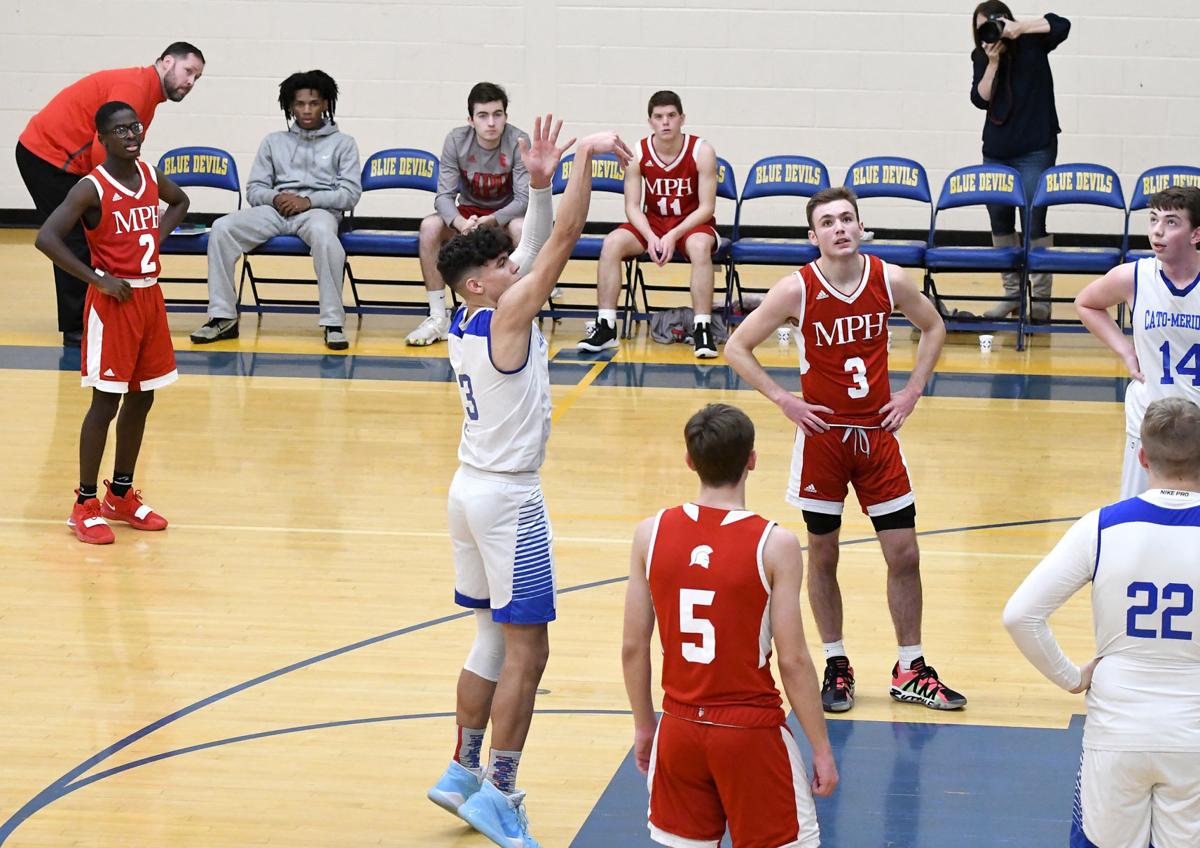 All eyes were on Cato-Meridian's Marcus Ramacus as he breaks the 1000-point mark from the foul line against Manlius Pebble Hill Friday night in Cato. 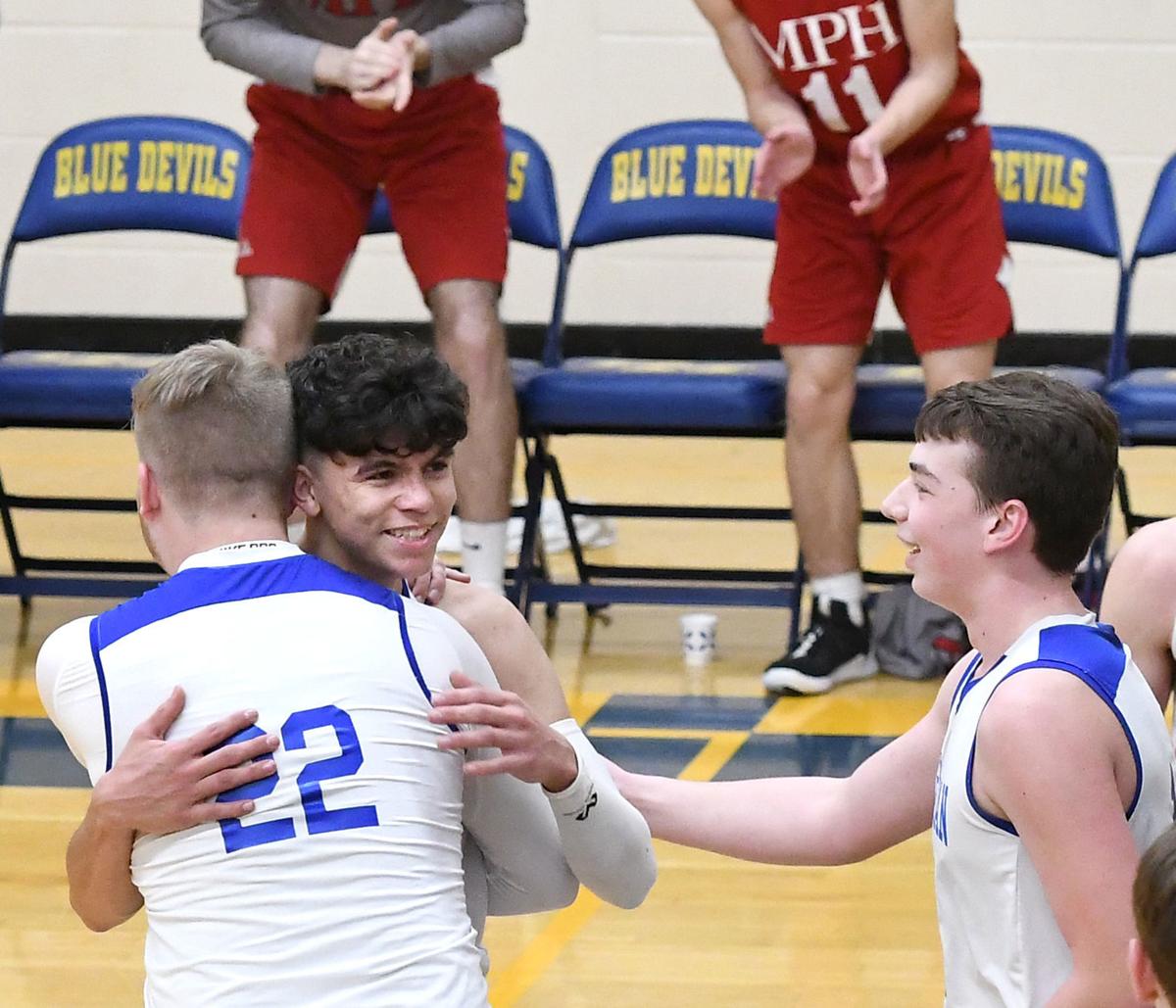 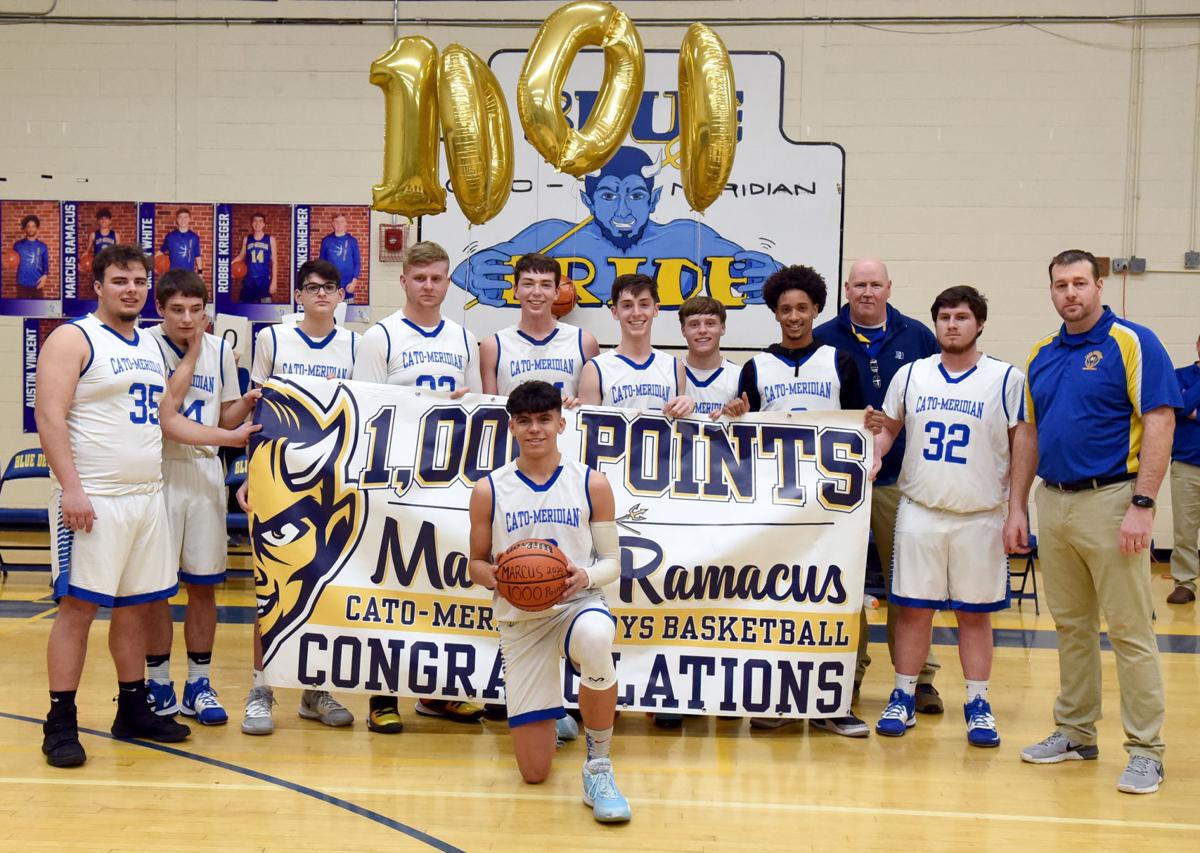 Ramacus drained a 3-pointer, scored a couple of buckets inside and made a free throw in the first quarter of the Blue Devils' game against Manlius Pebble Hill. Needing one point to reach the milestone, he drove to the basket and was fouled on his shot attempt.

On his first free-throw attempt, Ramacus stepped to the line, went through his pre-shot routine and released the ball.

Nothing but net. One-thousand points.

His teammates quickly mobbed him. The game was stopped for a brief ceremony recognizing his feat. Dave Johnson, a 1997 graduate who holds Cato-Meridian's all-time scoring record with 1,257 points, presented Ramacus with a ball commemorating the 1,000-point feat.

There is a connection between Cato-Meridian's most recent 1,000-point scorers: Cato-Meridian coach Mike Vargason. Vargason, a Cato-Meridian alumnus who played on the '97 team, assisted on Johnson's 1,000th point. Now, he's coaching Ramacus.

Leading up to Friday's game, Vargason wanted Johnson to be present for the milestone moment. He contacted Johnson and the all-time leading scorer accepted the invitation.

"I wanted him to be here for the whole program," Vargason said.

He got emotional talking about his team's leading scorer. Ramacus has been a force at both ends of the floor this season. He's a strong defensive player, is a good perimeter shooter and can finish inside.

"He's a heck of a kid," Vargason said. He added later, "It means a lot to me and the program. Coming back to my alma mater and running the program has been a dream come true. I'm happy for him, I'm happy for the team and now our next step is preparing for sectionals."

The Blue Devils (12-8) will learn their sectional opponent next week. It will likely be a road game, which means Ramacus and the other seniors may have played their last game at home.

Ramacus admitted that it was sad to think about, but he relished the opportunity to celebrate the win — and his 1,000-point feat — on his home court.

"It's an amazing feeling," he said. "It's something I'm never going to forget."

The Citizen's top 10 most-read sports stories of the month.

All eyes were on Cato-Meridian's Marcus Ramacus as he breaks the 1000-point mark from the foul line against Manlius Pebble Hill Friday night in Cato.