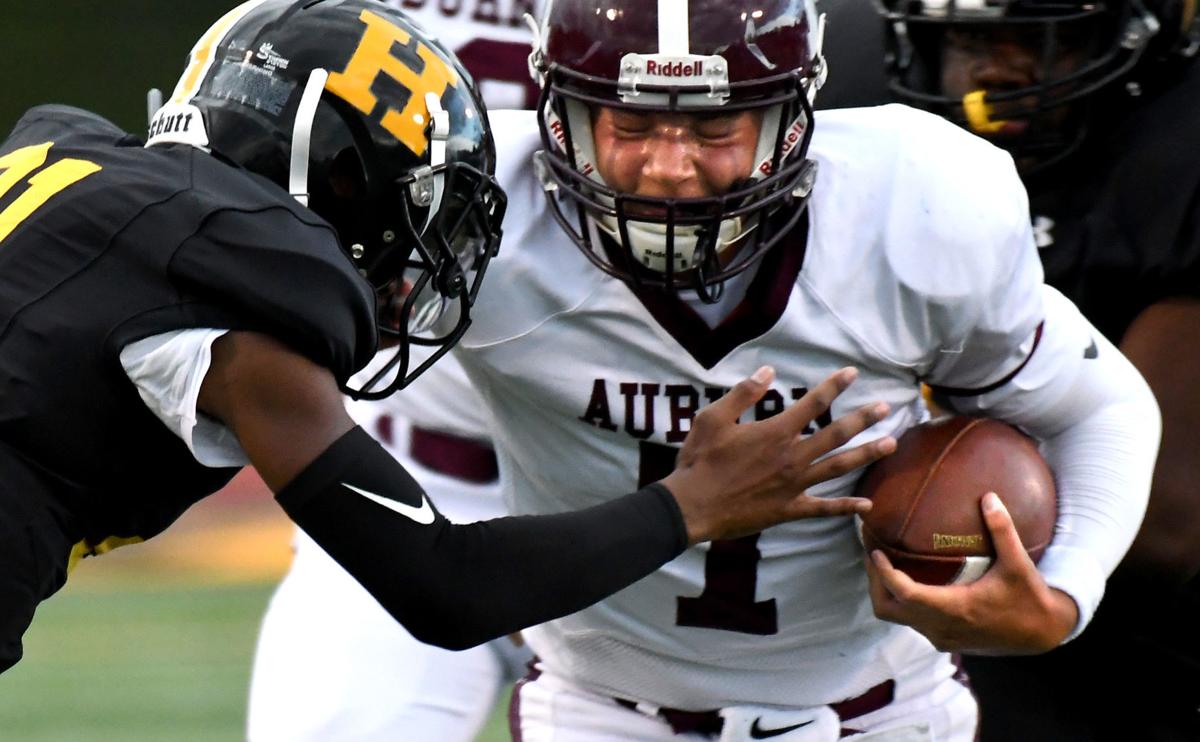 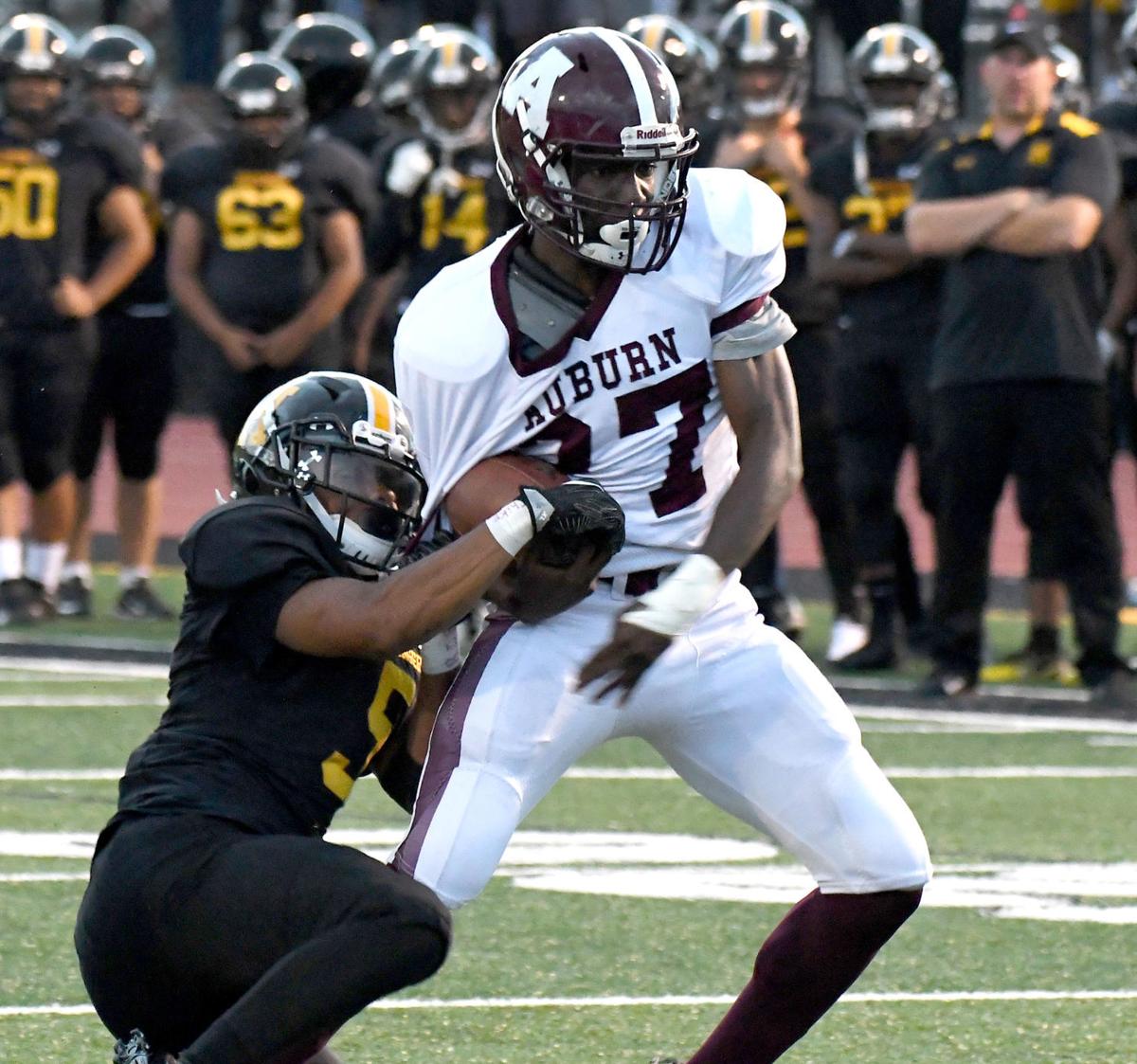 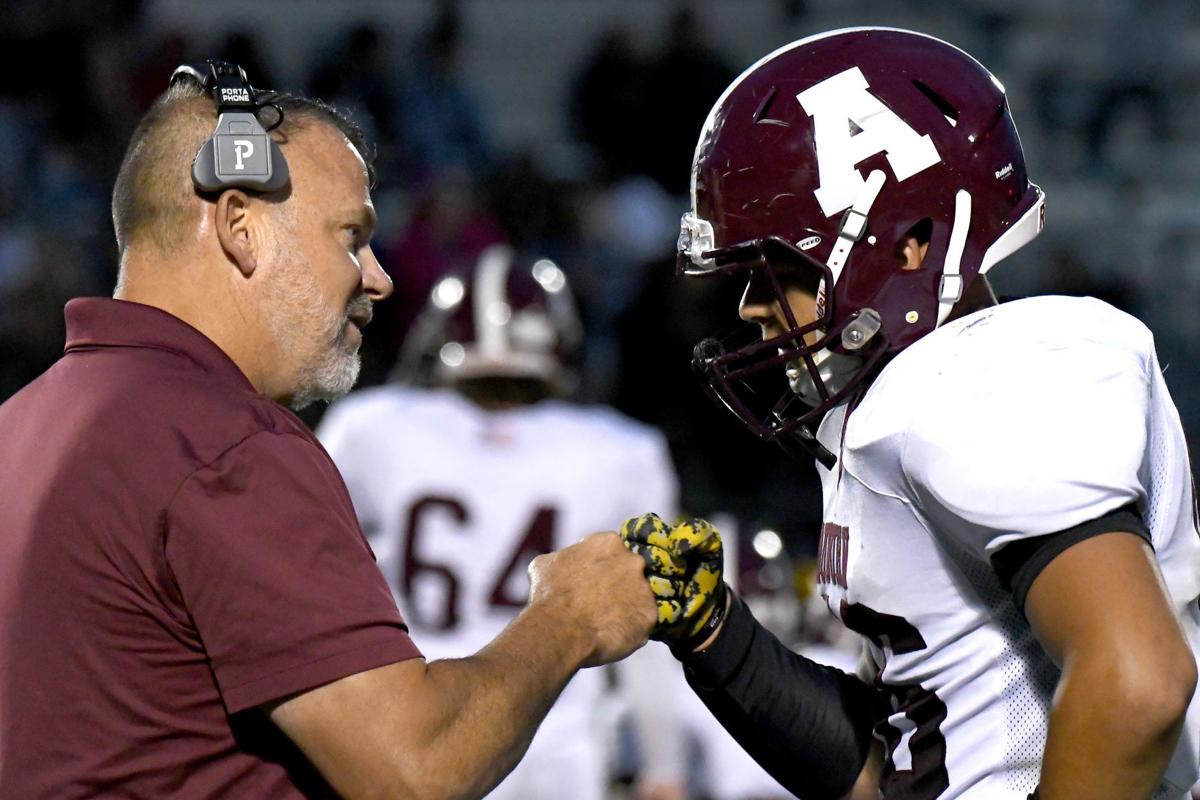 The Auburn High School football team used a solid defensive effort to squeak out a 16-14 season-opening victory over Henninger at Sunnycrest Field in Syracuse on Friday night.

The Maroons, a Class A team, went on the road and beat the Class AA Black Knights. Henninger only scored one touchdown on offense as the Auburn defense was nearly flawless in the second half.

Henninger had a chance to rally at the end when they intercepted Auburn quarterback Troy Churney at the Black Knights 20 with 2:11 left but the Maroons defense held as Owen Spearing sacked quarterback Gavin Cook on fourth-and-11. The Maroons then ran out the clock.

After the score was tied 8-8 at halftime, Auburn took the lead after Henninger had a high snap on a punt and was able to get the ball at the Black Knights' 15. The Maroons quickly took advantage as Churney kept on a busted play and crossed the goal line. Devari Agee scored on the two-point conversion and the Maroons went up 16-8 with 3:15 left in the third.

Late in the third quarter, Henninger scored on a 20-yard Takewon Lee fumble recovery for a touchdown. Auburn's defense held on the run attempt for two and the Maroons led 16-14 with 21 seconds left in the period.

At the start of the third quarter, Auburn had a chance to score. Personal foul and pass interference penalties set the Maroons up at the Black Knights' 27. Later, Churney kept on a fourth-and-four that gave Auburn a first-and-goal at the six.

Churney was stuffed on third and fourth-and-goal at the one as the Maroons turned the ball over on downs with 7:25 left in the period.

Late in the second quarter, the Maroons got on the scoreboard first as Churney threw a five-yard touchdown pass to Shaheed Beal. Agee ran in the two-point conversion that made it 8-0 with 2:14 remaining in the half. The drive came off a short field as Henninger's punt was blocked and Auburn started the drive at the Black Knights' 40.

Henninger came back to score the tying touchdown with 13 seconds left in the half. A face mask penalty gave Henninger a first down and it later scored on a fourth down play, a Cook touchdown pass to Greg Reeves. Jade McCrae ran in the two-point conversion that made the score 8-8 at halftime.

Neither team scored in the first quarter as Auburn stopped a Henninger drive at the Maroons' 10.

Auburn plays its first home game of the season next Friday when it hosts Section V's Penfield at Holland Stadium.

Jack Leader followed with a 36, Carter Mizro and Lucas Fedyshyn each posted 39s, while Christian Hogan carded a 40.

Auburn, 3-0 on the season, next plays Central Square at Greenview CC on Monday.

Jordan-Elbridge 4, Union Springs/Port Byron 2: In the opening round of the Jim Cufari Kickoff Tournament, Zane Vaughn and Michael Cabal each scored unassisted goals for the Wolves.

Skaneateles 6, Mater Dei 0: Owen Cheney led the Lakers with a pair of goals and an assist.